[Bookmark] Love, Curry, and the Quad: A Curious Story of Japan’s Indian Connection 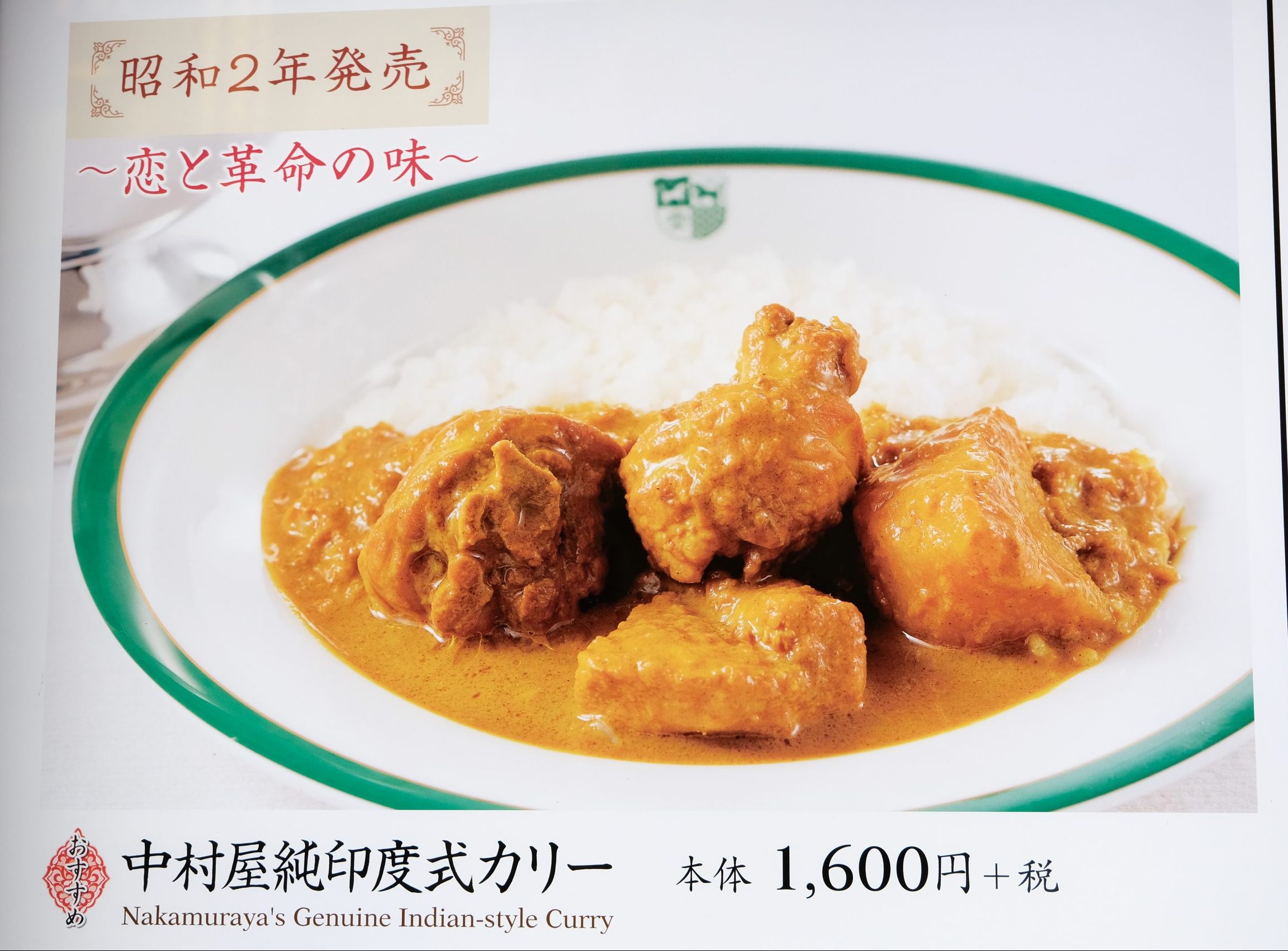 I’m sitting in the Nakamuraya restaurant in Shinjuku, wolfing down a substantial portion of chicken curry. In the alcove behind me hangs the painting of a young girl staring out at the world with a seriousness beyond her years. The menu bears an unusual slogan: “The taste of love and revolution.”

The backstory is that the young lady was the eldest daughter of the couple who owned and ran Nakamuraya in the early decades of the 20th century. In 1923, she married the man who invented the curry I’m eating. He was an Indian revolutionary called Rash Behari Bose.

A few hours earlier, I had been listening to an interesting online discussion about relations between Japan and India featuring Jagannath Panda of the Manohar Parrikar Institute of Defence Studies and Satoru Nagao, non-resident fellow of the Hudson Institute.

Former Prime Minister Shinzo Abe’s “free and open Indo-Pacific” brainchild is fast becoming an important geopolitical reality. India, traditionally suspicious of the United States, is now part of the Quad, a China-containment configuration that also includes Japan, the U.S., and Australia. But, as the two speakers pointed out, the developing relationship between Japan and India is driven almost entirely by security issues.

Human interchange, as measured by the number of Indians living in Japan and the number of Japanese living in India, is scanty. Likewise, economic ties. Despite the impressive performance of car-maker Suzuki, which has half the Indian market, thanks to its venture with local company Maruti, Japan ranks as No. 15 among India’s trading partners. For both countries, China is the No. 1 counterparty.

For the Quad to stay in business for decades to come, as will likely be required, the relationship between Japan and India will have to broaden from the current emphasis on security. As it happens, there is no better symbol of Japan-India human interchange than the Nakamuraya restaurant itself.

Revolution and Relations Grounded in Curry

Nakamuraya started serving curry in 1927, a couple of years before Veeraswamy, the oldest Indian restaurant in London, opened its doors.  Curry had been served in Japan well before then, but it was in the form of a thick stew originally copied from Indian cooks aboard British naval vessels. Nakamuraya calls its more authentic product karii, as opposed to kare raisu, which is the standard term for Japanese-style curry to this day.

Bose is well-known in Japan for having invented the Nakamuraya curry, but he is a much more significant figure than that. A member of the Indian revolutionary underground, he fled to Japan in 1915 after staging a bomb attack on Lord Hardinge, the Viceroy of India. The viceroy survived his wounds, though his servant was not so lucky.

From then on, Bose (not to be confused with the more famous nationalist, Subhas Chandra Bose) was a marked man. The Anglo-Japanese alliance required the Japanese government to hand him over to the British authorities, which would probably have led to the death sentence which had been the fate of his co-conspirator.

Fortunately for his sake, Bose had developed connections with important figures in Japan’s pan-Asian movement, and a sympathetic journalist from the Tokyo Asahi Shimbun covered his plight. Among the many newspaper readers who had been moved and angered by the article were Aizo and Kokko Soma, the couple who owned and ran Nakamuraya.

The nearest equivalent to Nakamuraya in today’s world would be a hipster restaurant with a gallery and live music space. In the words of Richard Nathan, writer and publisher of the Red Circle imprint, the Somas were “a dynamic and radical couple…. Their circle included activists, poets, and university professors as well as artists — locals, returnees, and non-Japanese alike.”

They actively supported artists that they respected by offering studio space and lodgings in an annex behind the bakery. It was there that famed painter Tsune Nakamura created the portrait of their 15-year-old daughter Toshiko which hangs in the alcove of the curry restaurant. The infatuated Tsune also completed several more portraits of the girl, including a nude study, which was highly esteemed by critics, but not by her Christian school teachers.

Another member of their salon was the sculptor Rokuzan, who had studied under Rodin in Paris, thanks to financial support from the Somas. Like many artists of the era, he died young. His last work was an erotically charged female figure which bore an uncanny resemblance to the woman he was in love with, Kokko Soma herself.

It was the Somas who provided a safe house for Bose when he was a day away from being forcibly expelled from Japan.

The plan was devised by Mitsuru Toyama, a powerful political fixer who was a committed pan-Asianist and head of the Black Dragon Society, so named after the Chinese word for the Amur River. Toyama and his friends had already supported several political exiles in Japan, including “Father of the Chinese Nation” Sun Yat-sen and anti-colonial activists from the Philippines and Vietnam.

The plan to whisk Bose away from under the noses of the authorities was beautifully simple. The Japanese police took Bose and his compatriot Gupta to a farewell dinner at Toyama’s house in what is now the grounds of the American embassy. As is the Japanese custom when entering a residence, the two Indians left their shoes in the lobby, where they were in plain view of the waiting Japanese police.

What the cops did not know was that, after a few rounds of sake, Bose and his friend had donned alternative footwear and slipped into the grounds of the next-door house, owned by one of Toyama’s friends. Another friend was the proud possessor of one of the few high-speed cars in Japan at the time. Before the cops knew what was up, the two Indian nationalists had arrived at Nakamuraya in Shinjuku, where they were bundled into the annex.

As far as the authorities were concerned, the fugitives had disappeared into thin air.

In due course, Gupta, who was not facing serious charges, gave himself up and left for the United States, but Bose spent three years moving from safe house to safe house. It should have been easy to trace an Indian in Taisho-era (1912-1926) Japan, but the formidable Toyama, who had himself been jailed as a young man for anti-government violence, knew how to keep the secret intact.

The Somas’ young daughter, Toshiko, was enlisted as an inconspicuous bearer of messages to and from Bose. That gave Toyama an idea: What if Bose were to marry Toshiko?

Kokko had refused to accept the penniless and consumptive painter, Tsune Nakamura, as a suitable match for her daughter. On the face of it, an Indian on the run from the police was an even worse bet. According to Takeshi Nakajima, Bose’s Japanese biographer, Kokko left the decision to her daughter, explaining that it would be no ordinary marriage and might end in disgrace or death.

Toshiko’s answer: “I know that. You and father are worried, but please let me go ahead.”