[Bookmark] What Have Love, Curry, and the Quad Got to Do with Japan’s Security? 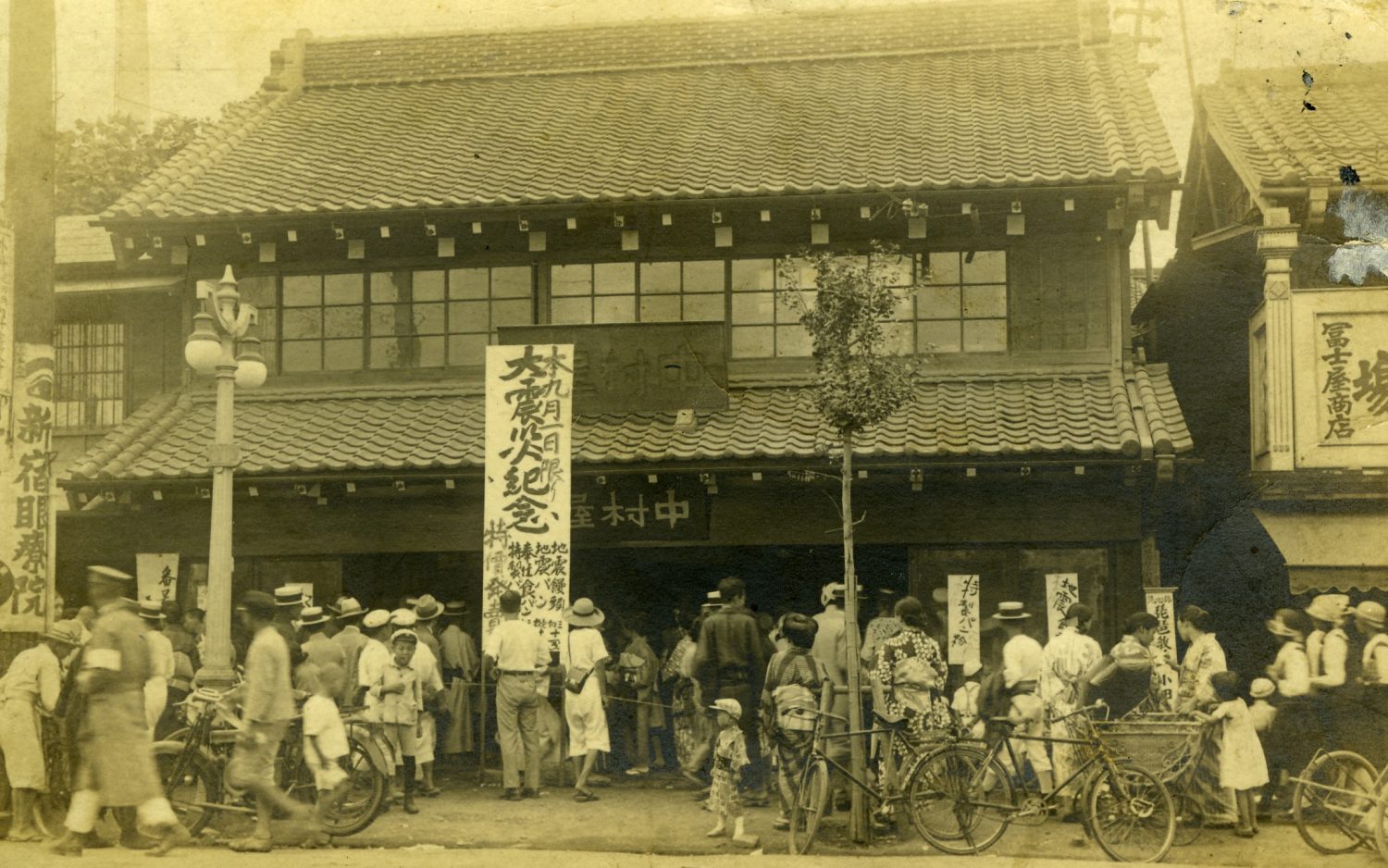 In order to allay suspicion, Toshiko and her parents breached custom by traveling to the ceremony by streetcar and in ordinary clothes. Toshiko’s wedding kimono had been sent directly to Toyama’s house by the Takashimaya department store.

Intellectual Dynamism of the Nakamuraya World

In the crude ideological categories of today’s world, Mitsuru Toyama carries the label of “right-wing nationalist.” He was a major figure in two semi-clandestine organizations, the Black Dragon Society and the Dark Ocean Society, and through mysterious means rose from poverty to riches while remaining a private citizen all his life. Yet, he was on good terms with the bohemian Nakamuraya crowd, to the extent that examples of his calligraphy remain in the Nakamuraya art collection to this day.

Historian Ian Rapley of Cardiff University says this about the Nakamuraya circle: “There were undoubtedly strong socialist and in particular anarchist connections, but, while we might characterize them broadly as ‘progressive’ or some similarly loose term, it is important to recognize that many associations crossed what seem, to contemporary eyes, to be intellectual boundaries.”

What gave the Taisho era (1912-1926) its freewheeling dynamism — so different to what came before and after — was this willingness to cross boundaries and the intellectual ferment that it generated.

With the end of the First World War, the British pretext for arresting Bose — that he was a German agent — lost validity. Bose came out of hiding and took his place in the Nakamuraya family. An accomplished linguist who had quickly mastered written Japanese, he set himself up as writer and activist for Indian independence.

Taking His Place in the Nakamuraya Family

In 1923, Bose took Japanese citizenship. His sponsors debated whether he should be added to his wife’s family register (a crucial aspect of Japanese identity) or start his own, as might be more fitting for a male. In the end, he started his own register, using Chinese characters for his surname. Toshiko died at the young age of 26 after bearing two children. By then, Bose was a shareholder and director of Nakamuraya and had built a house for himself in Harajuku.

Shinjuku was changing from a sleepy semi-agricultural suburb to a major hub. When the Mitsukoshi Department Store opened a branch there, Nakamuraya’s revenues plunged 15%. That was the context in which Bose created his “authentic Indian curry.”

Biographer Nakajima believes that Bose had an anti-colonialist agenda too: he couldn’t bear the thought of Japanese people assuming that the basic fare served up on the colonizers’ warships was a true representative of India’s national dish.

In reality, Bose’s curry had to be modified for Japanese tastes. The spices had to be milder, the meat off the bone and indica rice swapped for something softer and stickier. Here, the Somas came up with a masterstroke by reviving shiromemai, a rare variety favored by the shogun and the imperial family in ages past.

The product was a hit. Nakamuraya was able to charge eight times the price of British navy-style kare raisu as wealthy sophisticates flocked to the restaurant.

Yet the British had the last laugh. In Japan, kare raisu remains the overwhelmingly dominant format, to the extent that Ichibanya, a stock market-listed kare raisu purveyor, has opened restaurants in India itself, as well as several other Asian countries. Indeed, if you want to know what the food was like on board a British warship in the mid-19th century, the best place to look today would be in a low-budget eatery in Japan.

Bose and the Somas were great admirers of Rabindranath Tagore, the Nobel Prize-winning Indian poet and thinker, and welcomed him several times during his five trips to Japan. Tagore had become increasingly critical of Japan’s copying of Western modernization, particularly its imperialist designs on the east Asian continent. Other erstwhile Indian admirers of Japan, such as Jahawal Nehru, later to become India’s first prime minister, felt the same way. In the 1920s, Bose did too, and published articles that deplored Japanese policy towards China.

In the 1930s, however, Bose’s attitude changed to a whole-hearted endorsement of Japanese expansionism. As he said himself, he was prepared “to shake hands even with Satan himself to drive out the British from India.”

His aim was Indian independence. And Japan never showed any interest in extending its empire into the subcontinent.

Although never a military man, Bose in 1943 was given the task of organizing and leading the Indian National Army, a pro-Japan force recruited from Indian prisoners-of-war captured by the Japanese in Hong Kong and Singapore. Eventually, command was transferred to his more famous fellow-Bengali, Subas Chandra Bose, also by no means a military man. The INA’s attempt to invade India from Burma ended in a disastrous defeat.

Neither Bose lived to see the end of war, let alone Indian independence, which followed two years later. Chandra Bose went down in a plane crash. Rash Bose died of illness in January 1945, while the bombs fell around him. His son Masahide — “straight and excellent,” a name chosen by Toyama —  died in the Battle of Okinawa.

His daughter Tetsuko — “child of wisdom” — passed away in 2016 at the age of 93. She lived most of her life in the RB Building in Harajuku, named after her father and constructed on the site he acquired in the mid-1920s.

The Bose Legacy and Today’s ‘Quad’

History is never kind to the losers, and Bose and his pan-Asian backers are often dismissed as apologists for Japanese imperialism. That is certainly part of the story, but by no means the whole. A more nuanced verdict comes from Professor Cemil Aydin of North Carolina University.

“Despite its internal paradoxes and its tensions with the logic of Japanese imperialism, pan-Asianism nevertheless allowed Japan to conduct a relatively successful propaganda campaign against Western imperialism in Southeast Asia while motivating numerous idealist Japanese activists and their collaborators. Pan-Asianist propaganda, accompanied by Japan’s own imperial expansion during WWII, did contribute to the end of Western empire,” Aydin wrote.

The pan-Asianists may have been right about the western colonizers, but they were woefully naïve in assuming that the natural state of Asia was one of peace and harmony between different peoples. There was nothing in pre-colonial history to support such a belief, nor does contemporary reality correspond with it.

Which takes us back to the Quad — specifically, the lack of human interchange between Japan and India. What Japan needs today is tens of thousands of Rash Boses and hundreds of institutions like Nakamuraya.

It could also do with a 21st century version of the Taisho era, which absorbs not just Western trends but, to quote historian Ian Rapley on the Nakamuraya circle, “a complex and unpredictable mix of influences from across the globe.”

Ultimately, Japan’s own security is at stake.