[Bookmark] Musashi Suzuki: Proud of Being One of Many Japanese with a Different Skin Color 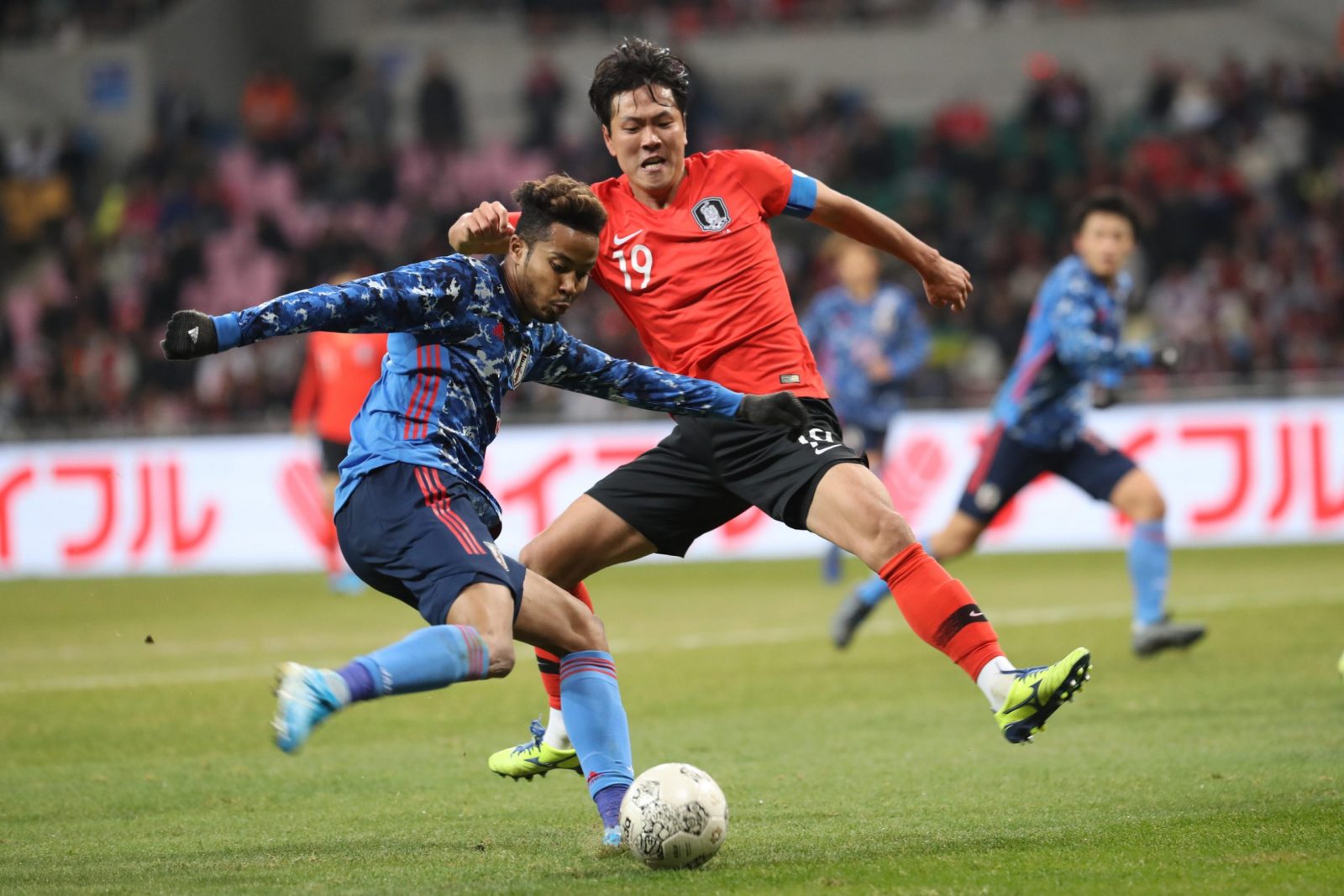 Musashi Suzuki, who was born of a Japanese mother and Jamaican father and raised in Japan, has endured bullying about his skin color and hair texture since childhood. Yet, confident of who he is inside, the talented soccer player has been able to rise above those detractors and demonstrate the leadership and integrity that inspires fans, teammates and especially the many mixtures of young half Japanese in today’s world.

This is the conclusion of a 2-part series for JAPAN Forward compiled using extracts from the book Musashi and Musashi (Tokuma Shoten Publishing, 2021), and an article in the sports magazine NumberWeb.

In November 2019, I was on the receiving end of a discriminatory message on social media.

I was relaxing at home when it happened. I casually glanced at one of my social media accounts on my smartphone to find a tweet from a supporter saying, “Suzuki-san, someone has written this about you.”

I was curious so I had a look at the tweet:

“The cheek of playing for Japan looking like that,” it said.

I instinctively closed my eyes and let go of my smartphone. I was shocked, saddened, and angry. I struggled to stay calm. My heart was pounding.

I stared at the ceiling for a while and thought about it.

“I’ve been told this kind of thing before. There will always be a few people who will never accept me as a Japanese person playing for Japan. Even if I’m not involved with the national team, folks would probably still comment on my appearance,” I thought.

I tried to accept it. But then I thought to myself: “OK, so I might look different, but I’ve worked hard using my Japanese soul. How on earth am I supposed to get accepted?”

I was overwhelmed with feelings of anger and despair. After a period of feeling stunned, I picked up the phone that I had thrown at the sofa.

I looked at the tweet again. Instead of getting emotional, I read it calmly this time.

“I think I should say something about this.”

I suddenly felt a sense of responsibility.


I’m Grateful That I Was Raised in this Wonderful Country, Japan

The old me probably would’ve just ignored the message. But as a Japanese person, and as a player for the national soccer team, I felt that I needed to do something.

So, how should I reply? I thought about it calmly, but then I got emotional: “I’ve been on the receiving end of this disgusting discrimination!” “Look at this disgraceful abuse!”

But then on second thought, responding in this way would only put me on the same level as the abuser. Nothing would be gained.

If I stayed silent or responded in a childish way, it could cast a negative shadow on not just me but also these children. I really didn’t want that. Therefore, I thought about expressing my true feelings in a mature manner.

I decided to do it alone without consulting anyone. Eventually, I managed to open up my social media account and write the following message:

“Thank you to the person who informed me about this tweet. It’s okay. All I can do is respond with my feet on the soccer pitch. Because that’s all I’ve done ever since I was small. To be honest, I wouldn’t have been able to play for Japan without my dad’s genes. I am proud of being half black. And I am grateful that I was raised in this wonderful country, Japan.”


Driven By a Hatred of Losing

The abuser is also just one person. I didn’t want to attack one specific person. All I was doing was expressing my feelings in a mature way.

Shortly after I posted my tweet, I was flooded with a wave of direct messages. Some were supportive but many of them were abusive.

In fact, I hold no grudges against those who sent me negative messages. Because if my life had solely been a string of positive messages, I wouldn’t have been driven by my hatred of losing and a desire to prove people wrong – which is my greatest driving force.

If I’d been spoiled, and lost all aspirations, the current me would not exist. The current me is the result of being told negative comments and me responding with thoughts such as “I will not lose” and “I will prove them wrong.”

I’ve been determined to push myself further and rise to a higher level. This has shown itself on the pitch. This mentality has been my driving force, and I think it will continue in the future.

If I find myself faced with something negative, I try to think that it might eventually be something positive, and that I could end up being grateful.

Of course, not everything that happens is negative. But if you try to see things positively, you become a positive person. I genuinely believe this.

Having said that though, there are some things you need to be careful about.

In the end, I became able to deal with negativity, but there are sometimes hurtful situations that are difficult to shake off.

Words sometimes help, but they can also be very cutting. Some people are aware of this, but some others aren’t. As a result, there will always be an element of suffering in a society made up of different personalities.

The experience might be even more painful for children. Therefore, advice from someone in my position, who’s had a difficult experience, might resonate more with such children.

For me, representing the Japan national team, on behalf of the Japanese people, is a huge honor. Since getting selected, I feel immense pride as a Japanese person.

“My friend’s child is half-African and half-Japanese. The other day he said he wanted to be like Musashi Suzuki.”

“I’m half-Nigerian, half-Japanese. I’m aiming to be like you.”

But while this might be the case, I too am inspired by other famous half-black, half-Japanese sports professionals, such as Naomi Osaka, Rui Hachimura, Abdul Hakim Sani Brown, and Asuka Cambridge. They make me want to keep trying hard.

In particular, I feel close to Asuka Cambridge because just like myself, he has a Jamaican father, and our Japanese mothers were acquaintances in Jamaica.

Before making the Japan soccer team, I used to think to myself: “How can I become Japanese?” But, later, when I did make the team, I realized that there are people out there encouraging me to succeed.

Therefore, whenever I receive abuse, I try to remain dignified and not let it affect me. I try to rise higher.

And then, in December 2019, I scored my first international goal for Japan.

(Find Musashi Suzuki’s book on which these excerpts are based at this link, and the related magazine article in Japanese on the website for the sports magazine NumberWeb, at this link.)