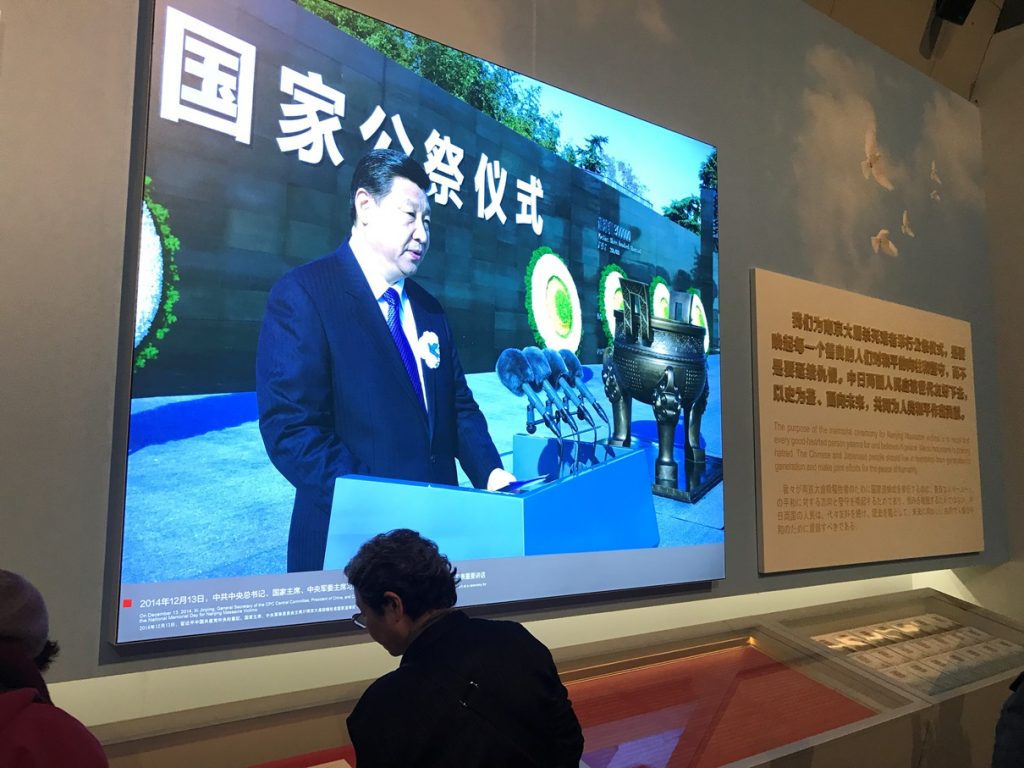 The occupation of Nanjing is an event for which Japan can take no pride. The 300,000 tally, however, is pure fantasy. It is time to discard it and move towards a balanced historical accounting once and for all.

The six-week Nanjing Massacre of 1937-1938 remains a bone of contention between China and Japan more than 80 years after it occurred. The Chinese claim 300,000 died, the Japanese considerably less. The West, for its part, retains a passionate stakeholder role for predominantly self-serving reasons.

In Part 1 of this series, we detailed primary source evidence and contemporaneous observation, leading to the conclusion that there is little support for the Chinese claim. In Part 2, we address the emotive and political considerations.

The primary legitimation for the broad acceptance of a great civilian massacre at Nanjing is the finding of the International Military Tribunal of the Far East, better known as the Tokyo Trials, that more than 200,000 perished. This figure was based on the burial records of two organizations, the Red Swastika Society and Chongshantang, at 43,071 and 112,261, respectively.

The Red Swastika Society was the Chinese version of the Red Cross. Its figures are held to be substantively correct. Chongshantang is a shadowy organization whose statistics were compiled years after the event. Its numerical total, in being far greater and having far more victim specificity than that of the Red Swastika Society, the organization with primary burial responsibility, is highly questionable.

In addition, the trial accepted at face value a wealth of hearsay evidence, the most extraordinary being from a civilian named Lu Su of exactly 57,418 massacred at Mufu Hill, just outside of Nanjing’s city walls. Lu Su’s evidence was not even firsthand, but a story recounted to her by two wounded Chinese, one a soldier and the other a policeman. Nonetheless, it was accepted into evidence despite the protestations of the defense.

To the layman, the Tokyo Trial is seen as the counterpart of the Nuremberg Trial, whose judgements and procedures have never been seriously questioned. Among academics, however, the Tokyo Trial is generally viewed as a mixture of victor’s justice and sham.

The victor’s justice argument is based on the conviction of Japanese leaders on ex post facto statutes, laws which did not exist when the alleged crimes occurred.

The sham argument is grounded on notable absences from the trial, in particular, the Manchurian-based biological experimentation facility, Unit 731.

The American-led prosecution at the Tokyo Trial faced a central dilemma. As the war within Asia had predominantly been between imperial powers over control of imperial possessions, it was tasked with drawing a distinction between the crimes committed by Japan and those that the prosecuting nations had themselves inflicted upon the peoples of Asia, and were continuing to inflict even as the trial was taking place.

It dealt with the contradiction “by ignoring it,” concludes John Dower in his Pulitzer Prize-winning Embracing Defeat (WW Norton & Co, 2000). Japan’s aggression was “presented as a criminal act without provocation, without parallel, and almost entirely without context.”

To this end, the acceptance of a great massacre at Nanjing was very much within the trial’s broad aim of differentiating the behavior of the Japanese from that of the Western imperial powers.

The Nanjing Numbers at Work

It is notable that on social media debates regarding the relative merits of Japanese and Western imperial activity invariably turn to Nanjing, with the insinuation being that “at least we don’t have a massacre of 300,000 to our name.”

The 300,000 is also routinely employed as a trade-off against the tallies of civilian death at Hiroshima and Nagasaki.

For an example of Nanjing whataboutism from academia, turn to Travels in the Atomic Sunshine (Scribe U.S., 2008) by Robin Gerster, an Australian academic. Gerster’s book details the tenure of the Australian contingent of the British Commonwealth Occupation Force during the occupation of Japan. The conduct of the Australians left much to be desired, with most activity being devoted towards black marketeering and fornicating, with not a few beatings and rapes included.

There is an obvious comparison available to Gerster as he seeks to place this six-year tenure of sexual predation into context: the multi-year Japanese comfort women program. Instead, he opts for the six weeks of Nanjing.

First, Gerster details a wealth of Japanese Nanjing-based sexual allegations — including rape, mutilation, murder, incest, and sex with corpses — before stating that the Australian “occupation forces cannot be charged with anything remotely resembling” the atrocities at Nanjing, and that “occupation veterans would rightly be appalled at such a comparison even being contemplated.”

Gerster is indeed right. There is little comparison between his account of the six-week massacre at Nanjing and the six-year tenure of the Australian occupation force, but there is even less relevance in that comparison being made. A comparison with the Japanese comfort women program, however, would certainly be pertinent.

It is also of note that Gerster’s string of Nanjing allegations is offered without endnotes, which he presumably believed his readership would uncritically accept. This omission does much to suggest how broadly successful has been the establishment of the Nanjing Massacre for the purpose of differentiation. 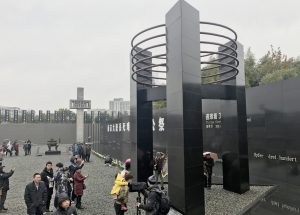 The Chinese are aware of how problematic their 300,000 total is, but view it in a somewhat holistic refrain.

In the summation of historian Mark Eykholt, the 300,000 is more than just a number. It is “a multi-layered symbol” of the “pain inflicted on China by western and Japanese power, and those who try to lesson or deny this number are, by extension, attempting to deny imperialist aggression.”

Sun Zhaiwei, a leading Chinese historian, has pointed out that even the “sensitive subject” of the Chinese death tolls at Nanjing can be discussed as long as “one respects and recognizes the historical fact” that the Japanese military “wantonly slaughtered the Chinese people on a large scale.”

An avenue thereby appears to exist under which China can amend its claim.

The West may yet prove more resistant than the Chinese, for the time being at least. For an informed estimation of the actual toll, turn again to John Rabe, who opted for between 50,000 and 60,000. Of these, around 30,000 were combat casualties who should not be included in massacre statistics, despite invariably being so in estimation after estimation. Twenty thousand were executed deserters and stragglers whose status was contentious.

That leaves around 10,000, a number that comports with both the tally at the Memorial Hall to the Victims of the Nanjing Massacre, and the March-April 1938 sociological study carried out by Professor Lewis S.C. Smythe of Nanking University.

But 10,000 civilians over six weeks? There were six-week periods within the Vietnam War that broached that figure, not to mention the tens of thousands of Japanese civilians who died as a result of firebombing and nuclear attack during the final stages of the Asia-Pacific War. For the purpose of differentiation, 10,000 to 30,000 simply won’t do. The West requires a six-figure total. 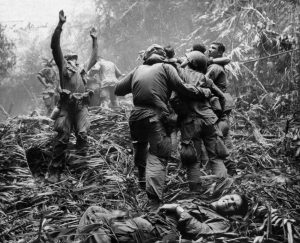 Iconic scene from the Vietnam war 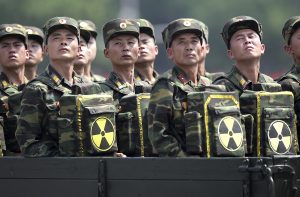 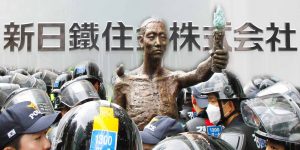 An End to the Controversy

Can a solution be found? Over the past five decades, the Chinese have chosen to fixate on Japan for the purpose of engendering nationalism, partially because a dissemination of their full range of grievances would set them off against an impractically large number of nations.

As China continues to rise, however, its reluctance to challenge the West becomes less of an imperative, as Australia is presently discovering, opening the door for events such as the Opium Wars, Western atrocities during the Boxer Rebellion, and the Korean War to become ever more prominent symbols.

As the significance of Nanjing Massacre diminishes to the Chinese, they may choose to extricate themselves from the dilemma of defending the 300,000 figure by simply announcing that it should indeed be seen as representative of the 100 years of humiliation, while providing exhibits on the full century-long historical timeline at the Memorial Hall. This would likely be acceptable within Japan.

The West would then have three options. The first is to cease exploiting Nanjing for the purpose of differentiation, thus moving towards conceding that the tenure of imperial Japan was little different from those of the Western powers.

The second is to take up the mantle of Nanjing Massacre promotion itself.

The third is to look for an alternative event with which to replace Nanjing as an example of Japanese imperial exceptionalism.

In reality, a substitute does exist in the form of the aforementioned Unit 731. Embracing it as the new “Nanjing,” however, would ultimately lead to questions as to why Shiro Ishii, the unit’s driving force, was provided immunity in exchange for the unit’s data, and spent portions of 1948, the penultimate year of the Tokyo Trial, as a guest lecturer at the American biological weapons facility at Camp Detrick, Maryland. Moreover, how embarrassing would it be if the West latched onto Unit 731 and the Chinese responded by asking for the experiment data to be returned!

A further possible scenario is of the West abandoning the notion of 300,000 without any prompting from the Chinese at all. This is not at all unlikely. If newfound Chinese assertiveness is perceived as having gone too far, Western support for the 300,000 figure may vanish in rapid time. In short, the West may decide that Nanjing serves better as an example of modern-day Chinese duplicity than of differentiation between the West and Japan during an imperial era that is rapidly transitioning from living memory into recorded history.

There can be little doubt that the occupation of Nanjing is an event for which Japan can take no pride. Eight staff officers were recalled to the homeland and temporary commander, Prince Asaka, would call on Prime Minister Koki Hirota to apologize for “all of the trouble he had caused him” in the presence of foreign ministry officials. Additionally, courts martial were ultimately held at Nanjing itself.

The 300,000 tally, however, is pure fantasy. Whether through political, logical, or evidential rationale, it is time to discard it and move towards a balanced historical accounting once and for all.