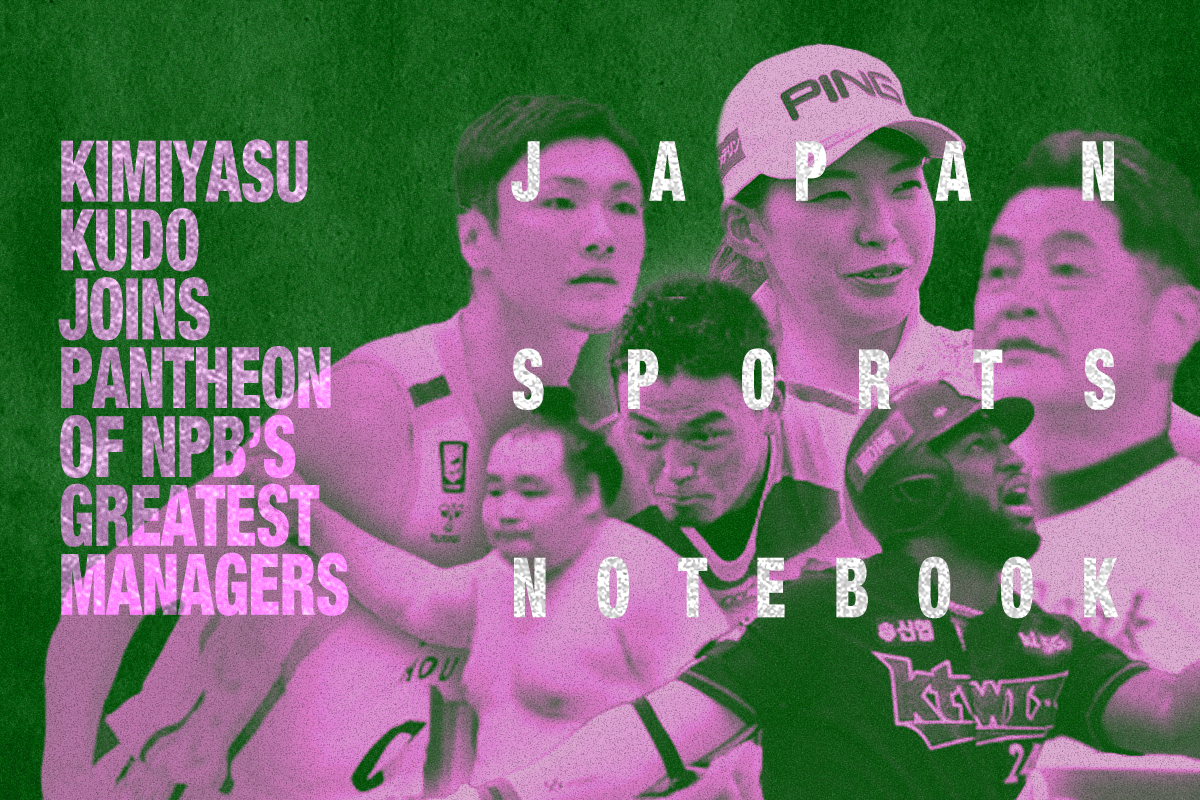 The gold standard for managers in Nippon Professional Baseball is Tetsuharu Kawakami.

The dugout boss for the Yomiuri Giants from 1961-74, Kawakami piloted the club to 11 Japan Series championships, including an unprecedented nine straight from 1965-73 (the V9 era). What's more, the Giants triumphed in all 11 Japan Series they participated in during Kawakami's managerial reign.

That level of success on the sport's biggest stage highlights how Kawakami was able to push all the right buttons and motivate his players to never be complacent or lose focus in terms of their ultimate goal.

It's safe to assume that the Giants' record of nine straight championships will probably never be broken, but that shouldn't diminish the respect that Fukuoka SoftBank Hawks manager Kimiyasu Kudo deserves for what he's accomplished since being hired in 2015.

The Hawks have appeared in the Japan Series five times (2015, 2017-20) and won every time, completing their second straight sweep of the Yomiuri Giants in November.

Clearly, it's time to recognize Kudo as the Kawakami of this era. He's one of the greatest Japanese baseball managers of all time. Others on that list include Masaaki Mori, Shigeru Mizuhara, Osamu Mihara and Kazuto Tsuruoka. 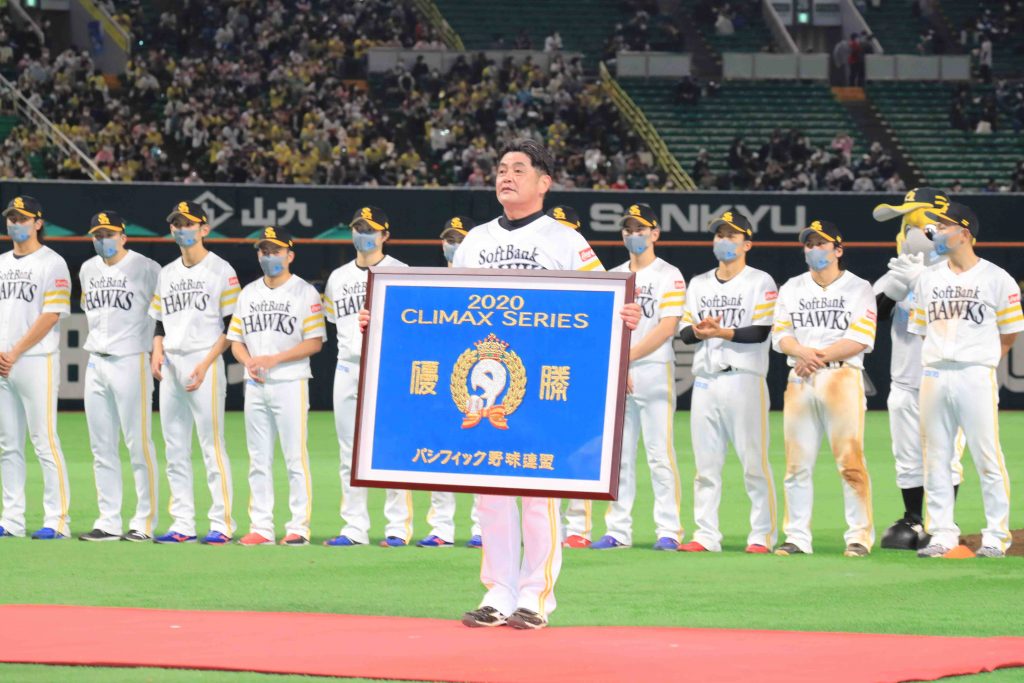 Sure, the Hawks are blessed with talent and a well-regarded front office, but the field boss still plays an integral role in their day-to-day success.

The NPB's Matsutaro Shoriki Award is presented annually to a manager or player for the biggest contributions to the game, and Kudo was named this year's recipient on Tuesday, December 8.

He's been selected for the award for three straight years, and also won it in 2015 and in 1987, during his playing days as a pitcher.

"I'm overjoyed with this honor," Kudo said in a statement. "The encouragement from our fans led to us winning the league title and being the best in Japan.

"From next season on, I want to do everything I can to contribute to the development of the baseball world."

Noting Kudo's impact on the Hawks, Hawks chairman Oh remains in awe of what he did.

"He successfully drew out the power of young players and invigorated the team," Oh was quoted as saying by Kyodo News.

Expect more of the same. 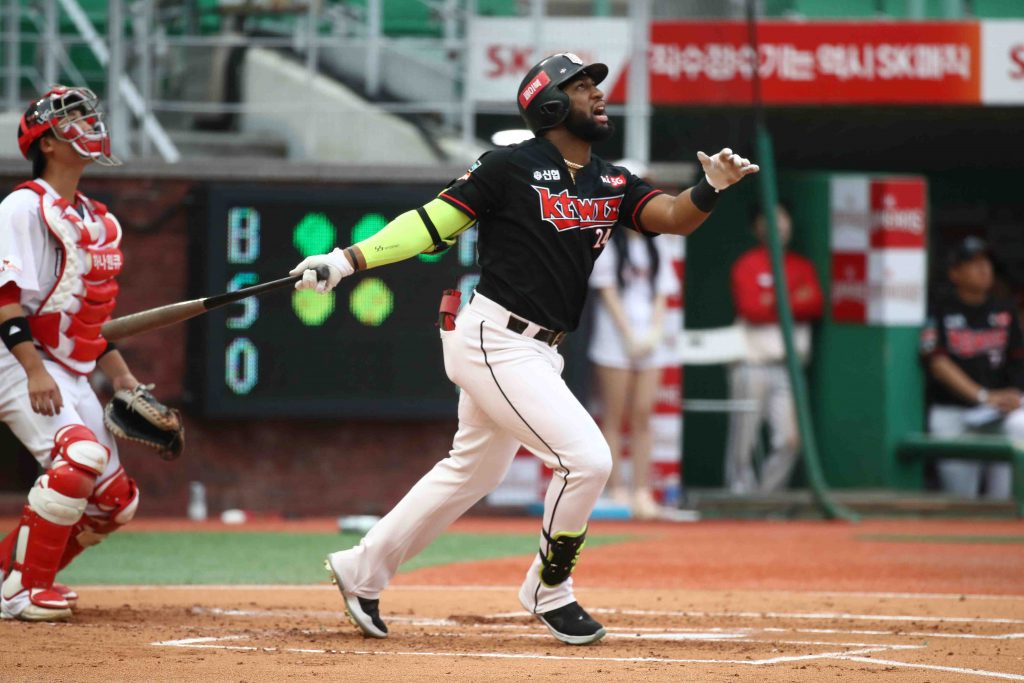 KBO MVP Rojas Could Be on Move to Tigers

From 2010-17, Rojas played for numerous minor league teams in North America, but never played above the Triple-A level. Since 2017, he's batted above .300 in each of his four seasons in a KT Wiz uniform.

The Miami Marlins have also expressed interest in signing Rojas, according to published reports. 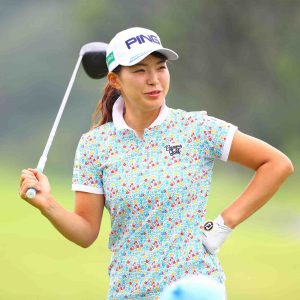 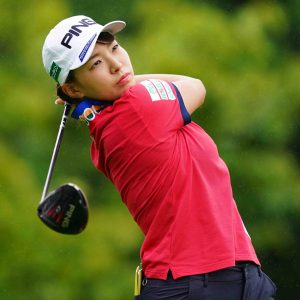 Hinako Shibuno, winner of the 2019 Women's British Open, is vying for her second career major victory.

Hinako Shibuno remained at the top of the U.S. Women's Open after the third round on Saturday, December 12. She shot a 3-over 74.

It was a difficult day for the entire field of 66 golfers, with only two shooting under par.

Shibuno, who is at 4-under 209, holds a one-stroke lead over Amy Olson.

"All the holes seemed to be very difficult for me,'' Shibuno was quoted as saying by The Associated Press.

Shibuno carded a 4-under par 67 in the second round on Friday, December 11 and held a three-stroke advantage at the midway point of the LPGA's final major of the year.

Through two rounds, Shibuno was at 7-under 135 in Houston, Texas.

"Today my tee shots found the rough more often," Shibuno told reporters after the second round. "However, my second shots were pretty stable and able to par on to the greens. So my golf today was pretty safe, stable condition. At the same time, when it comes to the chance for a birdie, my putting was pretty good."

In the latter half of her second round, the 2019 Women's British Open winner had three birdies, including on the par-4 17th hole.

Shibuno, nicknamed the “Smiling Cinderella,” and two others were one shot off the pace after shooting 3-under-par 68s in the first round. 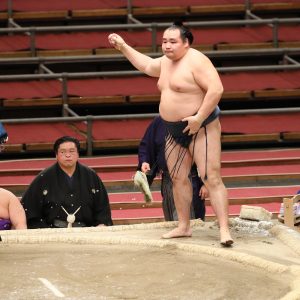 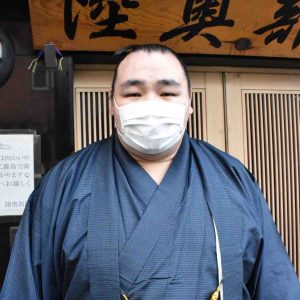 Kakuryu moved to Japan in 2001 to pursue a career as a sumo wrestler.

In planning for his post-wrestling future, yokozuna Kakuryu had expressed interest in becoming a stablemaster.

The Japan Sumo Association is guided by tradition and rigid rules, and Kakuryu is aware of the necessary steps needed to achieve that goal. Step one: He needed to become a Japanese citizen.

The paperwork has been approved and the Mongolian native is now a Japanese citizen, it was announced on Thursday, December 10. 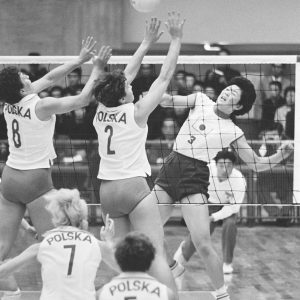 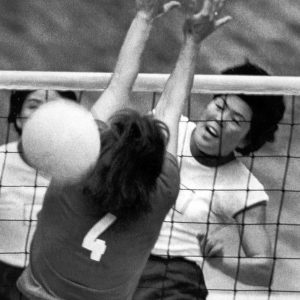 Kinuko Idogawa, who was known by her maiden name (Tanida) during the 1964 Tokyo Olympics, made an impact for the gold medal-winning team as an attacker.

Kinuko Idogawa (née Tanida), who competed on Japan's 1962 world championship squad and for its 1964 Tokyo Olympics squad that captured the gold medal, passed away on Friday, December 4, from a brain hemorrhage.

Born in Ikeda, Osaka Prefecture, Idogawa made her mark as a key attacker for the team affectionately known as the "Witches of the Orient." 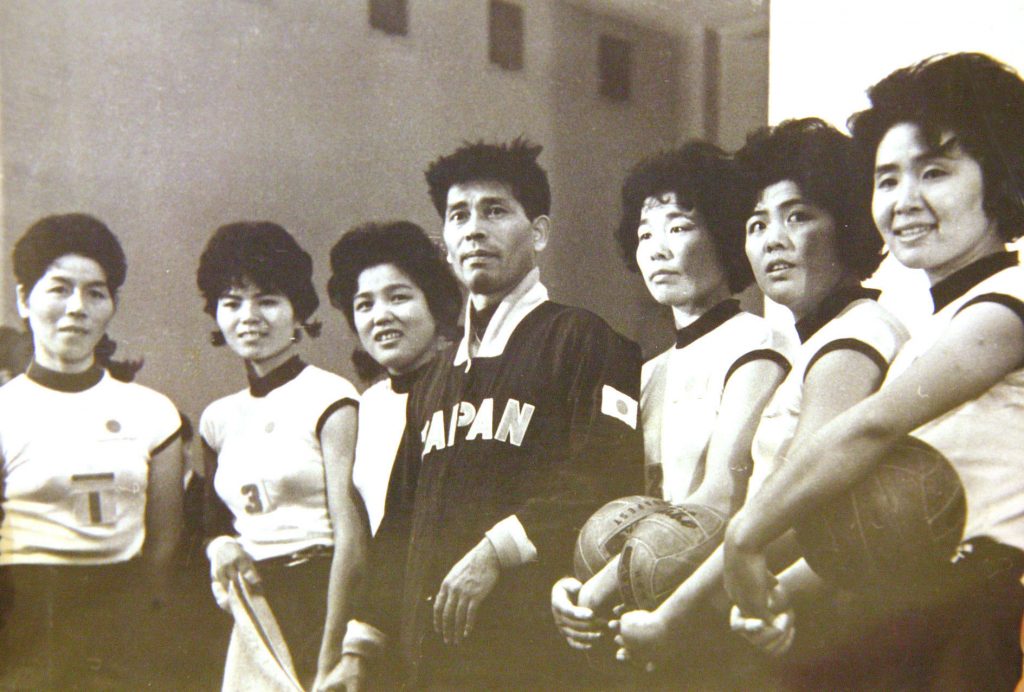 The Witches of the Orient captured the attention of the host nation. The Olympic final was a cultural touchstone.

"According to Video Research [Ltd.], 66.8% of all TV-owning households in Japan were tuned into the match from the beginning, making it the second most watched television program in Japanese history – a position it still holds today," Whiting noted in an email to JAPAN Forward. "(First was an NHK New Year’s Eve songfest.) As the final point was scored the rating had gone up to 95%." 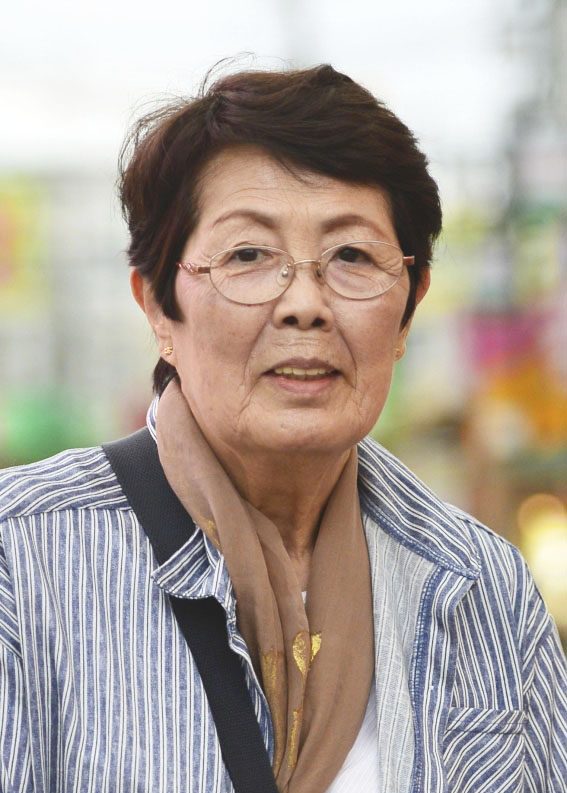 Idogawa, who remained involved with volleyball throughout her adult life, was chosen to be a torch relay runner for the 2020 Tokyo Games before the COVID-19 pandemic forced the IOC and local organizers to reschedule them for next year, Jiji Press reported. 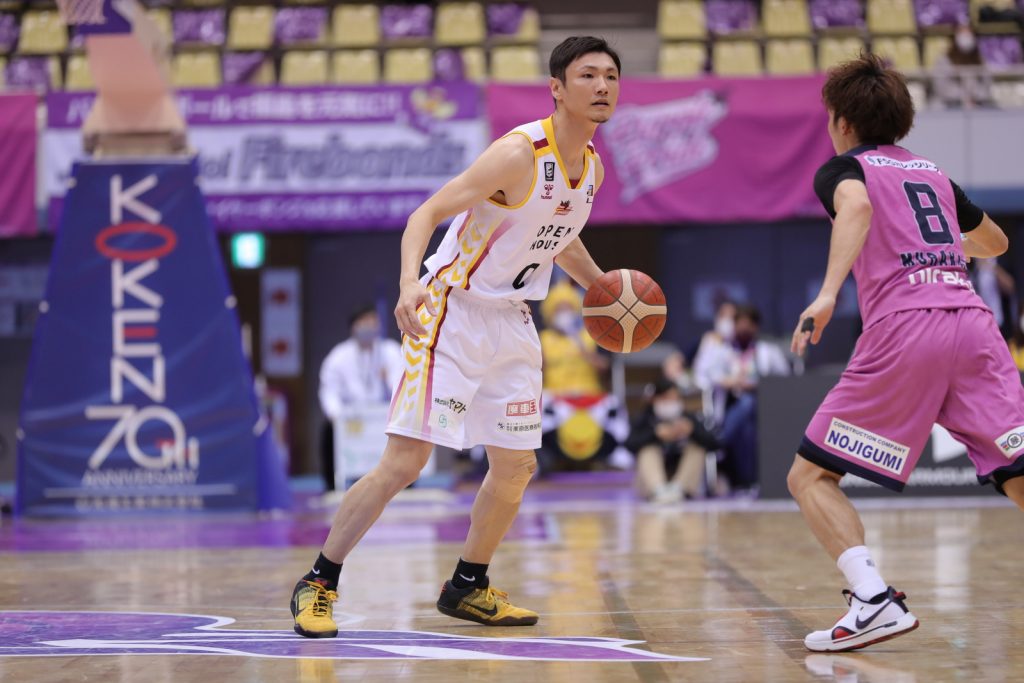 Since an October 10 defeat to the Koshigaya Alphas, the Gunma Crane Thunders have been on a remarkable run. Coach Fujitaka Hiraoka's team stretched its winning streak to 18 on Sunday, December 13 with a 79-66 home win over the Sendai 89ers.

The Crane Thunders, who own the best record (20-2) in the B. League's second division, faced the visiting Sendai 89ers in a weekend series seeking to keep their streak alive.

Gunma is a veteran-laden team. The players have meshed well since the season tipped off in early October. 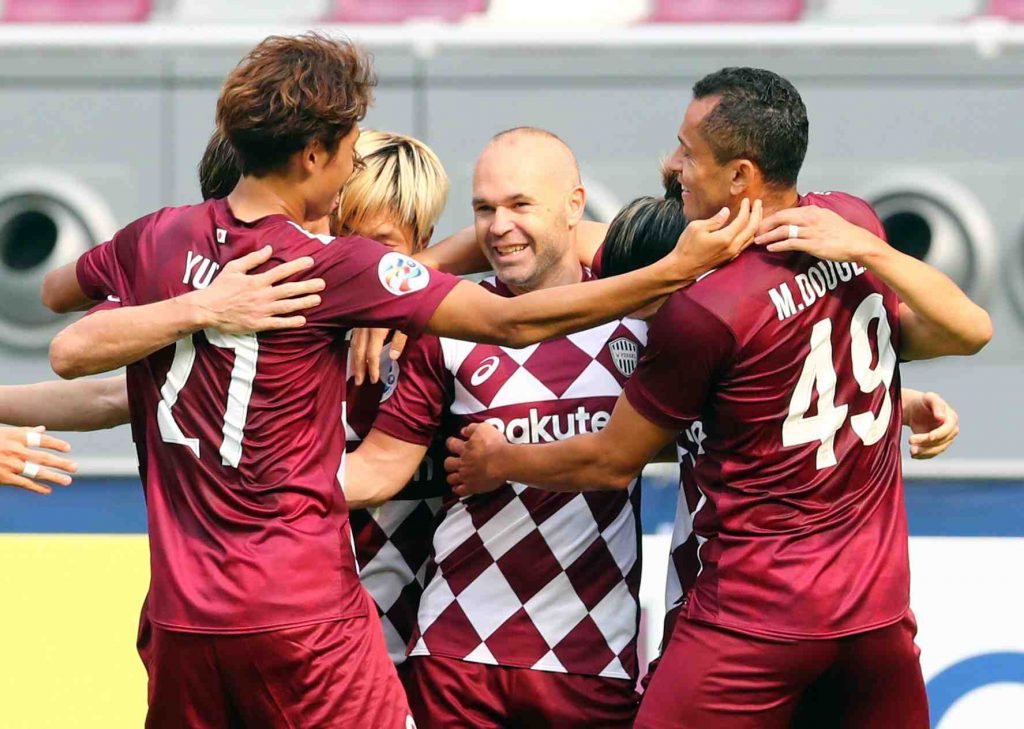 Vissel Kobe, playing in the Asian Champions League for the first time, continued their successful run by reaching the tournament semifinals, winning 7-6 on penalties against South Korea's Suwon Samsung Bluewings. The teams were tied 1-1 after extra time in Qatar.

"Even though it went 90 minutes—with extra time on top of that—the team really came together," Fujimoto said, according to Kyodo News. "Until now I haven't been contributing, so I wanted to get the job done. And I was happy to be able to execute."

Up next: Vissel boss Atsuhiro Miura's team was set to face South Korea's Ulsan Hyundai FC in the semifinals on Sunday, December 13.

On Monday, December 7, Vissel triumphed 2-0 over Shanghai SIPG in Doha to reach the ACL quarterfinals. Andres Iniesta and Daigo Nishi provided the scoring for the victors at Khalifa International Stadium.

Iniesta scored the opener in the 31st minute, blasting a low shot that sailed past three Shanghai defenders and goalkeeper Wei Chen. 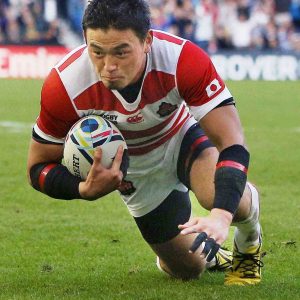 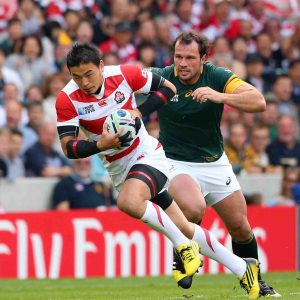 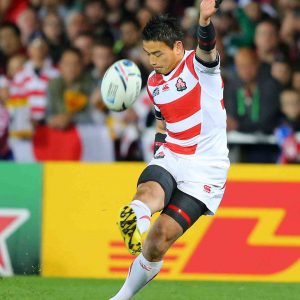 Ayumu Goromaru was one of the Brave Blossoms' stars at the 2015 Rugby World Cup.

It's no surprise that the end is near for Ayumu Goromaru as a player.

Now, the 34-year-old fullback has acknowledged reality, with his club, the Japan Rugby Top League's Yamaha Jubilo, announcing on Wednesday, December 9 that he'll retire at the end of the 2021 season in May.

Injuries and age have caught up with Goromaru, as evidenced by the fact that he wasn't able to secure playing in 2016 with Australian Super Rugby club Queensland Reds and French Top 14 club Toulon before accepting an offer to play for Yamaha in 2017.

In a match known as the "Miracle of Brighton," Goromaru contributed 24 points in Japan's 34-32 upset over the Springboks in England.

Goromaru is scheduled to discuss his retirement plans in a news conference on Wednesday, December 16. 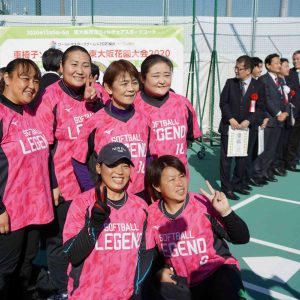 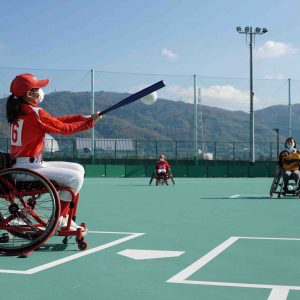 To commemorate the occasion, a six-team event was held at the 4,540-square-metre facility, Inside the Games reported.

The facility is officially scheduled to open next February. It will also be available to be used for other wheelchair sports, including basketball, tennis and rugby.

Among the individuals participating in last weekend's tournament were former Japan women's softball national team coach Taeko Utsugi and catcher Emi Inui, who played under Utsugi at the 2004 Athens Olympics, where she earned a bronze medal, and also at the 2008 Beijing Games, where she collected a gold as Japan's backup catcher.