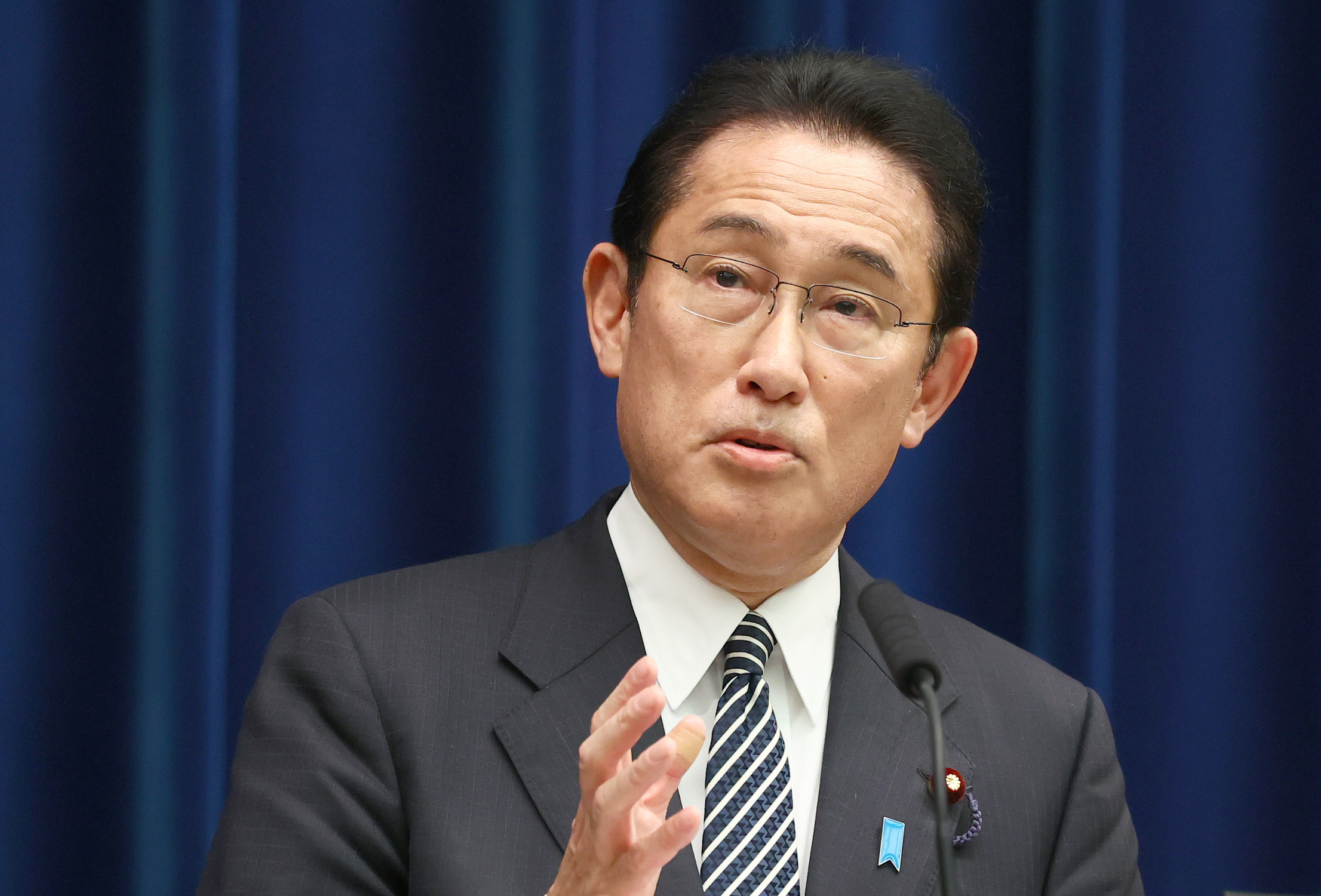 On December 21, the top agenda item on the minds of those listening to Japanese Prime Minister Fumio Kishida was the Omicron variant of COVID-19.

PM Kishida’s 7 PM press conference announced the closing of the National Diet session for the calendar year. Yet, the focus for many in Japan, where the number of new COVID-19 cases has been very low for the past few months, was the speed of the spread of this new variant in neighboring countries and elsewhere around the world.

“The world is groping to face the new variant. I plan to meet the situation by explaining with care and behaving with caution,” said Kishida.

With its spread around the world, the variant is prompting lockdown-like measures in several countries in Europe, including Austria, the Netherlands, and Germany. Italy and the United Kingdom are among the countries which are considering stricter measures to fight the virus as the New Year approaches.

As a preemptive measure in Japan, Kishida announced that all those who come in contact with patients infected with the Omicron variant would be quarantined in a government-designated facility for 14 days. This is in place of self-quarantine at home.

As of the date of his press conference, health monitoring at Japan’s international airports has been where Omicron cases have been caught. Unsurprisingly, the Prime Minister also reaffirmed that the issuing of new visas would be halted into early 2022. It’s not clear when the pause will be lifted.

Reentry by foreign residents already in Japan and Japanese nationals is allowed. However, quarantines are mandatory for both categories. How long a quarantine, and where it is carried out, will depend on the COVID-19 conditions in countries the returning residents have stayed in or passed through recently.

Japan had relaxed measures for some business travelers, students, and trainees as recently as early November 2021. It was the first time since emergency measures were first imposed against COVID-19 in 2020 that new visas were released for inbound travelers in these categories.

However, on November 29, the Ministry of Foreign Affairs announced a pause of at least one month on the issuance of new visas, as experts sought to understand the rising numbers of COVID-19 cases globally related to the Omicron variant. Then, on December 18, Prime Minister Kishida extended the pause until at least the New Year.

“The situation with Omicron is still fluid, as is the infection status worldwide. Until we can grasp the circumstances more firmly, we need to exercise caution beyond caution,” he said.

“That is why we have the strictest border controls of all G7 countries,” explained Kishida on December 21.


Preparations for a Winter Wave

To prepare the health system for a likely rise of infections due to Omicron, Kishida made pledges to strengthen Japan’s resilience in the categories of the vaccine booster rollout, hospital beds, medical treatments, and staffing — all categories of concern among Japanese.

Vaccine booster shots for the Pfizer vaccine started in Japan in December 2021, and are generally being made available according to a timeline that tracks the date of a resident’s second vaccine inoculation.

A wider choice of medical treatments was promised. Among them are the highly anticipated new oral antiviral COVID-19 pills developed by pharma giants Merck and Pfizer. These are set to be available for public use in Japan by the end of 2021 and in early 2022, respectively.

And, as a measure of appreciation and an incentive for those working on the frontlines, the Japanese prime minister also proposed an income rise of 3% for medical workers.

Vote of Confidence for the Kishida Administration

Public approval has met the steps the new Kishida Cabinet is taking. After several months of the Liberal Democratic Party government losing public support, starting from October when Kishida took over as prime minister, the approval ratings began to rise.

In October, about 56.9% of the public agreed with the government’s approach to COVID-19, according to an FNN poll conducted by phone with the participation of about 1,000 people nationwide. By December, that approval had shot up to 67.7%.

The move to stop issuing new entry visas also found strong approval among domestic voters. In response to a question on the subject, the FNN poll found 84.3% of respondents in December favored the limitations imposed by the Kishida government.

In early 2020, the government took several weeks to initiate control measures across its borders. On April 1, 2020, the Ministry of Foreign Affairs requested the airlines to curb the arrivals of foreign nationals to Japan. In comparison, Taiwan had barred foreigners from entry from March 18.

Of course, another factor in the public mind is likely the number of new COVID-19 cases in Tokyo ー and Japan as a whole ー since Prime Minister Kishida came into office.

With Omicron now on the loose, few in Japan think these numbers will continue. Already, on December 21, new recorded cases were at 218, a slight increase from the previous week’s 163.

At the same time, Japanese appear to feel better prepared for the next wave, when it comes.