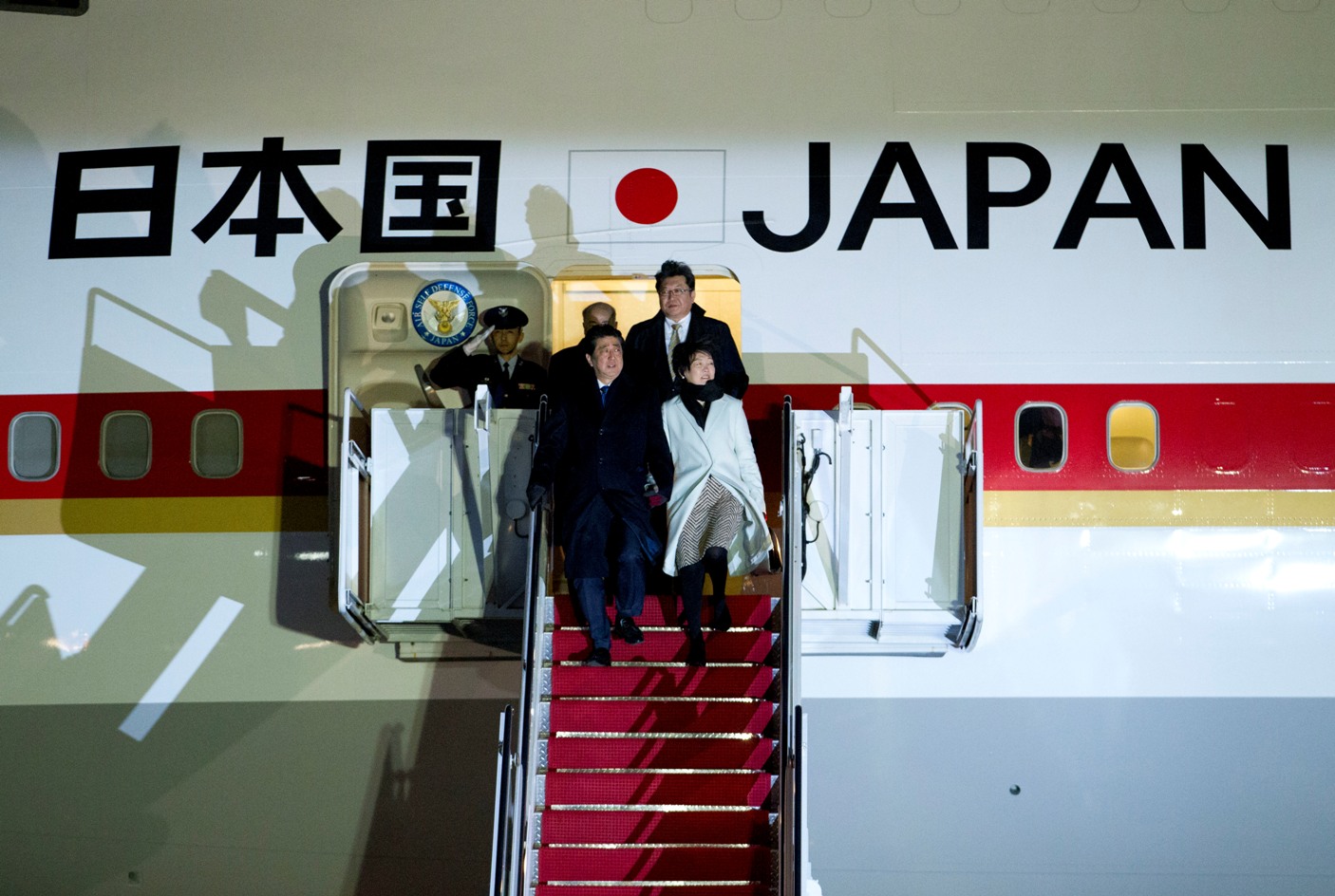 For the past 70 years, the only strand of diplomacy and foreign relations that has really, really mattered for Japanese governments has been the management and preservation of the country’s alliance with the United States. While other relationships—such as those with China, South Korea, partners with ASEAN, and most recently, Russia—have come in and out of focus, the U.S.-Japan alliance has been the backbone of all of the nation’s dealings with the outside world.

Since the election of Donald Trump late last year, Japan’s government has been forced to employ every lesson learned and favor earned during those decades of nurturing the alliance. The payoff for their efforts is that this week, Shinzo Abe will have his second meeting with Trump since the election. The two men, who previously met in New York ahead of Trump’s inauguration, will meet at the White House on Friday before playing golf together in Florida on Saturday.

The content of the meeting is uncertain—it seems likely that Abe will effectively offer the United States a stimulus package of investment and job creation, in return for sustaining hopes of a bilateral trade deal and the spirit of the security alliance—but even getting to this point is a sign of how good Japan is at managing the U.S. relationship. Trump’s first weeks in office have frayed relationships with other close U.S. allies around the globe. The volatile new president has threatened a trade war with Mexico, riled up the European Union, and hung up on the Australian Prime Minister halfway through an ill-tempered phone call, all of which makes the administration’s friendly embrace of Prime Minister Abe stand out even further.

Yet even if Japan’s mission in Washington is doing sterling work, being embraced by the Trump administration is not entirely a comfortable position—it’s just better than the alternative. Drawing closer to Trump may protect the alliance, but it leaves Japan and its leadership in danger of being seen to condone or even support the new administration’s divisive and even dangerous stances. Last week, Abe was criticized in the domestic and international press for prevaricating in his response to the U.S. ban on travelers from a number of Muslim-majority nations, and that’s only the beginning. Given President Trump’s thin-skinned response to criticism or perceived disloyalty, Abe or any future Japanese leader who wants to be invited for further golf matches will need to choose their words extremely carefully—and employ silence extensively.

For Abe to avoid taking a stance on the question of the Muslim Ban is a straightforward calculation—a stronger statement would have had minimal value domestically and would have risked derailing this week’s vital summit. Down the line, there will be tougher calculations to be made, especially if the U.S. relationship with China continues to decline and hostile rhetoric between the two great powers continues to ratchet up. The costs, both domestic and international, of tying Japan too firmly to the fate and whims of the Trump administration may eventually become very significant indeed.

That is down the line, though; for now, it’s hard to argue that Abe and his government have any credible course of action open to them other than the one they’re presently pursuing. Those voices criticizing the Japanese government most loudly for its prevarication over the Muslim ban and its closeness to Trump are largely the same voices which criticize any attempt to expand the role and capabilities of Japan’s military. You can’t have it both ways; these are the rock and the hard place betwixt which Japan is caught.

If its military posture is to remain the same—with a pacifist constitution, extremely limited terms of engagement and low, largely stable military budgets—then it must rely upon the U.S. alliance for its physical security, and in the age of Trump, that will mean standing in silence or in tacit support of many things that both Japanese and international commentators will find uncomfortable or distasteful.

If, on the other hand, Japan wishes to be more robust and outspoken in its support of liberal democracy and the international order, as some other nations have been, then it must be prepared to take responsibility for its own physical security. Japanese criticism of U.S. policy or Trump’s stances could have an impact far greater than a cancelled golf match; angering Trump would throw the stability of the alliance and the US’ commitment to Japan’s security into question, and would embolden regional rivals to test the alliance’s bonds. Deterring such threats would require that the Japanese military be positioned as a force capable of responding effectively even without U.S. support.

There is no third way. Swiss- or Irish-style pacifism is a luxury unavailable to a nation sharing maritime borders with China, Russia, and North Korea. The only options available to a Japanese government that wishes to ensure the protection of its people are the U.S. alliance or a dramatic overhaul of Japan’s military forces to create a force capable of independently deterring would-be foes.

In reality, that means that there’s only one option on the table right now. Even leaving aside the tricky question of constitutionality and the lack of public support for either a change in military posture or a major increase in military spending (beyond the rather tame 2 percent annual increases seen in recent years), Japan’s Self-Defense Forces are designed around the idea of acting in concert with the U.S. military, not functioning as an independent force. Changing that to create an independent military would require an enormous investment of both time and money. The volatility of Trump’s administration thus far may have convinced many people in Japan of the importance of pushing ahead towards that goal, but it is a long-term goal; for now, the physical security of Japan rests entirely upon the nation’s capacity to maintain its alliance with the United States.

That is not an approach without risks. Depending on how badly things go over the coming years, Abe’s friendly golf games with Trump may come back to haunt both the Prime Minister and the nation as a whole. Japan’s tacit support of the U.S. administration will almost certainly hurt its standing with other nations with whom it would prefer to be strengthening ties. Yet the alternative—a return to the Japan-bashing rhetoric and the undermining of the U.S.-Japan Security Alliance that Trump engaged in on the campaign trail—is unthinkable.

Of course, Japan must have red lines, and no doubt there have been heated internal discussions in Nagatacho about what the country should do if the United States calls upon it for support in a future conflict that the Trump administration initiates or provokes; “mutual self-defense” looks rather less appealing when one member of the pact is increasingly volatile.

Until those red lines are reached, however, Japan’s support of the U.S. is the only strategic play available to the country. Internal criticism will not cease, nor should it, but Abe’s job for now is clear; he must steer clear of contentious issues related to the United States and continue to build Japan’s relationship with Trump and his leadership team, while working elsewhere to create a wider range of strategic options for Japan in the future.

Oh, and there is one other job the Prime Minister may find especially painful; whatever pride Abe may take in his golfing prowess, it would be best for everyone concerned to carefully ensure that Trump wins their game this weekend. As the costs of maintaining a cordial U.S. alliance in the age of Trump go, that one is a small price to pay.

Rob Fahey is a PhD researcher at Waseda University’s Graduate School of Political Science. Follow him on Twitter at @robfahey