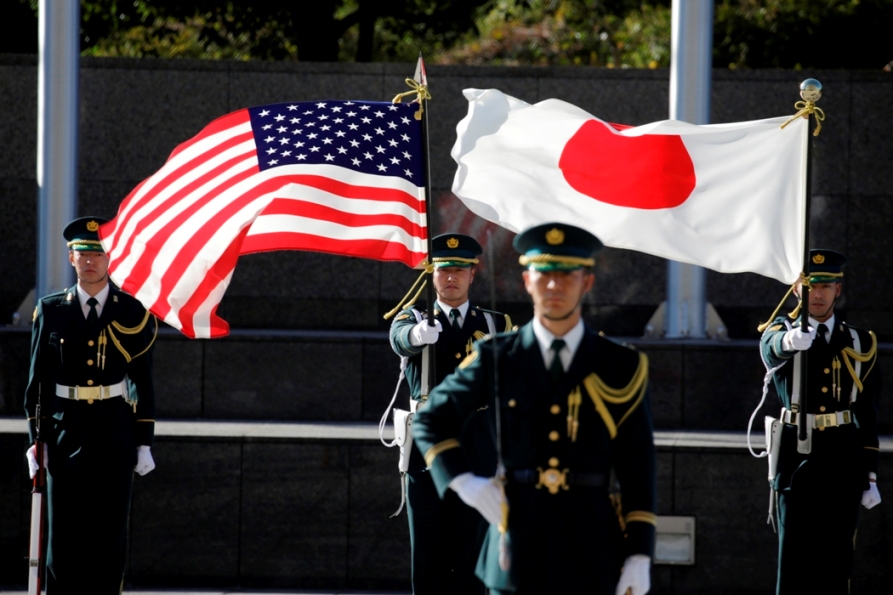 This will be Prime Minister Shinzo Abe’s second meeting with President Donald J. Trump. Abe’s strategy is the correct one: he wants to build a familiarity with Trump through regular meetings, strengthening Japan-U.S. ties by engaging in direct diplomacy with the president himself. In the Trump administration, it will be the president who does all the diplomatic decision-making.

Abe will come to Washington for a summit meeting extremely soon after Trump’s presidential inauguration. After the summit, Abe and Trump will ride Air Force One to Palm Beach, Florida. There, Abe and Trump will have dinner at Trump’s Mar-a-Lago estate while engaging in further discussions. The following day, the two leaders plan to play a round of golf together. The last time a Japanese prime minister and U.S. president enjoyed such close comradeship was in 2006, when Junichiro Koizumi and George W. Bush met in Washington. It was after that meeting that Japan first put “boots on the ground” by deploying the Self-Defense Forces to Afghanistan.

Will the relationship between Abe and Trump be just as epoch-making? Will it be as close? What will be the future of the security guarantees in Asia under the Trump administration?

It was shortly after his inauguration that Trump sent his defense secretary, James Mattis, to South Korea and Japan, born out of the strong intention on the part of the president that the United States will never permit North Korea to mount a preemptive attack. South Korea is also now in a state of political unrest, and may be cozying up to China. In response to this, Secretary Mattis urged the South Koreans to adopt the Terminal High-Altitude Area Defense (THAAD) missile system and thus presented the South Koreans with a true dilemma: either they could adopt the THAAD missile system, or the United States would consider withdrawing the American troops that it keeps stationed on the Korean peninsula.

In Japan, Secretary Mattis reiterated that the U.S.-Japan alliance is unshakeable, and also clearly said that article 5 of the Treaty of Mutual Cooperation and Security between the United States and Japan would apply to the Senkaku Islands. Secretary Mattis also not only did not broach the subject, raised repeatedly by Trump during his presidential campaign, of Japan paying an increased cost for the U.S. forces based in Japan, but he even called the shared cost structure of the Japan-based forces a model for other countries. This was more than the Japanese side had been hoping to hear.

Abe will propose to Trump a Japan-U.S. Growth and Employment Initiative, which will “make maximum use of Japan’s financial might” to create 700,000 US jobs and a $450 billion domestic U.S. market. This may include investment in American infrastructure, such as the construction of high-speed rail lines in Texas, California, and the eastern seaboard. Other topics of the summit are likely to be the auto trade and currency manipulation, both of which have long been targets of Trump’s criticisms.

The White House press secretary has also announced that trade and security guarantees will be on the table, as well.

The linchpin of the Trump administration’s security guarantees in Asia will surely be China. During his visit to Japan, Defense Secretary Mattis made it very clear when he said that China’s activities in the East and South China Seas were troubling from the standpoint of stability and security in the Asia-Pacific region.

Vis-à-vis China, Trump had a phone conversation with Taiwanese president Tsai Ing-wen immediately following his election, and Trump has also indicated that if China does not yield on foreign exchange and trade issues then the United States may rethink its commitment to the China’s principle of Taiwan’s belonging to “one China,” using Taiwan as leverage in order to set up a deal with China.

Trump’s diplomatic style resembles that of the “big stick diplomacy” of Theodore Roosevelt, although the two styles differ—Roosevelt “spoke softly,” Trump speaks loudly. All the same, America’s “big stick” against China is its military force in Japan, along with the Japan-U.S. alliance. In its confrontation with China over its incursions into the East China Sea, Japan stands in absolute necessity of the U.S. military. The quid pro quo for this is that Japan will be asked to make contributions in the South China Sea.

The problem that arises here concerns the objectives of Trump’s China policy. The Obama administration’s ultimate objective was to have China become a “responsible great power” which respected international law. Trump’s objective seems to be to obtain some kind of benefit from China.

If this is true, then the Japan-U.S. alliance stands to be greatly affected by the scenarios that could play out in U.S.-China relations. The first scenario is that China and the United States could go on without arriving at a “deal” and that relations between the two countries would worsen. The second scenario is that a deal will be struck and the United States and China will arrive at a state of accommodation.

In the first scenario, the threat level between China and the United States will continue. Tensions could also escalate. In this case, the Japan-U.S. alliance will be indispensable, but under such conditions Japan will be unable to avoid increases in its defense spending, and may fall into an arms race with the China. In the second scenario, a deal will be reached between the United States and China after China figures out the true nature of Trump’s diplomacy and enters into negotiations with him. In this case, the Japan-U.S. alliance will likely weaken. An alliance continues to exist only because of ongoing security threats shared by two or more states. In scenario two, there could be a reduction in U.S. forces in Japan, or even a large-scale drawdown, and Japan would have no choice but to transition towards more of a Self-Defense Forces model. At such a juncture, the biggest problem will be how to guarantee the proliferation restraints from the United States. It may be that Japan must begin to consider a nuclear sharing scheme with the United States, such as now takes place with the non-nuclear NATO countries.

In any event, Japan is about to be severely tested.