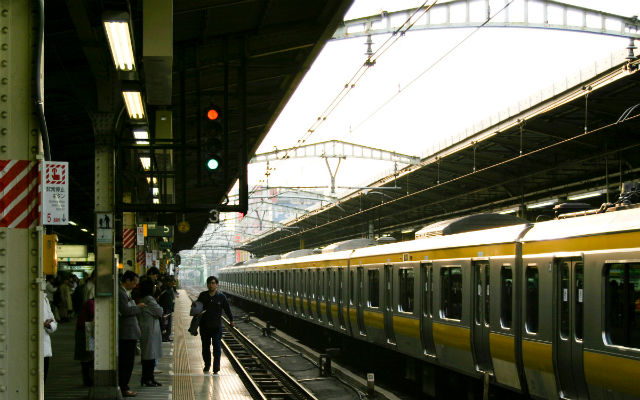 When trains depart from platforms at stations across Japan, they are accompanied by a simple melody unique to the station and/or trainline.

Designed to invoke a sense of relaxation as passengers take a seat on the train, railway operators have worked closely with scientists over the past 3 decades to perfect the tunes.

They have concluded that the ideal length of a jingle for optimum calmness and relaxation is about 7 seconds, and now hundreds of melodies are played throughout the country as trains depart from their stations.

The jingles are well known amongst both residents and travellers to Japan, having often become a main subject of discussion for train enthusiasts, and has also opened a gateway for artists and creators to develop some interesting replications of the tunes.

One such creative, is Hitome (@atarime_400), a self-proclaimed calculator “pianist” who has gained a rather large following on twitter for his odd yet skillful musical ability.

Most recently, Hitome has put together a musical medley of station jingle replications – from the Kanto area – made with calculators.

The rest of the article can be viewed on our partner’s website, grape Japan at ”Calculator “pianist” perfectly replicates Tokyo’s train station jingles.“