Skating superstar Yuzuru Hanyu can add another impressive credential to his incredible CV.

The two-time Olympic champion was named the Most Valuable Skater during the inaugural ISU Skating Awards on Saturday night.

The International Skating Union organized the virtual event after this season’s World Figure Skating Championships, which were scheduled for March 16-22 in Montreal but canceled days before due to the coronavirus pandemic. The inaugural awards show was penciled in for the final day of the world championships.

In presenting the honor to Hanyu, the ISU tweeted, “Blowing our minds and capturing our hearts every time he hits the ice, here's to our newly crowned Most Valuable Skater winner...YUZURU HANYU!”

Reflecting on the honor, Hanyu said dedication to his craft is always on his mind.

"In almost every moment of daily life, I'm constantly thinking of figure skating and I'm always hoping to become better and stronger," Hanyu said in an online video message for the awards ceremony.

I spend every day trying to become better at something to be able to do what I couldn't do the day before.

In summing up why Hanyu hauled in the prestigious award, the Olympic Channel summed it up this way: “No one draws a crowd like Hanyu Yuzuru. The double Olympic champion is still figure skating's main attraction and that tag was underlined by him being named Most Valuable Skater.”

Reacting to the news and to the way he presents himself in the public eye, one commenter in a Hanyu fan group on Facebook wrote, “Yuzu is as always, amazing. Polite, applauding the other nominees, making sure that he congratulates them. I think we will never ever see another person like him, not just on the athletic side.” 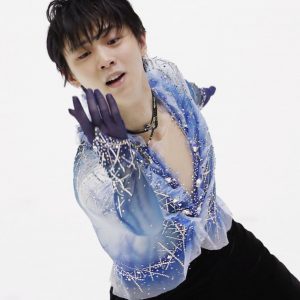 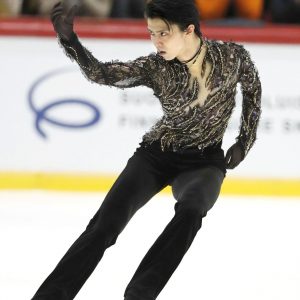 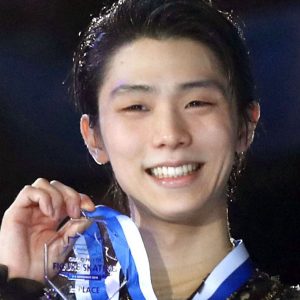 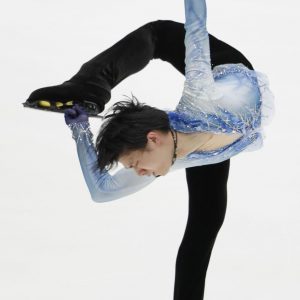 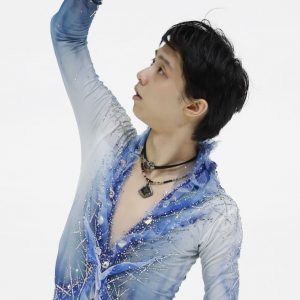 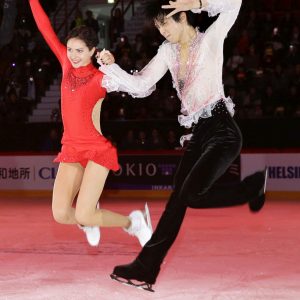 Hanyu, who wore his “Origin” outfit in the latter half of the season, was also nominated for the Best Costume award. Ice dance partners Madison Chock and Evan Bates of the United States received the award.

The 25-year-old Sendai native’s 2019-20 season included a dazzling victory at the Four Continents Figure Skating Championships in February in Seoul, where he broke his own world record in the short program with a total of 111.82 points. In doing so, Hanyu opted to return to the music that he skated to en route to the gold medal at the 2018 Pyeongchang Olympics: Frederic Chopin's Ballade No. 1 in G Minor. He also earned first-place finishes at Skate Canada and the NHK Trophy in October and November, respectively, during the ISU Grand Prix season. What’s more, he was the runner-up at the ISU Grand Prix Final in December.

A six-person ISU panel, including two-time women’s world champion Miki Ando, selected the Most Valuable Skater and other award recipients. All of the panelists were former world champs.

Hanyu’s superb athleticism, showmanship and down-to-earth personality have made him a fan favorite. He is the first male skater to complete the career Super Slam, including wins in the four major senior-level categories. This feat includes check-the-box victories at the 2009 World Junior Grand Prix Final and 2010 World Junior Figure Skating Championships, plus titles at the 2014 Sochi Olympics and 2014 World Figure Skating Championships, as well as the Grand Prix Final and Four Continents.

This new video succinctly captures the essence of his popularity and greatness.

So what’s left for Hanyu to achieve?

He’s said landing an elusive quad axel in competition is a top goal.