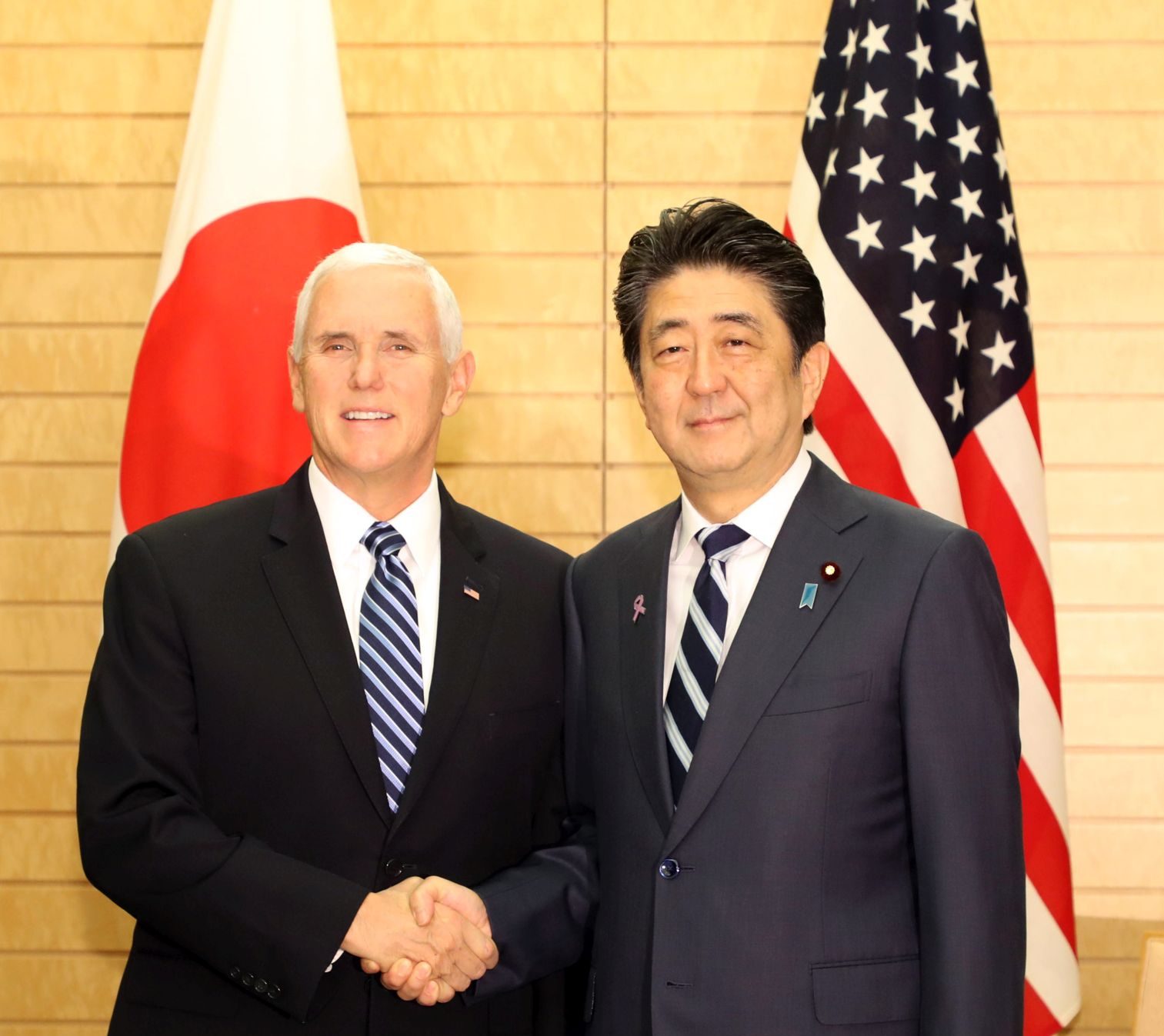 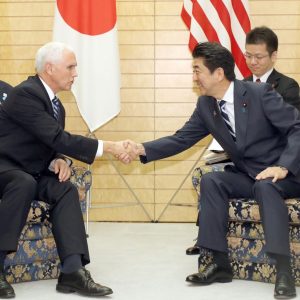 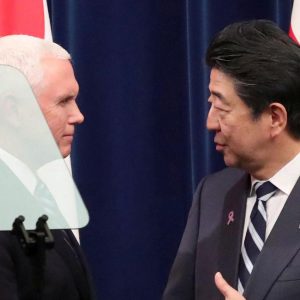 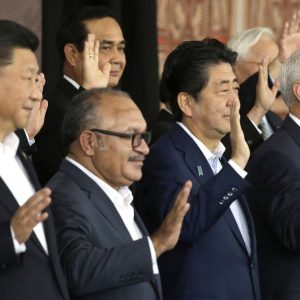 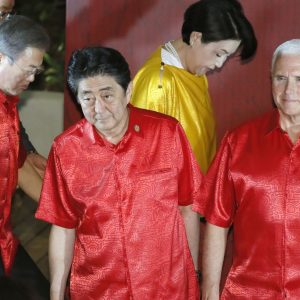 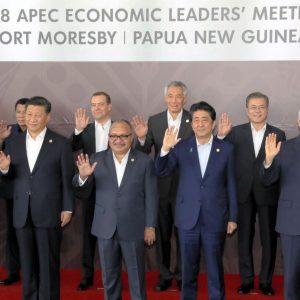 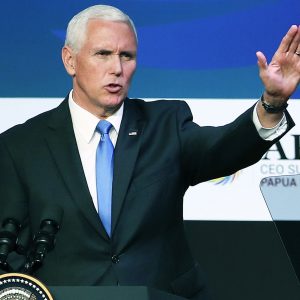 United States President Donald Trump’s Twitter feed colorfully reveals the subjects which pass through his mind. His favorite topic is himself. He also loves to dwell upon what he perceives as the shortcomings and mistakes of his opponents.

He sometimes tweets about Asia — mostly about China — without displaying much insight into the region’s complex politics or culture.

However, Mr. Trump’s trusted right-hand man, the Vice President of the United States, Mike Pence, is keenly interested in Asian issues. Many of his recent statements show frustration with China and respect for Japan — albeit from a very American perspective.

On a recent visit to Tokyo, Mr. Pence said the U.S.-Japan alliance is a “cornerstone” of the region’s peace and prosperity. He also stated that Japan is “not only an ally but also a friend.”

The message was further reinforced when Mr. Pence attended the APEC summit in Papua New Guinea. When the leaders posed for a photograph in lurid colored shirts, Mr. Pence stood next to Mr. Abe, and both men wore similar bright red outfits.

President Xi of China was also at the photoshoot, but stood some distance away. When the “family photograph” was published in the media,

Mr. Xi might have felt frustrated. He himself had decided to attend the APEC meeting in a small and poor country, whereas President Trump — preoccupied with domestic affairs — had only sent his deputy. Furthermore, China has invested heavily in the region as part of its Belt and Road infrastructure program.

When Mr. Pence took the stage, he belittled the Chinese initiative, describing it as a “constricting belt” and a “one-way road.” He even warned small countries — such as Papua New Guinea — not to be seduced by China’s money. China’s loans, he said, come with strings attached and can land other countries in “staggering debt.”

The diplomatic tension was manifest. For the first time in APEC’s 25-year history, the summit ended with leaders failing to agree on a joint communique.

In his analysis of the summit for CNN, Professor John Lee from the Hudson Institute said: “The APEC summit was supposed to be China’s moment in the sun. Instead, it became obvious to all that Beijing’s ambitions are as feared and resisted by at least as many countries, as welcomed by others.”

Conservatives in Japan relish opportunities to challenge China’s enormous economic power and its increasing political influence. They often applaud the tough rhetoric of Mike Pence and encourage Mr. Abe to be similarly robust.

But Mr. Pence’s view of the world is very much in tune with Donald Trump’s America First approach. The American leadership is out of step with Shinzo Abe on a number of important issues. For example, America has imposed tariffs on Japanese steel. It also complains that Japan does not spend enough on its defense budget.

Mike Pence made both of these points on his recent visit to Tokyo. Furthermore, he complained about Japan’s substantial trade surplus with America. “The United States has had a trade imbalance with Japan for too long,” he said.

“He believes that having a trade surplus means you’re not playing by the rules,” said Professor Linda Yueh from Oxford University.

She noted that the outcome of the recent midterm elections in the United States could strengthen Mr. Trump’s hand on China. “He may well press a bit harder and he could gain some bipartisan support. He’s considering truly massive tariffs on China next year. But will he do that at a time when growth in the U.S. economy is slowing?”

However, she added: “One thing is certain: when he does run for election in 2020, Trump will inevitably declare that he has won the trade war, even if there is little economic evidence of a victory.”

For Japan, the U.S.-China trade war creates a nuisance. Japanese businesses — particularly international companies which make goods in China — dislike the disruption it causes to their manufacturing processes.

Aware of this tension, Prime Minister Abe recognizes that Japan’s best interest is served by remaining friendly with China and with the United States. In October, he received the red carpet treatment in Beijing, accompanied by a huge delegation of Japanese business leaders, eager to trade with the Chinese.

Mr. Abe was circumspect in his remarks to the APEC conference in Papua New Guinea. Referring to the U.S.-China trade war, he warned that “restrictive trade measures and countermeasures based on protectionism are expanding across the world.”

The trade war threatens to undermine his key policy of Abenomics, designed to revive Japan’s economy. After a period of sustained growth, the economy shrank by an annualized rate of 1.2% in the third quarter of 2018. Economists warn there could be more trouble ahead in 2019, if the trade war escalates.

Mr. Abe’s ambition is to persuade Donald Trump to moderate his America First approach and put aside his objections to joining the global trading system, the Trans-Pacific Partnership (TPP).

When the partnership comes into force at the end of 2018 it will mark a rare victory for global trade liberalization, with Japan very much as the driving force. It will bring together many of America’s allies and counter the influence of China.

Vice President Pence is currently making great efforts to understand the dynamics of Asia. One point he might have noticed is that trade, rather than political consensus, brings people together, encourages peaceful relations, and lifts the region towards prosperity. With that in mind, he might soon agree that America’s best interest is served in eschewing isolationism and saying yes to TPP.