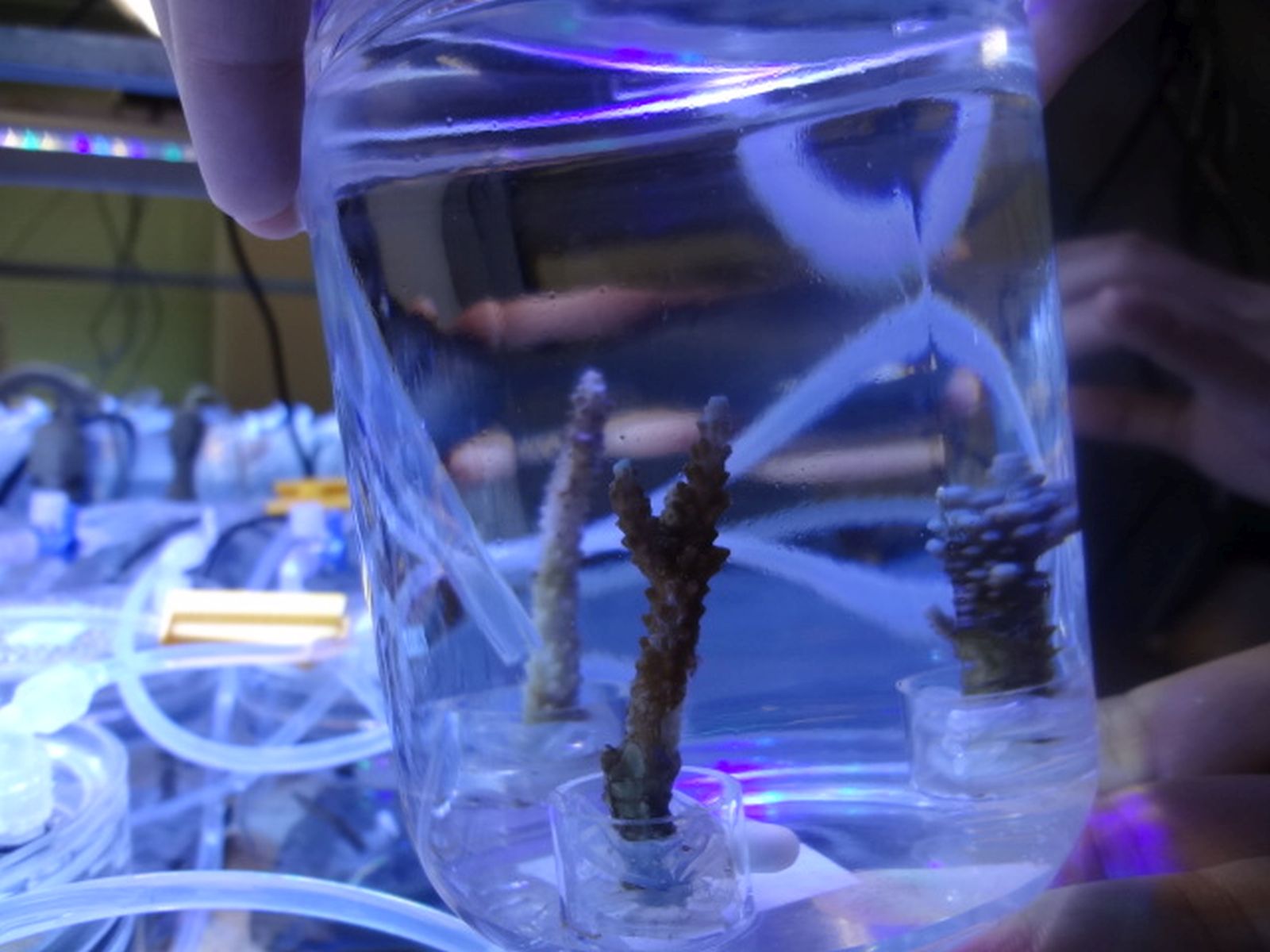 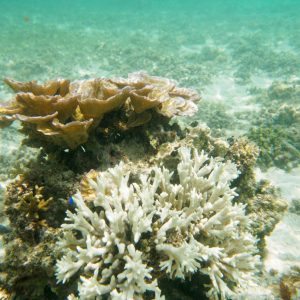 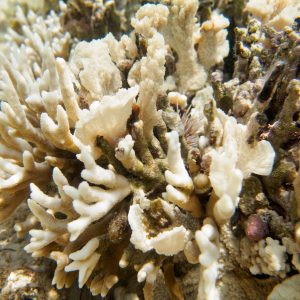 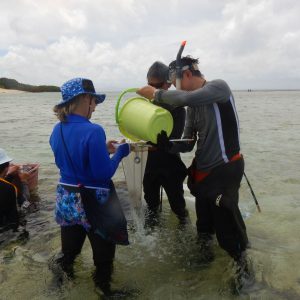 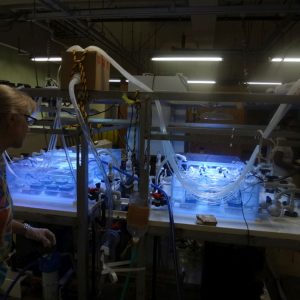 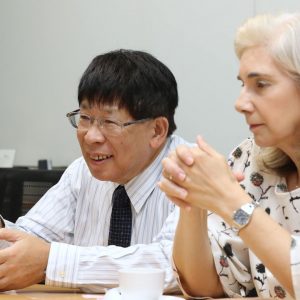 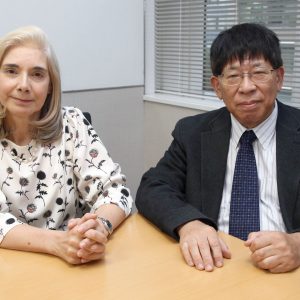 Once thought to be a deadly “disease” threatening coral reefs, bleaching was found to actually be a response of the coral to protect itself from oxidative stress promoted by high seawater temperatures.

A Shizuoka University research team is the world’s first to identify important mechanisms involved in coral bleaching. The team intends to launch a full-fledged project to treat stressed corals and help threatened reefs to recover their pristine characteristics.

Corals Have Immune Systems That Help Them Stay Alive

One is their capacity to obtain nutrients (food) by increasing their capture and consumption of tiny plankton.

The other is to change the main photosynthetic pigment of zooxanthellae (chlorophyll a) that has phototoxicity into a pigment without phototoxicity (cyclo-enol), although non-functional for photosynthesis, in order to not generate the toxic reactive oxygen species (ROS), which increases under high temperature conditions.

Professor Beatriz Estela Casareto of Shizuoka University, a leader of the project, took time to explain the process:

During times of stress like high sea temperatures when bleaching cannot be avoided, the corals degrade damaged zooxanthellae, and eat a greater-than-normal number of small plankton from the sea water.

We’re also beginning to understand that corals employ strategies that help them adapt and survive in a number of ways.

Corals have a defense mechanism to reduce the occurrence of ROS and will manifest fluorescent proteins to protect themselves from strong ultraviolet rays.

So as not to create any misunderstandings — coral themselves do not have immune systems like humans involving specialized cells in blood. Actuality, they are running a holobiont, a complex symbiotic system in which coral, zooxanthellae, bacteria, viruses, archaebacteria living together compose a complex system in which all depend on each other for life. Our research was the first to find important mechanisms to avoid ROS production for zooxanthellae pigments, revealing in detail the actual state of the coral holobiont. The results are internationally significant.

The influence of bacteria is another important factor related to the bleaching phenomenon. Terrigenous bacteria found mainly in red clay act as pathogens that accelerate coral bleaching. Bacteria increase under high water temperature, promoting bleaching and coral diseases under this condition.

Meanwhile, our research also revealed bacteria and antibacterial agents within a coral’s body that inhibit the propagation of pathogenic bacteria. Now more than ever, we understand that coral are not organisms that just sit around and wait to die.

When humans catch a cold, their bodies try to fight off the germs with fevers. Coral use their complex symbiotic networks (the holobiont), just as humans do, to invoke a defense system against the unavoidable multiple environmental stresses in order to survive. Thus, they can endure until the stress subsides.

Next Step: How to Help Corals to Recover

We asked Professor Suzuki what his next topic would be now that the mechanisms behind coral bleaching have been largely understood. He offered a look into the project’s future:

For the next three years we’re going to be looking at ways to alleviate coral bleaching. It is hard to do away with bleaching because we can’t lower the water temperature. But we would like to decrease the negative impact of ROSs by enhancing the coral capacity to fight and reduce oxidative stress. For instance, perhaps we could supply corals with food and vitamins using microcapsules.

The research team has also set two policy objectives in its five-year plan to contribute to further conservation. The team will:

It will then focus on conservation and improvements based on these criteria.

Professor Suzuki spoke about the project’s plans and the attention they have begun to receive:

We’ve been asked by the Ministry of the Environment to create the diagnostic standards. To date, evaluation of coral bleaching and coral death at colony level has been made solely on the bases of divers’ observations, but they would like a diagnosis to be based on numerical values of key physiological parameters strongly related to bleach conditions, more that visible aspect of the coral colonies.

The conservation of coral reefs in today’s age must move from observation and overall impressions to something based on scientific data. Little by little, our results have been reflected in policy. That is one of the outcomes of over 10 years of work with the Mitsubishi Corporation on this project.

Tropical Rainforests of the Sea

Coral reefs are often called the “tropical rainforests of the sea”. Of an approximate total of one million marine species, more than half in fact are thought to live in coral reefs, making conservation of coral reefs essential to the protection of the earth’s ecosystems and biodiversity.

The project of Professor Suzuki and his team will make a considerable contribution to the “17 Goals to Transform our World” of the Sustainable Development Goals for 2030 put forward by the United Nations.

Professor Casareto added that the alarm had been raised by recent worldwide research on coral reefs:

We must protect coral reefs. For example, a wide diversity of fish species live in coral reefs, hiding among coral branches and using corals as substratum l to lay their eggs. Coral reefs provide a tremendous amount of habitat. The disappearance of corals would create a huge crisis for reef biota and the whole oceans’ ecosystems.

Meanwhile, she reminds the public:

Most of the messages coming out from past International Year of the Reefs have been negative ones such as, ‘coral bleaching is killing all corals’.

However, owing to the important progress that we obtained in understanding coral bleaching mechanisms and coral responses, we now can bring some optimist message for the present year of the reefs. We must go from ‘bleaching is death’ to the idea that if we can understand the coral’s physiology and coral responses to stress, we will be able to enhance its immunity and improve its environment, bringing the corals to a recovery stage.

To achieve all this, we will continue to work with the Mitsubishi Corporation and NGOs to engage in globally leading new research, while promoting ‘citizen science’ by sharing our scientific results that can serve as guidance for future actions.