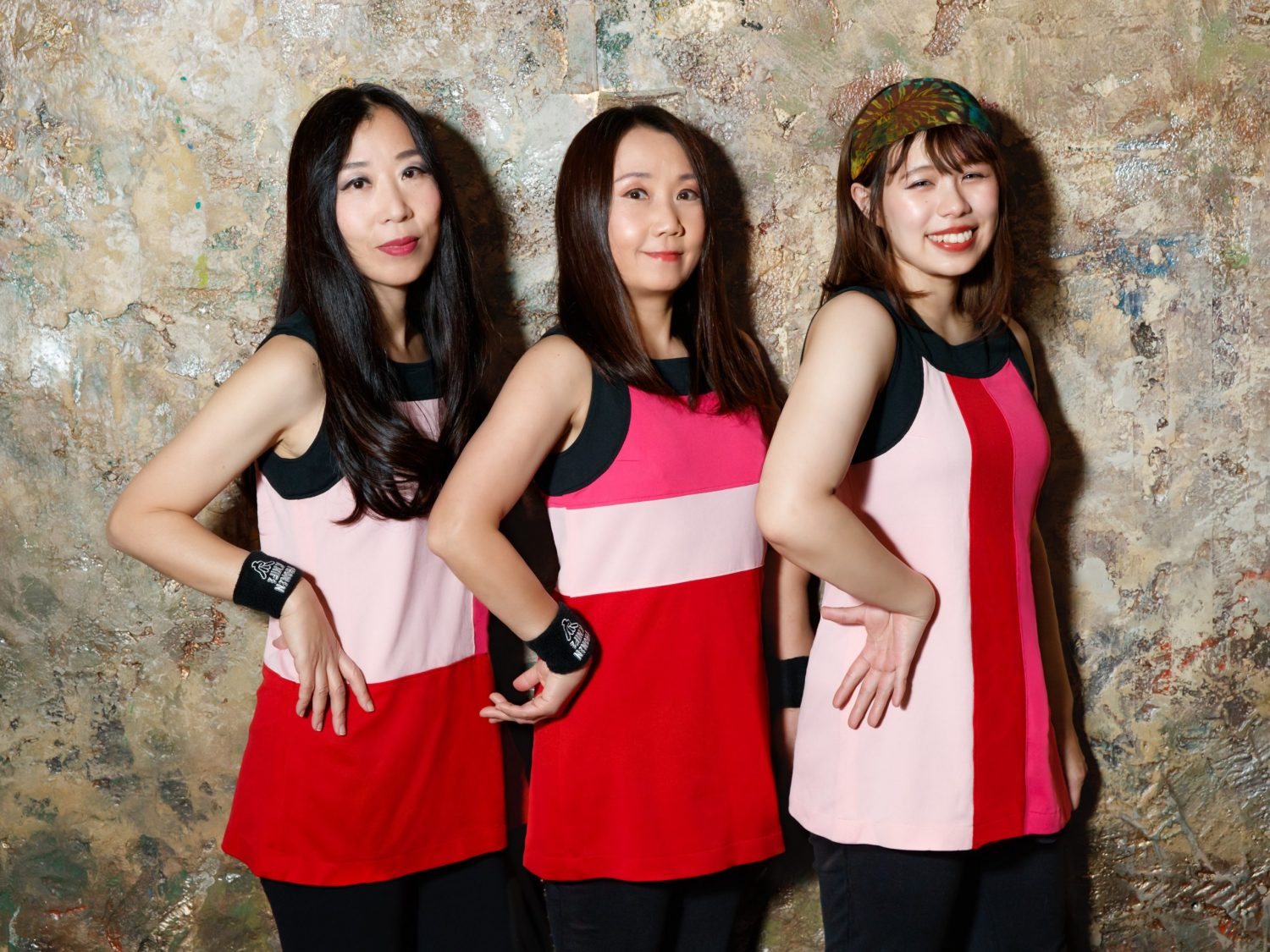 “Next we’re going to perform three songs in a row about snacks!” announced Shonen Knife guitar-vocalist Naoko Yamano. As the band launched into the one-two-three sugar rush of their classic tunes “Popcorn, Cookie Day and Hot Chocolate,” the audience at Fever in Shindaita, Tokyo, were reminded once again that Shonen Knife are a band like no other.

In December 2021, Shonen Knife will celebrate 40 years since their 1981 formation – a journey that has seen them championed by grunge superstars Nirvana, respected DJ John Peel, and revered comedian Stewart Lee, finding fans around the globe as they have released album after album of infectious, sweetly intentioned rock and punk music.

It’s quite rare to see rock stars of any stripe endure that long, let alone an all-female independent band from Osaka, Japan. But tonight, sisters Naoko and bassist Atsuko Yamano proved they can delight an audience of older and younger fans alike.

712 Day is an annual event held by Shonen Knife every year around July 12, a play on the Japanese phonetics for the numbers 7, 1 and 2 that can be pronounced as “Knife”.

This time, they were able to hold their Tokyo show on July 11 in accordance with COVID-19 restrictions, which meant the limited number of ticket holders had to sit in their bucket chairs through the entire performance, despite the mosh-worthy tunes. And in respect of their 40th anniversary, the band played a broad selection of songs from throughout their long career, continuing for nearly two hours and through two encores.

It was a treat to see the two Yamano sisters together on stage. Naoko has been the frontwoman since day one, but her younger sister has had a more complicated journey. Atsuko was originally the drummer, then graduated to bass when co-founding bassist Michie Nakatani left in 1999, but she later quit the band altogether to pursue a life in the United States. She now returns periodically for albums and tours. Seeing Naoko and Atsuko – two iconic sisters of Japanese rock – on stage together, performing songs that date back four decades, was profoundly moving for a longtime fan like me.

Highlights included wild and rough renditions of songs from their 1983 debut album Burning Farm, including the album’s title track (which was once covered magnificently by Sonic Youth on the 1989 tribute album Every Band Has A Shonen Knife Who Loves Them) and “Twist Barbie,” a sharp punk song about longing to be as cool and sexy as an all-American girl. Both songs were later re-recorded for Shonen Knife’s 1992 breakthrough album Let’s Knife, which followed their 1991 UK tour opening for a pre-Nevermind Nirvana (Kurt Cobain stated they were one of his favorite bands of all time).

Drummer Risa Kawano, who joined in 2015, played the entire show with a massive smile from ear to ear, standing up to hammer her drum kit on some songs, and even taking the mic to sing versions of “Cycling Is Fun” and “Catnip Dream”. The latter song, originally sung by Nakatani, is a personal favorite of mine – it’s an angelic mid-tempo lullaby with the lyrics “Catnip is a kitty-cat drug”, joyfully pondering the blissed-out dreams a cat might enjoy when under the influence of catnip. It’s a typical example of Shonen Knife taking a mundane topic and filling it with imagination and wonder.

The song has even been covered by Jeff Buckley, a sure sign of its unexpected depth. And when Kawano sang it at the Tokyo show she made it her own, singing the “Meow, meow, meow” parts in her best feline voice.

It’s a delight to see how Shonen Knife have involved Kawano, a relative newcomer to the band, by giving her songs to sing. When Metallica recruited bassist Robert Trujillo in 2003, to make him feel part of the band, they paid him $1 million USD so that he would be a millionaire like the other members. Shonen Knife are probably not millionaires, but I like to think that giving Kawano these precious songs from their back-catalogue to sing is a gift in the same spirit.

Other songs on the setlist included renditions of “Banana Chips” from 1998’s Happy Hour album (an upbeat song about banana chips, if you hadn’t guessed); “Wild Life” from 2000’s Strawberry Sound, their first album after the departure of Nakatani; and a version of their shambolic but fun 1991 lesser-known anthem, “My Favorite Town” (Osaka), with lyrics changed for this Tokyo show to playfully sing the praises of the capital instead.

Meanwhile, their 2019 album Sweet Candy Power was represented by its title track, a super-positive rock song about different kinds of candy and their energizing powers on tour and in daily life.

By this point you might be starting to notice a pattern. Yes, the majority of Shonen Knife’s music consists of excitable three-power-chord songs with lyrics about food, hobbies and the mundanities of daily life. But they paint with a brush so vivid, in colors so delightfully saturated, and with an innocent purity that is so infectious, they shine in a way that few bands can manage.

I’m convinced that this is the secret to Shonen Knife’s longevity. Their approach may appear simplistic, but it results in an appeal that is timeless, that crosses boundaries and cultures to reach deep into the hearts of their fans. And more than likely, it gives the members themselves the motivation, the momentum and the spirit to keep performing.