CEATEC 2021 Trade Fair: Emphasis on ‘Living with Corona’ and Decarbonization 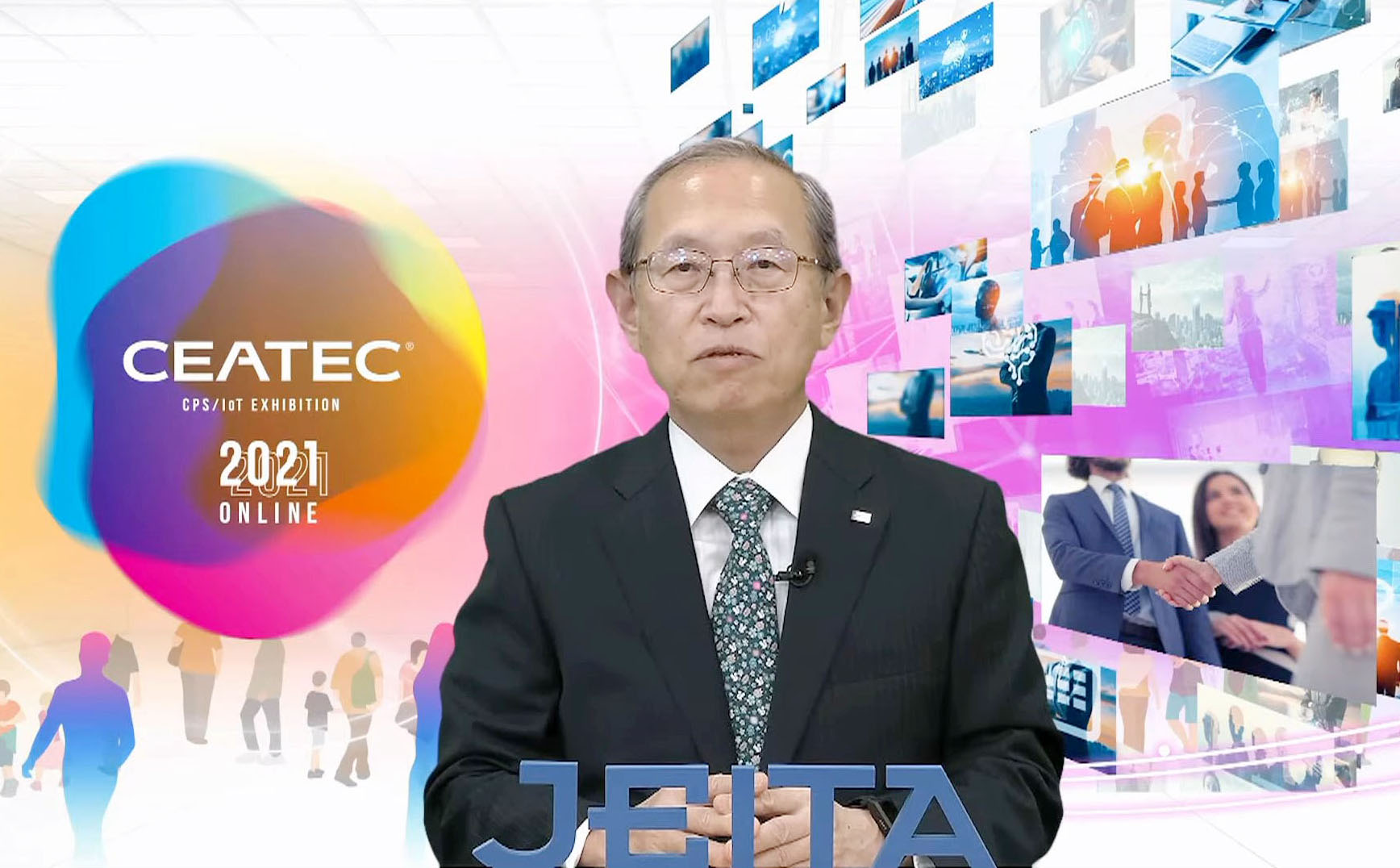 The cutting-edge IT and digital appliance trade fair “CEATEC 2021” kicked off on October 19, in an online format similar to last year.

Key themes at this year’s exhibition include “Living with Corona” and technology related to decarbonization and digitalization – two areas that fall under the government’s growth strategy.

The online trade fair will run until October 21, but exhibits can be viewed until November 30.

At a press-preview event on October 18, the first thing that stood out was the cautious approach regarding COVID-19. Mass vaccination in Japan is progressing well, and infection rates are improving. Yet the exhibition showed that fears over a COVID-19 resurgence remain.

One example that reflected this caution was Kyocera’s AI self-checkout system. Self-checkouts have become more common in convenience stores and supermarkets due to staff shortages and the pandemic, but the time-consuming process of scanning each individual item is an issue.

Under Kyocera’s system, though, AI is able to identify the products from a photographic image, and calculate the total price instantly, even if there are numerous items scattered in a disorderly fashion.

“As long as the AI system can view about 40% of the product, it can work out the price,” reveals Kyocera, which is aiming to make the system a reality from 2023 onward.

Sharp has made use of Kyocera’s liquid crystal technology to create a “touchless panel” that can be operated without physical contact – to prevent the spread of COVID-19. It also revealed a speaker with a built-in microphone to solve the issue of voices that are difficult to hear.

In response to the government’s aim to have net zero greenhouse gas emissions by 2050, several companies have focused their efforts on decarbonization-related technology.

Toshiba promoted its light, bendable “perovskite solar cell,” which can be used on various previously unused surfaces such as office building walls and roofs that are not particularly strong. This would increase the number of places capable of generating solar power.

Mitsubishi Electric showed the inside of its SUSTIE net-zero energy test facility – built in Kamakura, Kanagawa Prefecture, in October 2020. The facility is designed to have net zero greenhouse gas emissions by making use of renewable energy and other sources.

According to Mitsubishi Electric, its facility is the first medium-scale or larger building in Japan, with high energy consumption, to achieve this zero-energy target.

“We have an abundance of technology that can be incorporated into existing buildings, and we want to contribute to the decarbonization of society,” explained a spokesperson for the company – referring to technology related to lighting and air conditioning.

Regarding digitalization, SoftBank introduced its “flying base stations,” which could potentially send radio waves to smartphones from space and the stratosphere. The waves are planned to be sent from satellites and unmanned aerial vehicles located about 20 kilometers above the Earth’s surface.

Meanwhile, on the issue of security, which will be crucial in the age of digitalization, Toshiba and Mitsubishi Electric introduced cryptographic technology that will protect next-generation “quantum computers.”


(Read the Sankei Shimbun report in Japanese at this link.)