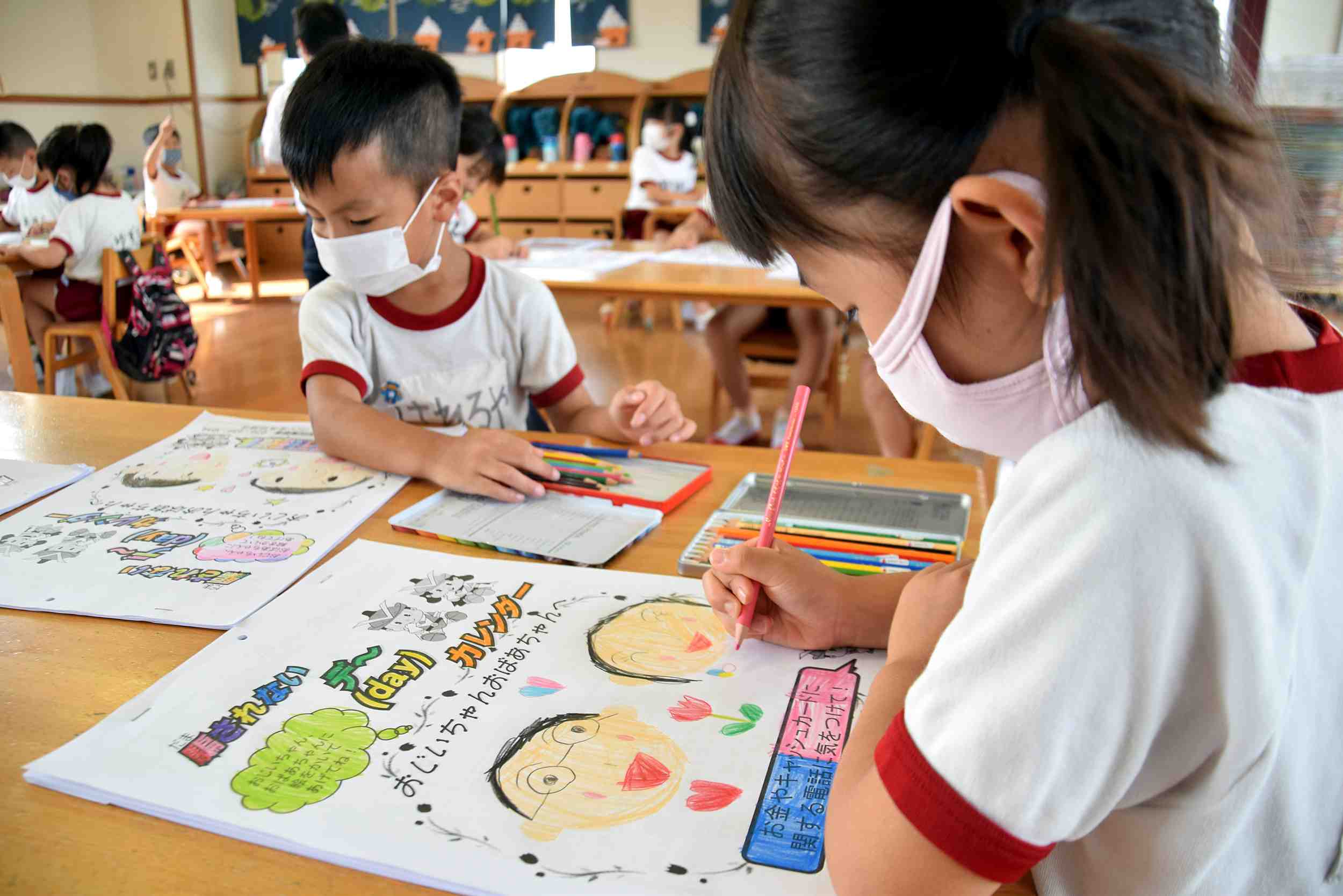 As we pass the 10th anniversary of the 2011 Great East Japan earthquake, what can be learned about giving a voice to the youngest members of society?

When there is a social crisis or emergency, it often becomes a point of debate for adults to discuss what to do and how to proceed. Yet, lessons from the past teach that some categories should be left to those who are most affected, especially the children. How they deal with a crisis or emergency can sometimes be overlooked or overwhelmed by the voices of others.

One small newspaper, Ishinomaki Hibi Shimbun in Miyagi Prefecture, caught this issue soon after the earthquake and tsunami of March 11, 2011. It started as an idea by Ishinomaki-born Michiko Ota of giving children a place to express themselves, and soon became a full-fledged periodic newspaper, featuring exclusively the voice of children: Kodomo Shimbun.

Since its inception, Kodomo Shimbun has seen more than 750 contributions by children. Currently it has 70 children journalists, and it still delivers news from Ishinomaki and beyond from a child’s perspective. And in March 2021 it has won the Eiji Yoshikawa Culture Award.

At the end of February on the eve of the 10th anniversary of the earthquake and tsunami, we spoke to Ms. Ota, 52, who nurtured Kodomo Shimbun from concept to reality, working with the children of the region.

‘Creating a Place Where Kids Can Just Be Kids’

Ota was a woman from Ishinomaki who returned as a volunteer after the earthquake and tsunami. Months after the 2011 earthquake, she witnessed something odd while volunteering in a children’s art workshop.

While many children were happily drawing colorful pictures, as kids do, one child had a very serious look as he drew. As Ms. Ota peered over his shoulder, she saw he was repeatedly writing in black ink on a red background: death, death, death.

Ishonomaki suffered particularly heavy losses in the earthquake and subsequent tsunami. With a population at the time of 160,000 people, it suffered the heaviest death toll of any metropolitan area: 4,000 lives.

Death was at everyone’s doorstep, and it affected the children in a deep way. Their anxieties and concerns were coming out, even in the way they would express themselves in art workshops.

It was in this context that Ota had a realization: “I thought to myself: this isn’t normal for a child. They must have been through something awful…. That was when I thought that, although it might not be perfect, it was necessary to do something, to create a place where kids could just be kids and express themselves.”

It was then that she approached Ishinomaki Hibi Shimbun.

Offering Children a Paper of their Own

The local newspaper with fewer than 25 employees had already found a variety of ways to help the local community.

Starting in August 2011, its veteran journalists got together with local children and, with the guidance of the adults, helped the children make a proper newspaper out of their reports. The children began by publishing in 2012 every few months, and aptly named it Kodomo Shimbun (children newspaper).

Ten years down the line, children have made about 750 contributions to the newspaper they design and manage, and a whole generation of children has participated.

Reading the stories, it’s like touching a ray of hope with your bare hands. Ishinomaki’s children journalists have received help from all over Japan and abroad, and they have a strong feeling of wanting to give back.

For example, when Hiroshima was hit by a natural disaster in 2014, one child journalist expressed the wish to report from the ground and deliver financial help from Ishinomaki to people in Hiroshima. Other children went all the way to Manchester, in the United Kingdom, to write about the football players who had come to Tohoku to help with disaster relief in 2011.

The Special Perspective of Children

Ota told us how often, even when put next to veteran journalists, the children would have ways of reaching the hearts of people.

She recounted fondly how on one occasion an Ishinomaki Hibi Shimbun journalist did an interview, and after that the Kodomo Shimbun reporter did. The twist? The interviewee spoke a lot more to the child than to the seasoned reporter.

“This wasn’t because of the skill of the journalist, obviously. It was because it was a child asking. That time I thought, ‘Children are born journalists.’ Children open people’s hearts, and once you do that, people will talk to you,” reflected Ota.

Not only are they born journalists, children can also be bold and brave.

Ota recounted with a warm laugh how, on one particular trip to Manchester, a couple of kids were included in the media pool with other journalists, which was unusual. When asked if anyone had any questions, Keisuke Sakai, in his second year of elementary school, put his hand up and boldly asked a question!

The best part is that this project is self-sufficient. Businesses, NPOs, and individuals have donated funds so that these kids and volunteers can continue their endeavors. And with human connections, the network is expanded.

For example, donations from the Taylor Anderson Memorial Foundation have been instrumental in supporting the project. TAMF is an NPO commemorating another young victim of the earthquake and tsunami, 24-year-old Taylor Anderson.

To show their gratitude, the Kodomo Shimbun children interviewed students of Taylor Anderson and ran several articles about her story, remembering her life and the lives of those she touched.

There are other stories, such as the head of a major foreign company who was impressed with the kids’ writeup of an interview with him. In fact, he was so impressed that he donated digital cameras to the paper, saying fondly: “At your age, I also took pictures. Continue photographing going forward as well.”

Reflecting on the impact of Kodomo Shimbun, Ota explained: “Thanks to these four pages, which are published once every few months, a lot of things have happened. From the point of view of the children, especially those who experienced the disaster, people have done so much for them, they wanted to do something for other people.”

Ota reflected on the importance of the project: “Immediately after the disaster there was a discussion about why the voice of women didn’t reach the wider audience. For example, women didn’t have a place to change in evacuation centers, or privacy to nurse their small children. I think for kids it was the same. Their voices weren’t heard.”

She continued: “There was so much that needed to be done after the disaster. Children needed to be protected, but it didn’t mean that children shouldn’t do things themselves. They wanted to help, and they could.”

Ota added: “If you put children in a state of mind where they are helping adults, they discover a lot of determination! It’s better to have them gradually stand at the fore, to create a context in which kids can flourish, where they can come up with new ideas, and we can slowly change the world.”

In 2021, Kodomo Shimbun won the Eiji Yoshikawa Culture Award recognizing the publication’s role in bringing the voices of children to the fore, and its plans to continue bringing human connections to Ishinomaki and beyond.

“I would like for this to be an impetus to create a society where children can flourish. We have created a template, I hope that in the future as well people will use it,” Ota said.

Find articles related to this story in the series, “3.11 Earthquake: Rebuilding,” at this link.