China Steps Up Efforts to Demonize Japan in Canada 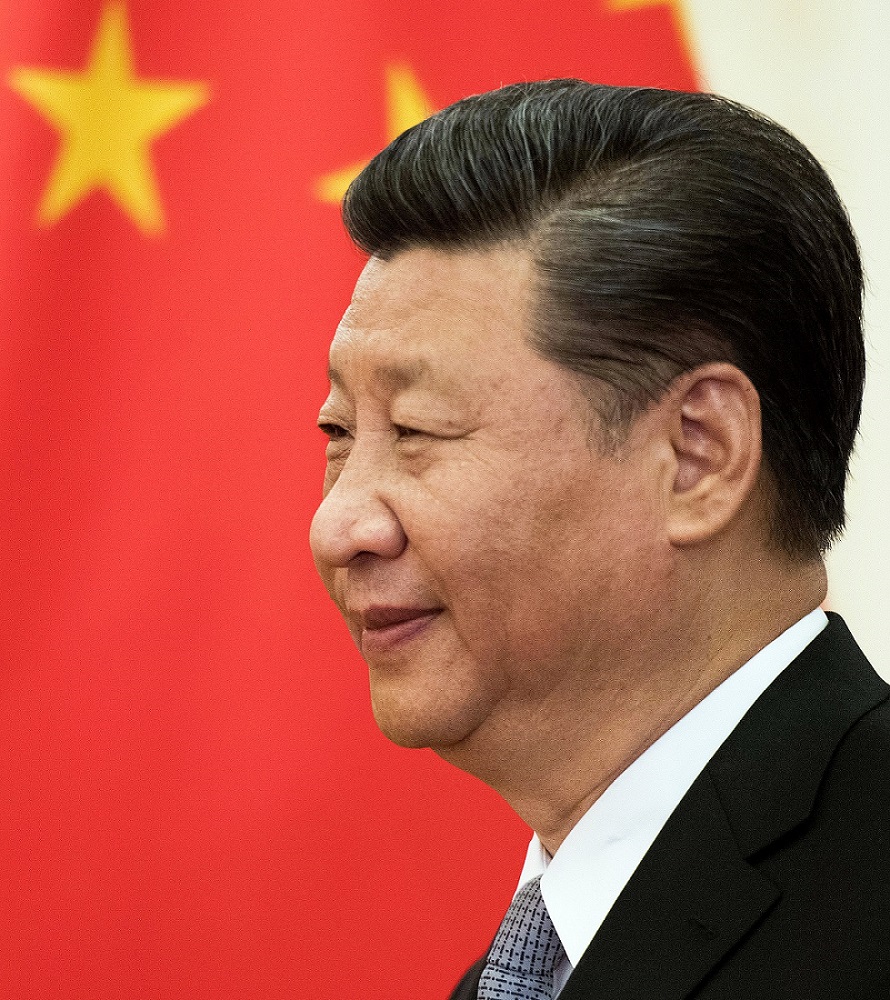 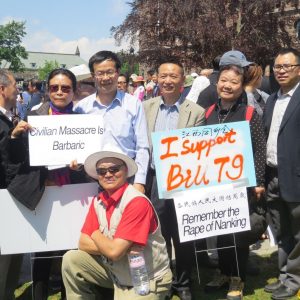 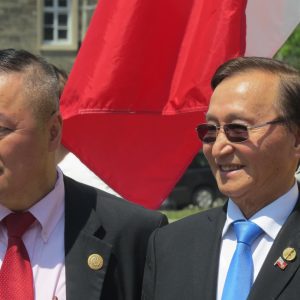 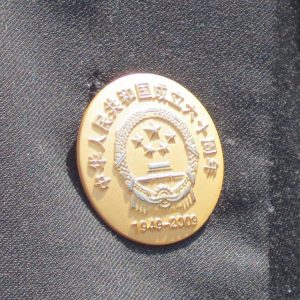 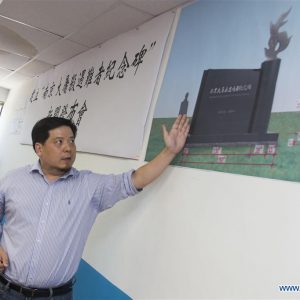 China Steps Up Efforts to Demonize Japan in Canada

Despite its economic power, Japan’s political clout in Canada and around the world is modest. The Japanese government is not very active here.

Cultural organizations, like the Japanese Canadian Cultural Centre (JCCC), other than showing movies, limit their activities to promoting traditional Japanese martial arts and obscure holidays, which are unknown outside of Japan.

Even the recently-established Centre in Japanese Studies at the University of Toronto, with “interim visiting chair” Professor David Welch, failed to attract wide attention, despite the Japanese government’s generous grant of CAD5 million.

In a statement, Yasunori Nakayama, Japan’s consul general in Toronto at that time, declared the center as an opportunity to work with Canada on common goals and challenges, “such as terrorism, global warming, and our aging populations.”

Though those problems seem important, they are only part of the complex situation in the Far East, caused by the imbalance of power in the area.

Usually, such obscurity is a good sign, meaning that the country is tranquil and prosperous, unlike other countries, whose turbulent political reality fills up daily newspapers and websites. The problem is that such lethargy could be shattered easily by external factors, and the Japanese political institutions are ill-prepared to tackle ugly attacks.

Such a blow was the recent well-organized campaign to introduce yearly commemoration in Ontario of the so-called “Nanjing Massacre” of 1937.

It was poorly handled by the government of Japan, its Toronto consulate, the cultural organizations, and even the Centre in Japanese Studies. The campaign went from a law (Bill 79), which could not be processed before dissolving the Parliament of Ontario due to the election, through a parliamentary motion (Motion 66), which introduced a commemorative date in December.

The Toronto City Council also passed its own commemoration motion, under the relentless pressure of the leftist Councillor Kristyn Wong-Tam.

It was odd that so much effort was invested in campaigning for an event that happened 70 years ago and did not involve Canada in any shape or form. Beyond any doubt, this was driven by pressure from the government of China and the Chinese lobby in Canada.

If we want to mark catastrophic events, there are plenty of those caused by the genocidal Communist Party of China — but none of them is marked in Canada.

The drive to commemorate the Nanjing events is promoted even on the website of the Embassy of the People’s Republic of China in Canada. The latest twist in the campaign is the demand from the member of the federal Parliament, Jenny Kwan (British Columbia), that the Canadian government declare a national remembrance day for the Nanjing events.

It is not a surprise that such ugly events take place in Canada. Many decades ago, Canada was a serene country with its own culture. The disastrous policy of multiculturalism, introduced by Prime Minister Pierre Elliot Trudeau in the 1970s and gradually implemented by consecutive governments, has resulted in denial of the dominance of Canadian culture.

The drastic increase in immigration from many different ethnicities was paired with the idea that their cultures had equal importance and were entitled to equal protection, no matter how backward some of them were.

That concept took a bizarre twist under the new government of Justin Trudeau. He famously stated that Canada had no core identity and its most distinct and admirable feature was “diversity.”

A country with no core identity, which idolizes diversity, is not a real country but a gathering place of hundreds of ethnicities that bring their old ideas and customs to fight for political and cultural dominance.

According to the 2016 census, there were 1,769,195 Chinese in Canada and only 121,485 Japanese. Since the Chinese vastly outnumber the Japanese population in Canada, their lobby has no problem finding receptive ears among greedy and corrupt politicians who would do anything to keep their positions. The influence of shady Chinese businessmen and politicians in Canada is not a secret.

A recent investigation by the Canadian newspaper The Globe and Mail revealed the attempts to use overseas Chinese to advance the agenda of the Chinese communism.

The reporters obtained a manual in China — United Front Theory and the Frontier of Its Practice — which outlined methods to increase the government influence over Chinese Canadians. Special attention was given to Canadian politicians of Chinese background.

According to the newspaper, “In 2010, the director of the Canadian Security Intelligence Service warned that cabinet ministers in two provinces, as well as several municipal politicians in British Columbia, were suspected of operating under foreign influence.”

China attempts even more brutal pressure. For example, Denzil Minnan-Wong, Toronto’s deputy mayor and a long-time city councillor, acknowledged in an interview that he was exposed to Chinese pressure.

“He was once called into a meeting with Chinese consular officials and urged not to travel to Taiwan, which mainland China claims is a breakaway province. ‘I have travelled to Taiwan before. And the Chinese government has expressed concern to me that they’re not pleased,’ Mr. Minnan-Wong said. He went anyway.”

The Prime Minister of Canada, Justin Trudeau, has held questionable fundraisers in the homes of rich Chinese, who were happy to donate substantial sums to the Trudeau Foundation, run by his brother, in exchange for access to the government. Trudeau was not shy to admit at a fundraiser his admiration for the “basic Chinese dictatorship” that can quickly resolve social issues.

Inadequate Response of the Japanese Government

The Nanjing events initiative is one of the tactics to demonize Japan and diminish its influence in Canada. The Japanese lobby, if it even exists, is no match to the long Chinese tradition of buying influence with money and threats.

Many Chinese in Canada are still afraid of their previous government, whose long arm can still wreck their lives, even though thousands of them found refuge here from communist oppression.

It came as no surprise to me that the response of the Japanese consulate and the JCCC to Bill 79 was inadequate and insufficient. From what I heard, they relied on lobbyists to change the minds of the politicians. They were strongly opposed to grassroots efforts by the Japanese population to oppose the proposed legislation.

That creates strong resentment among ordinary Japanese Canadians, who would become the first target of animosity over decades-old events. They had already witnessed such negativity over the “comfort women” motions in the U.S. and Canada, when Japanese kids were bullied and harassed at school by Chinese and Koreans.

The Japanese tactic of lobbying behind the scenes failed miserably in 2007 during the debate about the “comfort women” motion in the House of Commons (federal parliament) of Canada.

The Chinese lobby easily defeated the Japanese efforts, despite the fact that evidence was beyond questionable that the allegations of mass sex slavery organized by the Japanese government in World War II were fabrications. Seeing no real objections from ordinary Japanese, the politicians chose to accommodate the bullies from China and Korea, instead of studying the issue or simply declaring it irrelevant to the Canadian realities.

The reluctance of the JCCC to get engaged with common Japanese people on this issue is explained by their desire to stay away from politics and stick entirely to promoting exotic Japanese culture. However, this is not a dead culture, which, like the Sumerian culture, can be covered as a curiosity from the past. The Japanese culture is carried on by living Japanese people. Their daily lives don’t revolve around kendo and martial arts; they have their fears and anxieties in a hostile ethnic environment, so their cultural center should be more sensitive to their problems.

In contrast, the Korean cultural center in Toronto is deeply engaged, even in political issues. Two years ago, I was there to observe the ceremony for unveiling a statue that symbolized the Korean “sex slaves.” They even managed to attract prominent Canadian politicians, both federal and provincial, to speak at the event.

Why can’t the Japanese community organizations do the same? They have a much better case from a historical point of view.

Unlike the Armenian catastrophe, the events in Nanjing are still questioned and plenty of “evidence,” especially photos, have been proven false. I have read the proclamations and messages of General Chiang Kai-shek and it puzzled me that the leader of the Chinese nation didn’t say a word about the alleged massacre of 300,000 people after the fall of Nanking on December 13, 1937, in his address to the nation delivered on December 16. Failing to mention such a catastrophic event is like President F.D. Roosevelt forgetting to mention the Pearl Harbor attack in an address to the nation in December 1941.

This situation looks like a fertile ground for research and discussions among historians and other scholars. But are those scholars up to the task?