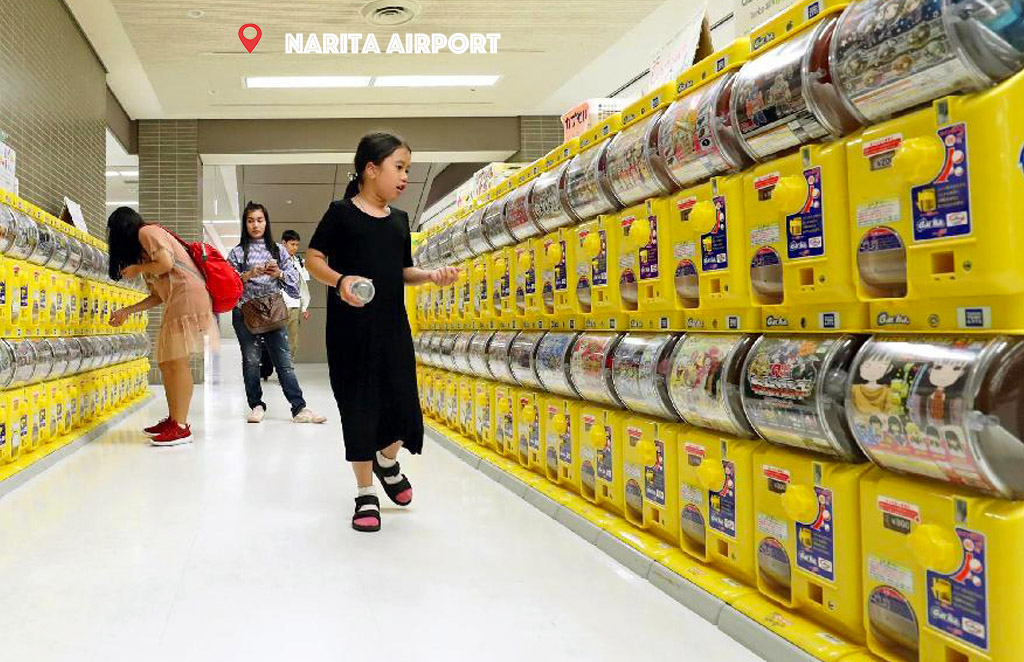 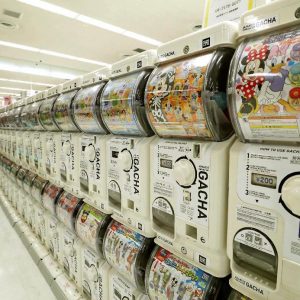 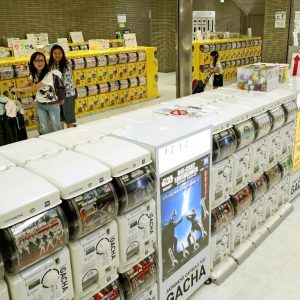 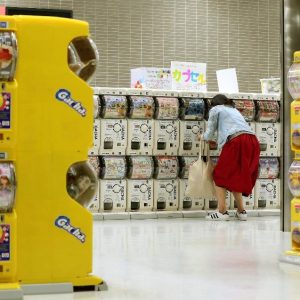 A friend of mine once told me, “I don’t drink, I don’t smoke. But I have one great addiction: gacha machines.”

For those of you who don’t know, they are machines that spit out colorful balls containing little toys or mascots, all for the price of roughly JPY100 (USD0.80). The eloquent name derives from the sound the little plastic spheres make when they are dispensed — that is, “gacha-gacha.”

Their prime consumers are happily screaming children, but, as proven by my friend, full-grown adults enjoy the thrill of not knowing what mascot they will get.

Found in game centers, Pokémon shops, and various other locations, gacha machines are something closely associated with Japan — so much so that the company decided to take them all the way to Narita Airport, in case a traveler gets a last urge to take on the odds with the machines.

After all, what better way to get rid of remaining Japanese yen coins before leaving the country?

The scene is one to behold. Since last July, when the dispensing machines were first set up, kids have been seen running around with JPY100 coins in Terminal 2 at Narita Airport. Approximately 300 kinds of gacha machines line the basement floor, so you will see them right as you get off your train into the airport.

The gacha machines are slightly more expensive at Narita than the ones found elsewhere — about JPY200 to 500 per piece (USD 1.75 to 4.40). This might dissuade customers in the long run, but it certainly hasn’t stopped the popularity yet, particularly of the Pokémon gacha machines.

So, if you are prone to forget to buy souvenirs until you reach the airport, or you just want to get rid of coins before your flight departs, make sure you stop by the gacha machines.

If nothing else, I know my gacha-loving friend will definitely appreciate this addition to the amenities offered at the Narita Airport.