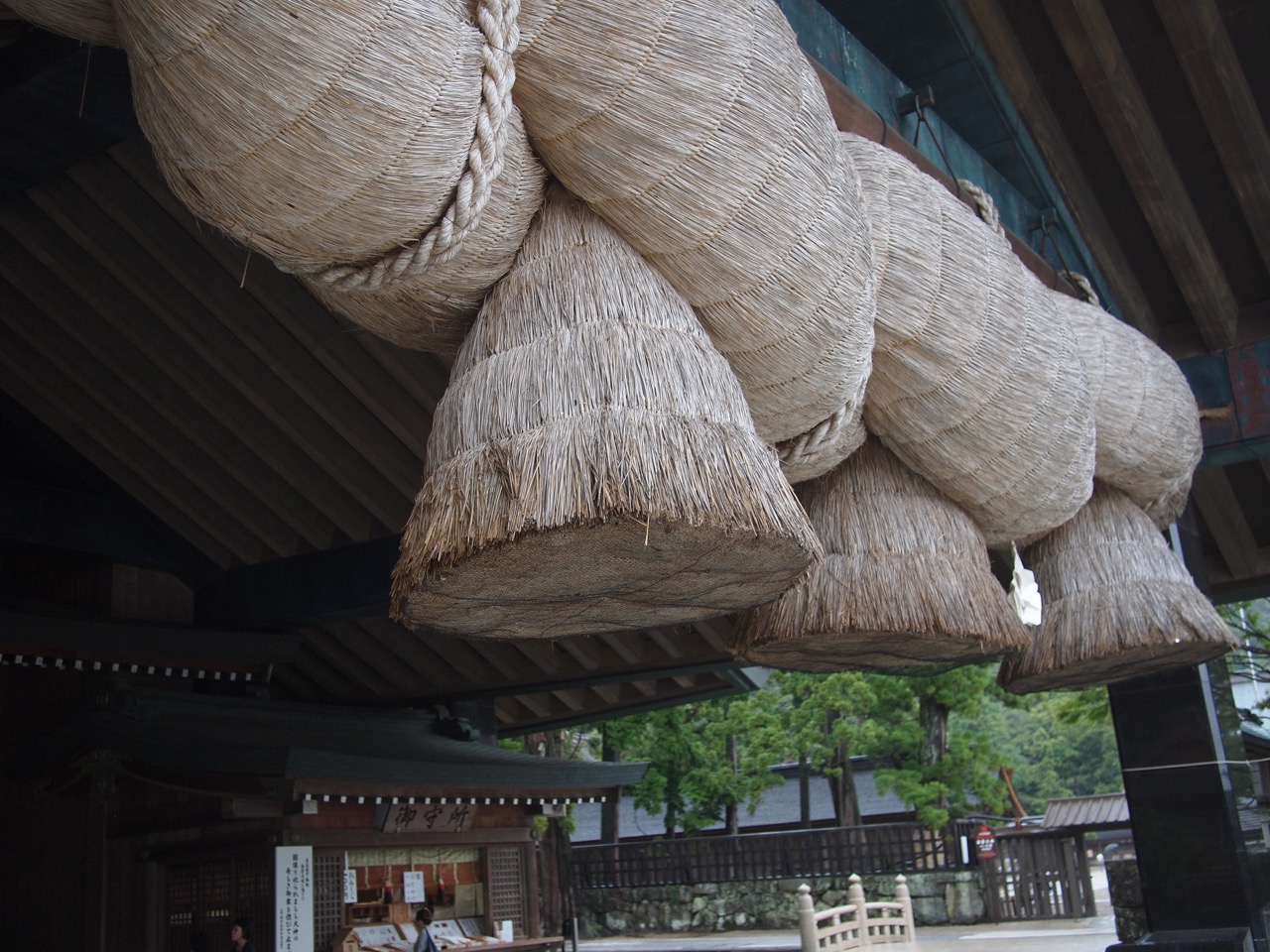 As I learned on my most recent trip, the pleasure of rural Japan is that you’ll never know who, or what, you’ll bump into next.

I took a three-day trip to Izumo, home to Izumo Taisha, one of Japan’s most prominent Shinto shrines. 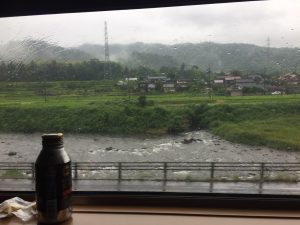 Morning view from a sleeper car on the Sunrise Izumo

Izumo is located in the distant Chugoku region of Japan. To get there, I rode the Izumo Sunrise night train. For a price competitive with airplane tickets (actually, free for foreign visitors with a JR Rail Pass), you can see the night skyline of Tokyo from the comfort of a private sleeper car, and wake up in the morning to see rice fields and country estates passing by as the train rumbles comfortably onward.

Izumo Taisha is the home of Okuninushi, descendant of the wild mythological figure Susano’o. University of Tokyo professor Yijiang Zhong writes in The Origin of Modern Shinto in Japan: The Vanquished Gods of Izumo that Okuninushi was seen as the ruler of Japan’s divine matters and a figure of national unity, until he was displaced during the country’s modernization. 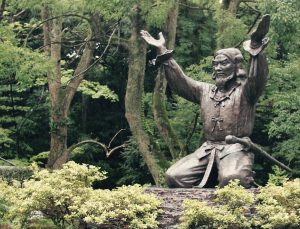 Statue of Okuninushi at Izumo Taisha

But even today, the Izumo area maintains a strong reputation for being the home of mythology, spirits, and gods. It’s said that every October, the gods of Japan leave their home shrines and convene in Izumo.

Izumo Taisha is also famous for being able to find wedding partners for those who pray there, and visitors will find plenty of opportunities to make a potential match.

Back at my hotel after a fascinating day at the shrine, I hit up a local bar to see what kind of characters I could meet in the area. The friendly bartender started chatting with me, and almost immediately, the guy sitting next to me joined in. I learned that my neighbor at the bar was visiting his hometown here in Izumo after moving to the northern island of Hokkaido for work. He invited me to come with him to his favorite rural shrine, and the next day, I hopped in his car and headed out to the countryside.

We eventually arrived at Susa Jinja, a small shrine in the mountains not reachable by public transportation. My new acquaintance didn’t explain to me why he liked this shrine, just saying that he enjoyed the cool mountain air and the quiet atmosphere. Looking it up later, I learned that Susa Jinja is the only shrine in Japan that is actually dedicated to Susano’o, Okuninushi’s wild ancestor. 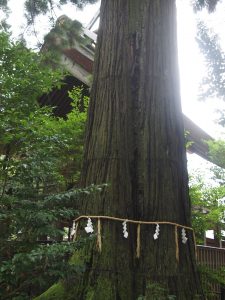 After our shrine visit, my bar mate treated me to some Izumo soba, the local delicacy. The soba noodles are handmade with local ingredients, and you can add whatever toppings you like. The style that I tried had three separate bowls, with the leftover broth from your finished bowl getting poured into the next one to make it more flavorful. The lunch was a delicious match for the cool mountain air. 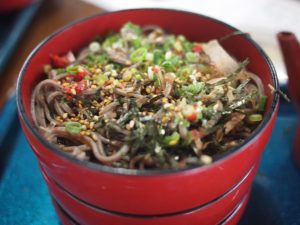 My trip to Izumo was marked by fortunate meetings and mysterious coincidences, but the warmth of the locals was anything but mysterious. The countryside is a genuine, beautiful side of Japan that I hope everyone gets a chance to experience for themselves.

Avery Morrow is a graduate student in religious studies at the University of Tokyo.