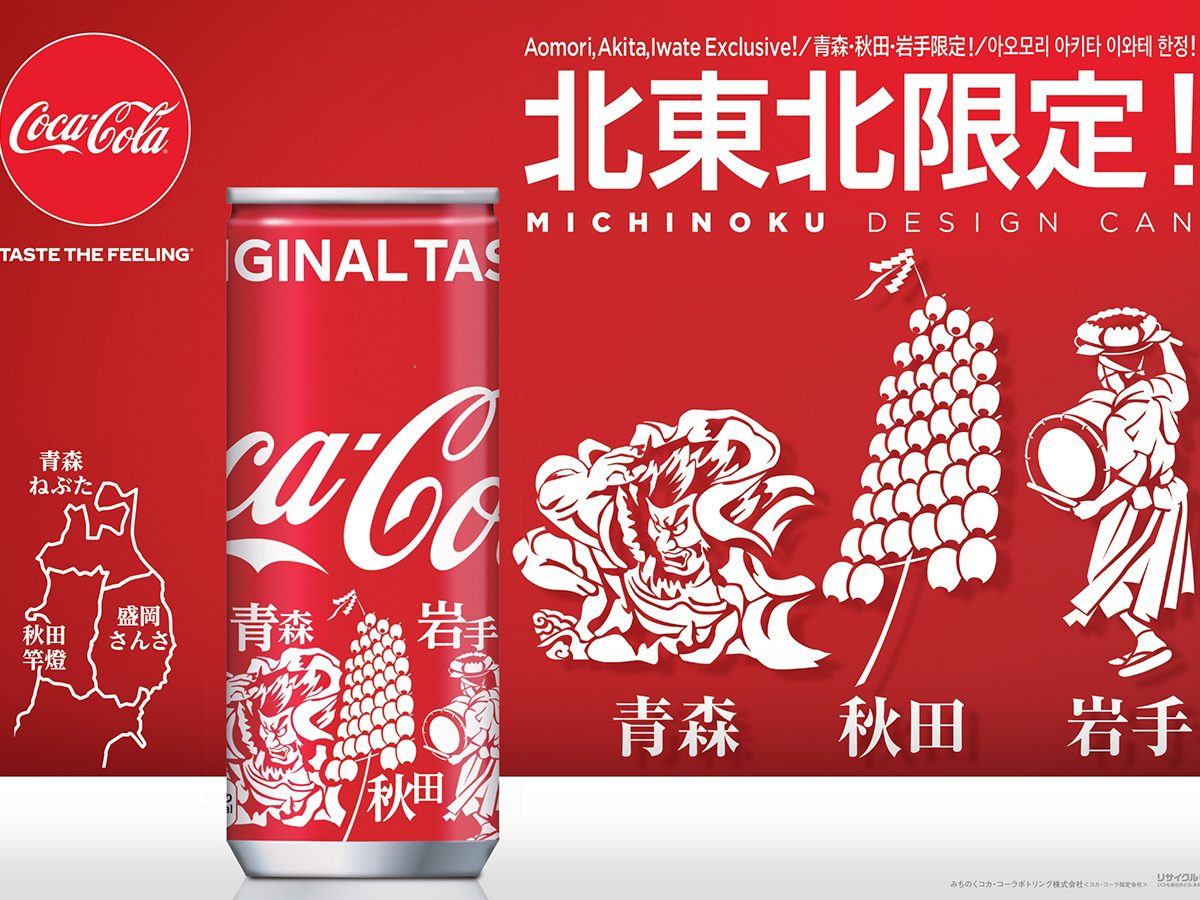 These elusive aluminium bottles of coke can only be found in the specific regions they feature, making them fun souvenirs from any trips around Japan.

Northern prefectures such as Aomori, Akita and Iwate have featured before, with bottles that incorporate traditional festivals and prominent buildings into the design.

But now these three areas will appear side-by-side on one Coca-Cola can.

It’s being sold under the moniker of the ‘Michinoku Design’. Michinoku is a former province of Japan that spanned these three modern-day prefectures.

The rest of the article can be viewed on our partner’s website, grape Japan at “Coca-Cola celebrates 3 festivals from northern Japan in one gorgeous design sold exclusively in Tohoku.”