Comfort Woman Statues: A War Against the US, Not Japan 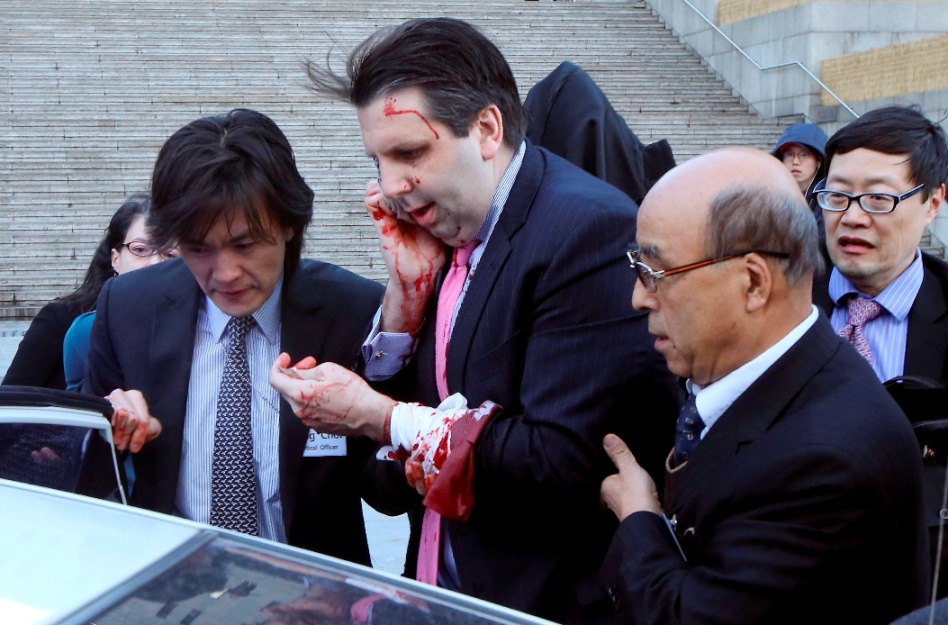 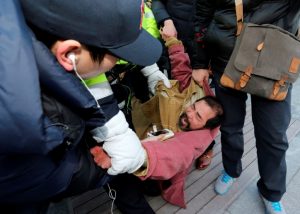 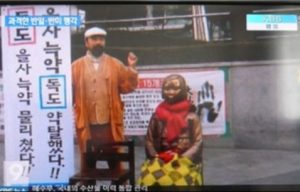 Koreans are coming. Not in peace. Few citizens of Brookhaven, Georgia realize that war has just washed into their town. The scourge spread 7,100 miles from Seoul, and 7,200 from Beijing. The full-scale assault is disguised as a statue of a young woman. But make no mistake—this is pure warfare. Their city is the latest beachhead in the joint Chinese-Korean propaganda campaign to break up the United States-Japan alliance.

Some Brookhaven residents are worldly and see that their city is being used as a prop to undermine US national security. Others lack context and do not understand what is happening. They do not realize that their Southern hospitality is being abused, and the Korean and Chinese puppet masters are laughing even as other Brookhaven residents have warned that something is wrong. The wary are right to be concerned.

I was born and raised in Florida. I can catch a gator with my hands. I served in the US Army, and have done war correspondent work for years in Iraq, Afghanistan, the Philippines, and Thailand. I lived more than half my life outside of the United States, travelling or residing in 75 countries: six years in Europe, five in the Middle East, and most of the rest in 25 Asian countries. Koreans and PRC Chinese do not fool me.

These statues are more than a financial scam. They are part of an extensive information war whose ultimate target is not Japan but the United States. Brookhaven has just allowed itself to become part of the frontline. 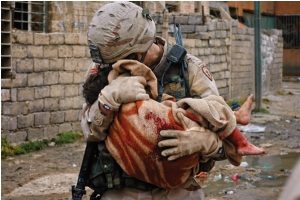 Major Mark Bieger holding baby Farah as she dies after being hit with a suicide car bomb in Mosul, Iraq. (cr. Michael Yon)

I have seen a lot of war, but it does not take any special skill to divine that we could soon be at war with North Korea.

China is on the march, building islands, asserting itself. China has already taken Tibet and Hong Kong, and is slowly strangling Taiwan while nibbling at Bhutan and Nepal, elbowing India, Japan, the Philippines, Vietnam, USA, and more—all while attacking Uighurs.

Chinese are masters at information warfare. One intermediate goal is to split Japan, the US, and South Korea: a simple divide-and-conquer strategy easy to see for those paying attention.

Part of this strategy involves dredging up and amplifying both historical facts and fictions. The truth of the historical allegations is very important to Japanese, and to me as an author-historian on this topic.

However, the truth is irrelevant on another level. This is not about whatever did or did not happen from 1931 to 1945. The war is long over. The comfort women statues are not about historical truth or grievance. This part is contrived.

Oddly, the political crisis was not started by Chinese or Koreans. It fell into their laps. This controversy started in 1978 when a Japanese communist and novelist named Yūto Yoshida, using the pseudonym Yoshida Seiji, published a fiction book claiming to have kidnapped women on Jeju Island, Korea, as sex slaves during WWII. Korea was Japan at the time, as Hawaii is part of the USA today. 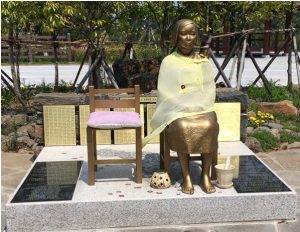 I travelled to Jeju during this research. The more one learns of Korean history, the darker the night, and not by Japanese hands but by Korean.

Yūto Yoshida was caught lying in his book. No women were kidnapped. He admitted to the deception. All was settled. In the early 1980s, he released another book with a similar yarn. This entire controversy was born in Japan from a Japanese communist.

Controversy began to grow but got little traction during the ’80s. An inflection point occurred in 1989 with the Tiananmen Square massacre in China. The Chinese came under intense international pressure. China said, Wait! Look at Japan!

Deflect, Deny, Defame: Tiananmen and After

As with the comfort women, there had been nary a peep about Nanjing until the Chinese rediscovered the value of casting Japanese as villains to distract from the PRC’s many crimes against Uighurs, Falun Gong, and more.

The Chinese were onto something their grandparents knew well. Americans will not believe anything coming out of China unless they are talking bad about the Japanese. 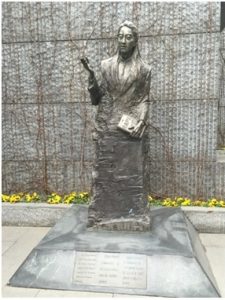 Chinese started pushing and promoting books, such as the Rape of Nanking. They recruited a mentally ill author and pushed the book into a bestseller. Iris Chang later shot herself in the head. I travelled to Nanjing during this research and there found a statue of Iris Chang inside the grounds of a gigantic memorial designed to evoke hatred against Japanese.

There is truth to the Nanjing massacre. But like always, take anything from China and divide by 10 and you are about right (if there is any truth in the first place). For instance, our own anti-Japan propaganda at the time put the number of casualties in Nanjing at 20,000 to 30,000. China says 300,000.

Example: Chinese were fighting Chinese at the time. It is unknown how many casualties were Chinese on Chinese. And as is their habit, many Chinese discarded uniforms to fight. This is a common Chinese tactic and leads to civilian slaughters, which is partly why, if a soldier is caught out of uniform, he can be killed on the spot. This law goes far in protecting civilians from atrocity, but then Chinese never have cared much about seeing other Chinese massacred unless they can use it for propaganda.

Americans as Targets for Chinese Manipulation

The worst slaughter in human history was not carried out by Nazis or Soviets, but by Chinese in living memory, after World War II. They have built no memorial to this. In fact, an enormous portrait of the main author of this slaughter hangs proudly in Tiananmen Square.

Nevertheless, Chinese are great at manipulating Americans, as they did before World War II by waving the Bible, which pulled our heartstrings. It was not for nothing that Chiang Kai-shek sent his “Christian” wife, Soong Meiling, to garner support for the Nationalist cause among American Christians. Meanwhile, Japanese nearly wholly rejected Christianity, staying with their Shinto and Buddhist ways, which made them easy for Americans to demonize.

We Americans never believe a word from Chinese until they point to those evil Japanese with their latest accusation.

In his 1938 book, Behind the News in China,  author Frederick Vincent Williams noted: 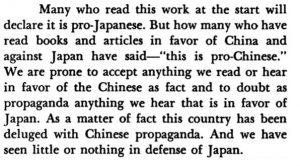 This was true in 1938, and is still true today. China targets us in 2017 even as they buy up Hollywood inch by inch, boosting actors who will toe the line on Tibet or other controversies, shunning those who refuse.