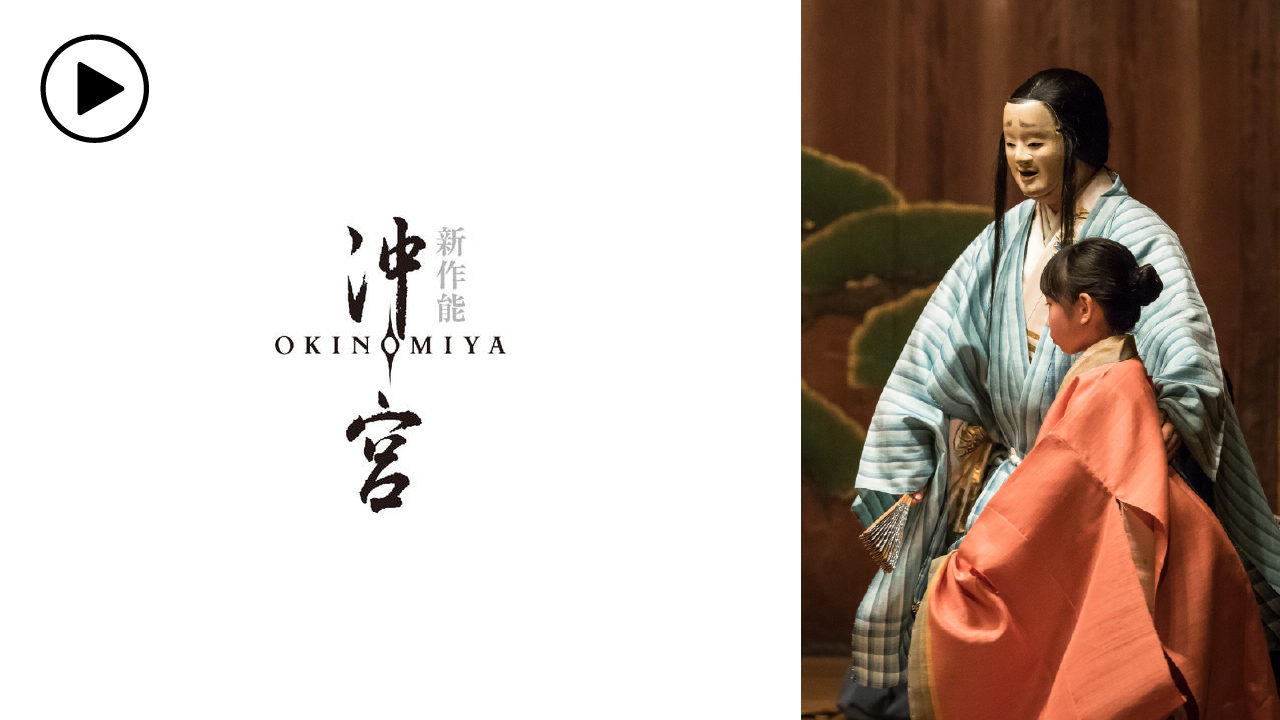 How many times have we heard the mantra: the worst affected sector in this time of pandemic is that of entertainment.

But there are some people who are trying to do something about it. In fact, they are making it an opportunity to deliver magical cultural experiences all over the world.

Okinomiya is a Noh play by writer Michiko Ishimure (1927-2018) which centers around the theme of nature, and it is aiming to deliver its timely message to everyone willing to tune in.

The play will be performed twice on June 12, 2021, at the Kongo Noh Theater in Kyoto.

However, these aren’t easy times to set up a play, especially because of COVID-19. The organizers have therefore launched an international crowdfunding campaign on Japan Tomorrow to help deliver this performance not just in Japan, but to audiences all around the world.

As of April 21, the crowdfunding page had already reached just over half of its target funding, despite having started the campaign only a week earlier, so people interested should hurry not to miss their spot on the roster of support. Check out how to participate, here.

You might be wondering, how did this project come about, anyway?

“A Return to Nature: Performance of the New Noh Play Okinomiya” is a project run by ATELIER SHIMURA, a Japanese handcraft studio with its roots in the Minge (Folk Art) movement. Dedicated to preserving traditional Japanese arts, the studio created the fabrics and costumes for the performance.

The current studio was founded by Fukumi Shimura, designated a Living National Treasure for her achievements in the field of traditional plant-based dyeing, and her family.

Fukumi Shimura also happens to be a lifelong friend of writer Michiko Ishimure (1927-2018), who is best known for her novels and poetry on the Minamata disease, a neurological syndrome caused by severe mercury poisoning. She has also written Noh plays centered around nature, human destiny, and history.

After the Great East Japan Earthquake and nuclear power plant accident of 2011, Shimura wrote a letter to Ishimure, expressing a sense of impending crisis regarding the state of nature. And after two years of correspondence, the new Noh play Okinomiya was born.

Okinomiya is set in 1638. It follows the toils of a village which is tormented by drought, and the sacrifices the villagers make to bring back the rain.

Through Okinomiya, Michiko Ishimure has left a message on the traditional Japanese view of life and reverence towards nature.

The play was first performed in 2018, and was an incredible success. The premiere, held on the Noh stage at Suizenji Temple in Kumamoto, was sold out. It was later performed again at the Kongo Noh Theater in Kyoto and the National Noh Theater, Tokyo. At the latter performance, the now Empress Emerita Michiko was in the audience.

‘Creating With Our Supporters’

The play has a message which is particularly important now, while the COVID-19 pandemic brings so much anxiety into the world.

Therefore, Shoji Shimura, Fukumi Shimura’s grandson, took the lead in organizing this performance of Okinomiya in a move to fulfill the dreams of his grandmother. He hopes it will spread a powerful message of life during these troubled times.

As Shoji Shimura explained on the crowdfunding page:

“Now, I’ve created the Okinomiya Performance Planning Committee in order to host the performance of Okinomiya, a remarkable Noh play with a deep message for us in the 21st century,” he said. “This performance is a dream come true for my grandmother, Fukumi Shimura, who was a long-time friend of Michiko Ishimure,” the play’s author.

The difference this time, is of course, is the elephant in the room: COVID-19.

As is befitting, the organizers are taking various steps to ensure a safe performance both for the actors and the visitors.

The audience will be limited to half-capacity. There will be temperature checks, ventilation and sanitization of the theater. However, these are expensive and laborious tasks for any organizer, as the crowd-funding page explains:

“Hosting a conventional performance while taking the measures mentioned above is a very challenging task. That is why we hope to use this crowdfunding project as a way to produce this stage performance of Okinomiya with the help of our supporters. The committee will be offering a wide range of rewards, including very rare items and memorabilia, in exchange for your kind support.”

Shimura, going on to assess the circumstances of performing in this unusual environment, concludes:

“We are all forced to reevaluate our relationship with nature in these times marked by the pandemic. As organizers, we are fully committed to this project, hoping to be able to deliver the message of Okinomiya, a story of life woven with moving words and vivid colors.”

Highlights of the 2021 Performance

The costumes for this performance have been supervised by textile artisans Fukumi and Yoko Shimura. The story of Okinomiya unfolds before the audience through acting and chant, but also through the design of the costumes, which are deeply evocative of nature and the elements.

In addition, Kongo and Hosho School lead actors, Tatsunori Kongo and Kazufusa Hosho, are the stars of the show.

Finally, the audience can look forward to a good mix of East meets West, as before the main performance countertenor Toshiyuki Muramatsu and soprano Akika Tsujimura will perform “Anima no Tori”, a song with the words of Michiko Ishimure helself, put to music by Takeaki Sato.

It is a performance unique in its style, and one which should not be missed!

How to Support the Campaign

Supporters contributing ￥5,000 JPY ($46 USD) will receive a link to an on-demand recording of the performance with English subtitles, as well as a 150-page book with stage photographs.

Rewards, which are based on contribution level, include such items as hand woven stoles and hanko stamp notebooks created using textiles dyed at ATELIER SHIMURA, scarves and one-item-only works dyed by Fukumi Shimura herself. Contributions start at ￥5,000 JPY ($46 USD) and can go to as much as ￥250,000 JPY (over $2,000 USD). Learn more on the crowdfunding page, here.

What: Crowdfunding for live and online performances of the Noh play, Okinomiya

Learn More and Contribute: Find additional information about the project and how to make a contribution at this link.