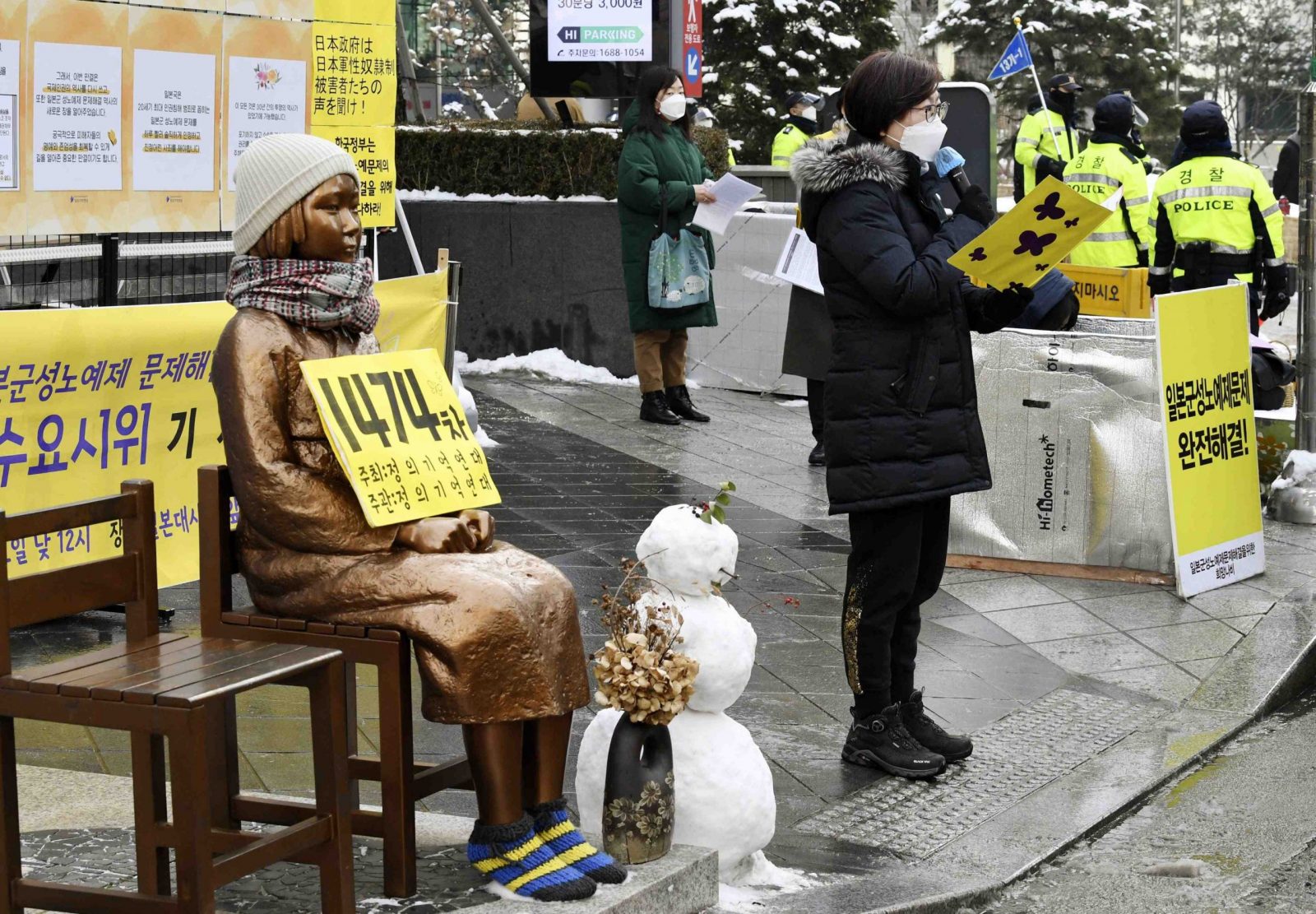 On April 21, the Seoul Central District Court dismissed a damages lawsuit brought by a group of ex-comfort women against the Japanese government.

The court applied the international legal principle of “sovereign immunity,” whereby countries cannot fall under the jurisdiction of another nation. We think that this was a sensible decision.

The lawsuit follows an earlier one in January at the same court. In the January lawsuit, the court ordered the Japanese government to pay compensation to the women.

If you dredge up previously resolved problems, then you reap what you sow. South Korea must swiftly solve this issue itself, and stop shifting the blame to Japan.

The ruling also applied this principle, saying the court’s jurisdiction did not extend to Japan, and therefore the plaintiffs' claim was rejected.

Moreover, the “final and irreversible agreement” on the comfort women issue, which was reached under the Japan-South Korea agreement of 2015, was seen as a remedy – and it makes sense that it is still considered valid today.

One thing that stood out in this ruling was the court’s request that the South Korean government make efforts “internally and externally” to resolve the comfort women issue, including diplomatic negotiations with Japan.

When the agreement between the two nations was reached in 2015, the foreign ministers from both countries held a joint press conference. The agreement is a promise between Japan and South Korea.

Japan should not have to enter negotiations on an issue that has already been resolved.

It was the Moon Jae-in administration that single-handedly broke from the agreement and dissolved the foundation set up for former comfort women – a foundation to which Japan contributed 1 billion JPY ($9.25 million USD). The South Korean government has to take responsibility for its acts like this.

Regarding the earlier lawsuit in January, it has emerged that other judges deemed it inappropriate to use legal costs as an excuse to seize Japanese assets.

They stated that deviating from the principle of sovereign immunity ran the risk of eroding sovereignty and authority in Japan. They added that if the seizure of assets was forced through, there would be significant consequences, such as loss of trust in South Korea’s judiciary.

It seems that South Korean courts are capable of making proper decisions after all.

How will the Moon administration react? Previous attempts to erode Japan’s sovereignty and authority, such as placing comfort women statues outside the Japanese Embassy, are too numerous to mention.

We want the situation to be rectified immediately. Who trusts a country that ignores international law and breaks promises between nations? Prolonging solutions will merely increase international distrust toward South Korea.