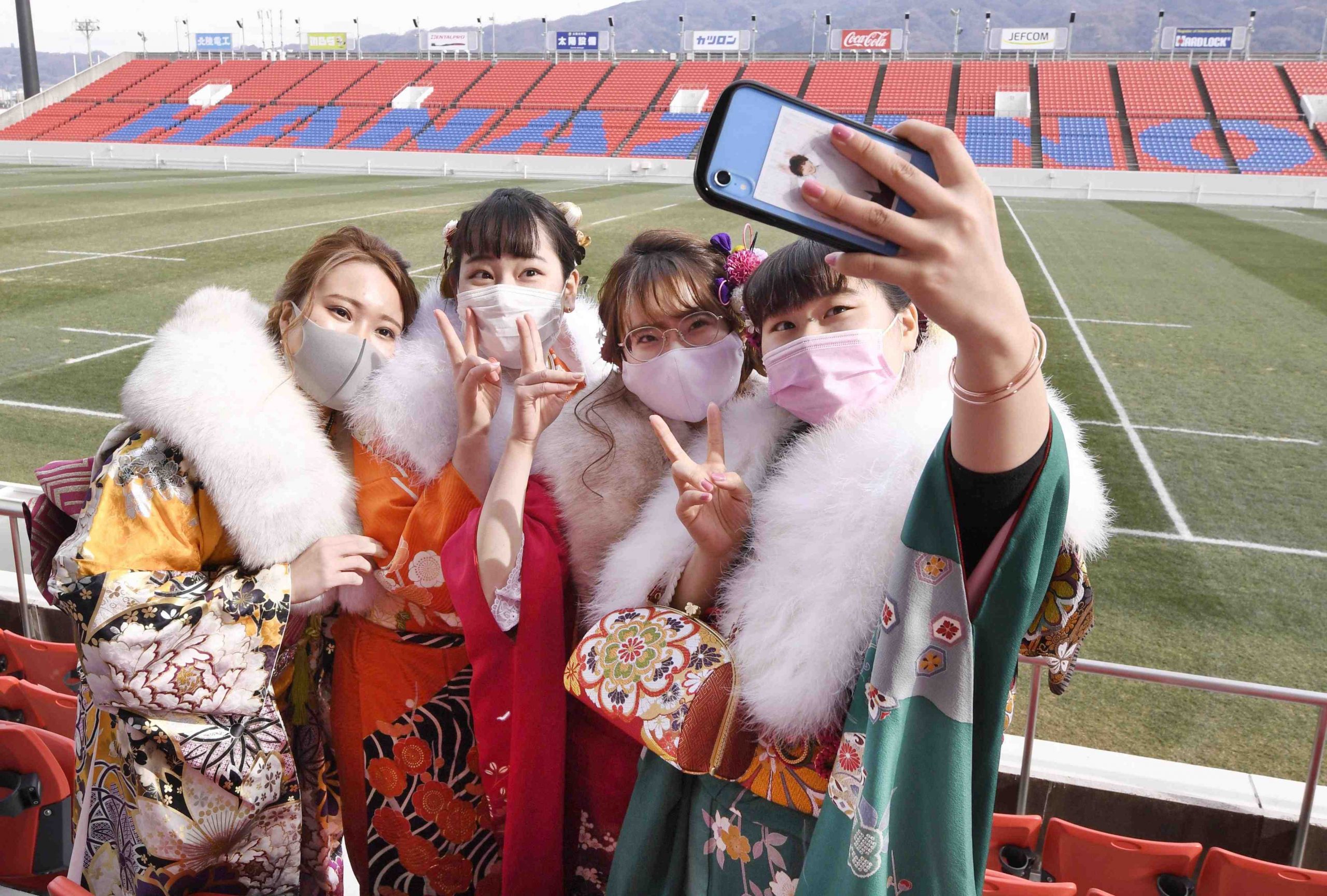 Japan’s Coming of Age Day fell on January 11 this year, and a number of ceremonies went ahead despite the COVID-19 pandemic.

Although many other ceremonies were canceled or postponed due to COVID-19, several local municipalities held gatherings, with some taking place outside or online – marking the youngsters’ transition to adulthood in a makeshift fashion.

In the Tokyo area, which is currently under a state of emergency, ceremonies were held in locations such as the city’s Suginami Ward and nearby Yokohama, with measures put in place to avoid the “3Cs” – closed spaces, crowded places, and close-contact settings.

“I want to trust everyone. I would like you all to avoid going out for drinks after today’s ceremony, and go straight home,” said Suginami Ward Mayor Ryo Tanaka.

This year saw local municipalities across Japan stagger or postpone scheduled times for the annual coming of age ceremonies. Many of the people infected with COVID-19 in this third wave are younger than 30.

It has been pointed out that infections among young people are leading to a greater spread of COVID-19 across the country. But in response, one 20-year-old said: “We will work together and beat corona.”

Yokohama, which has the highest number of new adults at about 37,000, used two different venues to host the ceremony.

“My life has suddenly changed over the past 12 months,” said one 19-year-old Waseda University student from Yokohama’s Naka Ward. “When I look for a job, I will need to show that I can also adapt to change, and not just be able to study.”

Saitama city in nearby Saitama Prefecture organized an online ceremony, with several youngsters visiting the Saitama Super Arena – where the ceremony was supposed to be held – to take commemorative photos.

Rikako Ikee: ‘I Want to be a Strong Athlete’

Rikako Ikee, 20, who is a swimmer aiming to make a full recovery from leukemia, released a photo of herself in a kimono via her management company in the buildup to Coming of Age Day.

“As an adult, I will devote myself to becoming a strong person and a strong athlete,” she said.

Ikee returned to racing in August 2020 after an absence of about 19 months battling leukemia.

The swimmer, who withdrew from the Tokyo New Year’s swimming competition on January 10 due to COVID-19, commented on her progress, saying: “I have come to this day in a situation I never imagined 12 months ago.”

(Read the articles in Japanese upon which this report was based here and here.)