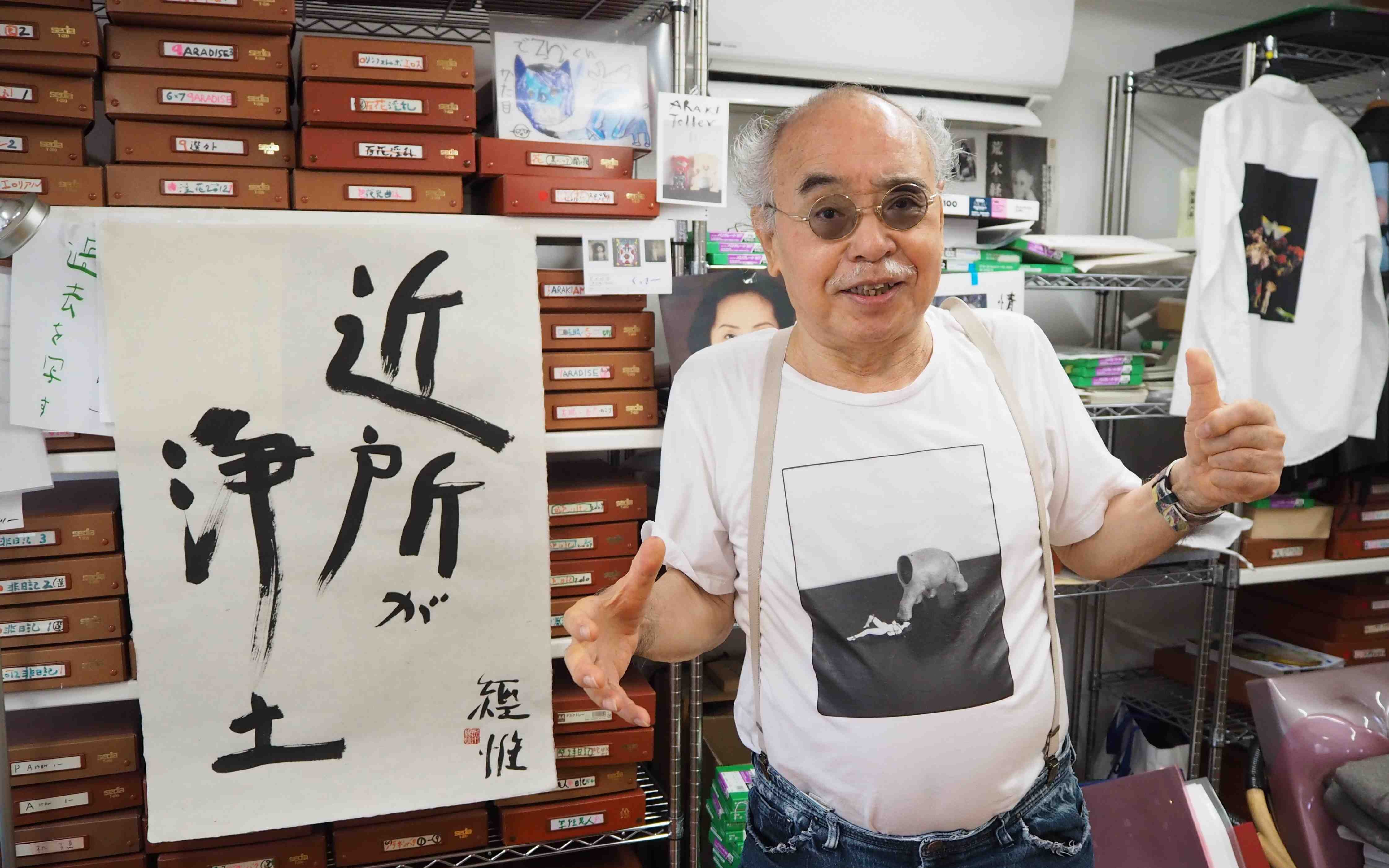 Nobuyoshi Araki, commonly known by the mononym Arākī, is a world-famous photographer who has also been awarded the highest order by the Austrian government.

On May 25, when Japan’s coronavirus emergency declaration was completely lifted, Araki reached the age of 80. Usually, a birthday party is held every year at his solo exhibition venue, but this year it was canceled. Our reporter Akiko Shigematsu caught up with Araki in August for The Sankei Shimbun and JAPAN Forward for an interview to talk about his new book. 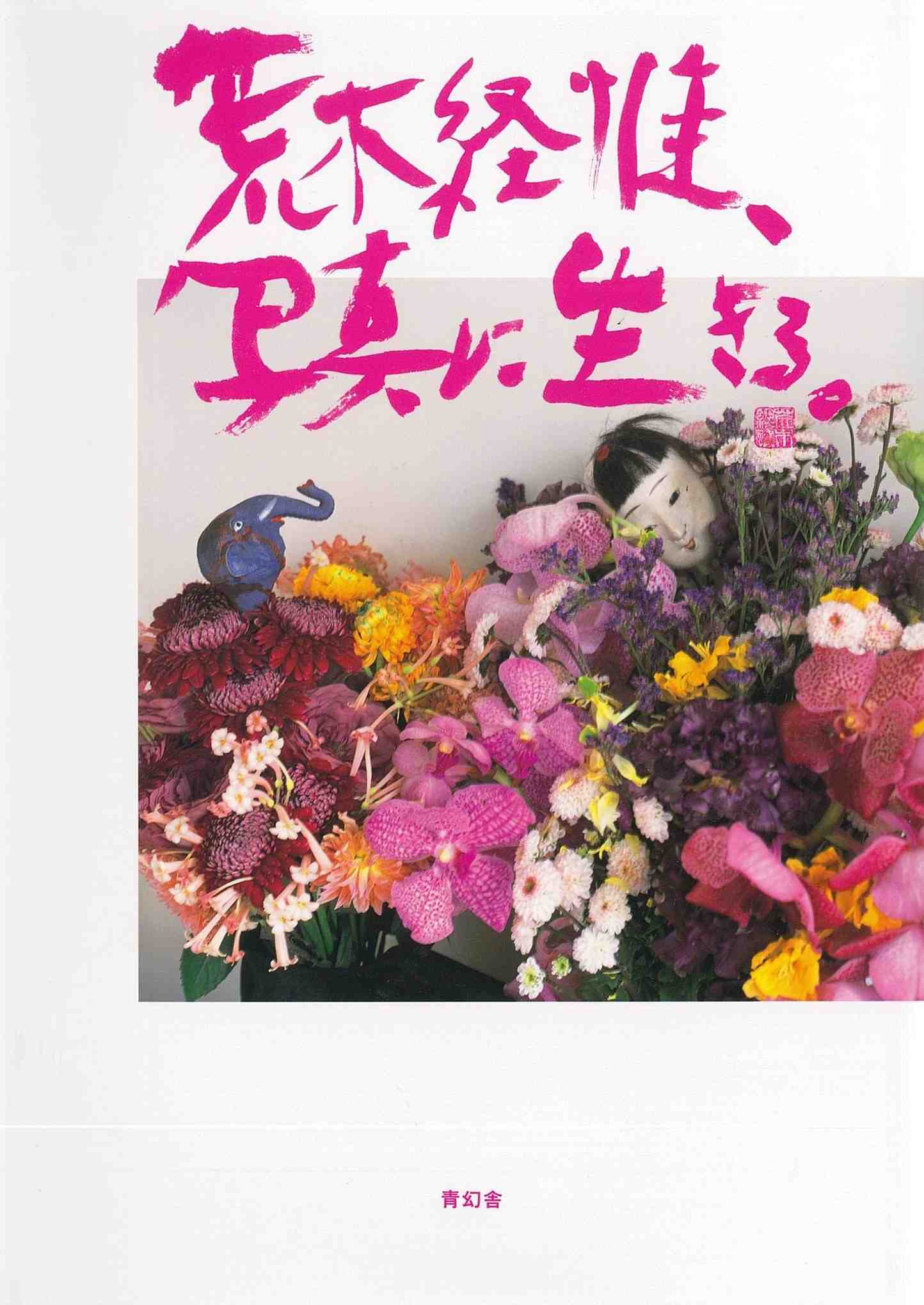 Nobuyoshi Araki, A Life in Photography (Seigensha, 2020) is a photograph collection that includes brand new works captured during the novel coronavirus calamity. It captures themes of coexistence with old age and illness, as well as Eros (life/sex) and Thanatos (death), which are peculiar to Araki’s works. The images are charged with views on life and death, and they are full of hopeful hints for Japanese living “with corona.”

Because of corona, various human qualities and national characteristics have become exposed, isn’t that right?

In Japan, the number of seriously ill patients and fatalities have been curbed without enforcing lockdowns or compulsory measures. That’s because most Japanese people are well-mannered. From old times, it has been believed that rules of society must be obeyed so as not to cause an inconvenience to others. That has been inherited as an expected matter of course. So, it’s okay for Japanese people to have confidence.

Right now, I can’t help but feel sorry for young people who are earnestly practicing self-isolation. The most important thing for humans — such as love, romance, touch, physical relationships…physical intimacy — aren’t allowed, right? At first, I thought this was what was being referred to when I heard “close contact.” But then, apparently, gathering to eat and drink isn’t even allowed.

Then, how about switching over and rather try enjoying the isolation?

I’ve been told, “Online (fill in the blank) is quite entertaining,” but I think the most advanced conveniences are boring. A drinking party across a screen? I don’t think so. Words won’t resound, they won’t quiver with emotion, right? Well, just as a side note, I don’t even own a smartphone or a computer.

To commemorate my 80th birthday, I was preparing for the Neighborhood Pure Land exhibition, but then corona has brought upon this meido (lost path of the soul). I had realized that the Pure Land is my room and my neighborhood, which I was taking pictures of prior to self-isolation.

But then corona came chasing after me.

Therefore, I think staying home is an opportunity for enlightenment. Right now, it’s okay that I am a frog in the well. If I look up, I can see the sky, right?

Currently, what I’ve been capturing the most is my neighborhood, flowers, and the sky. I think it might be mostly pictures of the sky. Because day to day, what transforms is the sky, and so it is with life.

For many years, there has been an apocalyptic concept, and I have continued to shoot pictures of my room made into a heaven and hell with flowers and dolls, calling it “PARADISE.”

I myself am nearing the end as well, and since photography is life itself for me, I gathered works from the early days to new works in Nobuyoshi Araki, A Life in Photography (Seigensha, 2020), my 80th birthday photograph collection.

Once it was completed, I felt motivated to live more and to shoot more photos for another few years. “Hitotsuma (Married Woman) Eros,” serialized by the magazine Shukantaishu (Futabasha) will reach 1,000 this month. The male portraits titled “Araki’s Naked Face” that appear at the beginning of the magazine, Da Vinci (KADOKAWA), also reaches its 24th year. I’ve taken all kinds of people, but I’m still short on encountering even more people.

Even today, I’m in such bad shape that it’s hard to even walk. Prostate cancer, bladder tamponade due to radiation therapy, blindness in the right eye due to a blood clot, and then when my heart was examined, I had atrial fibrillation. With everything in a mess, corona came in as a finishing blow. I was threatened that if I get infected, I’m out. So, my schedule has been adjusted to prioritize the hospital and the clinic. I’m busy!

It’s okay to utsusu (photograph) pictures, but you can’t utsusu (infect) corona… Oh, I can use this phrase!

Every year, when August comes around, I feel my soul’s repose. I schedule my solo exhibition at Art Space AM (Harajuku, Tokyo) to end on August 15, which is the anniversary marking the end of WWII. I don’t remember the gyokuonn housou (radio broadcast announcing the end of the war by Emperor Hirohito), but I clearly remember the Great Tokyo Air Raid on March 10. In my memory, the sky is red.

My house was in Minowa, Taito Ward, the shitamachi (low-lying downtown) of Tokyo. In the midst of flames from the firebombs going up everywhere, a mother holding a baby boy fled into our air-raid shelter. I spent the night playing with that child in the cramped shelter. I was still young and hadn’t reached the age of going to school, so I wasn’t part of the schoolchildren evacuation to the countryside…. It’s amazing that I made it out alive.

Compared to the war, what is happening now feels like too much of a stir. However, corona isn’t hot when it’s approached. The enemy can’t be seen. That’s what makes it feel very current and eerie.

The feeling of requiem in August

An invisible enemy unlike war

Nobuyoshi Araki was born in Tokyo in 1940 and graduated from the Faculty of Engineering at Chiba University. He has published over 500 photo books, including Sentimental Journey/ Winter Journey, which records Araki and his beloved wife’s honeymoon, the fight against her illness, and bereavement after her death.

Araki was awarded the prestigious Austrian Decoration of Honor for Science and Art, conferred by the Austrian by the Austrian government in 2008. The Sankei Shimbun serialized “Araki ga Yuku (There Goes Araki)” from 2002 to 2009. Attracting much attention in his writing as well, Araki established his own artistic world that fuses together with photography. The latest publication, Nobuyoshi Araki, A Life in Photography, is a compilation of Araki’s life works. Interactions with individuals closely connected to Araki — such as Kiki Kirin, “Beat” Takeshi Kitano, and Yayoi Kusama — are narrated alongside the photographs.