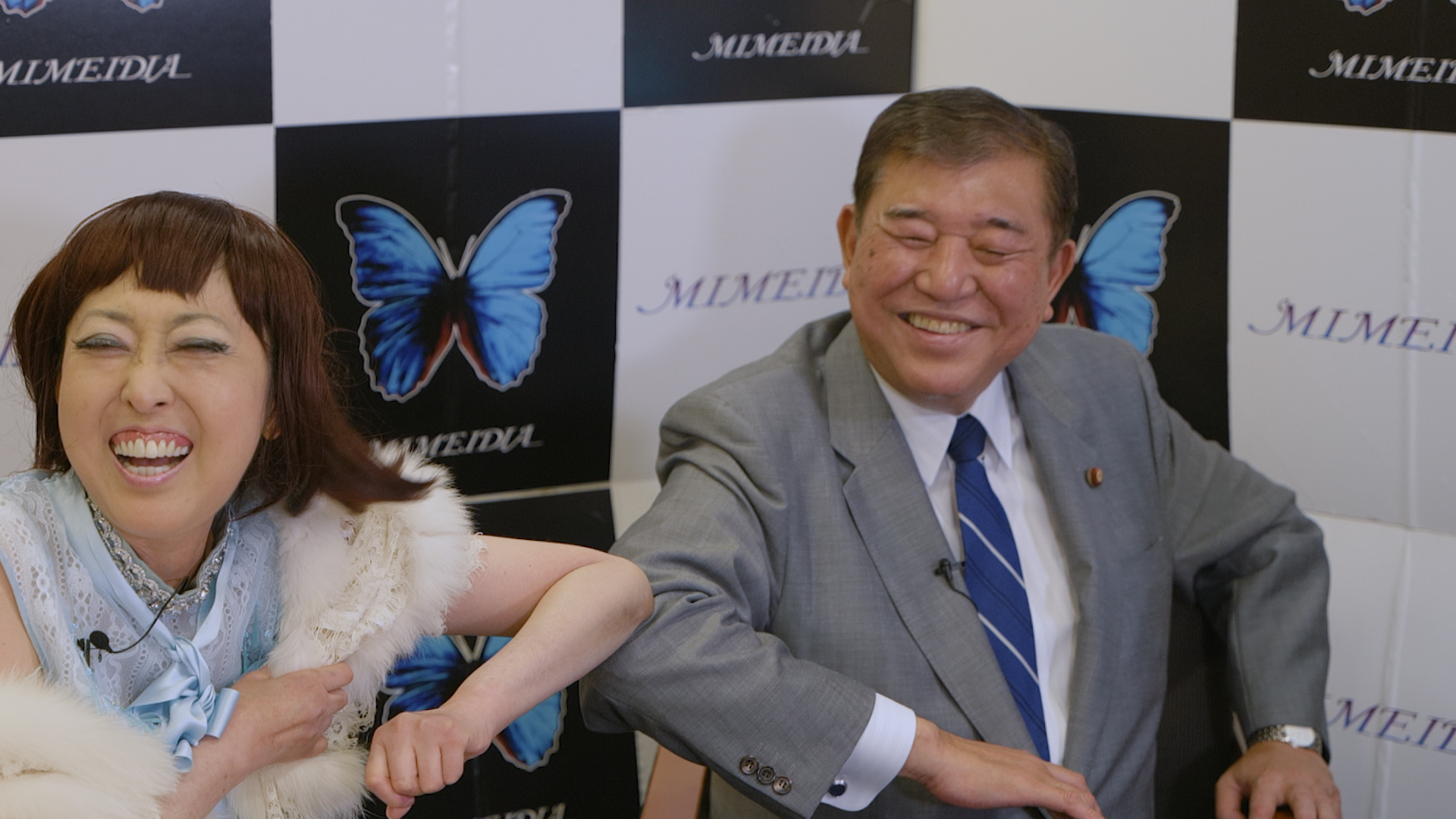 In a joint interview with artist Mimei Sakamoto and JAPAN Forward, he reiterated his commitment, emphasizing the need for Japan to have “deeper understanding of the Asian region.” He also said that he would “certainly prevent” any efforts by the People’s Republic of China (PRC) to pursue control of the Senkaku Islands, which are part of Ishigaki City, Okinawa Prefecture. He indicated that he would continue to call for revisions to the Japan-United States Security Treaty, currently the cornerstone of Asian security.

In regard to Japan’s future, he stressed the importance of the “decentralization of power from Tokyo to other regions across Japan, invigorating the economy and lifestyles there as well.”

However, it is expected that current Chief Cabinet Secretary Yoshihide Suga, having received the support of a majority of factions within the party, will come out the victor in the election for president. The party will vote and open ballots on September 14.

The interview took place on August 26, just two days before Prime Minister Abe announced that he would resign. Mr. Ishiba had much to say about the kind of country he would like to see Japan become. 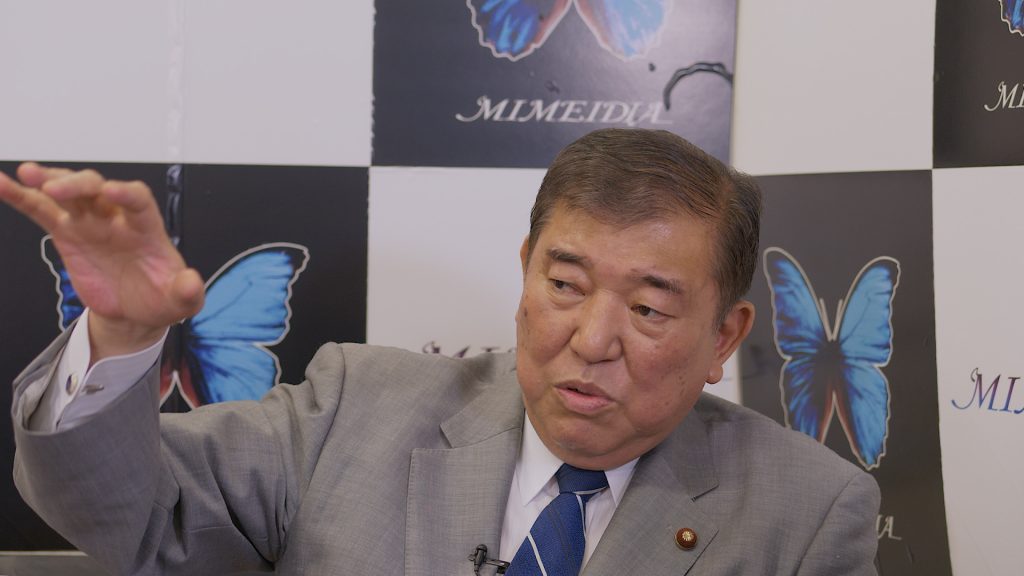 What needs to be done to improve Japan?

To begin with, we need to decentralize the excessive concentration of power and bureaucracy in Tokyo. We must place more faith in the abilities of other regions across Japan, improving their livelihoods and lifestyles.

As Minister of Regional Revitalization, I have traveled across the country and learned firsthand the potential to make wonderful products in various regions. It is imperative that we protect the lives of people working in agriculture, forestry, and the fishing industries, and increase their productivity and improve the added-value of their products.

The wonderful thing about these regions is the fact that we’re thankful they are there. Their hard work means those of us in Tokyo can enjoy so many delicious foods and other things.

I totally agree. The concentration of the population in Tokyo has destroyed regional family lifestyle, food sources, and community over the last 70 years. Rural areas have the attractiveness of a healthy living environment and close human relationships, but aren’t education and medical care decisively weak points?

That’s right. But remote work has progressed considerably with the advent of COVID-19. That, in turn, should make it easier to provide the best possible medical care and education even in rural areas in the future.

I would like to ask about Japan’s territorial security. What if the PRC tries to take over the Senkaku Islands?

They must be stopped before that happens. Previously, they were illegally removing coral from the area. We failed in the effective exercise of our police authority, and ended up issuing a warning based on our rights of self-defense.

But that was after the coral was taken. If the PRC should take a hardline approach, will you take resolute action?

Of course. In the post-corona world, it could cause a major problem if the PRC were to gain confidence in their strongarm, dictatorial methods. We must stop them before that happens, “nip it in the bud,” so to speak. 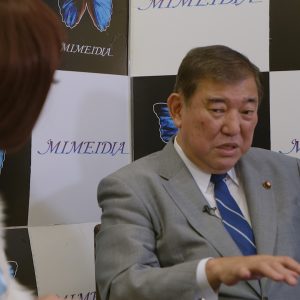 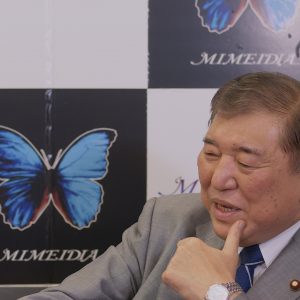 It’s a relief to hear that. But how about our relationship with the United States? Is America really a good ally? Can we really be equal partners when we are asked to spend often unreasonable amounts for expenses and the building/maintaining of U.S. military bases here?

When I was appointed minister of defense in the past (September 2007 to August 2008), I once asked a U.S. military official for details on the U.S. military in Japan. His reply, “You don’t have to explain to a country you don’t fight with.”

What kind of discussions do you think we need to have with the U.S. from here on?

The Japan-U.S. Security and Status of Forces Agreement needs to be revised in line with the current times. The aim is for a highly sustainable, well-balanced treaty. At the same time, we need to aim at creating a multilateral defense system in the Asia-Pacific region. To that end, a much deeper understanding of the Asian region is necessary. Japan needs to learn more about Asia. 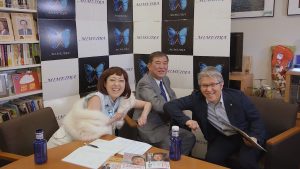 There are those who feel that Mr. Ishiba has shown too much understanding towards South Korea. What are your views on Tokyo’s relations with Seoul?

During the war, Japan built infrastructure in Taiwan and Korea alike. For the most part, Taiwan is thankful to us, whereas South Korea resents us. So what is this difference? Taiwan was an island country with a low sense of belonging to the Qing dynasty, while South Korea was an independent monarchy. Contrary to Japan’s intention, the “merger” only ended up hurting their pride and causing such great resentment.

We Japanese don’t seem to learn from such things. And if you criticize South Korea or the PRC, your popularity quotient goes up domestically. They do the same thing. But that is not in the national interest and nobody really benefits.

Why weren’t you willing to go along with Abe’s proposed change in the Constitution?

Prime Minister Abe only said that there are scholars who say the SDF is unconstitutional and textbooks that say the same thing. I personally feel we need to sit down and seriously ask ourselves what the purpose of Article 9 in the Japanese Constitution should be regarding the fundamental issues of the Japanese people and our military forces.

Shigeru Ishiba, 63, is a Japanese politician and 11-term LDP member of the Lower House of the Japanese Diet, representing Tottori Prefecture. He has served in a wide variety of party posts and ministerial positions, including as Minister for Overcoming Population Decline and Vitalizing Local Economies (2014-2016), Minister of State for National Strategic Zones (2014), Secretary General of the LDP (2012-2014), Minister of Agriculture, Forestry & Fisheries (2008-2009), Minister of Defense (2007-2008), Director General of the Japan Defense Agency (2002-2004), among other positions.