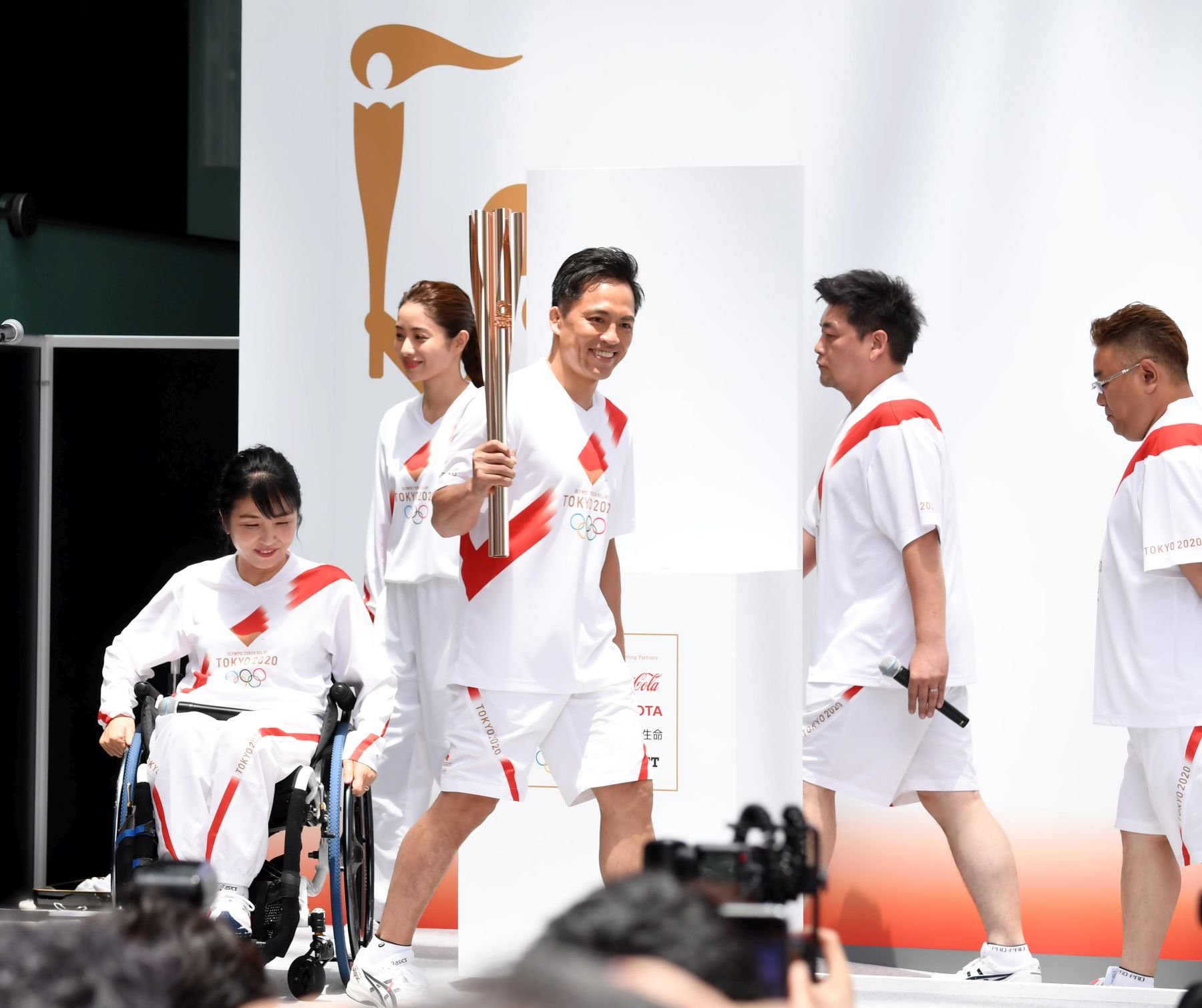 Less than one month is left before the start of the Tokyo Olympics Torch Relay. Expectations are high for the event, even as the region struggles to recover from the Great East Japan Earthquake, which marks its 10th anniversary on March 11.

To complicate matters, towns around Fukushima Prefecture, which will be the starting point of the torch relay, were recently hit by an earthquake with a magnitude of 7 or more on February 13.

The local government is busy pushing reconstruction of their city while preparing for the relay, and at the same time implementing measures to prevent the spread of the coronavirus.

The Torch Relay will start on March 25 at the J-Village, a soccer facility on the border of Naraha and Hirono, towns in Fukushima Prefecture. On the following day, the relay will pass through Soma City and Shinchi Town, both of which were also impacted by the magnitude 7 earthquake on February 13.

In Shinchi, many houses suffered extensive damage from falling tiles and cracks in the wall. Chaos from the damage continues to this day, but the town is determined not to let things get in their way. As a spokesperson at the Shinchi Town Board of Education emphasized, “Preparations are underway for the torch relay at the same time as the recovery work from the earthquake.”

In this town, where a large amount of disaster debris was generated due to the earthquake damage, a temporary place for debris disposal has been set up at a vacant lot on the east side of Shinchi Station. It is a mere 400 meters away from where the torch relay is scheduled to start.

Damaged furniture and home appliances brought in by the affected residents are piled up, and the center will continue to accept disaster garbage until March 14.

All the same, Miyagi Prefecture Governor Yoshihiro Murai, who himself was affected by the earthquake, is strongly calling for the torch relay to be held.

The relay is scheduled to run through 16 municipalities in Miyagi Prefecture from June 19 to 21, following a route that mainly passes through the coastal areas affected by the great earthquake.

Governor Murai reiterated at the press conference on February 22 that “Miyagi Prefecture is quietly moving forward with preparations to carry out the Torch Relay as planned. We want everyone to praise the [Tokyo Olympics] for being such a splendid event.”

Then he added, “Miyagi Prefecture is proceeding cooperatively [to achieve this], without complaint.”