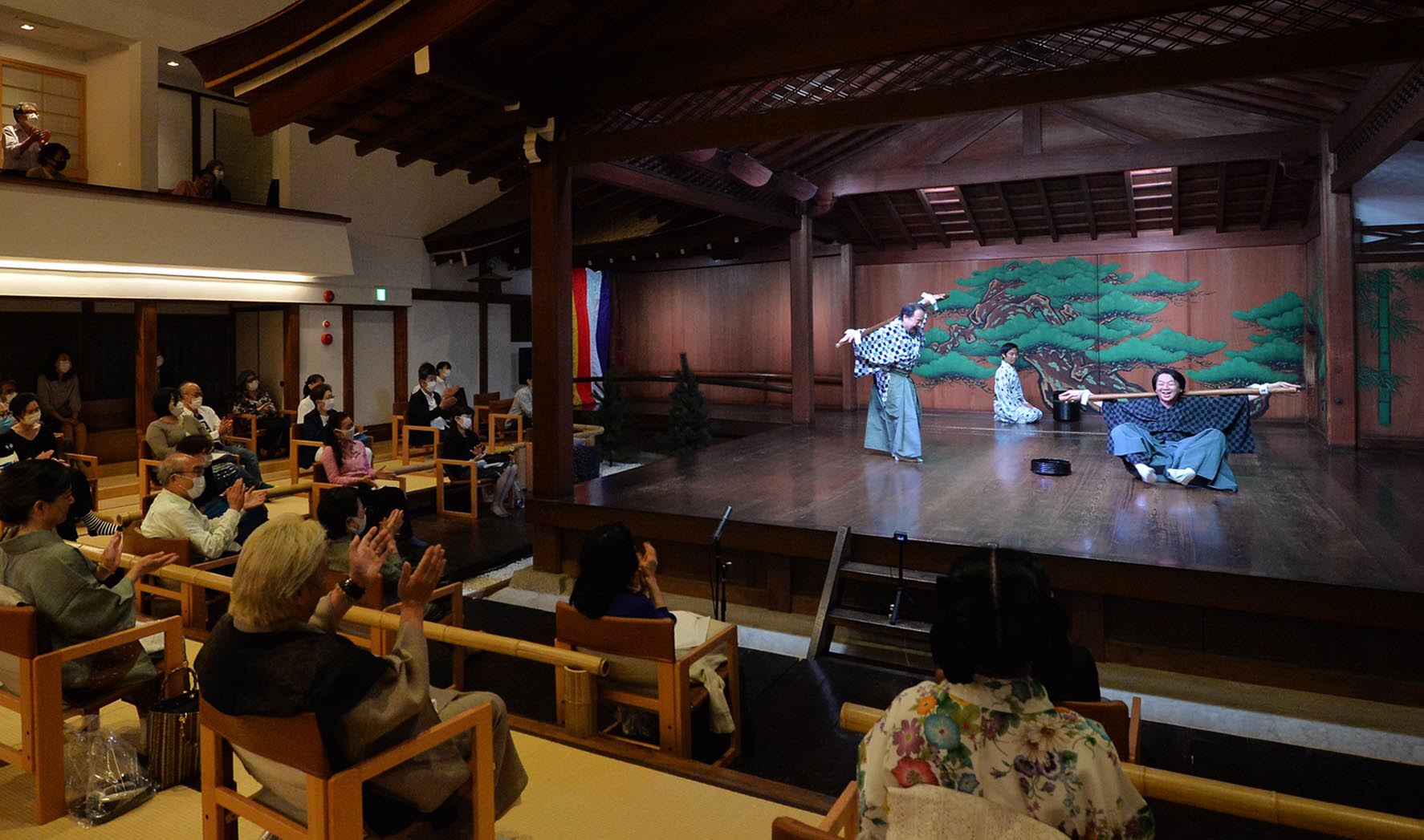 Who would have imagined such a long period of inactivity in the performing arts when the novel coronavirus pandemic first hit Japan?

Since the end of February, traditional performing arts events, such as kabuki and bunraku, have either been cancelled or postponed. Furthermore, the declaration of a state of emergency has led nearly all live performances to vanish from Japan.

Although the lifting of business closure advisories shed some hopeful rays of light on the road to normal life, the nature of the performing arts has prevented activities from resuming so quickly. To begin with, the performing arts inherently embody the three Cs, which stand for “closed spaces, crowded places, and close-contact settings” — the slogan used by the Japanese government when recommending measures to avoid the spread of COVID-19.

Performances involve crowds of people gathering at theaters, both on stage and in the audience, while rehearsals require close-contact communication. Moreover, even if audience numbers are limited in order to prevent infections, concerns arise over whether necessary profits can be achieved.

One kabuki actor said with a sigh, “I cannot tell when performances will resume again.” Another individual involved in bunraku articulated the challenges, saying: “Bunraku requires three puppeteers to work closely together to operate one puppet. The 3Cs simply cannot be avoided.” 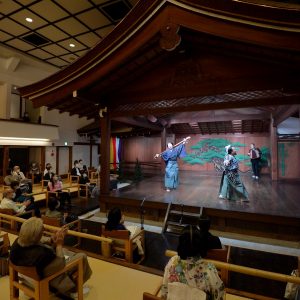 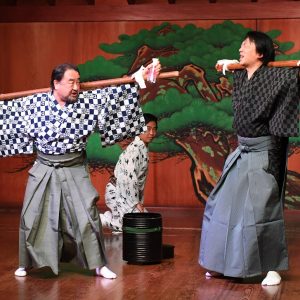 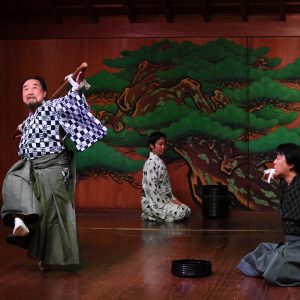 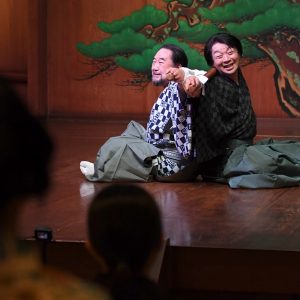 Exploring Ways to Keep Culture in Our Lives

In the midst of such challenging circumstances, an experimental performance was carried out on June 1 at the Yamamoto Noh Theater in Chuo ward, Osaka.

It all started with kamigata actor (in a kabuki tradition of Osaka and Kyoto) Kanjiro Nakamura, and playwright and producer Efu Wakagi, who called for an “exploration of performance styles found within a new lifestyle.” Quickly, prominent members of Kansai’s traditional performing arts gathered together, including Noh actor Akihiro Yamamoto; kyogen actors Shime Shigeyama, Motohiko Shigeyama, and Ippei Shigeyama; as well as bunraku tayu (narrator) Toyotake Rodayu; and rakugo storyteller Kichiya Katsura.

“Despite the last-minute invitation, all of these members of the performing arts community were able to gather. That proves that Kansai’s culture had become an inactive, blank space,” Wakagi said.

On the day of the performance, various arrangements were implemented to prevent infection. Audience numbers were limited to around 60 people, which is a fourth of the theater’s maximum, and the number of onstage performers was set to a minimum.

The newly-produced play, titled Bou Shibari × Bou Shibari (bou shibari literally means tied to a stick), was co-performed by Kanjiro Nakamura and Ippei Shigeyama. It references the physical distancing lifestyle made common by the coronavirus, and even includes a scene of the characters spraying each other’s hands with disinfectant.

Despite the unfortunate reality of the pandemic, such scenes pay respect to the essence of kyogen and kabuki, which is the time-honored celebration of humanity. By offering familiar, playful, and at times comical scenes, the play encourages and strengthens viewers’ resolve to overcome the difficulties of the current situation.

Nakamura firmly remarked: “Cultural entertainment may seem like an unnecessary component to life, but is that really the case? Cultural activities may be on pause right now, but they have by no means perished. I would like everyone to know that they are a necessity in our lives.”

The performance will become viewable through a paid online streaming service, while the proceeds will go to support those involved. This exemplifies the future of performing arts, which will undoubtedly incorporate a varied coexistence of live and broadcast formats.

At present, perhaps what is most necessary is a firm belief in the indispensable role of culture.