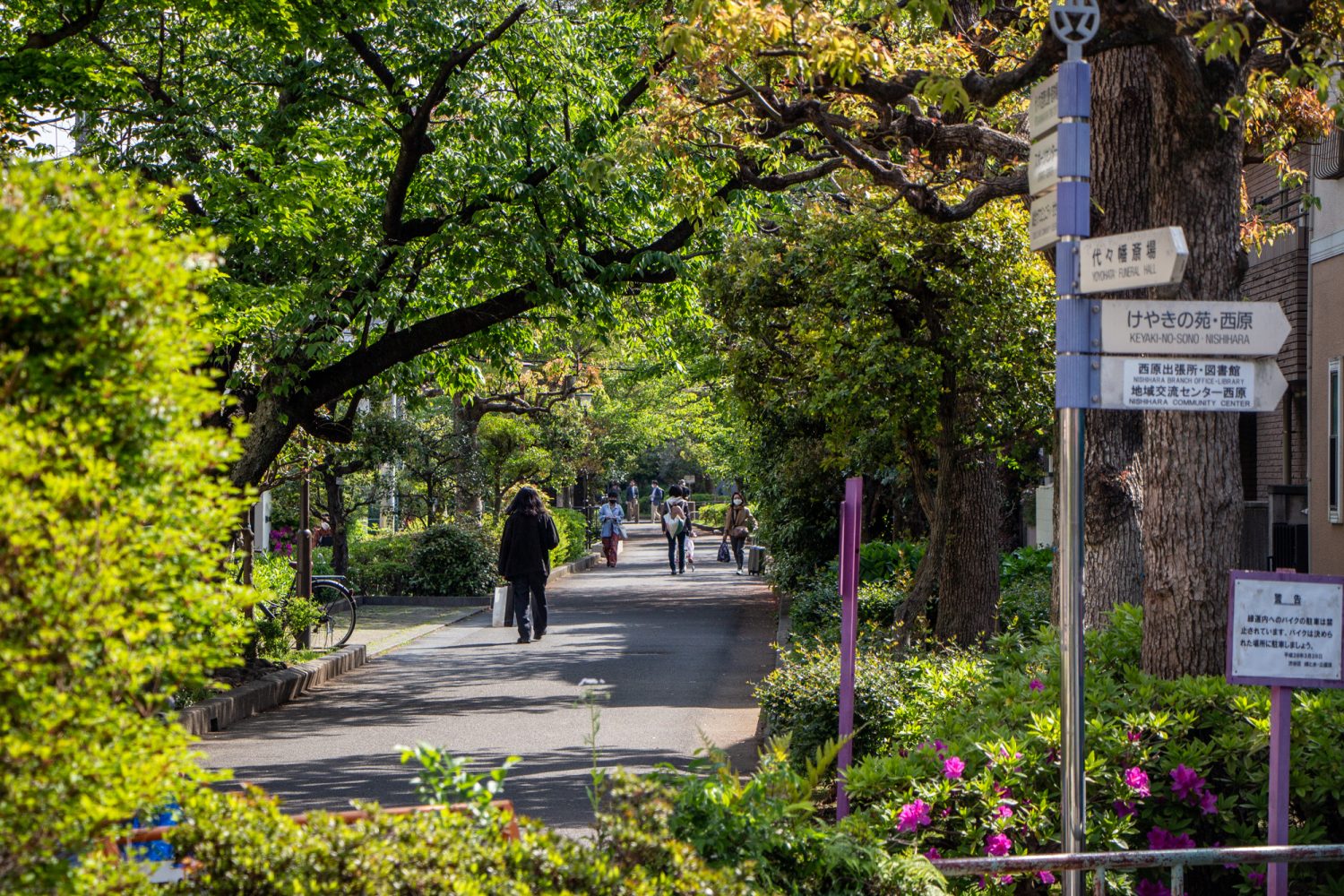 People outside can be quick to label Tokyo a sprawling, fast-moving place of anonymity and convenience. The longer I live here, though, the more I’m able to see the opposite is true. Beyond the tourist routes, in the hundreds upon hundreds of smaller neighborhoods, you can begin to uncover the true spirit of the capital.

Although Tokyo’s neighborhoods are unique in their personality and offerings, what most have in common is the existence of a shotengai or traditional shopping street. Similar to the high streets of the United Kingdom, these small commercial strips cater to the daily needs of the surrounding community and are typically by the people, for the people, with retailers living upstairs or nearby.

Having existed in many forms for centuries, shotengai are typically located in well-trodden routes, such as around temples and shrines, and, more recently, train stations. And though they exist for locals, some — like Yanaka Ginza, Ueno’s Ameya Yokocho, and even Nakamise-dori at Senso-ji Temple — are even known among tourists.

In recent times, Japan’s shotengai have faced the same challenges as other brick-and-mortar enterprises around the globe. In a world of shopping malls and online retailers, there is an ever-present struggle to remain relevant. This is particularly challenging for the older generation who commonly run these stores.

Even before the coronavirus pandemic’s onslaught, many shotengai featured shuttered shopfronts or demolished buildings, giving the impression that this old-fashioned style of shopping was falling out of favor.


Not All Shotengai are Created Equal

Nishihara, in Shibuya ward, is one refreshing exception to this rule. The walk from Hatagaya Station presents a unique blend of old and new. Interspersed with greengrocers, rice dealers, and barbers are a record store, art gallery, artisanal bakery, Brooklyn BBQ joint, and natural wine bar.

One of Nishihara’s earlier new-wave businesses, though, was Paddlers Coffee, which opened in 2015 inside a renovated obaasan’s (grandmother’s) home. A giant cherry tree stretches across the entrance, while bi-fold doors open onto a leafy courtyard. A record plays as I sit down with Daisuke Matsushima, 35, co-owner of Paddlers and member of the Nishihara Shotengai Association, to learn more about these traditional shopping streets.

Daisuke explains that the local shotengai played a huge role in his life growing up in the Nakano area. His grandfather owned a store selling glasses and watches, which his father eventually took over.

“I was always taught to support our local businesses,” he says. “I remember going to all the little shops and I knew who we got our chicken and tofu from.”

It appears these kinds of connections remain important to him. As we talk, he greets and thanks as many customers as he can.

Daisuke tells me about how he struck out on his own at age 15 and moved to Portland, Oregon. There he found community in skateboarding, baseball, and in the city’s coffee shops. After returning to Japan in his 20s, Daisuke wanted to introduce this kind of relaxed hangout space in Tokyo. His fresh ideas, coupled with the inherited reverence for shotengai culture and community spirit, has no doubt helped Paddlers Coffee become the beloved local fixture it is today.

When asked why he volunteered as a member of the shop owners’ association, Daisuke points to his upbringing in such a tight-knit community: “We could do this on our own and not communicate with neighbors, but I always thought having people around was a good thing.”

In Nishihara, the local businesses support one another. He refers me to the pastries supplied by the nearby Equal pastry shop and tells me about a chilli dog he’s envisioned for the menu, featuring chilli from Freeman Shokudo.

The conversation moves to the coronavirus pandemic. Daisuke says that of course things were challenging for local businesses in the beginning. Back around March 2020, some businesses closed temporarily to stop the spread of the virus.

Later in the year, though, Nishihara welcomed new businesses. Sanita, a natural wine bar, and Freeman Shokudo, a Brooklyn BBQ restaurant, were both opened by foreign residents of Tokyo in late-2020.

These days, things feel bustling. “Because we’re in a local area, it hasn’t affected us so badly. If you were in Harajuku or Shibuya, things might be different, but we’ve still got all the people who live around here coming in. It feels like there are even more people around now — maybe they feel safer staying close to home, I don’t know!”

Daisuke says locals are largely happy with what’s been happening in Nishihara in the six years since Paddlers opened. “There are so many cool new shops here, while others have been around for over 50 years,” he says. “That’s what makes it so special.”

Every shotengai differs from the next, and that’s thanks to the locals. “The building owners here could definitely charge more and rent out to large companies, but they don’t want to,” he explains. “They feel it’s more important to support independent businesses — which I think is so cool. If people cared just about money, this street wouldn’t exist.”

As a result, the Nishihara shotengai has become an attractive feature for those looking to move to the area. This goes against the common perception of a slowly decaying shopping street.


The Way Forward for Shotengai

When asked his thoughts on the future of shotengai, Daisuke says: “It’s all about the kids. I grew up in the shotengai and now I watch others growing up around here, trying their first coffee at Paddlers or buying their first record from Ella. It’s important for them to experience things like a good bakery, coffee, and art. I’d love to see them grow up and do something really interesting.”

Speaking of kids who grew up to do something interesting, Daisuke tells me about his father’s retirement from the family glasses shop in Nakano, and how a new Paddlers Coffee will be opening soon in the building.

Though he may have followed his own path, it’s rather poetic that he would return to his childhood shotengai as a third-generation retailer. With this unique blend of tradition and innovation, there’s no telling how many in the next generation will be inspired to try something interesting and breathe life into another shotengai.