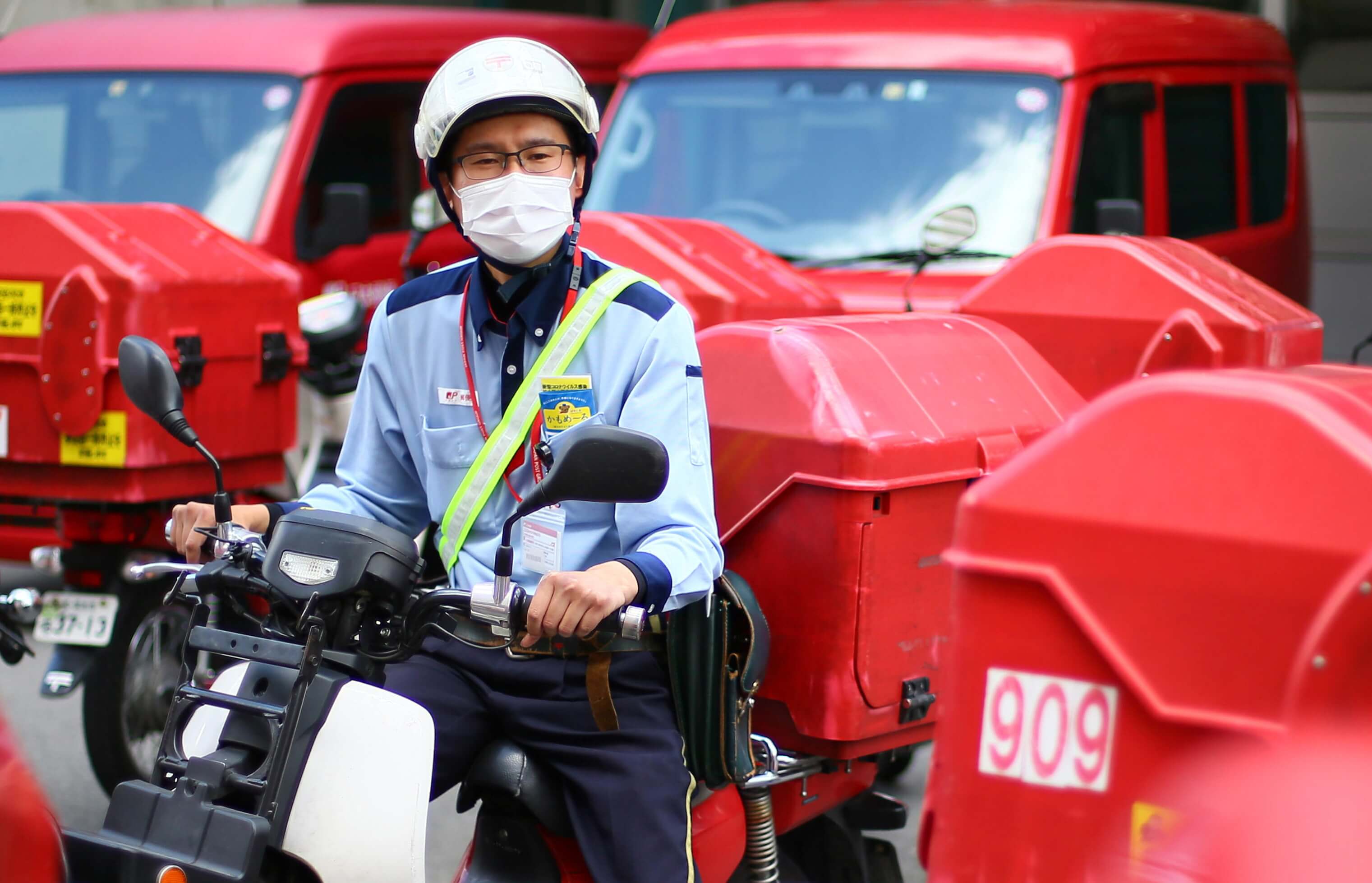 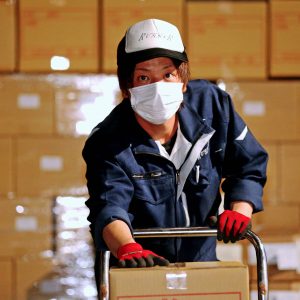 Hiroshi Harakawa, 36, who works in the delivery company Runner in Amagasaki City, Hyogo prefecture: “When I manage to deliver a parcel, I feel like I am helping people move forward with their lives.” (Photo taken May 20) 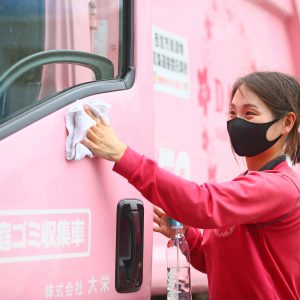 Kanami Terazaki, 28, who works in the waste collection company Taiei in Nishinomiya City, Hyogo prefecture: “No matter the circumstances, I want to help protect our clean cities.” (Photo taken on May 26) 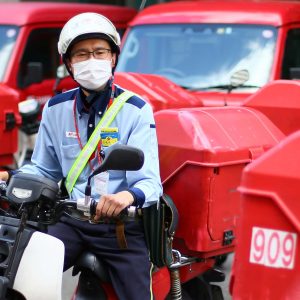 Keishi Fukudome, 38, works as a mailman in Ibaraki City postal service, in Osaka City: “I would like to deliver thoroughly to customers who are waiting for me.” (Photo taken on May 20) 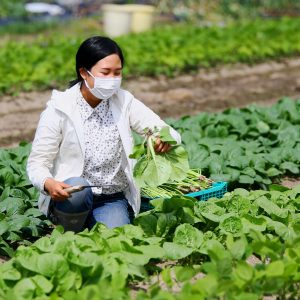 Yukino Seri, 24, grows vegetables Higashi Osaka, Osaka City: “I would like to bring people a smile with delicious vegetables.”(Photo taken on May 21) 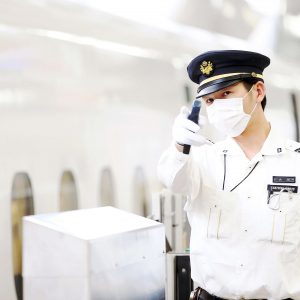 An employee from JR East in Shin Osaka Station: “I want to work hard so that customers of the Tokaido Shinkansen can use the service in all safety.” (Photo taken on June 6) 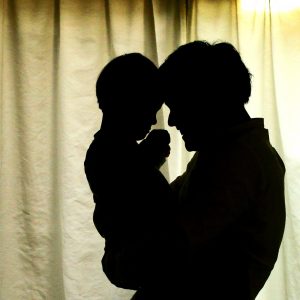 A parent and child in Yamashina ward, Kyoto City: “Because people in various occupations are sustaining us, I can safely stay home and have some precious time with my family.” (Photo taken on May 21)

All around the world, the variations of the state of emergency and lockdown have brought people back to their homes, where possible, to continue their lives through smart working or e-learning.

With the state of emergency lifted on May 25, and the number of cases of the virus still relatively low, life in Japan is gradually returning to normal.

Yet, during this whole period of the emergency, there were those working in essential businesses who kept the social fabric of the country together and made sure wherever possible that those of us who couldn’t go to work could continue our lives from the comfort of our homes.

The stories of these essential workers are innumerable.

“Precisely because we work behind the scenes, we can help people through our work.” These are the words of Hiroshi Kawahara, 36, who works in a delivery company called Runner in Amagasaki, Hyogo prefecture.

Mr. Kawahara carries boxes from deposits to their point of delivery, in and out of the prefecture. Those boxes can contain such essentials as medical equipment or foodstuffs. So when the state of emergency was declared, “I was told that there was no way we could stop the deliveries, because if we stopped, this would [adversely] affect people.”

“Compared to the peak, I get the feeling that things have calmed down a bit.” That is the statement of Kanami Terazaki, 28, who works in a garbage-collecting company called Taiei in Nishinomiya City, Hyogo prefecture.

She explains that perhaps it was due to the fact that people were staying home more, but during the state of emergency the amount of garbage collected somehow increased.

The new norm brought the reality of an increasing number of masks being thrown away, and in general there were times when things felt uneasy. However, Terasaki also recalled, “I also did get messages inside the garbage bags, saying ‘Thank you for everything,’ which was a huge encouragement.”

The people who’ve captured our attention are many. There are Shinkansen train conductors, postal service employees, farmers, workers on the front line of producing medical protective equipment.

These are all jobs that fall under the category of “occupations that don’t stand out.” However, with determination and kindness during this time of COVID-19, they helped us in our daily lives, and this won’t change in the future.

We want to thank those heroes and heroines, and face the future all together.