INTERVIEW | Ian Bremmer: ‘A New World Order With Less Globalization’ After the Pandemic 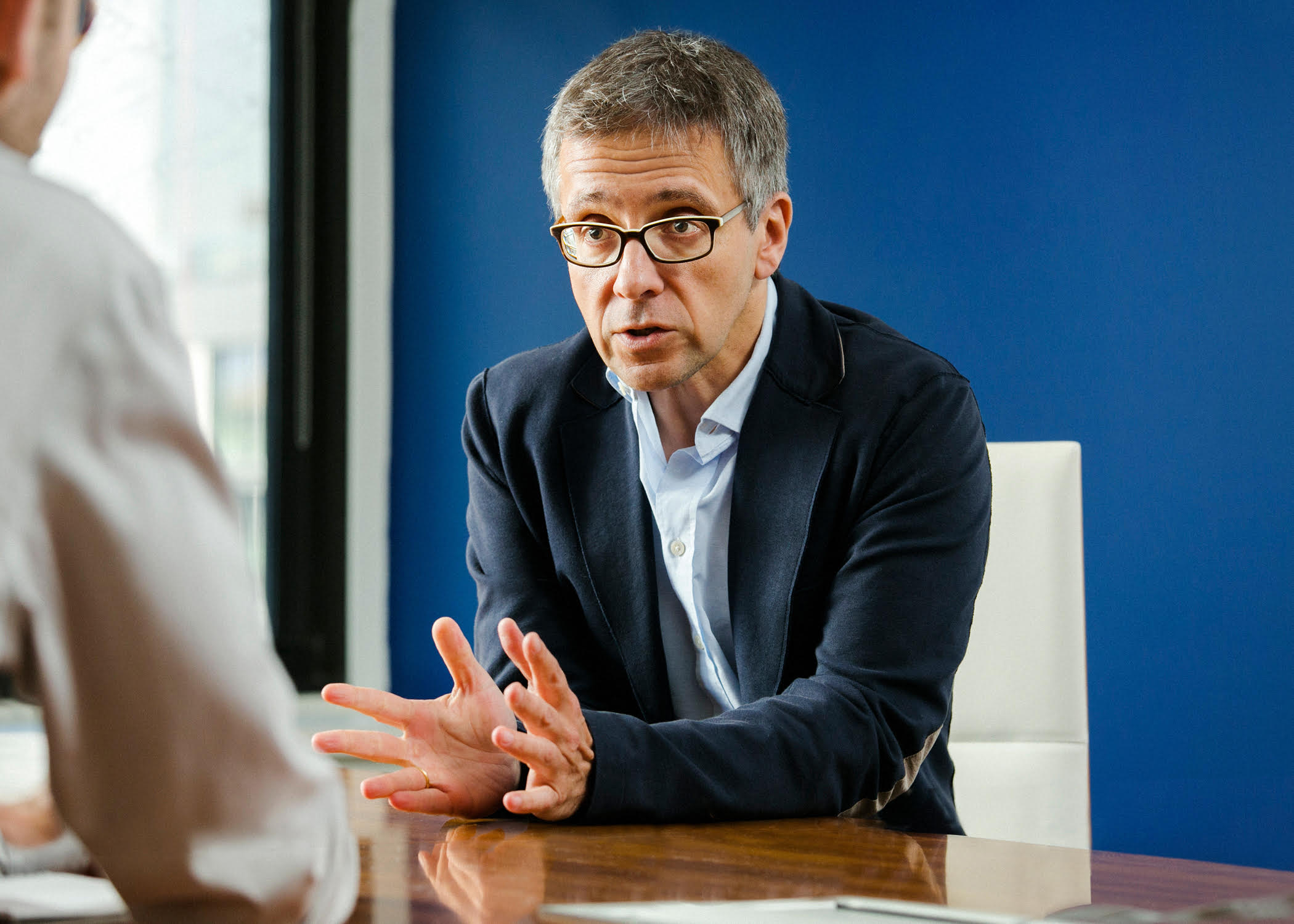 COVID-19 has brought into sharp focus how anything we take for granted might need to be revisited as the world emerges from the global pandemic.

The Sankei Shimbun sat down with world-renowned political scientist Ian Bremmer on April 20 to hear his assessment of the geopolitical and economic ramifications of the virus to the world.

Professor Bremmer focused on the retreat of globalization and rise of protectionism, and discussed his expectation that the post-COVID world would see a significant worsening of relations between the United States and the People’s Republic of China. He shared his views on the economic ramifications of the crisis and how they would reverberate in years to come.

What do you think the world will look like after the crisis of COVID-19?

I think it is going to be more obvious to everyone that there is an absence of global leadership. We can see this in a number of ways.

Second, you’ll see a number of countries tilt more towards China. Even after covering up the initial crisis, China was able to quarantine the population very quickly and very effectively. That reality, plus greater Chinese leadership internationally in terms of humanitarian support even at the margins, is going to lead more countries to align with China than with the United States, in particular Southeast Asia, Sub-Saharan Africa, East and Southern Europe, and then South America.

The third change is that U.S.-China relations are going to be a lot worse. We don’t yet know if it’ll be a cold war or not, but certainly there will be direct confrontation. The Americans and Chinese have no trust in each other, and their economies are less integrated and less interdependent…. You can see that this has the potential to get much uglier around Hong Kong and Taiwan, much uglier around technology and the economy. I think that’s a great danger for the new geopolitical order that’s coming.

Will this mean an increase in protectionism?

When people are worried about the economy collapsing — we’re facing 15%, 20% unemployment rates in the developed world — and there isn’t adequate medical equipment, you’re going to see a lot of protectionism. They will demand more nationalism, more focus at home, as I call it, every nation for itself. So, unfortunately I think that not only is this going to be a bad economic period, but it’s a bad economic period with a very dangerous geopolitical overlay.

Do you think this will mean a deceleration of globalization, and what are your concerns?

Most of the good things that have happened in the world have been driven by globalization. It also caused climate change, and caused inequality in the West. But, generally speaking, the improvement of a global middle class, a lot of wealth, improved health care, improved life expectancy, improved education — that all came from globalization.

The reason why globalization ultimately really helped the world prosper was because it created interdependence, even between enemies, so you’re less likely to go to war. But if the United States and China decouple their economies, if we end up with new types of technology that allow governments to have surveillance and control of their populations, you’re going to have a lot less trust and a lot less interdependence. A zero-sum world is a much more dangerous world…. I win, you lose.

Why do you think the U.S. will decouple from China?

First, because Chinese labor has gotten more expensive. It’s no longer as profitable to have China as the factory for the world.

Second, because the role of labor in the production chain has become reduced with automation and deep learning from big data, robotics, the Chinese competitive landscape has gotten more challenging.

And, of course, there’s no rule of law. There’s no independent judiciary. The Chinese political system, the economic system, has not adapted to become more like that of the United States or Japan. All of those things have made many companies that used to be in favor of globalization and integrated supply chains think we don’t have a sustainable model in China.

How will the confrontation between the U.S. and China affect other countries?

I think some countries will become more dependent on China, as China is getting bigger and their economy is going to be fully functional faster than the Americans and Europeans. They don’t have as much danger from secondary outbreaks because of their technologically-empowered surveillance state. So, I think a lot of poorer countries — like Southeast Asia, Sub Saharan Africa, Eastern and Southern Europe, and South America — will be more aligned with China.

Other countries — not just the U.S., but also allies of the U.S., like Japan, or Canada, the U.K. — will have less alignment with China, do less work with the Chinese. And India will probably do least because they’re very mistrustful of China. China of course has dominant relations with Pakistan right now. But that’s still an open question. It’s mixed.

Do you think this means a retreat of democracy?

After 9/11, there was a trade-off between security and liberty. Security was going to win because everyone was fighting a war on terror.

Now we’re fighting a war against the coronavirus, and there will be a tradeoff between ensuring healthcare, avoiding getting this virus, and liberty. And people are going to end up choosing to fight the virus.

That means the tech companies will become strategic and more important.

First, it shows that the Chinese system is much more effective in responding to a pandemic. But it also shows that, even in democracies, they need to have a level of intrusive surveillance that a lot of people wouldn’t have been comfortable with before the pandemic.

I think this does help the Chinese act as a more effective model for governance for weaker emerging markets, weaker developing countries. It does undermine the representative democratic system to a degree, especially because there were already a lot of people that thought the system was rigged in the West.

How do you think the economic downturn post-COVID-19 will affect different countries?

Structurally, you’re going to see a lot more anti-establishment sentiment, because this was growing even when the economy was doing well.

The working and middle classes are going to be hit a lot harder. When that happens, you take another 10% of people out of the workforce, not just for six to 12 months, but for years, maybe permanently. These people were not being taken care of. And now, of course, they’re the ones who will suffer most directly from the virus because they’ve got the jobs that can’t work at home. They’ve got the jobs that have exposure. They’re also the ones losing their jobs. And a lot of those jobs won’t come back.

They’re going to vote in people like [Bernie] Sanders and [Elizabeth] Warren. This is why you got Brexit. That’s why you got the movements in France, populism in Italy, in so many of these countries. I think it’s going to get much worse.

How do you think the crisis will affect welfare, the economy, and the election in the U.S.?

U.S. debt is going to be higher than GDP going forward. Not since World War II have we had levels of debt like this in the United States. In the near term, people will spend whatever is necessary to get health care to respond to coronavirus, but there'll be big demands for what you do after that. A lot of people are out of their jobs, a lot of infrastructure's not working, like education, healthcare. You'll see efforts to make a greater redistribution in the United States, which is something that the Americans have not historically found very appealing, and it’s going to make much more divisive politics. People like Sanders and Warren will become more popular, and [Joe] Biden will move to the left as a consequence.

How do you think this will affect emerging economies?

They’re going to be hurt the most, because they don’t have the health care or the economic capacity to close their countries down to protect their people. And, in many cases, the people don’t even have the ability to socially distance.

I don’t think the international support to help get these economies back up and running is going to be what it needs to be. Certainly, the IMF (International Monetary Fund), they’ve got a trillion dollars right now for these countries. But publicly they’ve said they need $2.5 trillion USD, and privately they say more like $4 trillion USD. Most of that money is not coming. So, I think the potential for crises in the developing world is a lot greater.

Ian Arthur Bremmer was born in November 1969, and has a masters and PhD  in political science from Stanford University. He is the president and founder of Eurasia Group, a consulting firm founded in 1998 which analyzes global political risk. He is a best-selling author of a number of books, including Every Nation for Itself: Winners and Losers in a G-Zero World.

(Click here to read the original interview in Japanese)