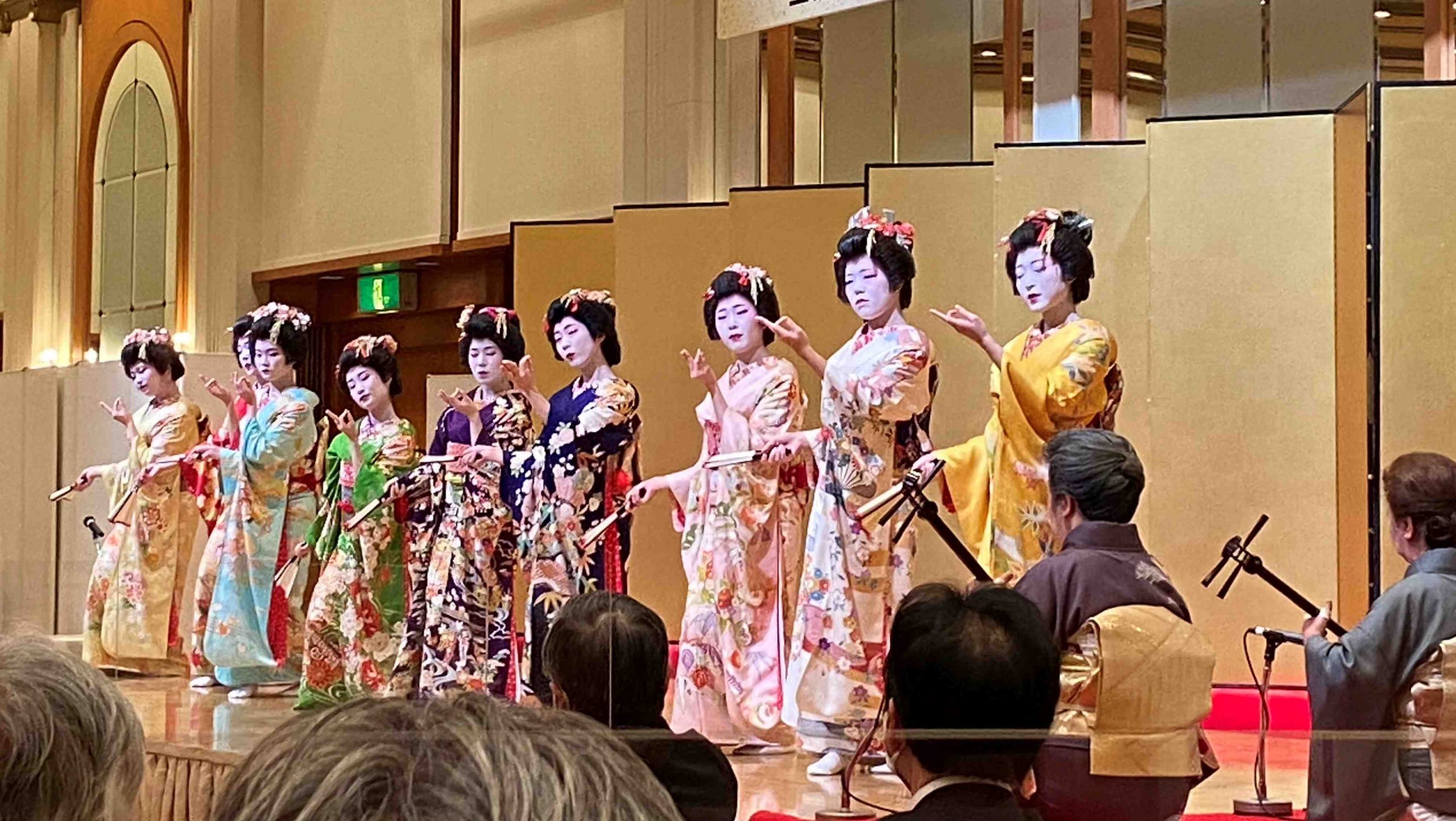 COVID-19 brought a sharp decline of guests dining and drinking at ozashiki, the type of room where geisha banquets take place, and the world of Niigata’s geisha district has been seriously damaged. Then a geigi (geisha) training and dispatching company sought support through a crowdfunding (CF) campaign.

The company’s campaign to support the entertainers quickly reached its initial fundraising goal with contributions coming in from all over Japan. The company even decided to double the goal amount. The Sankei Shimbun and JAPAN Forward wanted to know more, and interviewed the manager of Ryuto Shinko Co., Ltd (Chuo Ward, Niigata City), the first incorporated geigi training and dispatching company in the country, to gain behind-the-scenes insight into their crowdfunding campaign.


40 Percent Decrease in the Number of Ozashiki

The company hires geigi as full-time employees on a salary basis and trains them with traditional Japanese dance as well as other entertainment forms and etiquette. It then dispatches them to perform at ozashiki banquets at traditional establishments offering this option in Niigata. Currently, there are 12 geigi on the company’s monthly payroll.

The entertainment form is called “Furumachi Geigi”, named after the district of Furumachi in Niigata City’s Chuo Ward, where traditional ryotei (Japanese-style restaurants) line the streets.

According to Miyuki Tanahashi, 53, who manages the geigi, the impact of the COVID-19 outbreak started becoming apparent by March 2020, and when a nationwide state of emergency was declared in May of the same year, the number of ozashiki banquets dropped significantly, down 90% from previous years.

Since then, because of intermittent waves of the outbreak, the recovery of ozashiki has been very slow. Even now, business remains at 40% of the pre-COVID average.

The impact on the company has been direct and severe, since the “hanadai” (geisha service fees) are its main source of income. “The company has been using employment adjustment subsidies to help protect the income of the geigi on the payroll,” Ms. Tanahashi explained.

“Therefore, we decided to raise 10 million JPY (about $91,000 USD) through a crowdfunding campaign to fund the company’s operations during this fiscal year,” said Ms. Tanahashi. “The duration of the campaign runs 52 days, from May 10 to June 30, 2021. It’s based on the so-called ‘all-or-nothing’ model, which means that had it failed to reach the set fundraising goal, we would have returned all of the funds to the donors.”

Prior to the campaign kicking off, the company announced their CF initiative through SNS platforms such as Facebook and Instagram. In addition, the geigi asked for support from patrons. Although they were well-prepared, Ms. Tanahashi points out, “We were very worried about how much we would be able to raise since we set the target so high.”

She then explained, “The decision had been made to raise the goal to ￥20 million JPY (about $183,000 USD) if the initial goal amount was cleared early on in the campaign. Therefore, the target amount was doubled on May 20.”

Even Help From Non-patrons

The crowdfunding was set up with options for 14 types of support, including with or without gifts in return, and depending on the amount of funds contributed (from ￥3,000 to ￥3 million JPY, or $27 to $27,500 USD). Some individuals donated as much as ￥3 million JPY without receiving return gifts.

Looking at the CF site’s browsing status by prefecture, the greatest interest came from Niigata. However, there were also many browsers from Tokyo, Osaka, Kanagawa, Miyagi and Aichi prefectures.

“We received support from many who were not our usual ozashiki patrons. Along with the support funds, we also received many heartwarming messages asking us to preserve the “Furumachi Geigi” style of entertainment, which has continued for 200 years since the Edo period, and is one of Niigata’s valuable assets. I am so grateful,” said Ms. Tanahashi.

As Japan’s largest producer of rice, Niigata was known as a key port-of-call along the Kitamae-bune route of cargo ships. It has flourished as one of the largest marine transportation bases along the Sea of Japan since the Edo period. Lined with traditional ryotei restaurants and teahouses, the Furumachi district, which is located close to the seaport, was used by politicians, businessmen, and literati. The Furumachi geigi entertained guests with traditional Japanese dances, nagauta music, and other traditional ozashiki entertainment.

The light in one of Japan’s leading “Hanamachi” (areas where geisha live and work), Niigata’s Furumachi, along with Kyoto’s Gion and Tokyo’s Shinbashi and Akasaka districts, must not be extinguished. That is the feeling of hope that radiates from the crowdfunding campaign.

(Find access to The Sankei Shimbun story in Japanese at this link.)