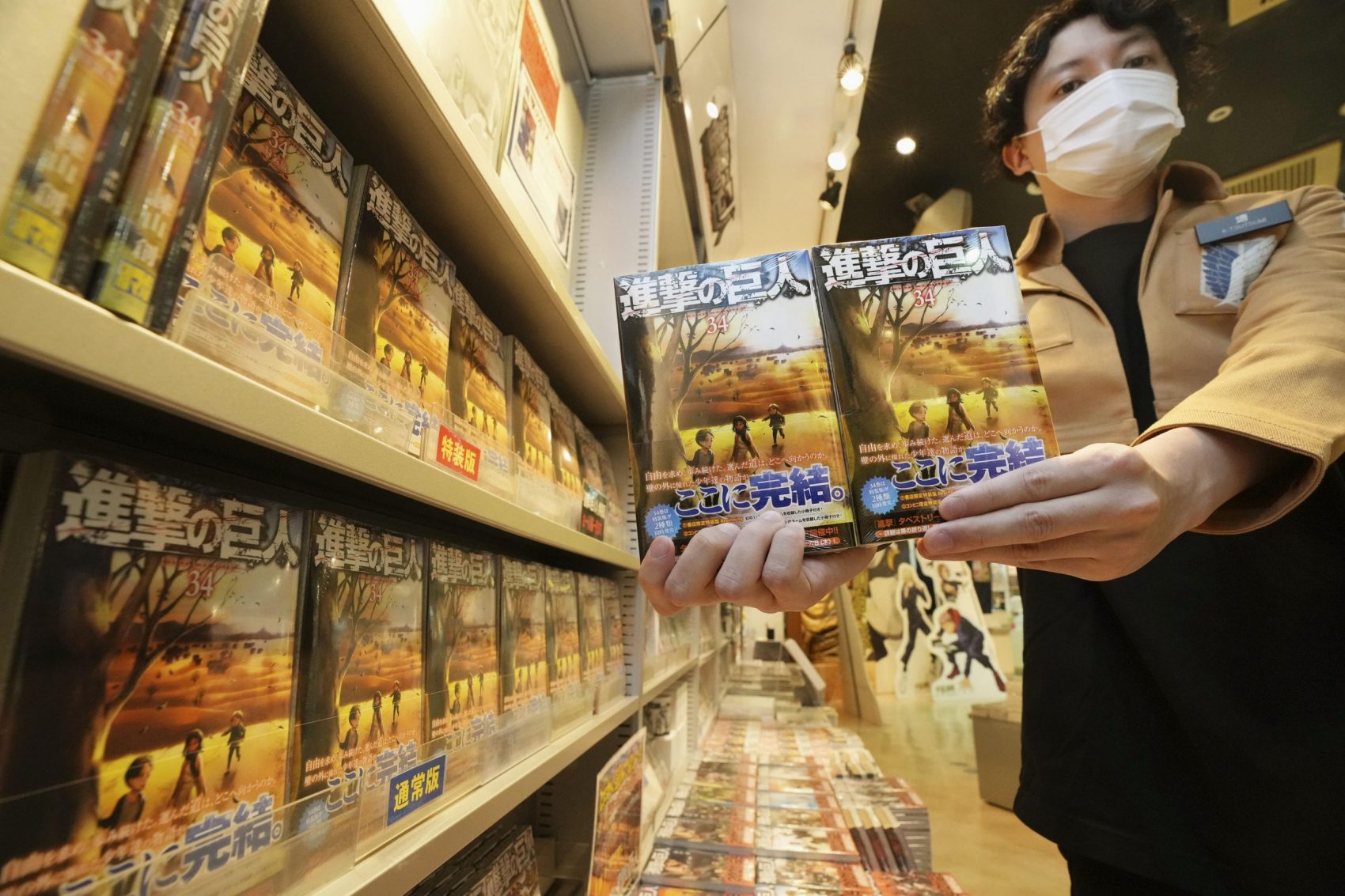 Shop Staff at SHIBUYA TSUTAYA, in Tokyo Shibuya Ward in the morning of June 9.

It’s the end of an era. The last book volume of the manga from the series Attack on Titan, created by Hajime Isayama and published by Kodansha, officially went on sale on June 9.

RELATED: ‘Thank you For the Journey!’ Attack on Titan Finishes After 11 Years

The published 34th volume also includes new material drawn by Isayama, which was not present in the magazine version, and it is already gathering the attention of fans.

To meet the unique occasion, book shops are also bringing their own spin to the day. One such example is the immensely popular chain TSUTAYA, which sells CDs, DVDs, books, magazines and, of course, manga.

In the Shibuya Tsutaya branch, right in the middle of the world-renowned Shibuya Scramble intersection, shop employees welcomed customers wearing the cosplay of Survey Corps, or Chousa Heidan.

This is a tribute to the main characters in the story who are all part of the Survey Corps, typically sporting a characteristically short brown jacket and a feather shaped green logo.

In this striking cosplay, and while wearing the surgical masks now ubiquitous due to COVID-19, shop assistants welcomed fans, who one by one snatched the manga volumes off the shelves.

Attack on Titan is a series which centers around a city which is attacked by mysterious humanoid giants. The quest of the main character, the boy Eren Yeager, is to seek revenge. As the story develops, the plot thickens with elements of human drama and examination of how different people interact, making it a reflection of the history of the world and human nature.

The manga was first serialized in Bessatsu Shonen magazine in 2009, and its last episode was published by the magazine in the May 2021 edition.

According to Kodansha, the magazine was so popular the publisher ordered extra printings as the magazine version quickly sold out. Kodansha has previously said that between the print version and online sales, the circulation of the manga has reached more than 100 million copies worldwide.

The franchise has also earned an anime series, which further boosted the manga’s popularity, and a live action movie with the appearance of immensely popular actor Haruma Miura. The series is also set to get a Hollywood live action makeover, directed by Andy Muschietti, who was behind the production of horror film, It (2017).