The Praemium Imperiale, a global arts prize sponsored by the Japan Art Association, with Honorary Patron His Imperial Highness Prince Hitachi, marks its 30th anniversary in 2018.

Known as the “Nobel Prize of Arts,” the prize is awarded annually to internationally-renowned artists in a variety of fields. Four previous laureates sent commemoration messages to JAPAN Forward in honor of this special anniversary. 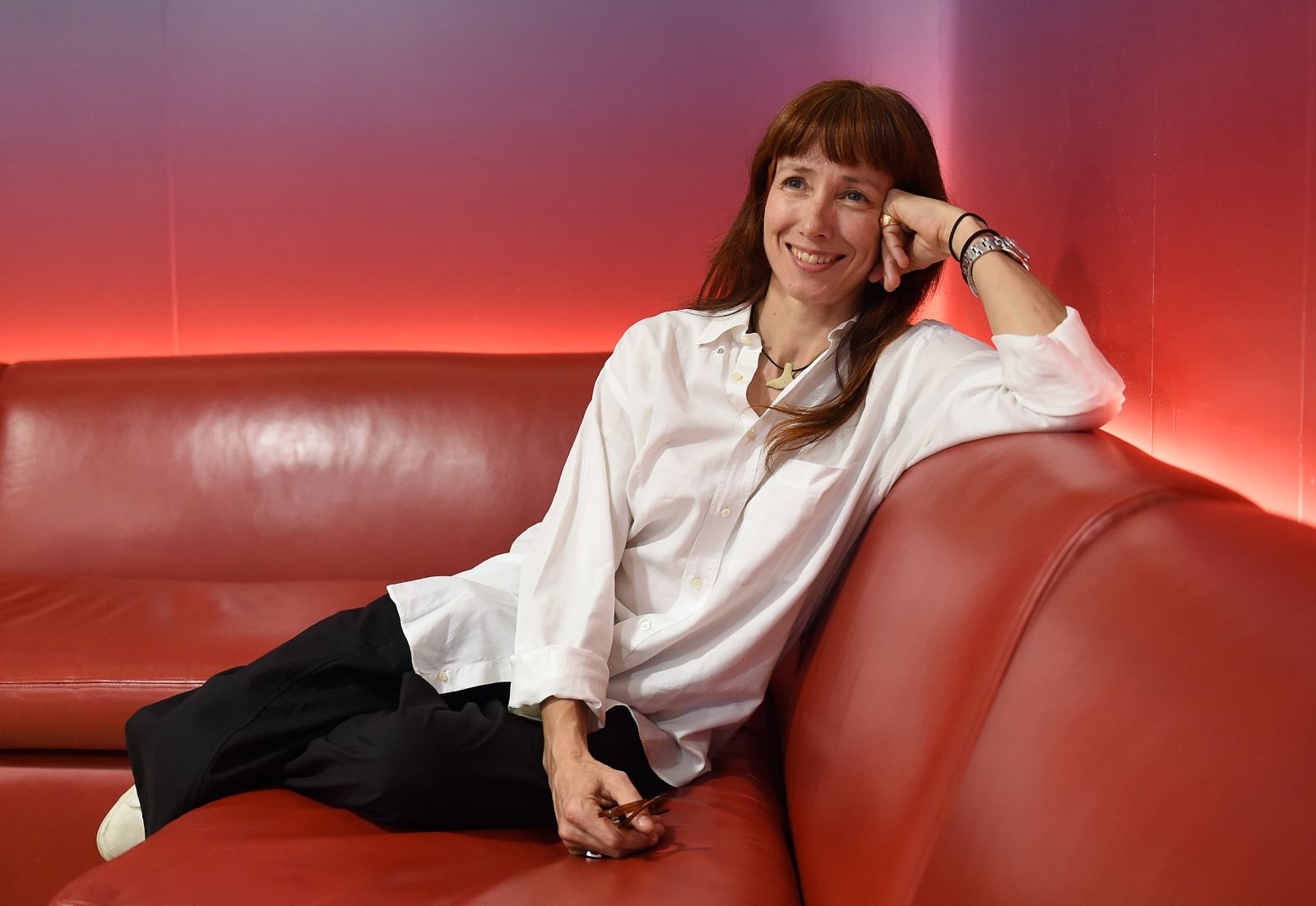 Celebrating the 30th anniversary of Praemium Imperiale is adding to this genuine joy I feel each time I come back to Japan, my second home!

I keep great memories of the 2015’s ceremony and the days we spent together for this very special and unique event. It will be an honor to be part of this anniversary celebration, and I am sure this second reunion with Preamium Imperiale hosts will be part of my most valuable and unforgettable souvenirs.

My life is now far away from stage and projectors, far away from dance. And we could say, far away from Japan, if we consider the physical aspect of it only. But all those years I spent in Japan, the unique experiences I lived there, and all the love I received make me carrying forever a part of this wonderful country in me.

Japan is definitively an important part of me, and to have been honored with the Praemium Imperiale award, the greatest art award in the world, is the most beautiful resumé of the love and passion story I have with your country. 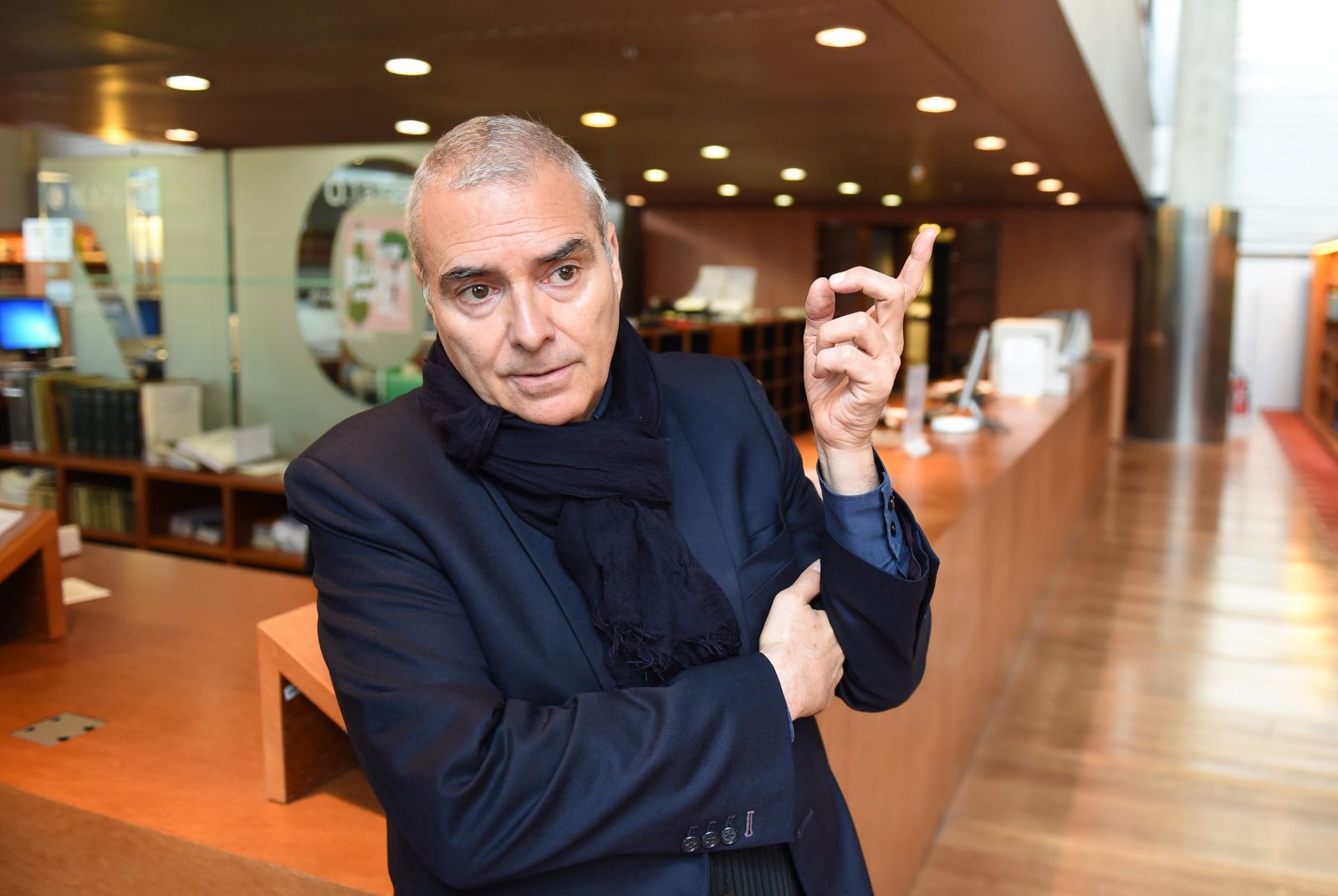 To me, the Praemium Imperiale is the highest cultural award dedicated to the fine arts. Its rite remains unchanged, becoming a tradition which built its exceptional quality.

This must be protected. This always identical ceremony dedicates talents which have nothing in common, and, more than that, which can be radically aesthetically opposed.

This wealth represents culture beyond the notion of time and space.

The feeling that the notion of time has disappeared — as said the poet, “Oh time, suspend your flight” — is what we feel during the ceremony in Tokyo.

This pure beauty also makes the Praemium Imperiale so exceptional.

To conclude, maybe we could imagine that the previous laureates could participate in the nomination committees, allowing it to maintain a living link between the award and the prize winners through the years.

Finally, I would express the wish that the prize does not stop increasing its influence, including for the young generations. 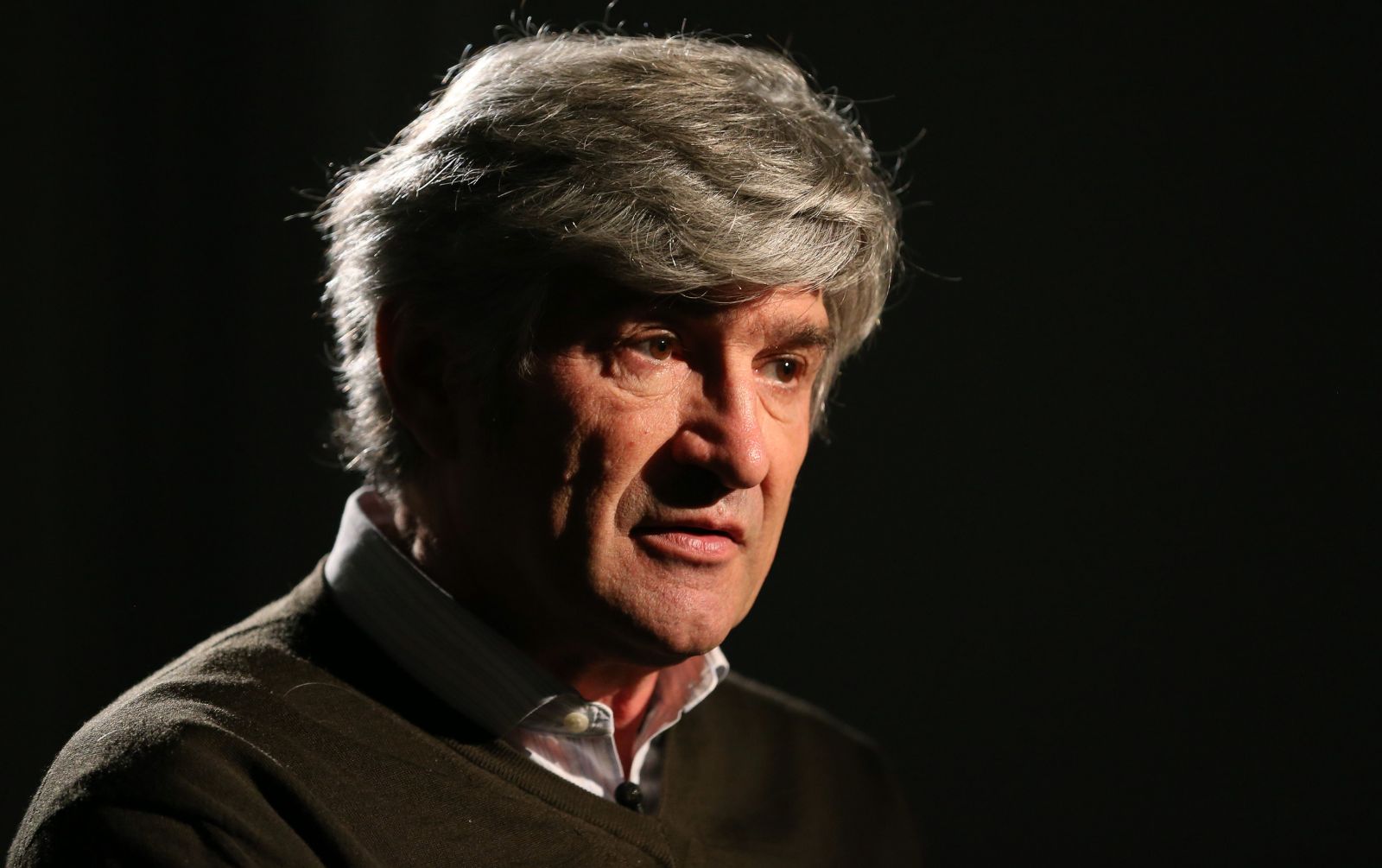 It is not possible to imagine and understand the art of the last 150 years without thinking of Japan and the great influence it has exerted, from Van Gogh to Matisse, from Brancusi to Klein. The list would be very long.

My first trip to Japan was in 1970, on the occasion of the Tokyo Biennial “Between man and matter.” It was an unforgettable experience. It was a country where a great energy and willingness for modernization coexisted with its cultural traditions still strongly present in everyday life. The idea of purity, simplicity of the form, the elegance of the gestures that could be seen even in the objects and in the craftsmanship witnessed a philosophy of life and a unique vision of the world.

The repetitiveness of the gestures aimed at finding a formal purity in which there is a perfect harmony between mind, the hand, and the matter was one of the aspects of its culture that struck me a lot, especially for the deep bond it has with the sculpture.

Afterwards I returned to Japan several times for exhibitions, and each time I found these same values under new and always amazing and different forms and aspects, as testimony of a cultural identity that makes this country so special.

I believe that the Praemium Imperiale is the expression of this vision because it rewards the universal values of art as an expression of emotions and shared thoughts and felt by all men, and it rewards the synthesis of the work and of the operating and witnessing the great importance that the imagination has for the life of man.

I remember with emotion the solemn award ceremony, aware of its importance and the great honor I received. But I also have a vivid memory of the ceremony of purification that preceded the awarding ceremony held at the Meiji Shrine and the traditional musical show to which the winners attended, as an exceptional moment, as evidence of the wealth and the extraordinary culture of Japan. 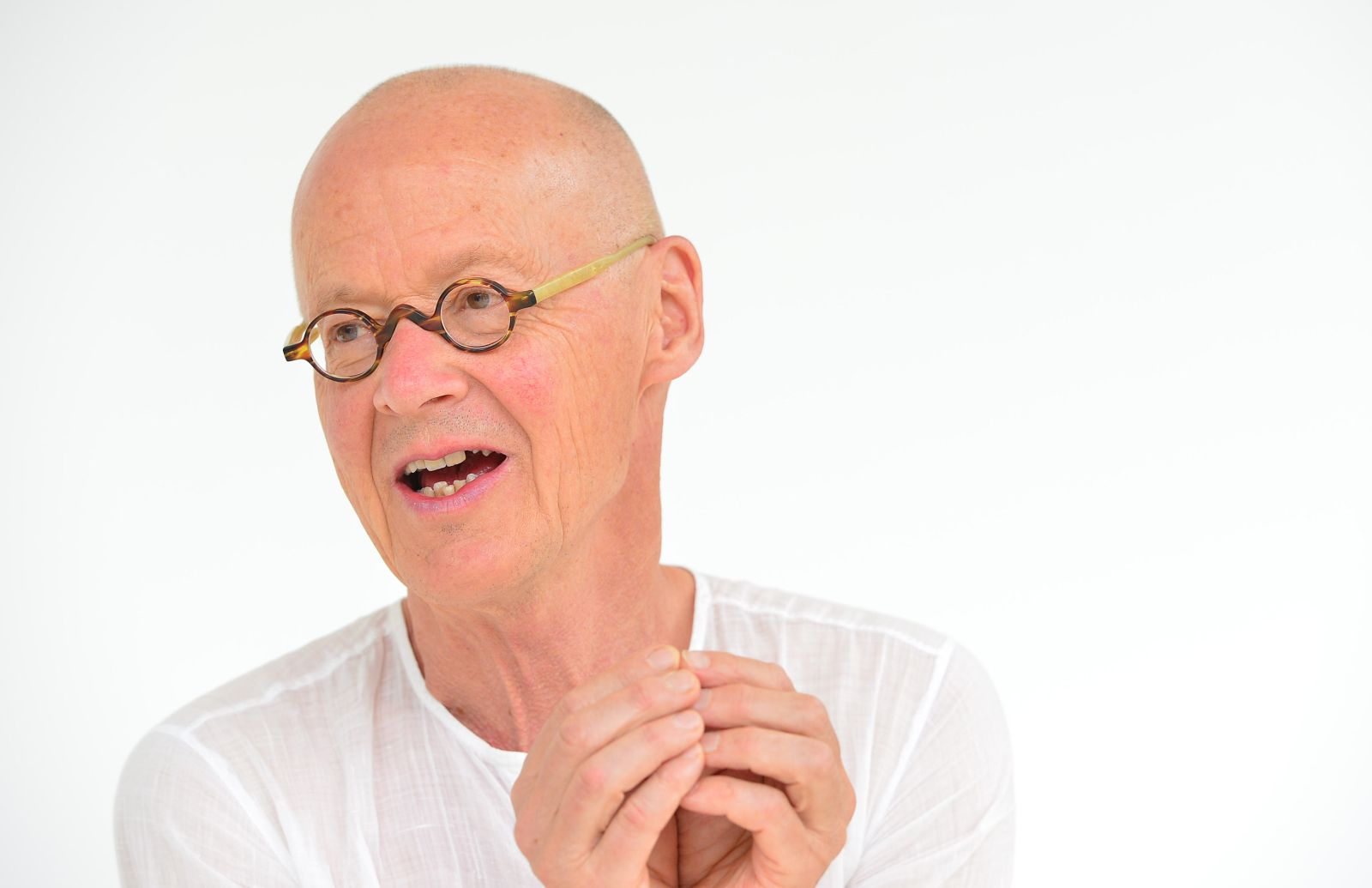 How beautiful to have this in this world.

For the recipients, it was and is certainly a great honor — for their life’s work, what they believe and live for.

This is the incredible beauty and achievement of the Praemium Imperiale.

It is about the importance and power of culture and the arts for humanity. When you look back in history, at first glance it appears that the most awful and violent dictators ruled and defined the world with force and soldiers.

But when you look closer, human history was mostly changed and defined, brought in new directions, by the developments in culture and the arts. Lao-tse, Confucius, the authors of the Upanisads, Aristotle, Socrates, Giotto, Leonardo da Vinci, and many others — they defined humanity much more than the emperors, kings, generals, and counts of their time, they showed totally different ways for the future of mankind.

The natural sciences made such progress over the last 500 years, made things possible which were unimaginable only some hundred years ago — in physics, astronomy, and medicine. Never before was it possible to treat illnesses like we can do today. But then beyond the rational mind, beyond the physical body, there is another world, an incredible richness which belongs to every human being of any time in the past, present, and the future.

The success of the natural sciences led also to a material prosperity in our lives which was never known before in human history. But beyond this — instead of being caught in the material world, this gives us the possibility to strive for much more, to be free of more material needs.

The political world is still dominated by military and economic power. Our politicians still tell us that they need all these weapons to keep the world under control. But considering humanity in this century — people deserve something else. There is no place anymore for all these weapons.

Only some hundred years ago our cities had thick walls around them to protect each other from the neighboring city, which would send its soldiers. The earth became so small, there is no place anymore for such thinking and behavior. That there are still politicians and political systems who and which threaten the world with weapons, which can be sent to the other side of the planet and are able to destroy the whole planet, is unacceptable for humanity.

The Praemium Imperiale — initiated by the Japan Art Association — is a major and unique contribution in this world to emphasize these visions and goals in our world today.