The Fall of Interpol President Meng Hongwei: Abuse of Power or Coverup by China? 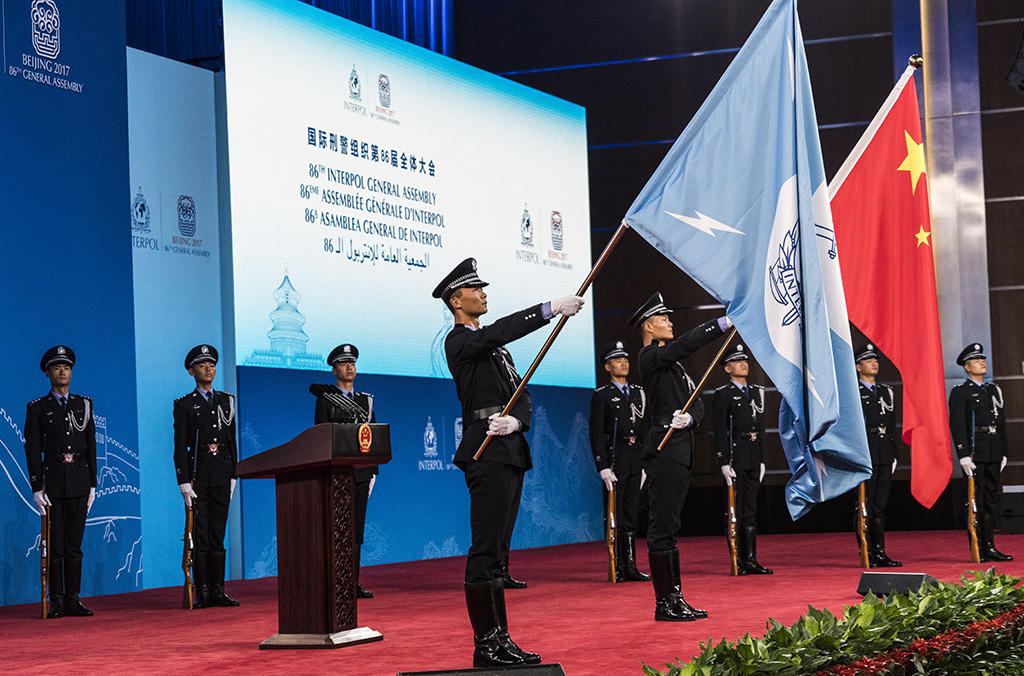 The 86th Session of the Interpol General Assembly opened in Beijing on September 26, 2017, under President Meng Hongwei, China’s Vice Minister of Public Security. 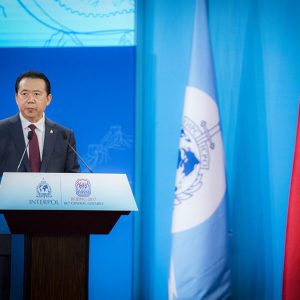 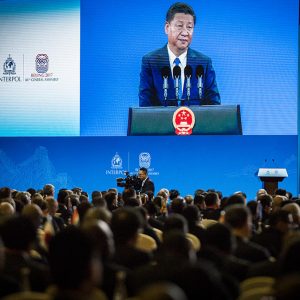 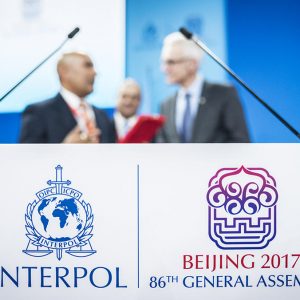 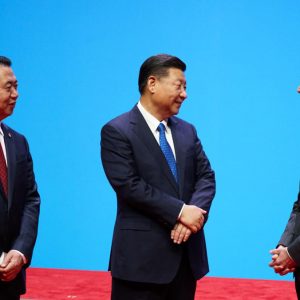 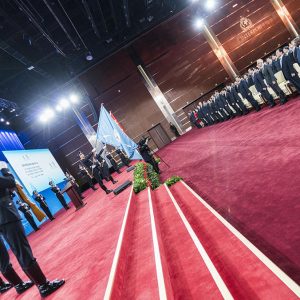 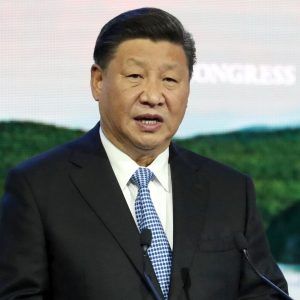 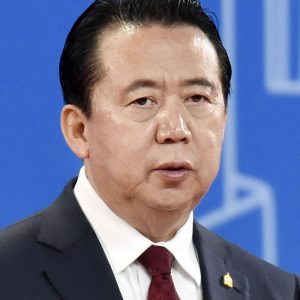 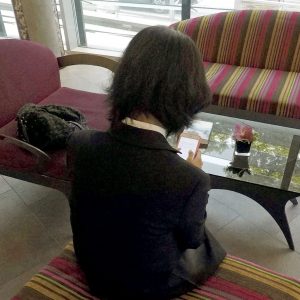 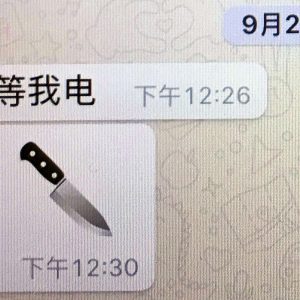 Part 1: Did China Corrupt Interpol to Get the Presidency?

Interpol is supposed to be a supporter of human rights, neutrality, and the rule of law. It would seem unlikely that an official of the world’s leading human rights abuser, whose power is based on the seizure of government by force in 1949 and that has been anything but neutral in the pursuit of its own interests, would be made its leader.

Mr. Meng Hongwei, Vice Minister of Public Security in China, could arguably only have been elected to a position of legitimacy and prestige, like president of Interpol, through influence or corruption of the official representatives of the countries that voted in 2016 — or, more likely, the leadership of their respective capitals.

At the same 2016 General Assembly where Mr. Meng was elected president, Interpol voted to call for “systematic collection and recording of biometric information as part of terrorist profiles.” This is a measure that makes human rights and civil liberties activists particularly nervous. In Xinjiang and abroad, China seems to be trying to use this technology, and the excuse of terrorism, to repress its own Muslim minorities and extend its growing influence globally.

China’s leadership of Interpol nicely supports this strategy. While there may be legitimate reasons for police organizations to collect biometric data, those reasons are eroded by an Interpol with a Chinese Communist Party (CCP) official as president.

A Century of History

The idea for Interpol sprung from an international police conference in 1914. It was finally consolidated organizationally at a Vienna conference in 1923, attended by guests from many European countries, plus the United States, Japan, China, and Egypt.

The U.S. attended unofficially. Britain joined in 1928, and the organization, then known as the International Criminal Police Commission (ICPC), spent some of its early years fighting communism.

The ICPC has a sordid past with some parallels to today. Nazis first influenced the ICPC, and then in 1938, with the annexation of Austria, seized control of its headquarters in Vienna.

Mr. Meng’s tribulations are reminiscent of when the Nazi General Heinrich Himmler demanded the resignation of the ICPC president, Michael Skubl, and then imprisoned him. Michael Skuble was previously Police President of Vienna under the Austrian fascists. The Nazis moved the headquarters of the ICPC from Vienna to Berlin in 1942, at which point most countries stopped participating.

Police officials from democracies should likewise have ceased involvement with Interpol, or better yet created an explicitly democratic Interpol, when the CCP took its presidency in 2016.

Starting with its 1946 constitution, the organization adopted the Interpol name, and has since used democratic means to elect its officials. Its successive constitutions were not international agreements between states, but rather grew from national police representatives at unofficial meetings. The Interpol constitution of 1956 was an attempt to depoliticize the organization — a goal that is now clearly unmet.

Interestingly, Interpol has long sought to limit national political control of its transboundary and direct police-to-police relations and communications. While that might facilitate international police operations, it should raise questions about how a country like China might abuse such a lack of democratic accountability, and how the organization should maintain its efficiency while mitigating the risk of abuse.

The 1956 constitution listed Japan as an original member, but the communist countries — including China, Russia, and members of the Warsaw Pact — were conspicuous in their absence. After the opening in 1972, China gradually sought to inveigle itself into international organizations. It became a member of Interpol in 1984.

Use of Interpol to Influence Members

China’s Interpol membership has helped it influence Japanese law enforcement decisions. In 1989, Chinese citizen and verified Tiananmen pro-democracy protester Zhang Zhenhai hijacked an Air China plane to Japan. He, his wife, and children sought asylum, but Chinese officials called him a common criminal, and got an Interpol red notice circulated. Japan ignored pleas from human rights groups who worried that he might be executed, and returned the family to China for prosecution.

Shortly after his election in 2016, Mr. Meng installed himself comfortably at Interpol headquarters in Lyon, France. His job as president, in addition to continuing official CCP duties, was to lead Interpol’s General Assembly and Executive Committee, provide strategic oversight, and give speeches on Interpol’s contributions to global law and order.

He also used these opportunities to promote China’s role not only in Interpol, but in global governance more generally.

Unlike in 1938, when fascist Germany took control of Interpol, most countries in 2016 remained with the organization despite the argument that China, too, is a fascist state. The 2017 Interpol General Assembly was held in Beijing, and President Xi Jnping opened the proceedings surrounded by Chinese police in black uniforms and jack boots, holding CCP flags at precise 45-degree angles. It was an awkward moment for countries like Japan and the United States.

Today, Interpol has 192 member countries that have allowed themselves to be led by an authoritarian communist regime. The trend from 1914 to today is concerning and should lead us to rethink whether corrupt and authoritarian communist countries like China should be included in international organizations that are supposed to support values like international law, human rights, and democracy.

At striking odds with China’s claims to support these liberal ideals are its racist practices, including holding one million Muslims in concentration camps.

On the day of Interpol’s announcement of Mr. Meng as president, the CCP-controlled Xinhua News Agency tellingly effused, “He is the first Chinese official to take the post.” International organizational membership should not be about getting one’s own ethnicity into positions of power, which appears to be the mindset of Beijing. It should be about celebrating diversity and the universal values that tie a peaceful community of nations together.

Until China improves on these matters, Chinese nationals should no longer be welcome in leadership positions of international organizations.

Another Case of China’s Extralegal Behavior

Two years after his election as Interpol president, Mr. Meng Hongwei said goodbye to his wife, Grace. He was departing for China.

The next day, on September 25, he texted her a cryptic note from Beijing, saying, “Wait for my call.” A text message came four minutes later, and was a knife emoji. Ms. Meng later said it signified that “he is in danger.” Her 10-day wait for a call from her husband must have been agonizing.

On October 4, she finally reported his disappearance to French authorities.

She also reported that she had received threats from a Chinese speaker who called her in Lyon. He said, “You listen, but you don’t speak. We’ve come in two work teams, two work teams just for you. We know where you are.” When she tried to ask a question, he repeated: “You don’t speak, you just listen to me.”

This is apparently the frightening culture of control that is rampant in China, and it explains the rapid rise of the CCP, which otherwise would be excluded by the majority of people who want fairness, the rule of law, and personal freedoms. That Ms. Meng resists is a testament to her courage and love for her husband.

Ms. Meng took her husband’s last name recently, to show solidarity with him. She doesn’t reveal her real name or show her face to the press for fear of retaliation against her family in China. But Ms. Meng is nevertheless speaking out about her husband’s case.

Faced with accusations of bribery against Mr. Meng, Ms. Meng denied that he would ever commit such a crime, and offered to reveal their bank accounts to public scrutiny. She is also taking the moral high ground. While such talk appears hypocritical to human rights activists, she must have a lot of information that she could divulge if her husband is maltreated.

Her talk is doubtless making President Xi nervous, and could lead to concessions, such as Mr. Meng’s negotiated release to France.

Based on the threatening call to Ms. Meng, French authorities put her and her two children under protection. They further requested clarification on October 6 from Chinese authorities.

Late on October 7, the Chinese government finally disclosed that Mr. Meng was in custody. The next day, China’s powerful Minister of Public Security, Zhao Kezhi, indicated that the allegations included the taking of bribes and political disloyalty. In China, the latter is arguably a more serious offense.

President Xi’s own family, and members of his politburo, are implicated in potential corruption or hidden overshore deals.

Perhaps this is one of the reasons many think Mr. Meng’s downfall was political.