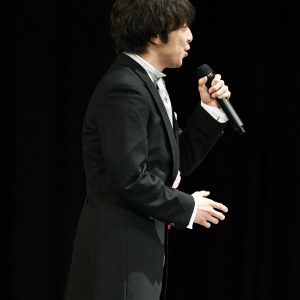 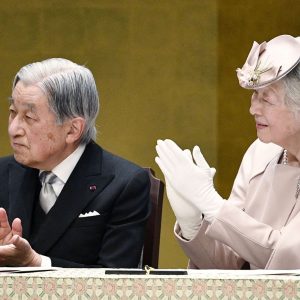 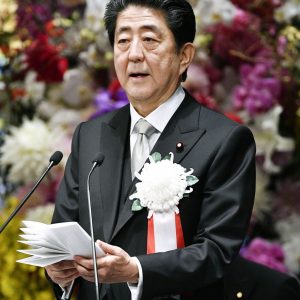 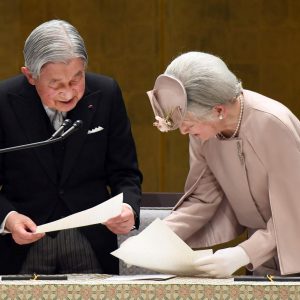 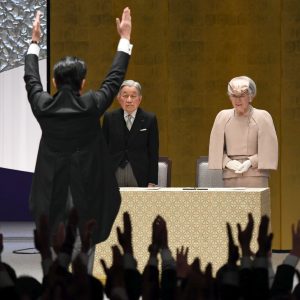 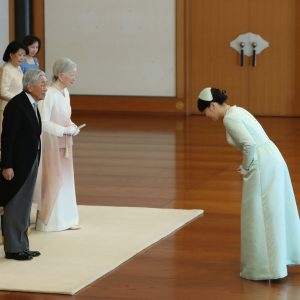 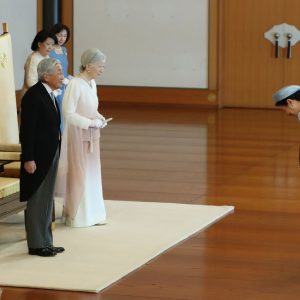 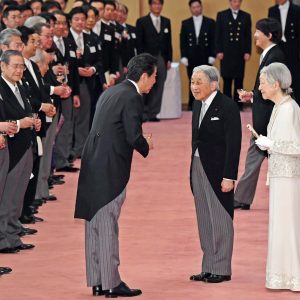 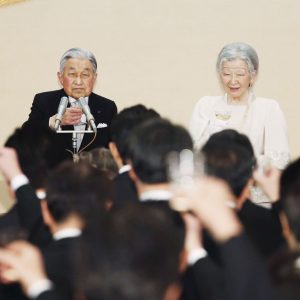 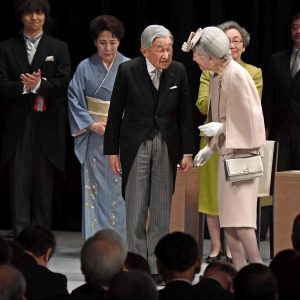 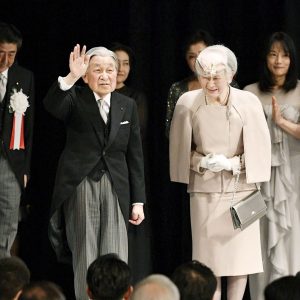 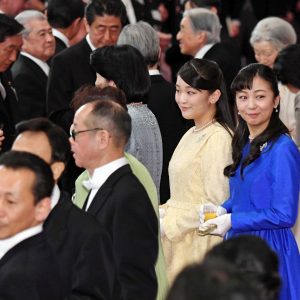 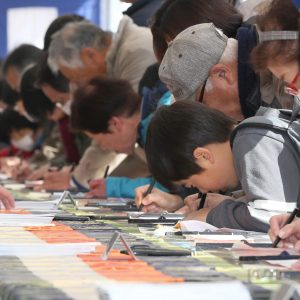 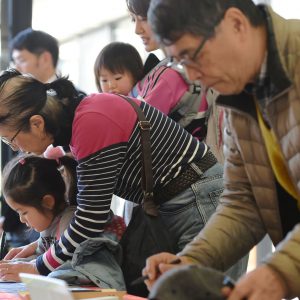 A ceremony marking the 30th anniversary of Emperor Akihito’s accession to the Chrysanthemum Throne took place on Sunday, February 24, under the sponsorship of the government at the National Theater in Hayabusacho, Chiyoda Ward, Tokyo.

In the presence of the Emperor and Empress Michiko, the heads of the three branches of government, including Prime Minister Shinzo Abe, and celebrities from various fields totaling about 1,100, congratulated the Emperor on his 30-year reign.

The Emperor, who is scheduled to relinquish the throne on April 30, expressed his gratitude to the people, declaring, “I feel deeply grateful to have been able to undertake my duties as the Emperor, thanks to support from people from all walks of life.”

Speech and Song of Appreciation

Looking back on the imperial couple’s past three decades in a congratulatory speech at the ceremony, Prime Minister Abe said, “The people will never forget that the imperial couple has always stood by the Japanese people for all of these 30 years.”

Representing the populace, Governor Masao Uchibori of Fukushima Prefecture extended his greetings in the ceremony. His region suffered severe damage in the 2011 Great East Japan Earthquake and Tsunami and accompanying nuclear disaster.

He expressed particular appreciation for the royal couple’s many visits to disaster-wracked areas of Japan to comfort and encourage the disaster victims. “Their Majesties gave us the courage to move forward toward the future,” he said.

The speeches were followed by musical performances to rev up the mood of celebration. Daichi Miura, an Okinawa-born singer, sang a solo performance of “Utagoe no Hibiki” (Resonance of Singing Voices), a song written by the Emperor and composed by the Empress on the theme of their exchanges with inpatients at a national Hansen’s disease (leprosy) sanatorium in Okinawa Prefecture.

Another song, “Omoigo” (Endearing Child), is the lullaby the Empress is said to have hummed at Crown Prince Naruhito’s bedside in his childhood. It was sung by soprano Yumiko Samejima.

“I would like to express my deep thanks for celebratory greetings from a wide range of the public, and I am praying anew for the security and happiness of the people of Japan and the world,” the Emperor said.

The 85-year-old Emperor begun reading out his words in a slow, solemn tone after rising up from his seat at the center of the theater’s stage. He continued: “Blessed with congratulations both at home and abroad today…. The state of Japan has been buttressed by the people’s strong will for securing peace.”

While making these references of gratitude to the people, the Emperor’s voice appeared to choke momentarily with emotion. Lifting his eyes toward the audience, the Emperor wove his words with grace, as if having a personal talk with all of those present for about eight and a half minutes.

Entrusting the Role of ‘Symbol of the State’

As was the case at the news conference on the occasion of his birthday last December, the Emperor reflected upon the fact that Japan has had no experience of a war throughout the 30-year reign of the Heisei era.

Placing high expectations on future generations, the Emperor declared, “I hope my successors in the eras to come will continue exploring the desirable status of the Emperor” as the symbol of the integrated nation.

As an aide close to the Emperor put it, the Emperor “does not think his task of establishing the Emperor’s image has been completed through his own activities.” He added, “The Emperor is presumably of the belief that his successors on the Chrysanthemum Throne should continue pursuing what should be the role desired of the Emperor in response to the needs of the times.”

In the ceremony, the Emperor is believed to have conveyed his wishes for continued pursuit of the role and image of the Emperor by future generations, and his gratitude to the people to whom he addressed himself as he fulfilled his duties as the symbol of the integrated country of Japan.

This represents the final opportunity to issue his message in his capacity as Emperor until he addresses the people at the Abdication Ceremony scheduled for April 30.

The Emperor concluded his speech at the February 24 ceremony by reciting a waka (known in court as miuta) that the Empress composed in 1990. A senior official of the Imperial Household Agency said, “The Emperor, when drafting his speech, may naturally bear in mind the Empress, who has always been at his side for these long years.”

While the Emperor was reading his remarks at the ceremony, there was a moment the pages appeared to get out of order when he was turning them over. But the Empress, who sat next to him, took note and reached out gently to the text, looking at him with a soft smile.

At the end of the ceremony, the attendees shouted “Banzai” three times, raising their hands under the initiative of Prime Minister Abe. The Emperor and Empress bowed repeatedly in response to the attendees’ congratulations.

Earlier, on the morning of February 24, the imperial couple received celebratory words from Crown Prince Naruhito, Crown Princess Masako, and other imperial family members at the Imperial Palace.

(Click here and here to read related articles on the event in Japanese.)