Giveaway: Get Tickets for You and a Friend to the Kawanabe Kyosai Exhibition 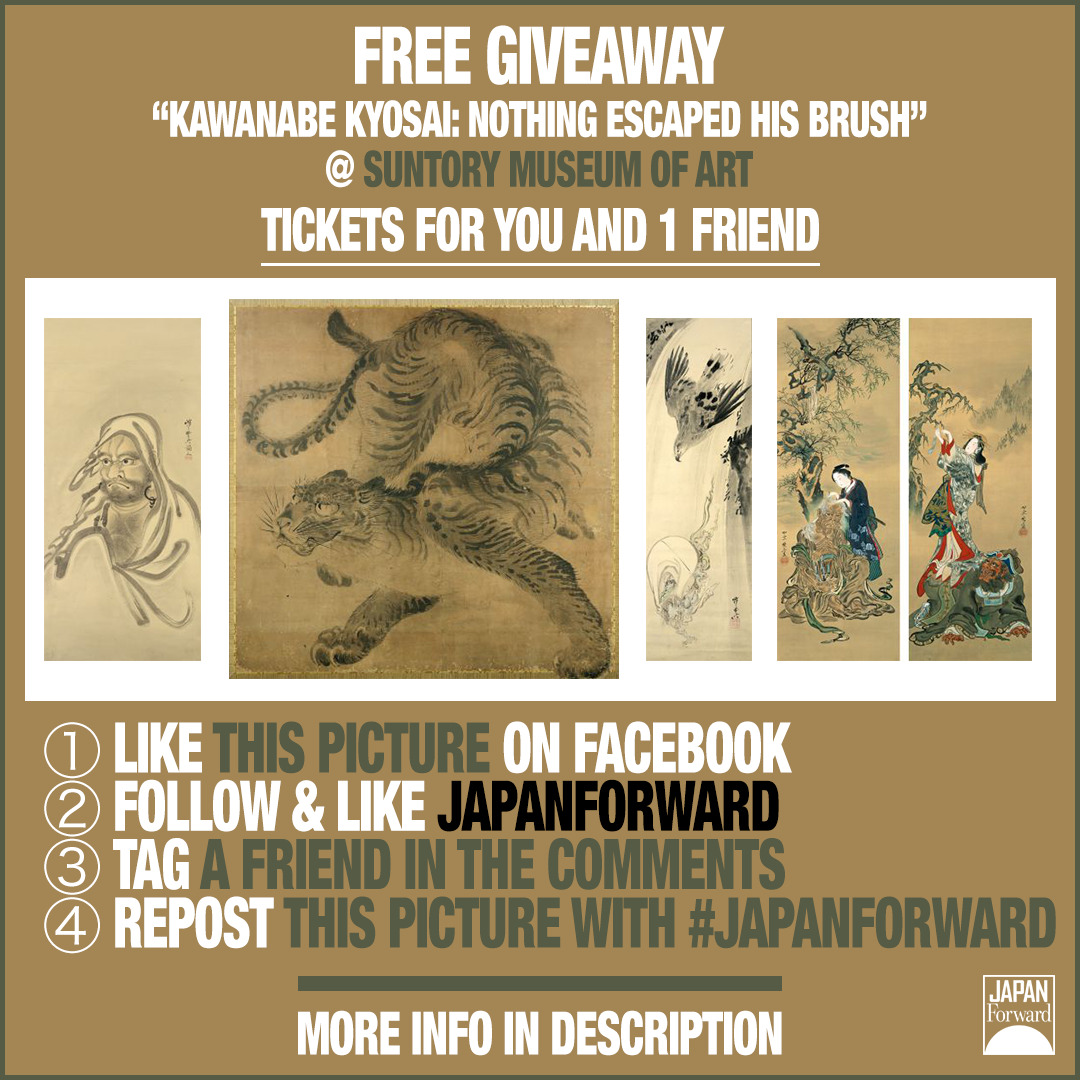 Kawanabe renown for his giga (comic) pictures, satiric illustrations and yokai (ghosts and goblins) paintings, and many fascinating examples of these various genres are on display. However, the viewer can readily see in his painting Winter Crow on a Withered Branch (Koboku kanazu) his roots as an artist trained in the traditional Kano School style. This painting became the talk of Japan at the time it won the grand prize for the painting category at an exposition in Japan in 1881 and the owner of the Eitaro confectionery store offered to buy it for an outlandishly lofty price.

JAPAN Forward would like to give you and a friend a chance to see the Kawanabe Kyosai: Nothing Escaped His Brush exhibition. There will be only 10 tickets (5 pairs) available so enter in the competition right now!

All it takes is four (4) simple steps to enter the giveaway on Facebook:

1. Like the giveaway photo above (look for it on Tuesday, February 26, at 9 p.m. JST on JAPAN Forward’s Facebook page).

3. Tag a friend in the comments of the giveaway photo post. This is the person you nominated to attend the exhibition with!

4. Repost the giveaway photo on your own profile with #JAPANForward.

The giveaway begins February 26 at 9 p.m. and ends Sunday, March 10, at 11:59 p.m. JST. Winners will be contacted and announced the week of March 11, or when all candidates have been confirmed. Good luck!