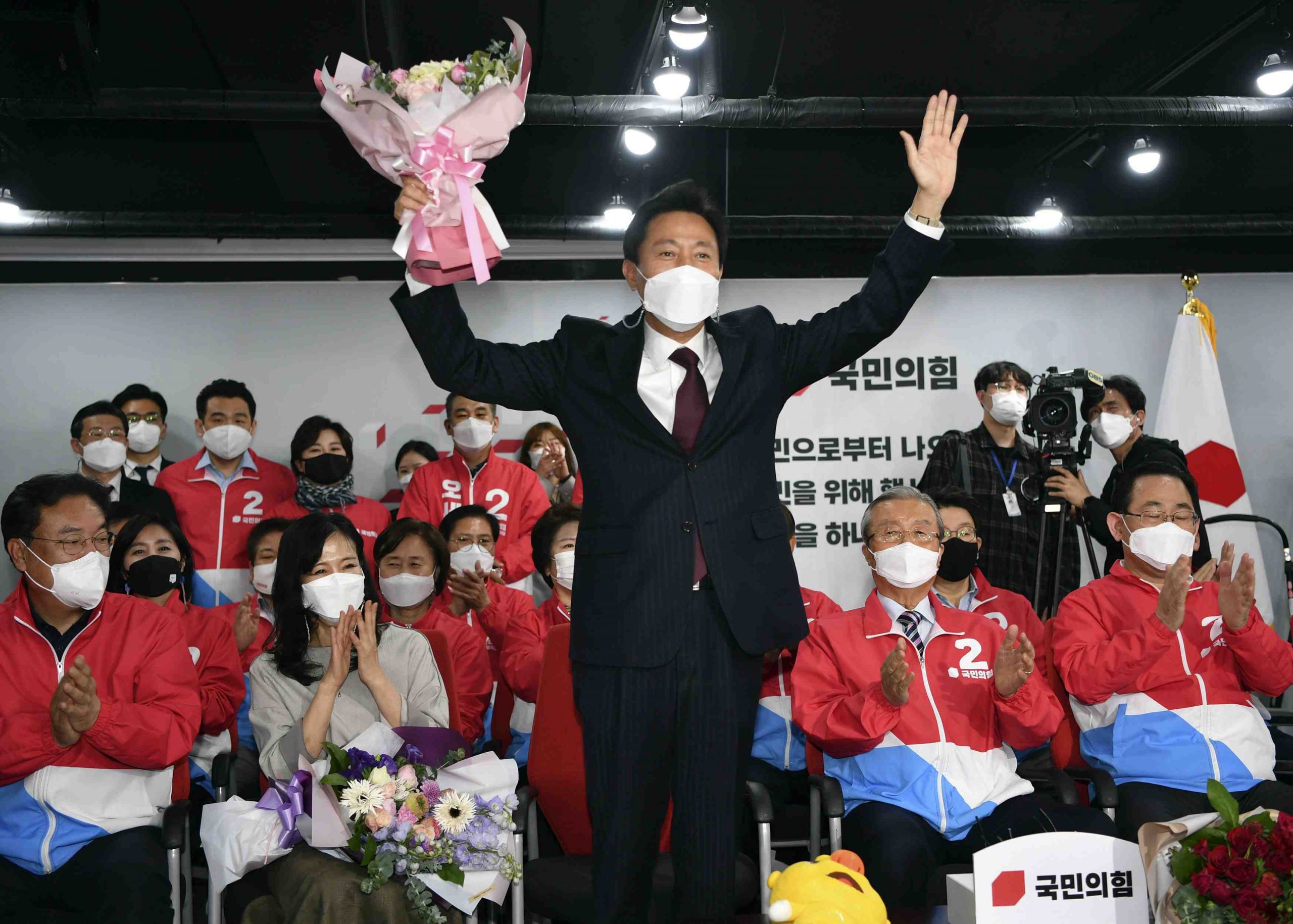 Millions of people in South Korea have expressed frustration at the way their country has been run by their liberal President, Moon Jae In.

They have dealt his ruling Democratic party a crushing defeat in this week’s elections and chosen conservative mayors for Seoul and South Korea’s second biggest city, Busan.

Oh Se-hoon of the People Power Party will return as Seoul’s mayor after a break of ten years, while in Busan, another candidate of the PPP’s, Park Hyung-joon, won convincingly.

In response, the leadership team of the Democratic Party is set to resign – including the prime minister – although the president himself will remain in office until his five year term finishes next spring.

The elections were seen as an indirect referendum on the Moon administration and the outcome suggests much frustration at his recent leadership.

Mr. Moon and his supporters had been bracing themselves for a strong attack by the opposition but they had not anticipated that they would lose the confidence of the majority of citizens in South Korea’s two most populous cities.

Until recently, the government seemed to be enjoying widespread popular support for its effective control of COVID-19. Unlike nearly every other country, South Korea has avoided lockdowns and the viral infection rate has remained comparatively low.

A year ago, praise for the government’s handling of the pandemic helped the liberals gain strong support in an interim election. Ministers appeared on TV and webinars to take credit for doing battle against COVID. However, in 2021, the vaccine program has been slow to roll out in South Korea, just as it has been in Japan.

COVID did not distract voters from problems, including corruption and sex scandals.

The elections were called as a result of sexual misconduct by the two cities’ mayors, who both represented the liberal Democratic Party.

Former Seoul mayor, Park Won-soon, committed suicide after being accused of sexual violence by his secetary, while the former Busan mayor, Oh Keo-don was forced to resign after a female official claimed he groped her.

During the campaign trail, there was often an angry mood as women’s groups sought to raise issues of gender discrimation. Yet in the end, both the successful mayoral candidates were men.

The newspaper Joong Ang Daily was unimpressed by the way the politicians conducted themselves. It said that the campaign descended into a “race of mudslinging” as the candidates focussed on the negative traits of their opponents, rather than substantive policy matters.

Joong Ang claimed that the liberal candidate for the Seoul mayoral post promised to hand out 100,000 won to each Seoul citizen if elected.

President Moon, who had promised to tackle corruption, has seen his reputation tarnished by associates who were alleged to have used their privileged positions to make a personal profit through property dealing.

The conservatives hope the reputation of the progressives is now so badly tainted that they will forfeit the presidency next year. Right wing candidates are already preparing for the challenge.

The new Busan mayor Park Hyung-joon – whose recent books include Korean Society: What and How to Change and Reconstitution of Conservatism  – said after his win: “I hope this will give momentum to a change in national politics.”

Yet despite the conservatives success, they must still deal with the  legacy of their former leader, President Park Geun-hye, who was impeached and later convicted on charges, including abuse of power, bribery and coercion. She remains in jail.

This was an election focused on domestic and urban matters, partly because the mayors have no direct influence on foreign policy.

As a result there was little space on the campaign trail for discussions about South Korea’s role in the world, or its most pressing problem: the threat from North Korea.

The week before the mayoral elections, North Korea fired several missiles, proving once again it has the capacity to strike Seoul or Busan at any moment. The North has firmly rejected President Moon’s offers of diplomatic friendship and economic support.

The U.S. Defense Secretary Lloyd Austin, and the U.S. Secretary of State Antony Blinken recently visited Tokyo and Seoul, prior to a meeting with Chinese leaders in Alaska.

One of Mr. Blinken’s goals is to enhance the trilateral alliance between the U.S., South Korea and Japan. This has been under strain after the Supreme Court in Seoul tried to force Japanese companies to make payments relating to the colonial period before the Second World War.

The government of Prime Minister Yoshihide Suga says the case has no validity and insists historical issues were legally settled decades ago.

John Nilsson-Wright, who specializes in Korean and Japanese affairs at the University of Cambridge and the London think tank Chatham House, says he is “pessimistic” about the current situation.

“The Americans have talked about bringing Tokyo and Seoul together but I’m not sure that, despite Blinken’s experience, they have the resources and capacity to affect any sort of reconciliation.”

He senses that “public opinion is pretty sceptical on the issue of cooperation.”

“There is irritation in Japan at what is often perceived to be political points scoring by both the progressive and conservative camps in South Korean politics when it comes to sensitive historical questions, such as comfort women and forced labor.”

Dr. Nilsson-Wright believes there has been “a race to the bottom”, with both sides going out of their way to criticize the other for being too pro-Japanese.

“They are using Japan as a stick to beat their opponents and I think that creates a big obstacle for anyone seeking to improve bilateral relations,” he says.

There was an example of this trend during the mayoral election campaign in Busan, when the government criticized the opposition’s plan to build a tunnel between South Korea and Fukuoka in Japan. In Seoul, the opposition criticized the spouse of a candidate for maintaining an apartment in Tokyo.

In Dr. Nilsson-Wright’s view, the tension between South Korea and Japan is “unfortunate”.

“They both have something to offer when it comes to regional security; not only in dealing with North Korea but also in meeting the challenge of China,” he says.

Dr. John Nilsson-Wright is Senior Research Fellow for North East Asia and the Korean Foundation Korea Fellow at Chatham House and Senior Lecturer in Japanese Politics and International Relations at the University of Cambridge.

Duncan Bartlett is the Editor of Asian Affairs and a Research Associate at the SOAS China Institute, University of London. He also manages the news portal, Japan Story and is a regular contributor to Japan Forward. Find other articles by Mr. Bartlett on his author page, here.