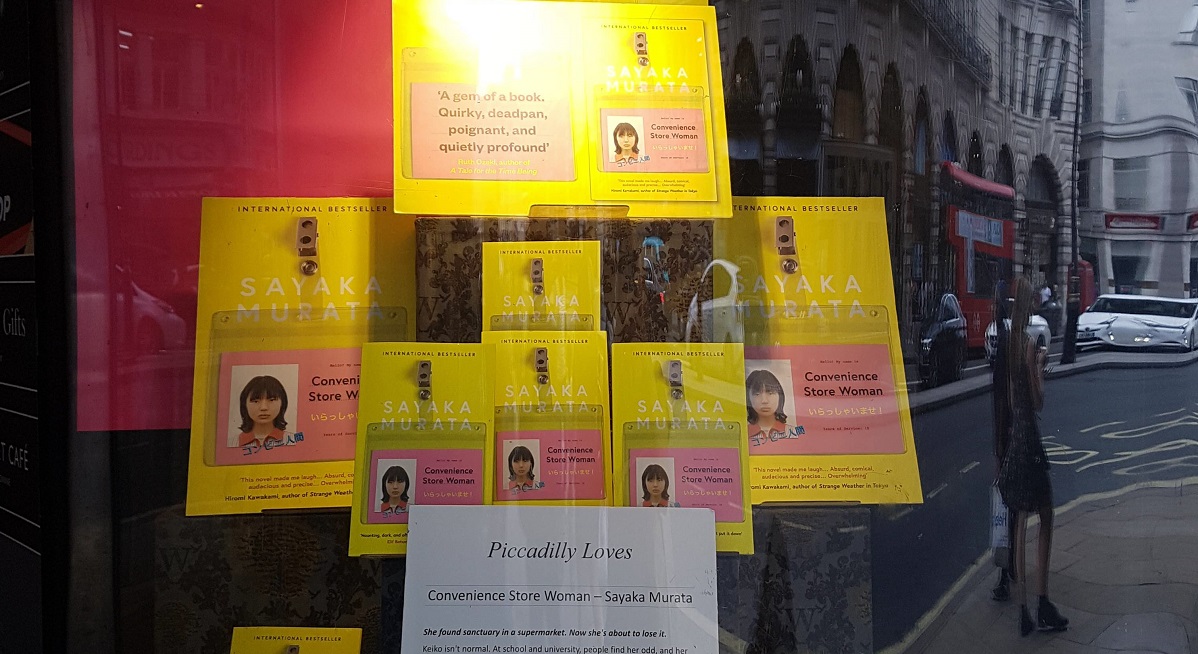 In recent years, contemporary Japanese literature is being translated and published one after another in English-speaking regions. Interest in Japanese women writers is especially high, with some of their works receiving distinguished literature awards overseas.

Bungei People – Labor of Literary Love (Kodansha, March 31, 2021, in Japanese) is a new book by author and translator David Karashima, 41, an assistant professor at Waseda University. It is a reportage essay of interviews with translators and editors behind this surge of interest in Japanese writers. The book introduces us to the changes that are currently taking place at the front line of literary publishing.

Works by leading female writers like Mieko Kawakami and Hiroko Oyamada are being translated one after another, and in some cases, publication of translated versions were sealed before they were published in Japan, such as, Emi Yagi’s Diary of a Void, winner of the Osamu Dazai Prize.

“In the future, when we look back on the trajectory of Japanese literature in the world, I believe the year 2020 will be marked a turning point,” says Karashima. Attending literary events in the U.K. and interviewing translators around the world via email in the midst of the COVID-19 pandemic… Karashima’s book, which gathered the voices of literary lovers who work behind the scenes, also shows us the circumstances behind the growing popularity of translated Japanese literature in the English-speaking world.

While society leans more conservative, there is a basic presumption that a growing awareness in the publishing industry is calling for “diverse voices”, irrespective of gender or race. “The fact that the work of a white male did not make the finalist list for the Booker Prize two years ago was a hot topic. The momentum that demands “diverse voices” is also reflected in the selection of literary awards.”

Furthermore, there is an increasing number of young freelance translators who are not affiliated with a university, and more attention is being given to new works written by writers of the same generation. A virtuous cycle is also generated, as independent publishing companies who ambitiously look for new talent support the movement.

The success of novelist Sayaka Murata’s Convenience Store Woman (Portobello Books, 2018), which was awarded the Akutagawa Prize for literature, is also an extension of the trend. The story, which illustrates a single female convenience store worker’s struggles with society, was translated by freelancer Ginny Takemori, and was published in the U.K. and U.S. in 2018. With over 250,000 copies sold in both regions, the book became a bestseller.

“The work was praised for its portrayal of issues pertaining to gender inequality, a topic that is debated in many countries, through the image of a female figure that is different from those of Western literary works. At the same time, its ‘eccentric style’ and ‘humor’ caught the attention of many readers.”

There’s also an amusing anecdote. The title of Hiromi Kawakami’s Sensei no Kaban was originally translated as “The Briefcase” (Portobello Books, 2013). Later, when it was changed to Strange Weather in Tokyo, taken from the line of a character in the story and the setting, book sales greatly improved. It seems that the letters “TOKYO” still have a strong appeal.

“It is important to establish a solid, trust relationship with translators and editors from overseas if we want to continue publishing translated works. It’s [also] necessary to make an effort to market a wide range of literary works, so that it doesn’t end up as just a passing fad.”