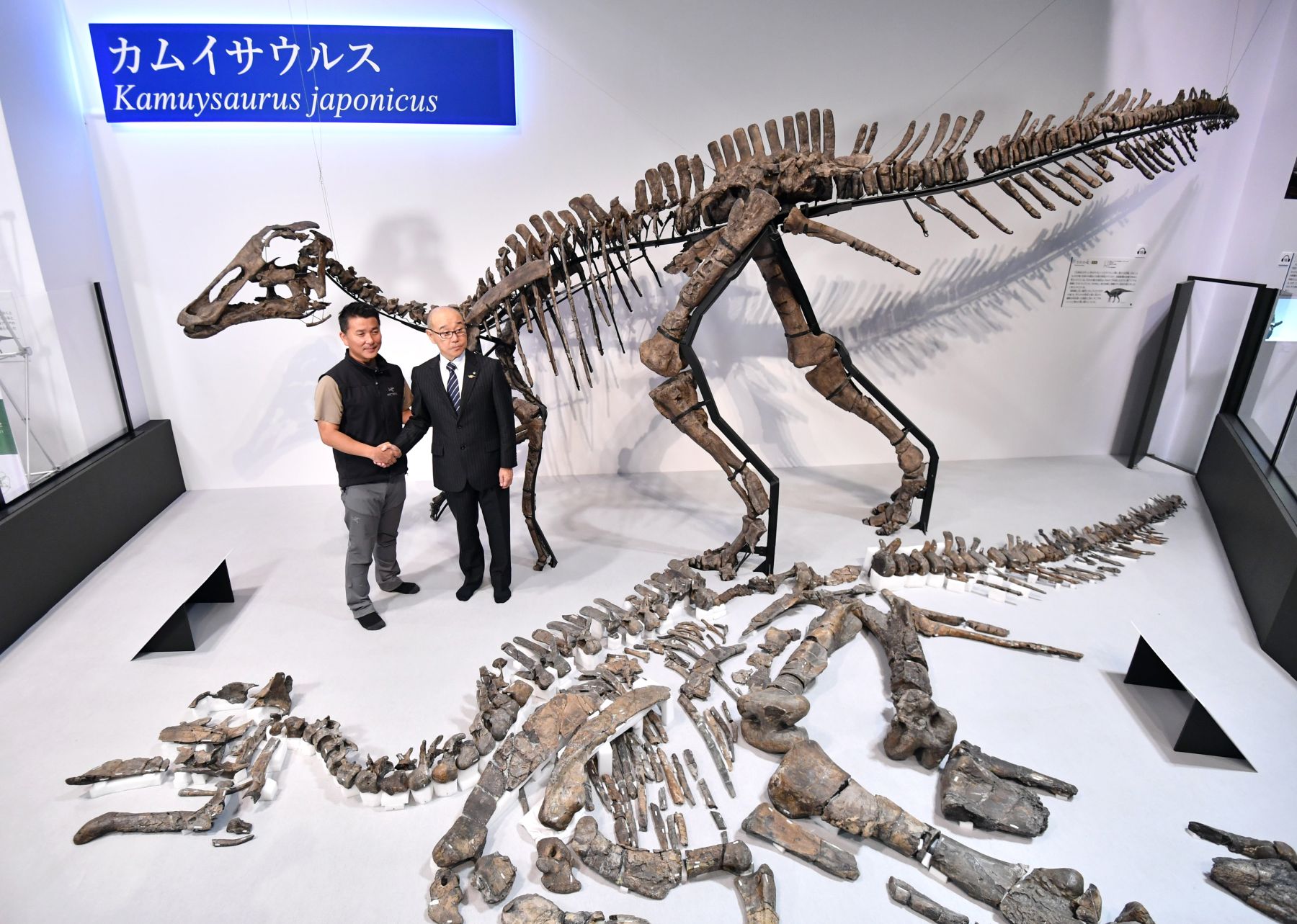 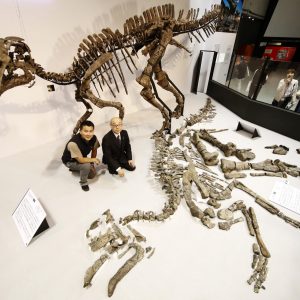 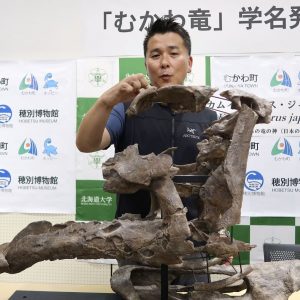 Learning About the Mukawa Dragon 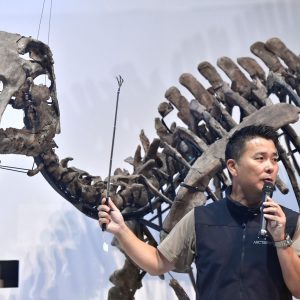 Takeo Kusaka and the Mukawa Dragon 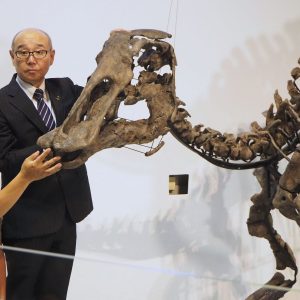 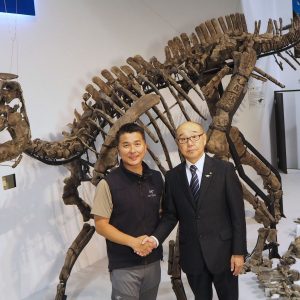 The fossilized skeleton known as the Mukawa Dragon was declared to be a new species of dinosaur on September 6 and officially given the scientific name Kamuysaurus japonicus.

The skeletal remains were discovered near the town of Mukawa in Hokkaido. Measuring roughly eight meters in total length, it is the largest full skeleton dinosaur fossil found to date in Japan.

Previously, common opinion held that only fragments of dinosaur skeletons were to be found in-country. With the discovery of this Kamuysaurus japonicus skeleton, the opinion of researchers has undergone a massive change and a new era for Japanese dinosaur research has been ushered in.

The Biggest ‘God Lizard’ in Japan

Actually, the partial tail of a Mukawa Dragon was discovered by a local amateur paleontologist in 2003. It came from a soil stratum that dated back to the Late Mesozoic Cretaceous Period, approximately 72 million years ago. Since this soil layer was at that time underwater, it was originally thought that the fossil belonged to a long-necked marine reptile.

Eight years later, it was identified as a dinosaur. However, it was only in 2017, after a full-scale dig, that researchers were astounded to find that this was the largest complete dinosaur skeleton yet discovered in Japan.

Professor Yoshitsugu Kobayashi of Hokkaido University, who is researching the find, characterizes it as “Japan’s representative in the ranks of dinosaur fossils.”

The fossil in question is that of an adult dinosaur judged to have been over nine years old at its time of death. Over 80% of its entire original length has been recovered.

After in-depth research, scientists judged the animal to be a new species, based on special features, such as narrow forelegs and the degree of tilt of the neural spikes on its spine. An article detailing the new scientific classification was carried in Scientific Reports — a publication of the British journal Nature — on September 5, 2019. That made it the eighth new species of dinosaur discovered in Japan.

When selecting its scientific name the scientists thought it only right to use the term kamuy, which means “god” in the language of the indigenous Ainu, since it was discovered in Hokkaido. Saurus and japonicus are Latin, meaning “lizard” and “Japanese” respectively. So, a direct translation would be “God Lizard of Japan.” The “Deity of Japanese Dinosaurs” seems more appropriate.

A Contemporary of the Fierce Tyrannosaurus

Researchers are unsure of the sex of the Kamuysaurus fossil in question or whether it walked on two legs or four. They say that it is also possible that it sported a flattish crest on its head.

The new species is considered one of the hadrosaurid duck-billed herbivore dinosaurs that lived near the sea. It is believed that the carcass of the animal was washed offshore and then sank to the bottom of the ocean. Living on the eastern extremity of East Asia some 84 million years ago, this species appears to have evolved independently.

Kobayashi believes that the discovery of Kamuysaurus japonicus will have a major impact on future dinosaur research. Many dinosaur fossils have been discovered from land-based soil strata, but those from ocean strata are few worldwide. Scientists hope that research on the new species will shed light on the coastal conditions during the period when it lived.

In addition, since Kamuysaurus was a contemporary of the world’s most powerful dinosaur Tyrannosaurus and the horned Triceratops, Kobayashi said, “We will be able to generate data concerning this heyday of the dinosaurs from here in Japan.”

Up until now, Japan’s dinosaur research had involved comparing specimens with full skeletons dug up overseas. So Japanese paleontologists have had to request help from abroad.

“In the future, the opposite will be true,” Kobayashi said. “Research will take place overseas in countries like China and Russia with Kamuysaurus as the standard.”

Although purely coincidental, Kamuysaurus was given its scientific name on September 6, exactly one year after the large magnitude 7 earthquake struck the eastern Iburi region of Hokkaido. Yoshiyuki Takenaka, mayor of Mukawa, said, “With our town trying to recover, we can’t help but feel that the Mukawa Dragon being resurrected from the past and getting a scientific name was destined to be.”

Despite the species’ fancy new Latin moniker, it would appear locals still refer to it as the Mukawa Dragon.

With the discovery of dinosaur fossils in various locations in Japan in recent years, Japan has come to be recognized as a dinosaur kingdom in its own right. If dinosaur eggs are counted, then discoveries have taken place in 18 different prefectures.

Nevertheless, for the most part the discoveries consist of small fossilized fragments, such as teeth and backbones. The Mukawa find of a nearly complete Kamuysauris skeleton is the largest such discovery in Japan to date and of the utmost importance for Asia as a whole.

“There was a preconception that Japan would only produce fragmentary fossils, such as those we had found up to now,” Kobayashi explained. “We’ll now continue to excavate, knowing that we might find complete specimens.”