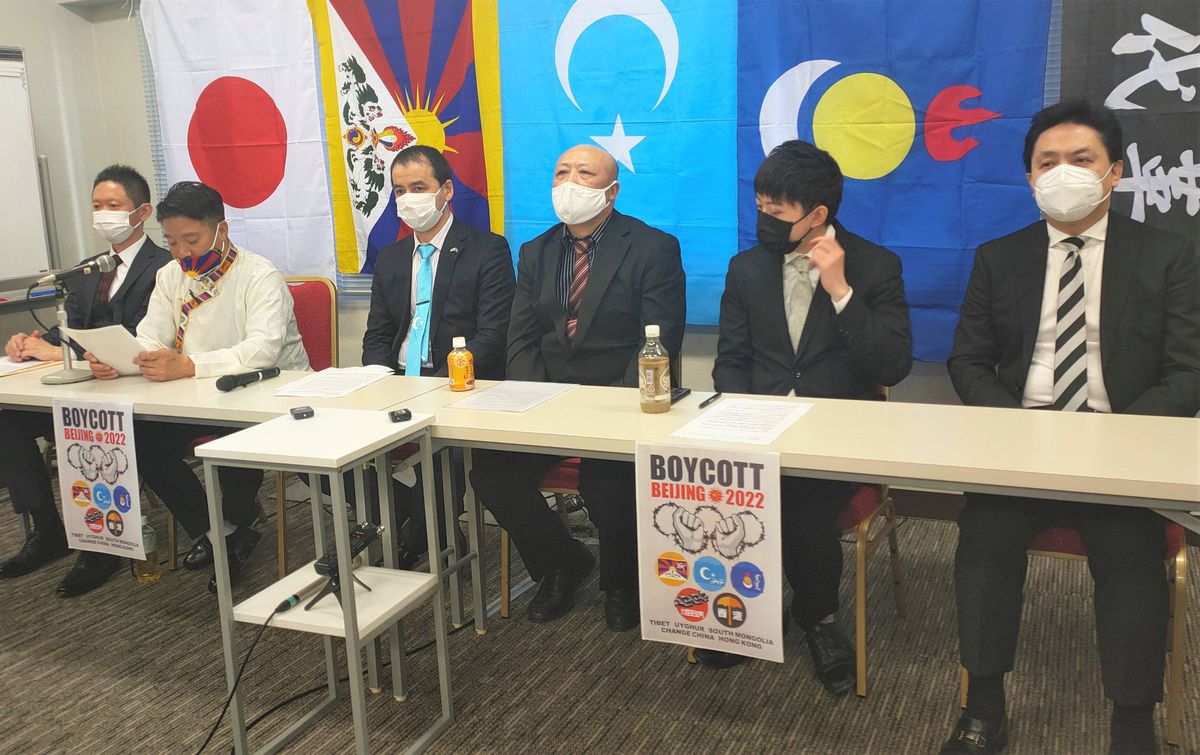 As the world edges toward the 2022 Beijing Winter Olympics, which will kick off on February 4 next year, public pleas to diplomatically boycott the event are gathering pace in the West.

This is largely because China’s human rights violations, such as its pro-democracy crackdown in Hong Kong and oppression in Xinjiang, go completely against the spirit of the Olympic Charter.

Yet despite this, there was a notable lack of discussion this summer by the Japanese government and ruling parties about boycotting Beijing 2022, as Tokyo 2020 unfolded.

“(Unless the human rights situation in China improves), then surely the all-party parliamentary group has to decide, at the very least, that Japan will diplomatically boycott Beijing 2022,” said the LDP’s Shigeharu Aoyama in a meeting held within the Diet on August 26.

Later, William Lee, a pro-democracy activist and Hong Kong native in Japan – who was also at the meeting – told journalists: “The fact that Mr. Aoyama made that statement, in the face of a possible dangerous backlash from the Chinese authorities, gives me the strength to continue with my activism.”

The 1936 Berlin Olympics, which took place in Nazi Germany, enhanced the legitimacy of the Nazi regime and furthered the persecution of Jews.

Regarding the 2008 Beijing Olympics, the Chinese government promised in 2001 to improve the human rights situation in China. But instead, the persecution in Hong Kong and against the Uighur people continued to get worse.

In July this year, the European Parliament adopted a resolution requesting member nations to boycott Beijing 2022 unless the human rights situation in China improves.

The British House of Commons took similar action around the same time. Moreover, the U.S. Congress has united on the issue, with more and more people requesting that the host venue be changed from Beijing.

“They are using the human rights issue to put China down. They are trying to destroy the Beijing Winter Olympics,” said a Chinese Foreign Ministry spokesperson.

Yet, in Japan, there are very few people like Mr. Aoyama, who are willing to publicly express their doubts about China hosting the Winter Olympics.

In a news conference held on August 10, Chief Cabinet Secretary Katsunobu Kato commented on a possible diplomatic boycott of Beijing 2022, stating: “On the subject of whether to send athletes and VIPs, nothing has been decided yet.”

The LDP’s Foreign Affairs Division has occasionally mentioned the idea of a diplomatic boycott, but serious discussion on this issue is likely to take place after the next House of Representatives election.

This reportedly stems from a lack of urgency over China, exemplified by the decision to delay a resolution condemning China’s human rights record after the ordinary session ended in June 2021.

Meanwhile, conservative LDP lawmakers who are concerned about China’s expansionism have remained relatively quiet on the issue. Many were focused instead on trying to make the Tokyo Olympics and Paralympics a success during the COVID-19 pandemic.

In February this year, when Uighur activists based in Japan held a meeting in Tokyo, the participants called for Japan to boycott Beijing 2022. The activists also asked a veteran LDP politician to attend, but that politician apparently declined.

“The genocide that is taking place in Xinjiang must be stopped. However, because the meeting took place at an awkward time, during the buildup to the Tokyo Olympics, I chose not to go,” said the politician.

Some commentators think that Japan refrained from provoking China due to a concern that Beijing might have retaliated and sabotaged Tokyo 2020.

Inner Mongolians living in Japan can relate to this line of thinking. In an interview with the Sankei Shimbun, a senior member of the Southern Mongolia Congress revealed:

“Our organization has also held back from campaigning to boycott Beijing 2022 out of a concern that the Chinese government might sabotage Tokyo 2020. However, China – which continues to carry out genocide – has no right to host the Olympics. We want Japanese politicians to raise this issue after the Tokyo Paralympics.”

China seems to be sensitive about the possibility of Japan talking more and more about boycotting Beijing 2022.

“It brought excitement again to a world that has been struggling due to COVID-19.”

These were the words uttered by the Chinese Ambassador to Japan, Kong Xuanyou, during a symposium in the Diet on July 30, in reference to Tokyo 2020, which had kicked off on July 23.

Although there were no incumbent lawmakers at the symposium, it is extremely rare for a Chinese ambassador to give a talk in the Diet.

“By expressing congratulations in the Diet, right in the middle of the Tokyo Olympics, it was effectively a political message asking for cooperation to help make Beijing 2022 a success,” explains one security-related official.

The Principle of Reciprocity

With countries around the world discussing how Beijing 2022 should be approached, Japan is currently being pressed to express its intention as well. If Japan decides to link up with Western nations and boycott the tournament, China could react by imposing economic countermeasures.

In July, Gou Zhongwen, China’s Director of the State General Administration of Sports, was sent to attend the Opening Ceremony of the Tokyo 2020 Olympic Games.

“For Chinese President Xi Jinping, the success of Beijing 2022 is crucial from a political perspective. No doubt he will want leaders from various countries to attend the tournament (at the opening ceremony etc.),” said the LDP’s Masahisa Sato in an interview with the Sankei Shimbun.

Sato added: “If world leaders do not attend, then China will consider that as being the same as a diplomatic boycott. However, if we follow the principle of reciprocity, then Japan has absolutely no obligation to send the prime minister to Beijing 2022.”

There are fears that, after Beijing 2022, the Chinese government will ignore calls from the international community and reinforce its practices of oppression.

“Both Japanese athletes and politicians have a duty to tell China to stop trampling on human rights,” said the LDP’s Yoshiaki Harada in an interview with the Sankei Shimbun.

(Find access to the Sankei Shimbun article in Japanese at this link.)