DRUM TAO: Traditional Taiko Band Finds A Home in Tokyo — and the World 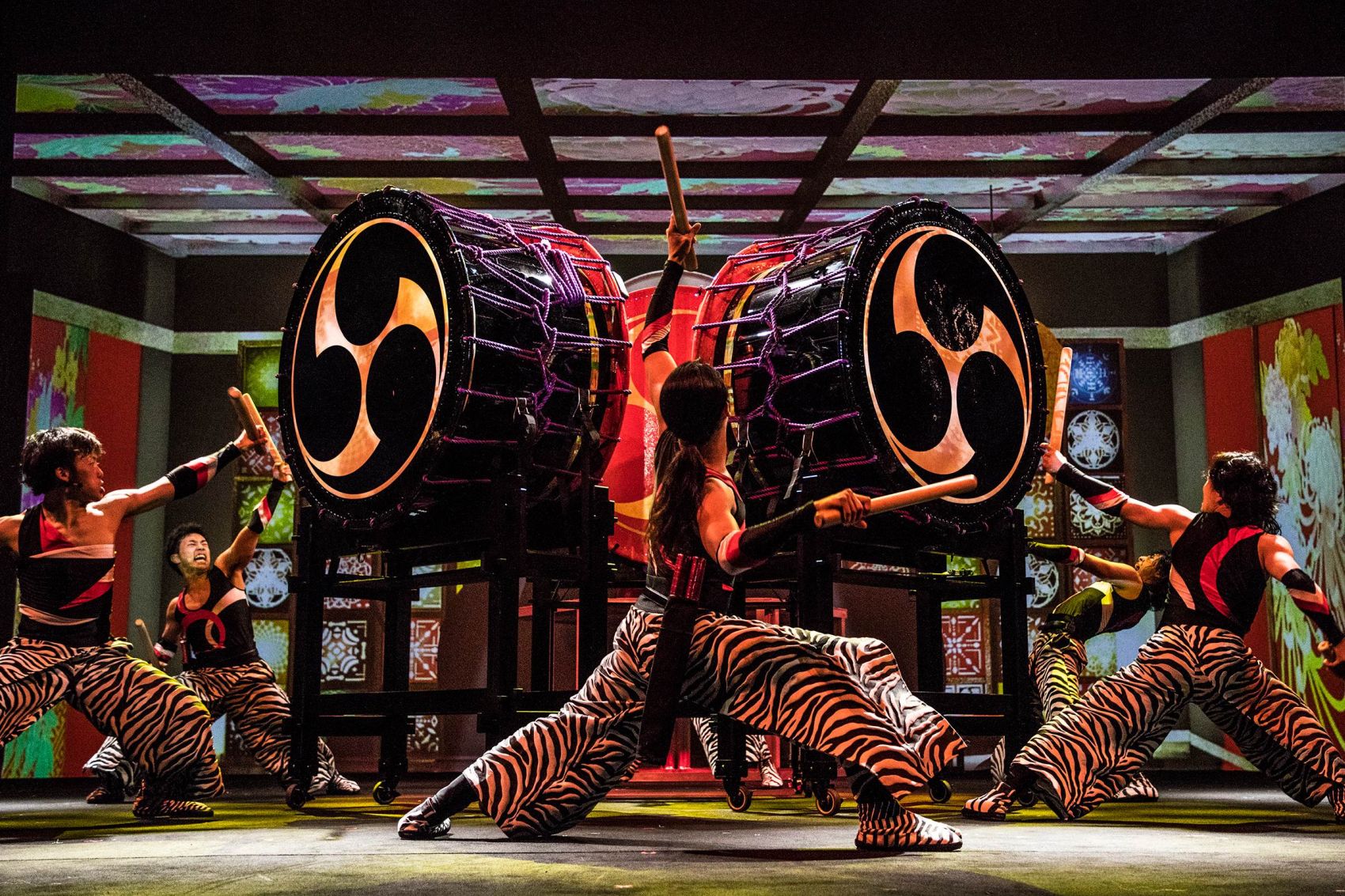 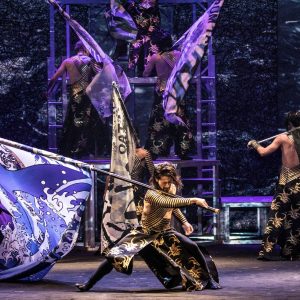 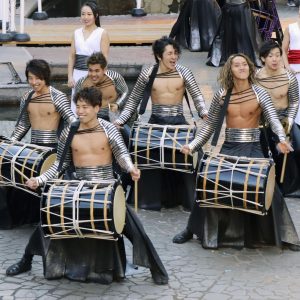 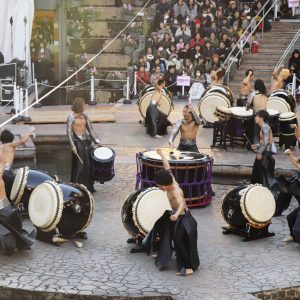 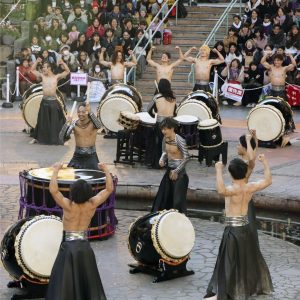 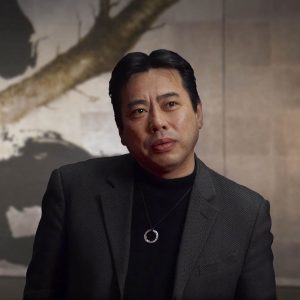 Taiko folk music band DRUM TAO is a hot topic these days. From April, the band will have a permanent performance spot in Tokyo’s Yurakucho neighborhood, performing to a rapidly increasing foreign fanbase.

Traditional taiko drums and state-of-the-art visuals have been combined in the show, which seems to suit foreigners’ tastes. “We want to make Tokyo like Broadway — a place where people from all over the world come to enjoy Japanese stage art,” said DRUM TAO stage director Ikuo Fujitaka.

Recently, the taiko band also performed at Bunkamura Orchard Hall in Tokyo’s Shibuya district with a new show entitled “RHYTHM of TRIBE~Space Time Travel~FINAL.” The performance is a story which takes young people back in time to experience ukiyo-e (art block prints from the Edo era), renjishi (kabuki dance), and oiran (female courtesan) parades to get a feel for the roots of Japanese entertainment. It does so by using traditional Japanese instruments, such as the shinobue (Japanese flute) as well as acrobatic body movements projected on a screen.

TAO conveys tradition by promoting Japanese culture to the world through its “Cool Japan Strategy.” They have attracted attention not just from young people in Japan, but worldwide. Having performed in 26 countries so far, they received positive praise in reviews of their Off-Broadway show in the United States. One review noted that “they recognized the high standards necessary to pull off a show.”

In 2017, 28.69 million foreigners visited Japan. According to a study on Foreign Visitor Consumption Trends carried out by the Japan Tourism Ministry, 12.2% of them expressed a desire to watch a stage performance on their next visit to Japan.

DRUM TAO stage director Ikuo Fujitaka sits down with The Sankei Shimbun and JAPAN Forward to share how the band taps into this new trend.

First, a quick note about DRUM TAO. Your traditional folk image is strong, but TAO is an entertainment show focusing on performance, isn’t it?

We wanted to do something that would appeal to young people. I thought about what would be good, and what immediately came to mind was Cirque du Soleil, a Canadian performance group. Their acrobatic show, Mystère, was performed in Las Vegas, the birthplace of show business. There were taiko drums playing for the opening, and although they weren’t played very well, they looked good and the audience loved it. For some reason, it left a strong impression on me. I realized there was no need to get hung up on traditional costumes like Happi and Hachimaki.

DRUM TAO is gaining popularity abroad and goes on overseas tours regularly. However, your last North American tour was harshly criticized for being “boring.”

I thought putting on an enthusiastic performance would be enough, but it wasn’t. It was painful and I cried for a long time after that. I realized that just playing good music wasn’t going to be enough to move an audience. It had to be visually impressive to be enjoyable.

Since then, we started to concentrate on giving ourselves a cool look — for example, asking designer Junko Koshino to make our costumes — and adjusting our performance style accordingly. It’s not just about creating a new outer appearance. We’re also searching for new musical styles and expression. We started collaborating with other musicians, such as Amon Miyamoto from the reggae group Shonan no Kaze. Thanks to these influences, TAO has continued to grow.

From April, TAO will have a permanent performance slot on the Kaleidoscope Stage in Yurakucho’s Alternative Theatre. What kind of beautifully-imagined Japan are you planning in this collaboration with digital content creators Team Labo (Chiyoda district, Tokyo)?

The visual art Team Labo creates comes from a world so mythical it can only be imagined. A lot of work goes behind it, so that it fits perfectly with the TAO performance. It’s easy to get consumed by the show, and the process can get unbelievably complicated, but it’s all worth it when you look at the final product. Putting taiko drums and the visual art show together gives both a new life. I don’t think there’s any other group like it. They’re at the forefront of self-awareness.

What about your goals for the future?

Our ideal is to create a taiko version of Cirque du Soleil, which is a sophisticated take on the once-rustic image of a circus show, and the world is loving it. From a management point of view, it works. Performers have their basic necessities cared for, like a town providing hospitals and restaurants. They’ve built up a big team of performers who can be sent to perform in various locations around the world.

In terms of management, is TAO using Cirque du Soleil as a business model?

It’s been 26 years since we formed. Our band has 44 members (as of January 2019) who are split into 3 teams. A-team tours the country, K-team performs on the permanent [stage] slot, new recruits are being formed into G-team.

There are plans to create a folk village in Takeda City, Oita prefecture, to use as our base and establish a foundation for G-team in order to have TAO performances going on all the time. In any case, like Cirque du Soleil, we would provide performers at the base with basic necessities and have them ready to send to perform all around the world.”

From April, DRUM TAO will have a permanent performance slot in Tokyo’s Yurakucho area which is expected to draw in a large crowd of foreigners and spread the word about TAO. Does this come close to TAO’s goal?

I think so. For example, Broadway in the USA attracts people from around the world. Like Broadway, it’d be good to establish our permanent stage as a place where people can enjoy Japanese Stage Art. Forty million visitors are expected to visit Japan for the 2020 Tokyo Olympics — it’s a fantastic opportunity for us.