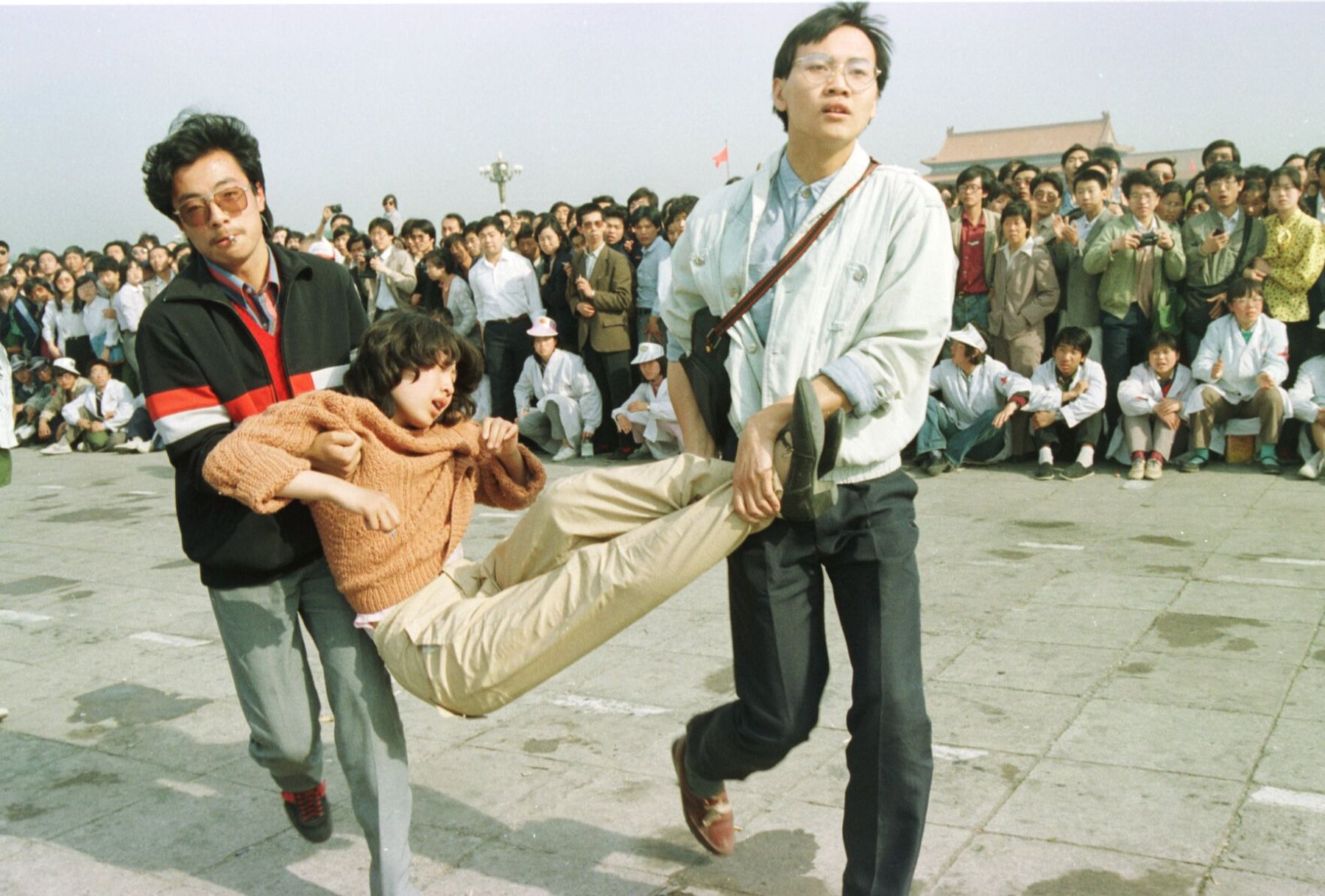 June 4 marked the 32nd anniversary of the Tiananmen Incident in which the People’s Liberation Army indiscriminately cut down Chinese citizens including students who were peacefully demonstrating for democracy.

The Xi Jinping regime has silenced anyone in mainland China or Hong Kong who dares call for the actual facts of the incident to be investigated. There is now concern that, as the 100th anniversary of the founding of the Chinese Communist Party (CCP) in July of this year approaches, the suppression of dissent will only intensify.

RELATED: ‘Rejuvenated China’? For Its 1.39 Billion People, That Should Begin with Democracy

How many victims were there from the time darkness fell on June 3, 1989 until sunrise the following morning?

At the time of the incident, the Chinese government announced that only 319 people had died. But independent estimates range from several thousand to ten thousand.

Citizens of Beijing were eyewitnesses to tanks running over students and PLA soldiers indiscriminately and repeatedly firing their automatic weapons at anyone they saw. It is only natural that even now people should demand a thorough investigation of what really happened in the Chinese capital.

While mourning the martyrs of Tiananmen, the Tiananmen Incident should not be regarded merely as an historical tragedy.

The indiscriminate massacre of unarmed civilians is not the only crime the CCP is guilty of. And the Tiananmen Incident is not the only example of gross abuse of power by the CCP. Even now, some within the party deny the incident ever took place.

Meanwhile, China’s human rights abuses are rampant as the party confines family members of the slain and democracy movement activists in an effort to silence calls for a real investigation of the incident.

It seems fair to say that what took place on June 4, 1989 and what has taken place since are simply two sides of the same coin. The actions cannot be forgiven.

A candlelight vigil to remember the Tiananmen Incident was scheduled to take place in Hong Kong’s Victoria Park on June 4, as memorial ceremonies had for three decades. But just as they did last year, the Hong Kong police banned people from gathering. The government of Hong Kong went even farther by “temporarily” shutting down the June 4 Memorial Hall, which displays relics from the Tiananmen Square incident.

Democratic Japan must not remain silent as its neighbor China continues these abuses.

Rather Japan should learn from the failure of its diplomacy vis-à-vis China in the wake of the Tiananmen Incident. Newly declassified Foreign Ministry documents that were made public last year have revealed that officials were adamantly opposed to joining other Western nations in sanctioning Beijing for the June 4 crackdown.

Japan’s leaders at the time deemed such an approach “to not be wise policy from a long-term, broad perspective.” It is shameful that they adopted such a cavalier disregard for human rights.

The Japanese government went on to assist China in rejoining in full international society, even though the leaders in Beijing showed no remorse for its actions in Tiananmen Square.

The Biden Administration has labeled the U.S.-China rivalry as emblematic of a 21st century battle between tyranny and democracy, and as such has adopted a foreign policy stance emphasizing human rights.

Furthermore, the United States and European countries have imposed sanctions on Beijing for its repression of Uyghurs, but once again the Japanese government has gone its own way and not joined in the sanctions.

Such a stance is unacceptable.

Prime Minister Yoshihide Suga and the Japanese Diet should not only demand a full investigation of what happened during the Tiananmen Incident, but should also take positive measures to stop the clampdown on human rights taking place in China today.