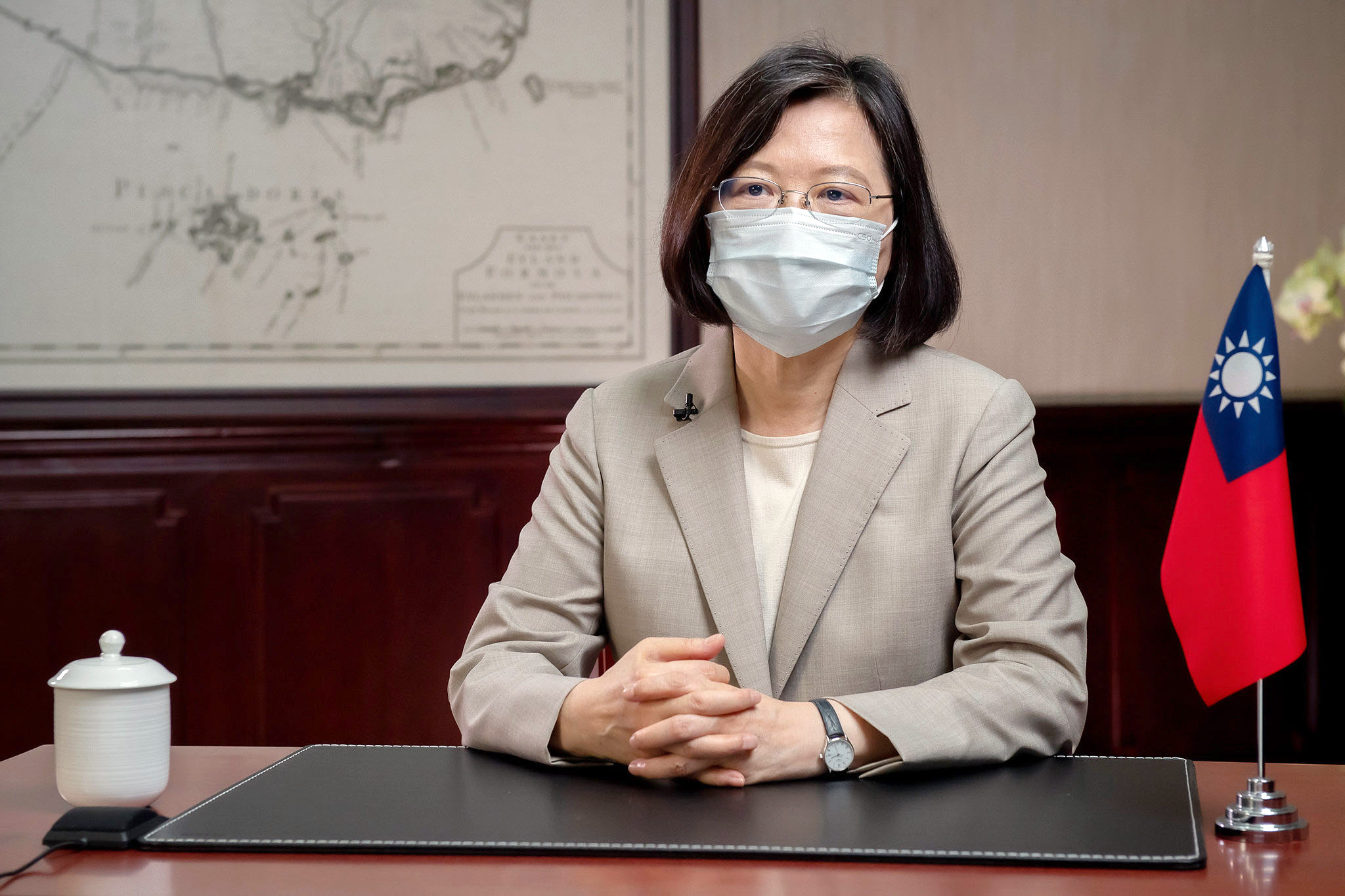 “We are so grateful, it almost cannot be put into words.”

This was Taiwanese President Tsai Ing-wen’s tweet, in Japanese, on Friday, June 4, after Japan’s donation of 1.24 million doses of the AstraZeneca vaccine arrived safely in Taiwan.

This came as President Tsai herself had blamed China for interfering in negotiations between Taiwan and BioNTech, co-maker of the Pfizer-BioNTech vaccine, thus preventing Taiwan from securing sufficient vaccines for its 23 million population.

As of June 4, Taiwan has also refused to accept the alternate China-developed vaccines Beijing tried to push onto the self-governing island. The Chinese government has condemned the move, saying in a statement that “accepting safe and well-stocked vaccines developed by the mainland can help contain the virus.”

The COVID-19 pandemic has brought to the fore how diplomacy can have a vital impact in times of a world health crisis. Perhaps fittingly on June 3, on the cusp of the 32nd anniversary of the Tiananmen square massacre, Jaushieh Joseph Wu, Minister of Foreign Affairs of the Republic of China (Taiwan), discussed the issue with the press in an online media briefing at the Foreign Correspondents’ Club to Japan (FCCJ).

Minister Wu lauded Japan’s idea of sharing the vaccine, saying: “Taiwan and Japan have always been very good partners. And in times of difficulties, we always try to reach out to each other.”

RELATED: The Inside Story of Japan’s Donation of 1.24 Million Vaccine Doses to Taiwan

The conversation at the press conference centered around vaccines, but Wu made it clear that the core of the issue was China’s attempt to control Taiwan as Beijing aggressively pushed to expand its territories. Wu called on the world to support Taiwan in its fight to maintain its self-governing status at the front line of China’s aggression.

“The Chinese regime is exploiting all means possible to induce clashes just below the threshold of a major war. The situation is worsening around Taiwan. The military threat, coercion, infiltration, influence operation, raisel tactics, and massive disinformation campaigns are all designed to erode the public support of democratic institutions,” Wu said.

Then he added, fiercely: “Ladies and gentlemen, you and I are in the same boat in this battle to safeguard democracy and freedom of speech. You can count on Taiwan to fulfil its responsibility to the world.”

Wu explained Taiwan’s vaccine supply issues, saying it was the topic of the hour in his country. He said that, as he spoke, car horns were honking outside the government building in Taipei, demanding that the people of Taiwan have the right to be vaccinated.

He added, however: “The bottleneck of vaccines coming to Taiwan is an issue many countries in the world are facing. [However] Taiwan is facing a very unique situation. And it’s just not a public health issue. It’s also a national security issue.”

Taking a swipe at China, he said: “From what I have observed, vaccine diplomacy is creating divisions within countries as they scramble to curb the pandemic, and it gives the Chinese government an opportunity to exert its influence in the Western Hemisphere.”

“As we speak,” he added, “China is providing quick access to the Chinese-made vaccines, anti-pandemic resources, as well as development funding to those who are willing to accept political partnership with Beijing.”

Taiwan is getting set to roll out its own indigenous vaccine, but the minister explained this would not happen before July 2021.

Wu’s message was also directed at international players: “We hope that the international community, the providers of vaccines, will look at this situation in a more serious way.”

This comes on top of the international community bending to China’s pressure to block Taiwan’s participation in COVAX, the initiative co-led by the Global Vaccine Alliance (GAVI), Coalition for Epidemic Preparedness (CEPI), and the World Health Organization (WHO) seeking to pool vaccines to share with countries all around the world.

“In the COVAX meetings last year, we also offered to contribute and to work together. But, unfortunately, China seems to be trying to block Taiwan’s participation. This is most unfortunate, as we always try to help the international community,” Wu said. “We tried to provide funding to fight Ebola, we tried to provide funding in the fight against other public health crises in other parts of the world.”

Role of the World Health Organization

One key background point is that Taiwan identifies itself as separate from China. It has its own functioning system of democratic self-governance and is a separate jurisdiction with its own passport, currency, immigration system, and so on.

But due mainly to China’s diplomatic interference, Taiwan is currently recognized diplomatically by only 15 countries. By extension, Taiwan has been excluded from international organizations, such as the United Nations, and in turn, the WHO.

“It’s not fair to the Taiwanese people,” Wu argued. “We have 23 million people living in Taiwan, and therefore we are entitled to participate in the WHO just like any other nation.”

“Second,” Wu continued, “we can also contribute to the international community on the health issue.”

These words ring especially true if we consider Taiwan’s effective handling of the pandemic, which has gathered a lot of international media attention. Until recently, Taiwan’s containment measures managed to keep daily infections in the two-digit range, while other countries sometimes experienced hundreds of thousands of new infections a day.

Taiwan was the first to report to the WHO the detection of “a virus similar to SARS” in the Wuhan area of China as early as December 2019. It had experience with the SARS epidemic in 2003, and upon discovering the new strain promptly sent inquiries, asking for more information.

Mr. Wu reflected ruefully: “We sent information to the WHO, but they never responded. That was unfortunate.”

Despite being ignored by WHO, Taiwan was among the countries providing personal protective equipment and masks to other countries while the pandemic was in full swing in 2020.

The Taiwainese foreign minister used the opportunity to lobby for Taiwan’s inclusion in the international organization: “This year alone, more than 3,000 parliamentarians across the world are calling for the WHO to include Taiwan. Once there are enough countries in the world pressing WHO to include Taiwan as a member or as an observer, I think it will happen.”

The Elephant in the Room: China

The role of the WHO highlighted how much of the conversation was based on pressure from China, even in realms apart from public health.

The current Taipei government led by President Tsai Ing-Wen was first elected in 2016. Her second victory in particular, in January 2020, has been viewed as a landslide victory in favor of democracy and in opposition to China.

Wu explained the pervasiveness of China’s influence: “In parts of Europe, Africa, and South Asia, ‘The Belt and Road’ initiative gave the Chinese government the means to exercise its influence, but it also left a trail of debt, corruption, and erosion of democratic governance.”

China’s actions seem even more shocking if we consider its holistically poor human rights record in several regions around Asia. “If you look at what happened in Xinjiang, in Tibet, and also in Hong Kong, we are seeing the situation is deteriorating,” Wu explained.

He reflected gloomily: “Hong Kong used to be seen as a beacon of freedom, and a model free economy in East Asia. But after the national security law (imposed in June 2020), I think all that freedom is gone.”

Wu said, “The most important of all is to allow freedom to be restored in all this region, so that people can go on [living] their lives without political persecution.”

Minister Wu continued: “We in Taiwan understand our responsibility not only to protect our sovereignty, but also to safeguard that free and democratic Taiwan does not fall into the hands of authoritarians.”

‘If There Will Be War, We Will Fight It’

What was most striking in the words of Minister Wu was the tone: it was that of a politician who was acutely aware of the threat from China, and was ready to fight it.

At the same time, Wu’s stance against Taiwan’s powerful neighbor was equally firm: “We don’t envision a war with China in the near future. However, Taiwan views its own defense as its own responsibility. So if there’s going to be a war between Taiwan and China, we will fight the war ourselves. If other countries will come to our aid, that will be highly appreciated. But we will fight the war for our own survival and for our future.”