EDITORIAL | Beware, North Korea Can Twist Its Olympics Absence to Put Japan in a Bad Light 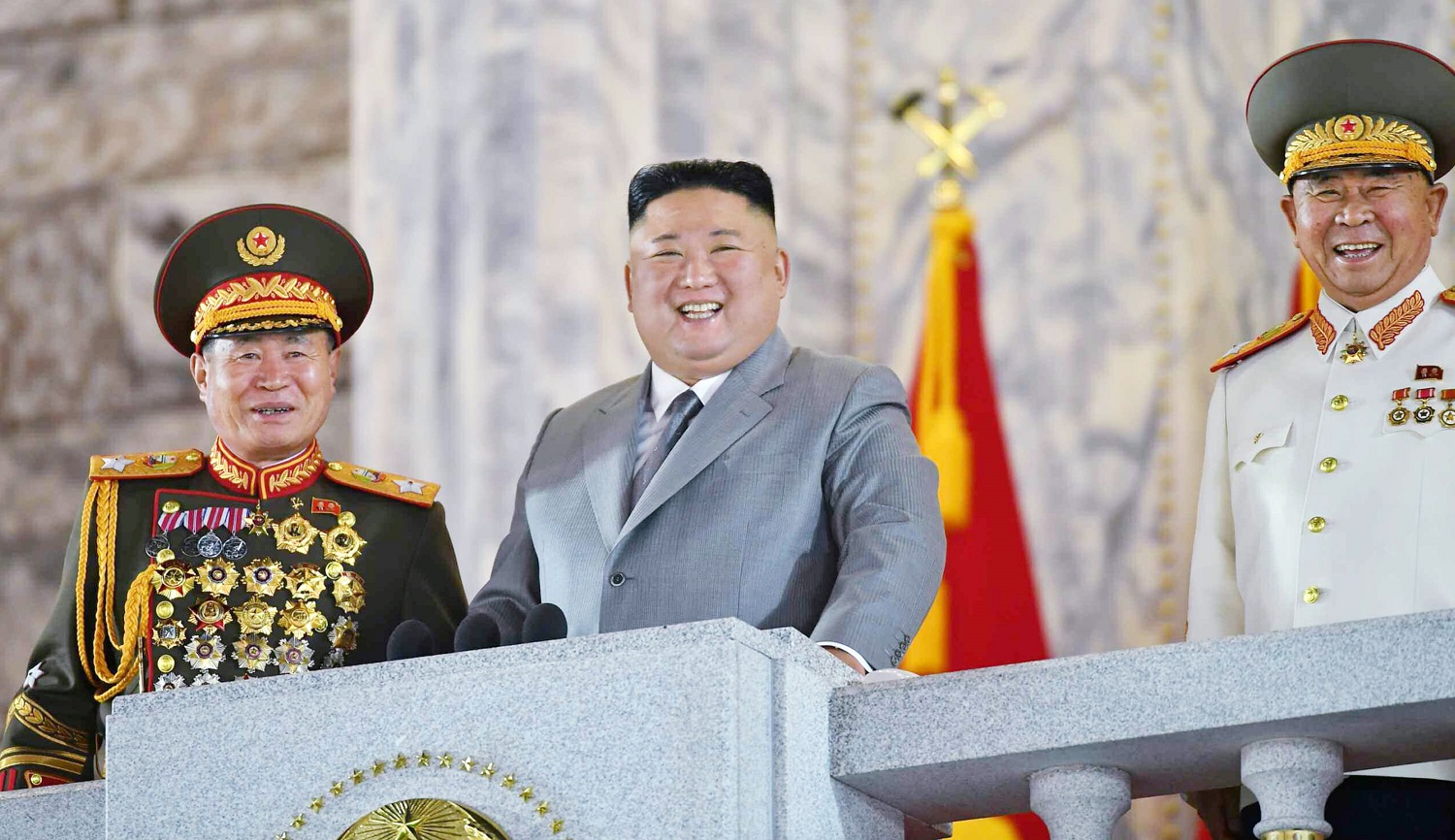 North Korean leader Kim Jong Un showing off his weapons at a military parade held in the middle of the night on October 10, 2020.

Now is the time to take steps to prevent Pyongyang from using the Tokyo Olympics for political purposes and prevent its decision to sit out the Olympics from having a ripple effect. The government should make sure it has left no opening for North Korea’s global grandstanding by doing everything it can to create an atmosphere in which athletes from all participating nations can compete with confidence and peace of mind.

According to recent reports, Pyongyang is suffering from acute shortage of supplies, leading diplomats from various countries, one after the next, to join an exodus from the city.

Negotiations between North Korea and South Korea to field a joint team for some events and for the delegations from both countries to march together in the opening ceremony have not progressed at all since the breakdown of the second U.S-North Korea summit meeting in February 2019. Furthermore, with North Korean athletes keeping their distance from international sporting events, some observers had assumed that Pyongyang would pass on the Olympics.

These predictions were based on conditions in North Korea itself. Nevertheless, we should not forget that the North Korean leadership has a history of tying such circumstances to its brinkmanship diplomacy.

North Korea has been widely criticized recently by the international community after firing two ballistic missiles on March 25. Now Prime Minister Yoshihide Suga is set to meet with U.S. President Joe Biden on April 16, with the issue of North Korean abductions and the situation inside that country among the topics to be discussed.

We need to bear these points in mind when considering the timing of Pyongyang’s announcement that it will not take part in the Olympics.

We also need to recall the lessons of its past history.

At the time of the 1964 Tokyo Olympics, a North Korean team arrived in Japan, even though the International Olympic Committee had disqualified them from participation. However, after the IOC turned a deaf ear to their requests to have the ban reversed, the Organizing Committee was informed two days before the opening ceremony that the “entire delegation” had gone home.

Despite the confusion this caused just before the curtain was to rise on the Olympics, the international sports festival was carried out without problems and concluded successfully.

Separately, the International Swimming Federation (FINA) has told the Japanese side that it intends to cancel the diving, artistic swimming, and marathon swim Olympic qualifying events scheduled to be held in Japan during April and May. The reported reason was that “[the Japanese government] has not taken the measures needed for the events to be held.”

The biggest danger is that developments like this will be linked with North Korea’s announcement that it will not take part in the Olympics.

We should now gain the understanding of other participating delegations by explaining carefully and in detail the measures Japan is taking to deal with the coronavirus during the Olympics, including quarantine periods for athletes and restrictions on the number of attendees allowed to enter Japan.

Among these steps, we must also move with a sense of urgency to eliminate the delays in getting people vaccinated.

In other words, we need to do everything that needs to be done to be ready for the actual opening of the Olympics.