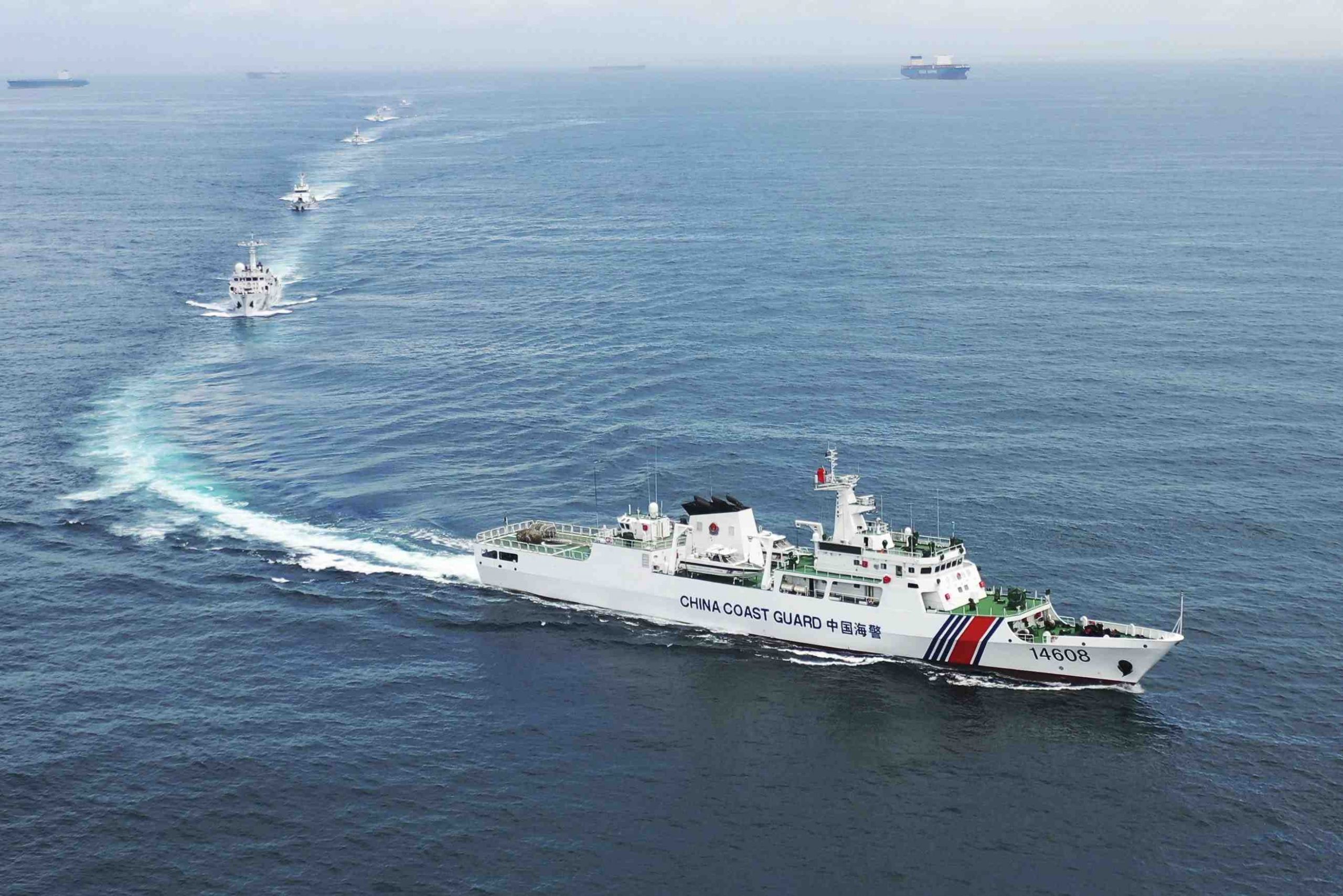 China’s new coast guard law, which took effect on February 1, spells out the authority of the Chinese Coast Guard. The CCG, which is directly under the control of China’s Central Military Commission (CMC) headed by President Xi Jinping, has accurately been described as “China’s second navy.”

There is now growing concern that, under the guise of acting as a law enforcement agency, the CCG will attempt to take over the Senkaku Islands or additional islands in the South China Sea.

The new Chinese law clearly violates international law and can be characterized as a tool to facilitate aggression by the Chinese government. China must rescind its coast guard law.

At the same time, in light of the heightened level of danger, Prime Minister Yoshihide Suga must come up with concrete policies to defend the Senkakus.

China’s new coast guard law authorizes the use of force against foreign groups or individuals who infringe upon China’s sovereignty or areas China claims are under its jurisdiction.

It also clearly authorizes the forcible removal of “illegal structures” in the ocean or on islands within waters under its claimed control, and the carrying out of “defensive [military] operations” if directly ordered to do so by the CMC.

The Chinese government contends that this law governing the conduct of China Coast Guard operations is completely in accord with international law and accepted international practice. Nothing could be farther from the truth.

The United Nations Law of the Sea Convention (UNCLOS), to which Japan and China are both parties, does not recognize the right of a maritime law enforcement agency to use weapons against public vessels belonging to a foreign nation.

In line with international law, Japan’s Coast Guard Law does not authorize the use of weapons against foreign public vessels.

The China Coast Guard Law, however, does allow the use of weapons against foreign coast guard patrol vessels. That clearly runs counter to international law.

What if China Coast Guard ships used shells or guns to attack one of our coast guard patrol ships? Or take the case of the lighthouse on Uotsuri Shima in the Senkakus, national property managed by and under the protection of the Japan Coast Guard. We have to be concerned that the China Coast Guard might land and destroy it.

Japan must declare to Beijing that it would consider the use of weapons against the Japan Coast Guard or landings on the Senkakus by the China Coast Guard to be military attacks violating Japanese sovereignty and not law enforcement acts, and that it is prepared to repel such aggression.

Although it needs to be strengthened, Japan’s Coast Guard is not a military organization. It would, therefore, be difficult for it to effectively respond on its own to an attack by the China Coast Guard.

For that reason, it is an urgent imperative that the Self-Defense Forces (SDF) have the mental readiness and force posture needed to respond to early-stage developments. That is the quickest way to reinforce deterrence against any aggression.

Some people are of the opinion that adoption of a clear stance by the SDF would be bad policy and be considered an escalation of the situation. However, such people should realize that if we blindly adhere to the position taken by the Japanese government in the past, before we know it, Japan will no longer be able to defend the Senkakus.

It is perfectly appropriate that Japan should bring up issues related to China’s new coast guard law at the Japan-U.K. Foreign and Defense Ministerial Meeting (2+2) and other such forums. We should enhance such diplomatic efforts to win the battle for international public opinion so that China’s violations of international law will not be tolerated.