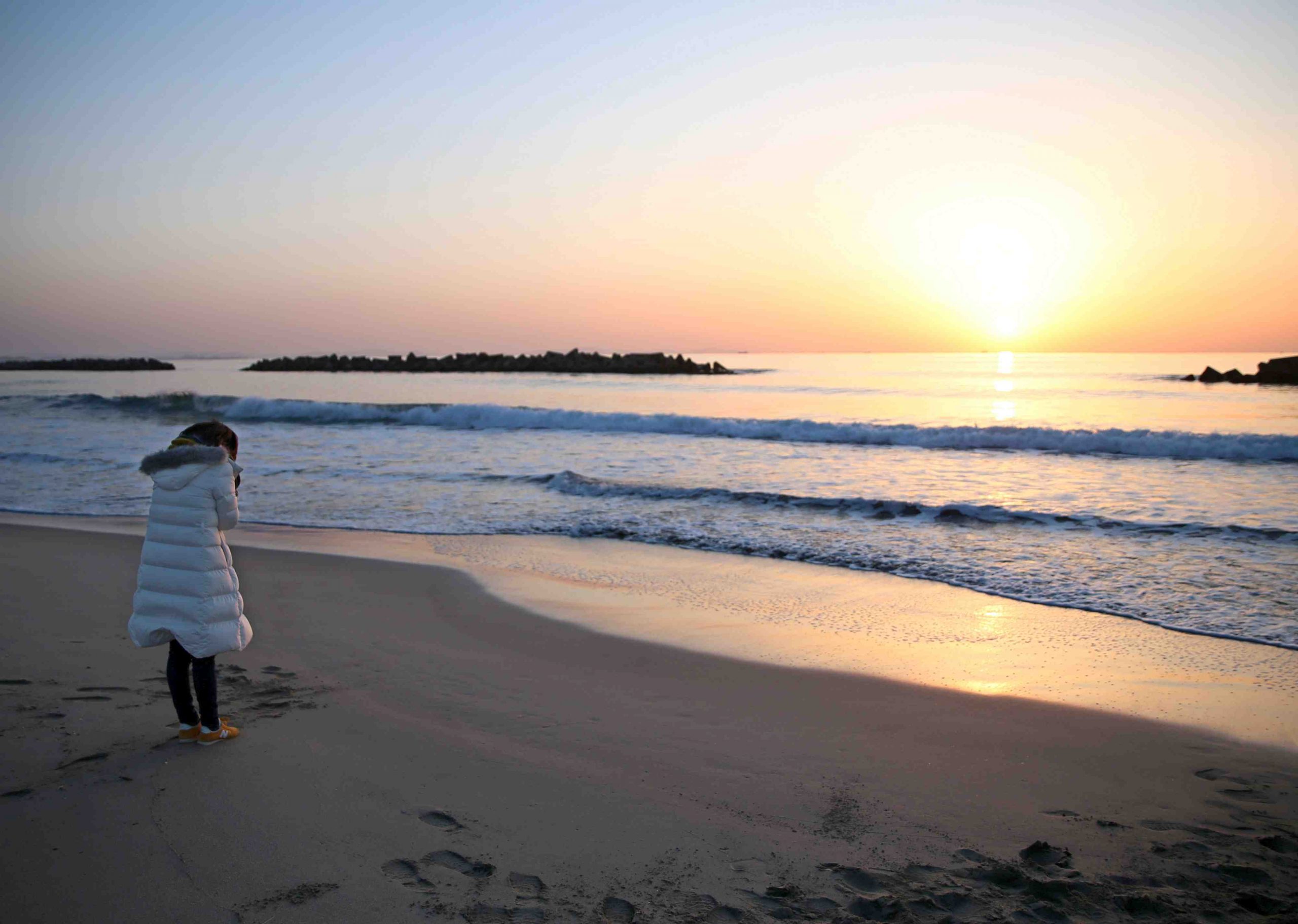 This editorial joins a series of articles marking the 10th anniversary of the Great East Japan Earthquake. What happened on the fateful March 11, 2011? What has happened since then? What does the future hold? Here we share the thoughts of people from many walks of life about this unforgettable tragedy.

The date March 11 has been marked once again.

On this day in 2011, a colossal Magnitude 9 earthquake occurred, followed by a giant tsunami. Centered in the Pacific Ocean off the coast of the Tohoku region, it devastated the coastal areas of Iwate, Miyagi, and Fukushima prefectures.

The deadly earthquake and tsunami also caused a complete loss of power at Tokyo Electric’s Fukushima No.1 nuclear power complex, leading to a severe nuclear accident.

Ten years have passed since then.

Additional deaths related to the disaster: 3,767

Truly, this date is a day of requiem.

It is a day for the living to consider the victims of this disaster, and to renew our determination to support the reconstruction of the disaster-stricken areas.

The meaning of March 11 has become weightier over the years.

In the past decade, major disasters, including the 2016 Kumamoto Earthquake in Kyushu and the torrential rains in western Japan in 2018, have caused many casualties.

Furthermore, the COVID-19 pandemic has cut off normal daily life and caused stagnant economic and social conditions since early 2020.

The reconstruction of the Tohoku region is all the more important as a result. The energy and resolve to carry this out will become a source of power to the nation, helping it rise above the natural disasters that will continue to hit the Japanese archipelago in the future, and to successfully weather such calamities as the COVID-19 pandemic.

Let us revisit the March 11 experience of the Arahama Elementary School in Sendai City, Miyagi Prefecture. Its crippled structure is open to the public as a relic of the disaster.

Seventy minutes after the megaquake, a huge tsunami struck the village of Arahama in the Wakabayashi district, 10 kilometers away from the heart of Sendai. It mowed down the windbreak pine forest along the beach, and swept away 800 homes, where 2,200 people had lived.

In the evacuation that followed, 71 students, 16 teachers, and 233 local residents moved to the four-story Arahama Elementary School building, 700 meters from the shore. Although the tsunami and debris reached the second floor of the school building, all 320 evacuees were rescued by helicopter and transported to safety.

The school had put a lot of effort into evacuation training in preparation for a major earthquake and ensuing tsunami, including collaboration with the locals. It is particularly noteworthy that the school reviewed its evacuation plans shortly after the Chilean earthquake and tsunami of 2020, and switched the evacuation location from a gymnasium to the school building.

The school made the judgment that there would be lower risk at the school building, which had an earthquake-resistant structure. The gym suffered serious damage in the 3.11 tsunami. Quite possibly, without the change of evacuation point, the lives of the evacuees could not have been saved.

At the time of the Chile earthquake in late February 2010, a major tsunami warning was issued for the three prefectures of Aomori, Iwate, and Miyagi, and a standard tsunami warning for the rest of the Japanese archipelago. The maximum height of the tsunami that was actually observed was only a little more than one meter, and few residents fled to evacuation centers.

The Japan Meteorological Agency (JMA) later apologized for overestimating the expected tsunami height and belated lifting of the warnings.

The memory of the Chile earthquake is considered one of the factors behind delays in evacuation in many areas affected by the Great East Japan Earthquake, as residents tended to think lightly of the JMA’s forecasts. Indeed, some of the quake sufferers in the Arahama area who were rescued by a helicopter in the 2011 quake were quoted as saying they had been inclined to downplay the agency’s warnings since the tsunami from the Chile earthquake was “only a meter or so” high.

In contrast, Arahama Elementary School did draw lessons from the Chile earthquake and improved its evacuation plan, leading to the success in saving the lives of all 320 people.

When a strong earthquake occurred just off Fukushima Prefecture on February 13, 2021, many people must have been reminded of the Great East Japan Earthquake. It is of essential importance for everyone to use the February 13 quake as an opportunity to renew our preparedness for disasters and personal resolve in order to save lives.

Getting Back to Normal Life

The Arahama district has been designated as a disaster risk zone. Although the earthquake debris has been removed and an earthen hill has been built for tsunami evacuation purposes, the district has not been restored to residential suitability. Infrastructure restoration of roads, the railway, and public housing for disaster victims have certainly made progress, but the task of restoring life to normal in the Arahama district, like many other quake-affected areas, has yet to materialize. Much still needs to be done to accomplish full reconstruction from the disaster.

Recovery and revitalization of normal life is a task common to the entire disaster-hit Tohoku region and the country of Japan as a whole. The responsibility to carry this out is not limited to the disaster-stricken towns and villages and their victims.

One of the most important issues that must be tackled is eradication of the harmful rumors that have hampered Fukushima’s recovery. Quelling these harmful rumors is a prerequisite to the revival of the country.

As is the case with discrimination and bullying, harmful rumors can be difficult to overcome, even if the victims struggle. Discriminatory treatment against COVID-19 patients and people engaged in their medical treatment, too, have these same roots.

Find articles related to the series, “3.11 Earthquake: Rebuilding” at this link.