Waiting for the Day When Hong Kong is Liberated 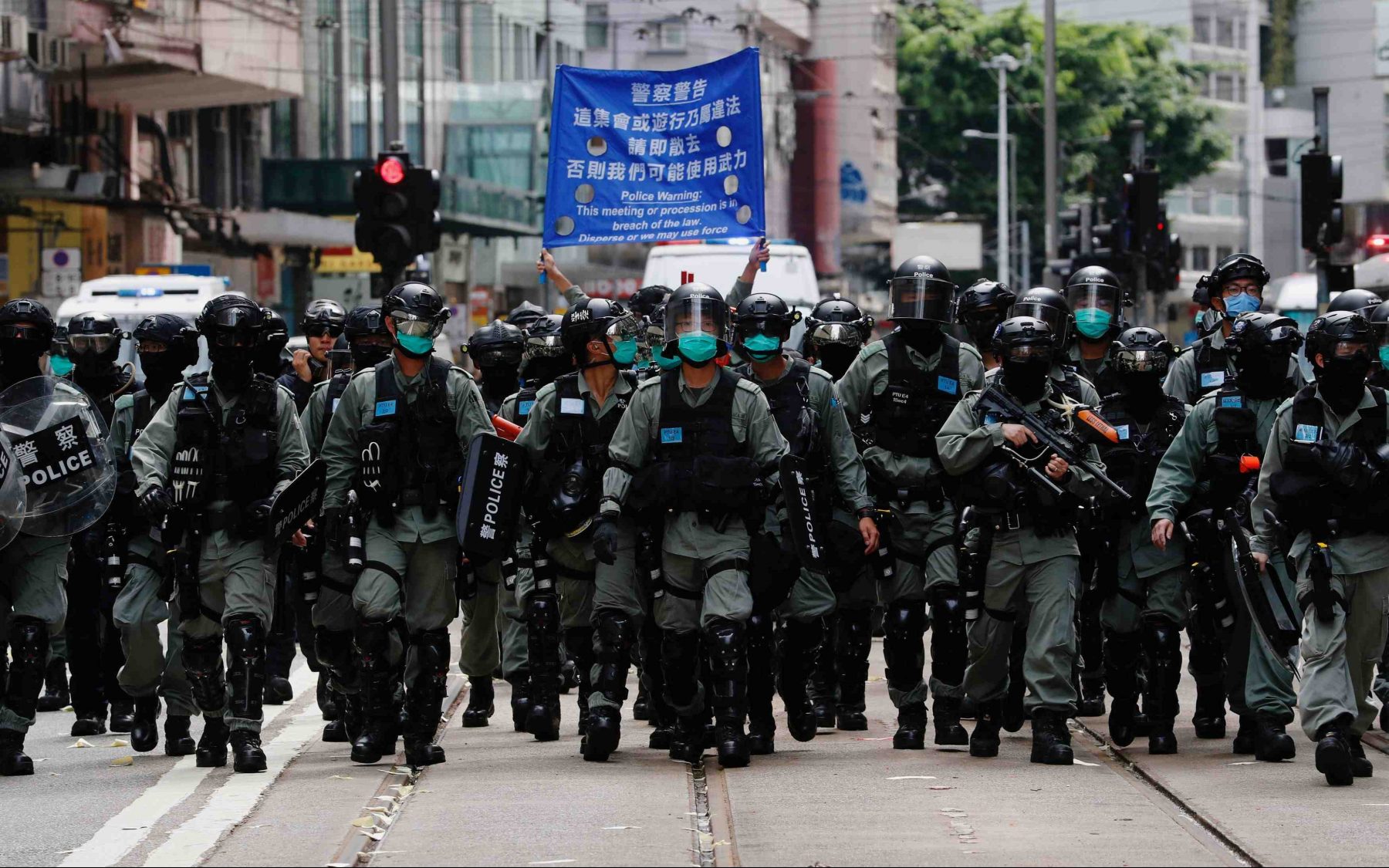 “Eating human blood buns” is a rather disturbing Chinese expression.

It is derived from an old superstition that eating buns covered with human blood is effective in treating lung disease. For that reason, some people would even bribe executioners to allow them to dip buns they had brought to the execution site into the blood of a freshly executed prisoner.

Nowadays it is used as a figure of speech to describe someone who benefits from the sacrifices of others. In Hong Kong it is used in reference to individuals who have cleverly engaged in behavior designed to profit from the misery of the innumerable young people who have been arrested for participating in anti-government demonstrations.

When I heard the news that I had won the Vaughn-Uyeda Memorial Prize, the lurid expression “eating human blood buns” was what flashed through my mind.

Recently news about Hong Kong has been pushed from the front pages by the coup d’état in Myanmar and the ongoing protest demonstrations that have followed. Images of security forces firing on unarmed protestors and young people whose white shirts are covered with blood have been broadcast worldwide.

The driving force behind the demonstrations in Myanmar are young people who had grown up in the heady atmosphere of freedom, after the transition to civilian rule in 2011, following decades of military dictatorship. They had stepped up to physically oppose the military regime’s stealing from them liberty and rights they had already come to consider their own.

In that respect they are similar to the young people in Hong Kong, who were in the forefront of the anti-government, anti-China demonstrations. Their generation was born around the time of the 1997 reversion of Hong Kong from Great Britain to China. In other words, the most stalwart supporters of the demonstrations hail from the generation that grew up in Hong Kong enjoying rights of free speech and assembly which were not recognized in China proper.

Leading members of the democracy movement, such as Joshua Wong (24) and Agnes Chow (24), belong to that generation.

A fundamental difference you can feel between their generation and preceding generations that were born during the British colonial period is that they consider Hong Kong their “homeland” that needs to be defended, and not just a temporary waystation in their life journeys.

I vividly recall what happened there on July 16, 2019, when I saw before my eyes a two-million-strong demonstration (according to the organizer’s estimate). Based on my experience I could not help but palpably feel the tragedy of Hong Kong.

You see, earlier I had been stationed in Beijing, the home base of the Xi Jinping regime, and had reported there on the crackdown against the Uyghurs in Xinjiang Province and other sensitive issues. I was therefore convinced that in the face of this strong rebuke of Beijing the “Xi leadership would not remain quiescent.”

Two days after the massive demonstration I had the opportunity to interview Anston Chan (81), who was formerly known as the “conscience of Hong Kong.” She had previously served as the number two official in the Hong Kong Government both under the British colonial rule and then for some time after reversion to China. And it so happened that at that time I was head of The Sankei Shimbun’s Hong Kong Bureau.

Since she had developed a reputation for not mincing words when dealing with the Chinese authorities, I asked her straight out for her honest impression of the demonstration.

“I think that demonstration reflected a feeling of hope,” she replied. “The burning love for their city displayed by the young people made me feel that there is no need to worry about Hong Kong’s future.”

Later, however, the peaceful demonstrations vanished, the city was enveloped in tear gas and the streets ran with blood. Then a little over one year after two million citizens of Hong Kong marched, the “invisible tanks” arrived to occupy the city.

On June 30, 2020, China’s national security law for Hong Kong took effect. In response, I immediately wrote a story with the title “The Death of Hong Kong.” Overnight the freedom that the people of Hong Kong had previously enjoyed was snatched away from them.

What has happened in Hong Kong since then?

Most democracy activists have been jailed, pro-democracy legislators have been stripped of their qualification to hold office, rights of free speech and assembly have been greatly curtailed, and “patriotic education” is being pushed in the schools…

Nearly all the democracy movement members I interviewed in the past have been arrested. Joshua Wong and Agnes Chow remain behind bars.

At the same time, there is another democracy movement activist I know who proposed marriage to his girlfriend on the very day that the new state security law took effect. The couple had vowed that they would go forward in life together come what may in the time of darkness for Hong Kong. That man still can be seen demonstrating on street corners.

“We must continue to live, to live, to survive.” There is another man I know, an advocate for Hong Kong independence, who is doing manual labor, keeping his mouth shut, waiting for the storm to pass.

Silence has descended upon the streets of Hong Kong. It is as if history has come to a standstill. But that does not mean that nothing is happening in the city. The day will surely come when the wheel of history again begins moving forward.

What is to follow the two-million-person march? Tragedy? Hope? History has not yet rendered its verdict.

Only when the day comes that I can write an article titled “Hong Kong Has Been Liberated” will I look with pleasure upon the award I have just received from my peers.

I refuse to eat buns soaked in the blood of the innocents.

(Read more of the author’s articles on Hong Kong and China in English at this link, and find this article in Japanese at here.)