EDITORIAL | Democratization the Key to Stopping Chinese Advances in Myanmar 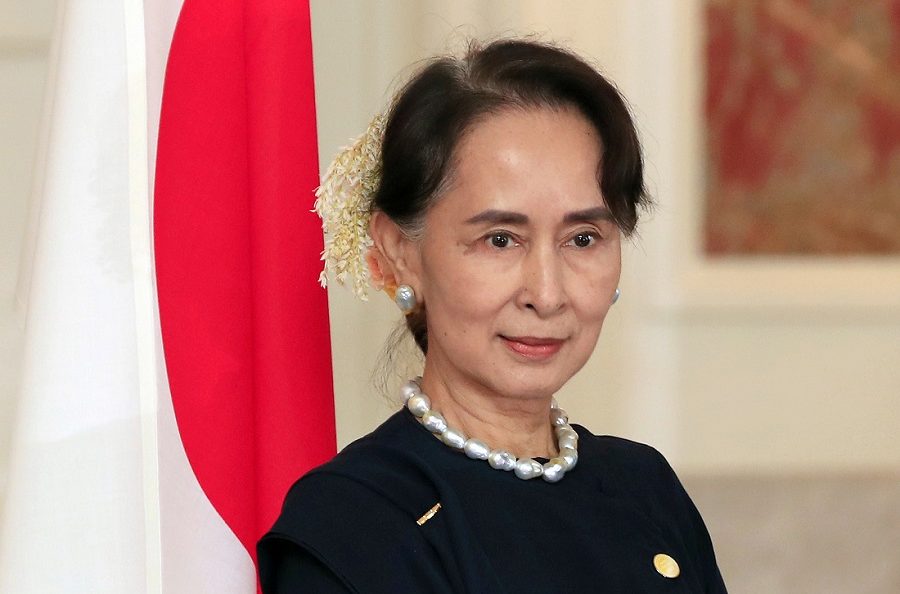 ~The nurturing of democracy in this nation of nearly 55 million people is critical if a “free and open Indo-Pacific” is to be realized.~

The country of Myanmar, located on the western flank of the Indochina Peninsula, is the geostrategic linchpin for the “free and open Indo-Pacific” concept championed by Japan, the United States and other nations. But the nurturing of democracy in this nation of nearly 55 million people, which was ruled by a military regime for over a half-century, is critical if this concept is to be realized and Chinese influence is to be kept at bay.

Myanmar’s second general election since the return to civilian rule took place in early November. The ruling National League for Democracy (NLD) party led by Aung San Suu Kyi garnered a more than 80 percent share of the parliamentary seats under the revised electoral system. That meant that the NLD by itself holds a majority of the seats, even though one-quarter of the parliamentary seats are reserved for the military under the country’s constitution.

The election was widely regarded as a referendum on Suu Kyi’s five years in power. Observers were expecting her to fare poorly at the polls because of her failure to deliver on her ambitious public promises, including making peace with ethnic minorities engaged in armed insurgencies. However, contrary to expectations the NLD actually gained seats.

Suu Kyi’s landslide victory likely reflected a rejection by the Myanmar electorate of a revival of authoritarian rule, as well her personal charisma. Support for the military-friendly United Solidarity and Development Party (USDP) fell compared to the last general election, and it was only able to pick up a handful of seats.

Under the military dictatorship, free speech in Myanmar had been thoroughly suppressed, and there was an outflow of talented individuals. Furthermore, sanctions imposed by Western nations took a severe toll so that Myanmar missed out on the explosive economic growth enjoyed by Thailand and several other Southeast Asian nations. 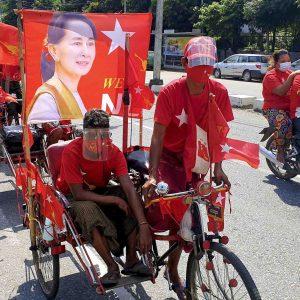 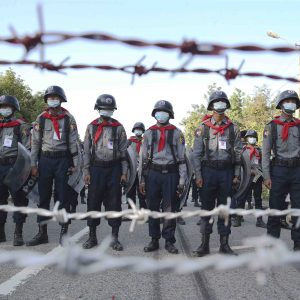 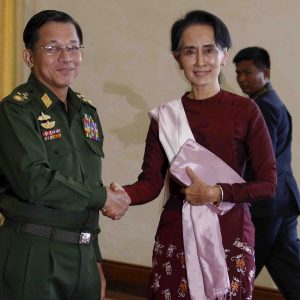 The greatest obstacles to democracy taking firm root in Myanmar are the one-quarter allotment of parliamentary seats and control of certain ministries by the military provided for in the constitution that was adopted while the military was still in power.

In light of the recent election results, the military should be willing to seriously consider constitutional revision.

Suu Kyi herself has been severely criticized in Western countries for her support of the military’s crackdown on the Rohingya Muslim minority, which has created some 700,000 refugees. In effect, she has been advocating democracy, even while supporting oppression.

We would hope that from now on Suu Kyi will strive to solve the Rohingya question while negotiating peace with the ethnic armed organizations, so as to create a united, democratic Myanmar.

Myanmar faces the Indian Ocean, and also shares a land border with China. From China’s perspective, it is an inviting gateway to the Indian Ocean. In fact, the two countries are already jointly pursuing a number of infrastructure projects related to the “China-Myanmar Economic Corridor,” as part of Beijing’s ambitious One Belt/One Road strategy.

China provided considerable assistance during the era when the military junta was in power. And today it vocally supports the Myanmar government’s response to the Rohingya question, saying this is purely a “domestic issue.”

China cannot be allowed to steadily insinuate itself into Myanmar and draw it into the authoritarian camp.

Consequently, the Japanese government should support the NLD administration and seek to promote democracy and reconciliation with Myanmar’s minorities.

At the same time, it is important to encourage the Myanmar military to distance itself from politics.