[Speaking Out] The RCEP is Signed, Despite Mixed Thinking of Parties 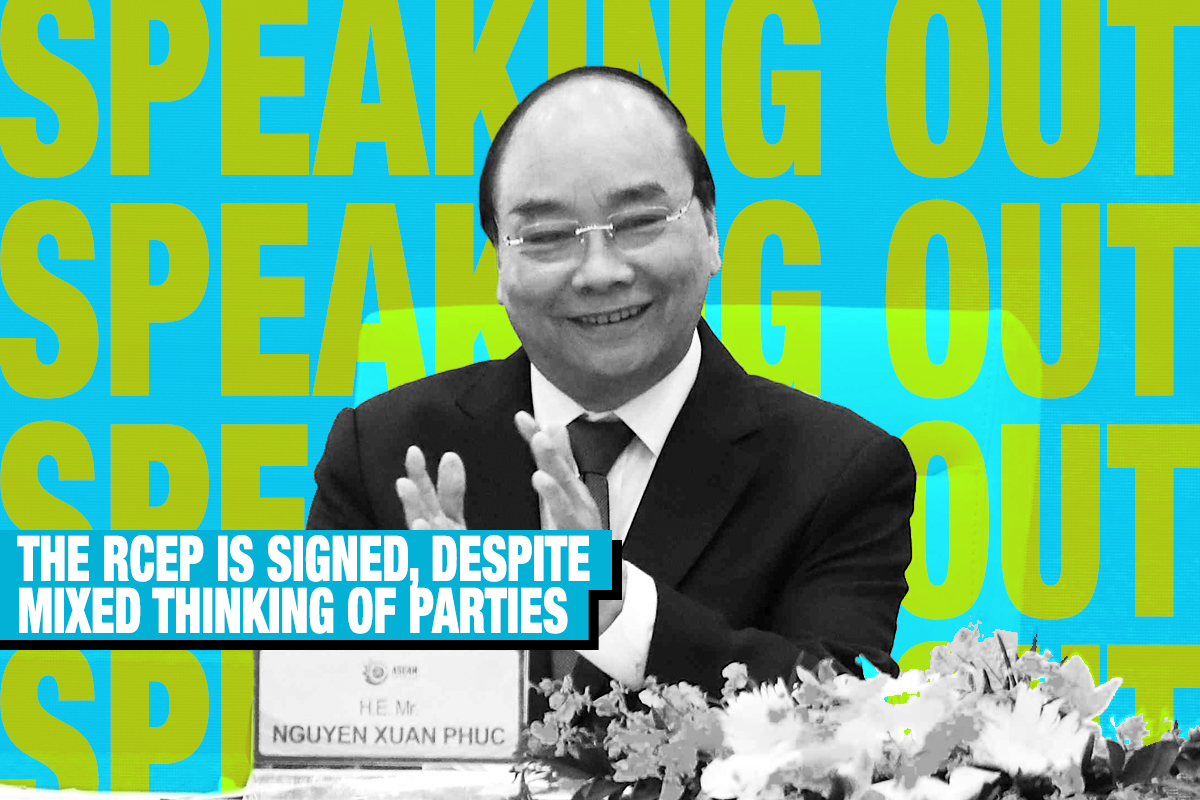 ~The RCEP shows progress in trade liberalization but should not be overrated.~

The average tariff reduction rate among the 15 signatories is limited to 91%. Rulemaking for trade and investment other than tariff reduction is also limited. Nevertheless, Japan has done a good job to have China accept some e-commerce rules.

The RCEP agreement is often explained as having been led by China. But such an explanation is a misperception, ignoring the history and realities of RCEP negotiations.

Originally, ASEAN took the initiative in launching RCEP negotiations and ASEAN centrality was clearly mentioned in a joint statement issued after the RCEP signing. As ASEAN has bilateral free trade agreements with the other RCEP participants, the RCEP agreement represents their integration. Moreover, no large power has forced its rules onto the others during the RCEP negotiations. The talks  have not been led by China.

Nevertheless, it is true that China had hoped to see an early agreement on the RCEP, not only because China felt upset about the TPP conclusion deemed by Beijing as a network of containing China, but also because an Asian framework excluding the United States is politically valuable for Beijing amid the China-U.S.  confrontation.

Chinese commentaries on the RCEP agreement are full of  insinuation against the U.S., boasting the agreement as amounting to “the victory of multilateralism and free trade.” Beijing even expressed interest in realistically impossible acceedence to the TPP as a political gesture.

Why has Japan agreed to conclude the RCEP negotiations? In fact, Tokyo has not willingly agreed, but rather postponed the agreement as long as possible.

An early RCEP conclusion has been desired most by none other than ASEAN. Significantly, ASEAN has been a centripetal force promoting the integration of the 10-country association.

Japan’s original thinking of bringing India into the RCEP as a counterbalance to China failed, as India refused to join the  agreement. At a time when the U.S. Trump administration has seemingly made light of ASEAN, Tokyo could not postpone conclusion of the RCEP and thereby risk becoming isolated from ASEAN. Japan’s isolation would only have pleased China. Tokyo had no choice but to agree to the conclusion of the RCEP.

The point now is how to deal with India, which withdrew from the RCEP. Japan needs to support India economically, as India is a key player for the Japan-advocated Indo-Pacific initiative.

In response, Tokyo launched the Japan-Australia-India Resilient Supply Chain Initiative. On September 1, the three countries agreed on a joint statement to negotiate specifics of the RSCI. But the three-nation initiative would be meaningless unless it is joined by ASEAN. Japan’s diplomacy in persuading ASEAN to take part in the RSCI will be tested.

The U.S., for its part, has seemingly taken a wait-and-see attitude  towards the RCEP, but might have been uneasy deep down. Historically, Washington has reacted quickly against any Asian framework excluding the United States.

U.S. President-elect Joe Biden has noted that the U.S. would have to cooperate with other democracies to set trading and investment rules to counter China’s growing influence.

I would like Washington to have a sense of crisis in the wake of the RCEP signing. I hope to see the sense of crisis having a positive impact on the incoming Biden administration’s attitude towards the TPP.

(A version of this article was first published by the Japan Institute for National Fundamentals, Speaking Out #740 (Special) on November 26, 2020.)

Masahiko Hosokawa is a professor at Meisei University and a former  director-general of the Trade Control Department at Japan’s Ministry of Economy,  Trade and Industry. He is also a Planning Committee member at the Japan  Institute for National Fundamentals.