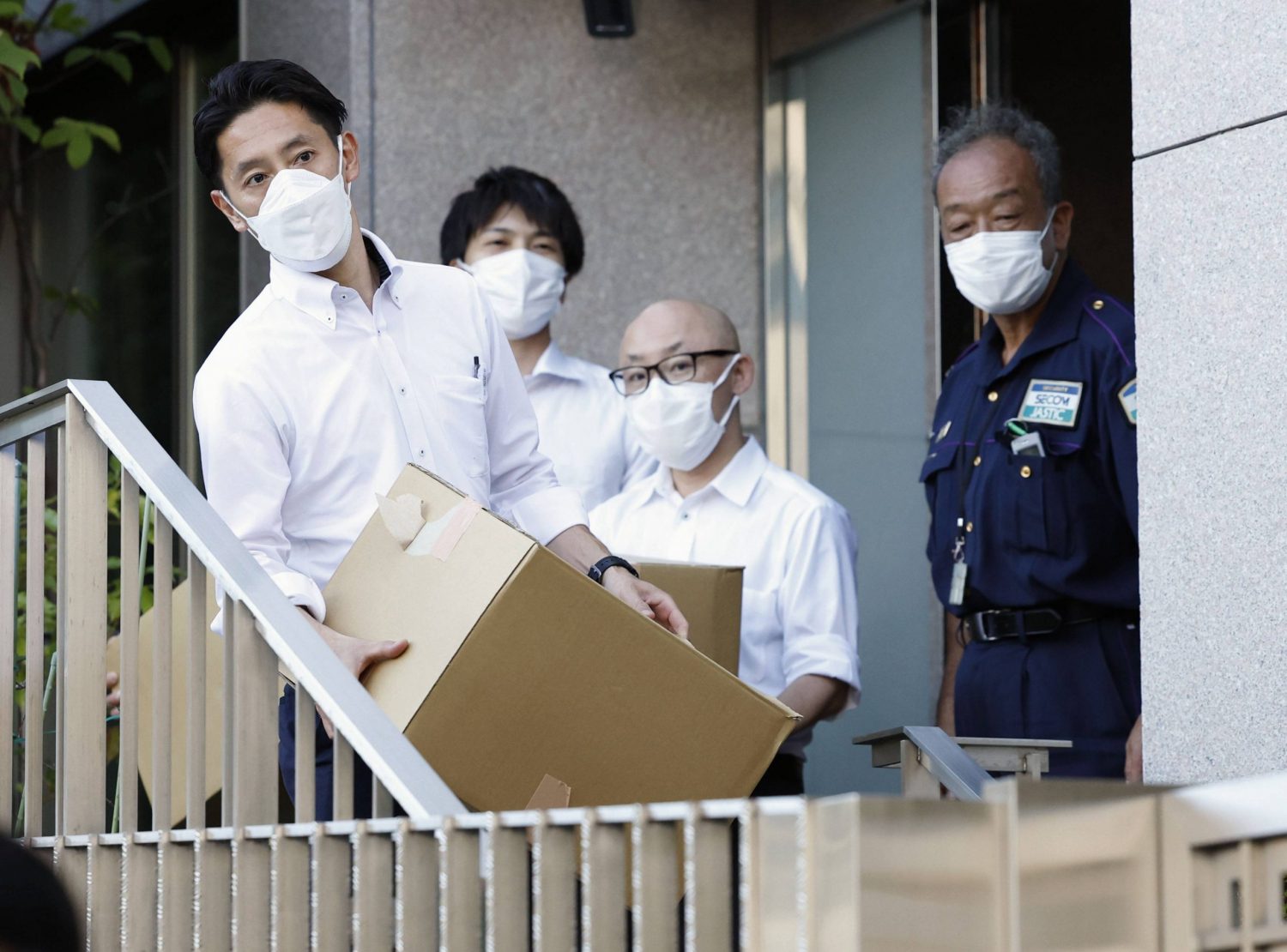 Officials of the Special Investigation Department of the Tokyo District Public Prosecutors Office search the house of Hironori Aoki, former chairman of Aoki Holdings Inc., which provided funds to the former director of the Tokyo Olympic and Paralympic Organizing Committee, and carry out confiscated items in Tokyo's Shibuya Ward on July 27. (KYODO)

Staging the Tokyo 2020 Olympic and Paralympic Games was an enormous and costly endeavor that involved huge investments by both the private and public sectors. It was not just one more fleeting sports event; rather, it was a national effort meant to leave an intangible heritage.

That being so, it is unforgivable that a handful of companies and individuals behind the scenes were scheming to improperly profit from this unparalleled festival of sports.

The Tokyo District Public Prosecutors Office on August 17 arrested former member of the Tokyo Olympics Organizing Committee Haruyuki Takahashi on suspicion of accepting bribes. Takahashi is a former senior managing director at Dentsu Inc., an advertising and PR firm with an unmatched presence in the sports world. He became well-known from his work to secure the 2002 FIFA World Cup, which Japan shared with South Korea.

The current scandal revolves around allegations that Aoki received highly preferential treatment in an Olympics sponsorship contract facilitated by Takahashi in return for a ￥51 million JPY ($380,000 USD) bribe paid into Takahashi’s private account. Aoki Holdings reportedly ended up paying far less for the privilege than other companies that became sponsors of the Games.

Tokyo 2020, which occurred just a year ago during the COVID-19 pandemic, won high marks from the global community not just for the performance of the Japanese team and the organizers, but also the efforts of the many volunteers who participated. The moving and exciting memories are still fresh.

That this wonderful testimonial to the “power of sports” should now be besmirched by this sordid scandal makes us truly indignant.

Not only must we clarify fully the patterns of wrongdoing, we must tear them out root and branch with all due speed.

Make It the Last Tainted Olympics

Tokyo 2020 is hardly the first case in which bids for the Olympic Games have been tainted by scandal. It is true that the non-transparent money flows surrounding bids for the Olympics and other major sports events have too often come to be viewed as a “necessary evil,” which the sports world is more than willing to turn a blind eye to.

The Japanese Olympic Committee and other sports organizations lack resources of their own and therefore have become excessively dependent on advertising and PR firms. Japan’s sports world certainly has a lot of self-reflection about how things have been done up to now.

Nonetheless, it is a great leap of logic to use the current scandal in order to criticize the holding of the Tokyo Olympics 2020 as a misbegotten effort that left a purely negative legacy.

The “power of sports” generated by the Games was far from small. And we should not completely reject everything about a sports spectacle which in fact was a rousing success.